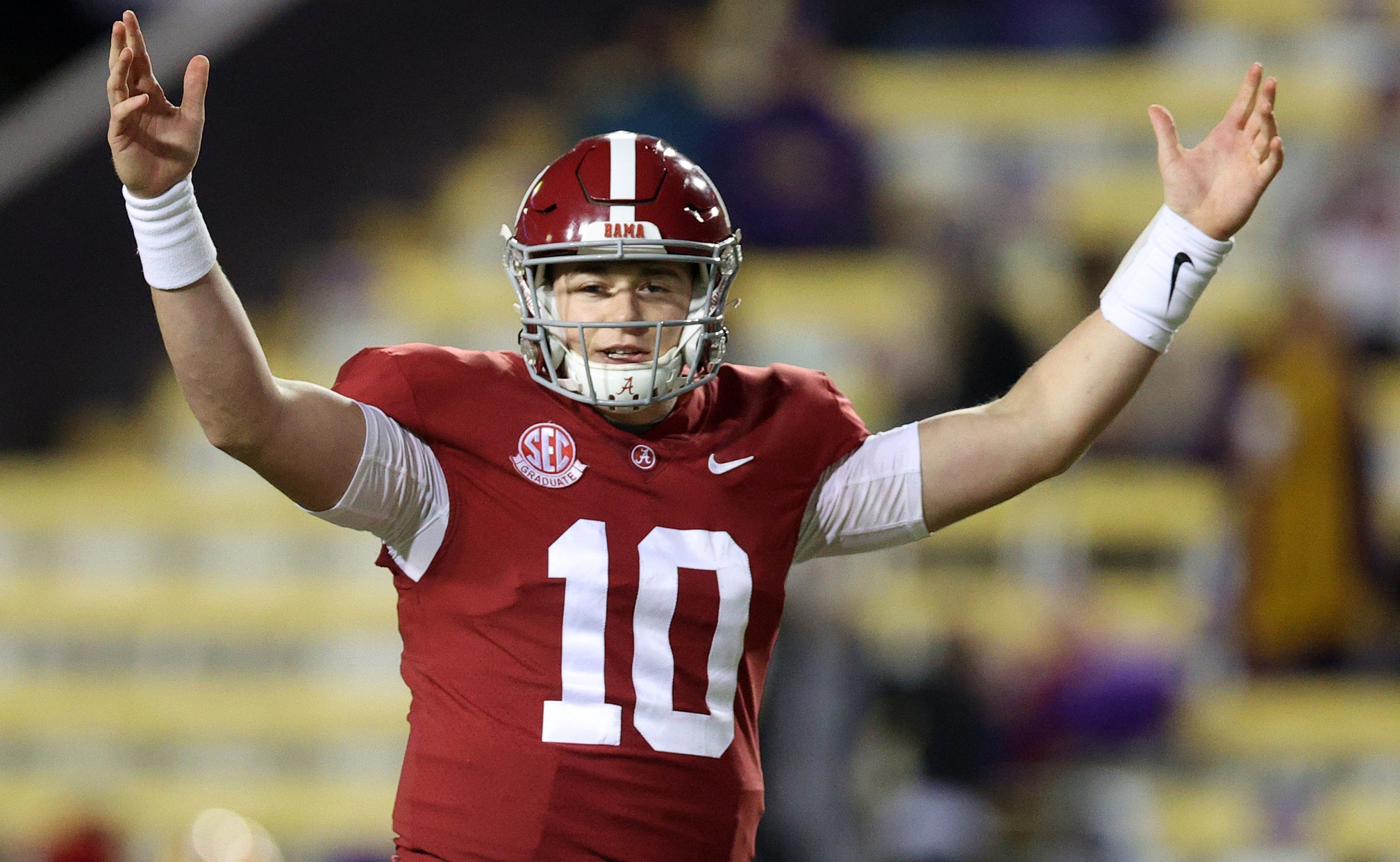 As winter nears and the College Football Playoff picture comes into focus, 'tis the season to cherish the precious few college football Saturdays we have left.

Fortunately, this weekend offered up one of the wildest plays of the season, a historic scoring occasion, and much more.

Let's check out all the top moments from Saturday.

Honestly, who throws a shoe?!

From there, the Tigers seized the momentum, as kicker Cade York uncorked a 57-yarder through the fog to knock off No. 6 Florida.

This might have been the craziest sequence of events in a single play this season – and the purest definition of playing until you hear the whistle.

Vanderbilt kicker Sarah Fuller became the first woman to score in a Power 5 game in college footbal history with this extra point attempt.

DeVonta Smith is not just a football player.

Chad Fotheringham showed off his athleticism with this big-time hurdle.

Colorado receiver Brendan Rice – the son of the great Jerry Rice – hit the hole and hit the end zone for an 81-yard score.

Rice was off and running today.

Hot start in the snow

Utah went 60 yards in six plays for six points to take an early lead over Colorado.

And the Gophers capitalized, as Mohamed Ibrahim broke through for the score.

Turned on the jets

Nebraska's Wan’Dale Robinson flew through the defense for a 47-yard run.

Colorado receiver La’Vontae Shenault might have just made the catch of the day.

Maryland's Jake Funk made the 44-yard house call to put the Terps back on top.

And the Nittany Lions roared en route to a 39-24 victory.

Ran away with it

UNC ran away from Miami

Literally, after this 65-yard ruhsing touchdown from Michael Carter gave them a 21-3 lead over the Hurricanes.

The Navy over the Army?

But Army held strong at the goal line to make sure Arline's long run didn't lead to a touchdown.

The flick of the wrist

Sam Howell makes it look effortless on this 87-yard hook up with Dyami Brown.

Playing the wrong side of the ball

If you're making plays like this on defense, you might need to play on offense as well.

UNC running back Javonte Williams channeled his inner-Marshawn Lynch with this run against Miami.

Off to the races

Nobody on Wisconsin was catching Iowa running back Tyler Goodson on this 80-yard touchdown run.

A first time for everything

Florida quarterback Kyle Trask has effortlessly thrown touchdown passes all season, so it was time for a new challenge on the ground.

Being in the right place at the right time pays off, as evidenced by this LSU interception.

The Mighty Get Mightier
Alabama’s dominant run to a national title proves that college football’s giants are here to stay, Martin Rogers writes.
2 days ago

Measuring Mac
Did Alabama quarterback Mac Jones' historic, title-winning season with the Crimson Tide prove he's a first-round talent?
2 days ago
those were the latest stories
Want to see more?
View All Stories
Fox Sports™ and © 2021 Fox Media LLC and Fox Sports Interactive Media, LLC. All rights reserved. Use of this website (including any and all parts and components) constitutes your acceptance of these Terms of Use and Updated Privacy Policy. Advertising Choices. Do Not Sell my Personal Info