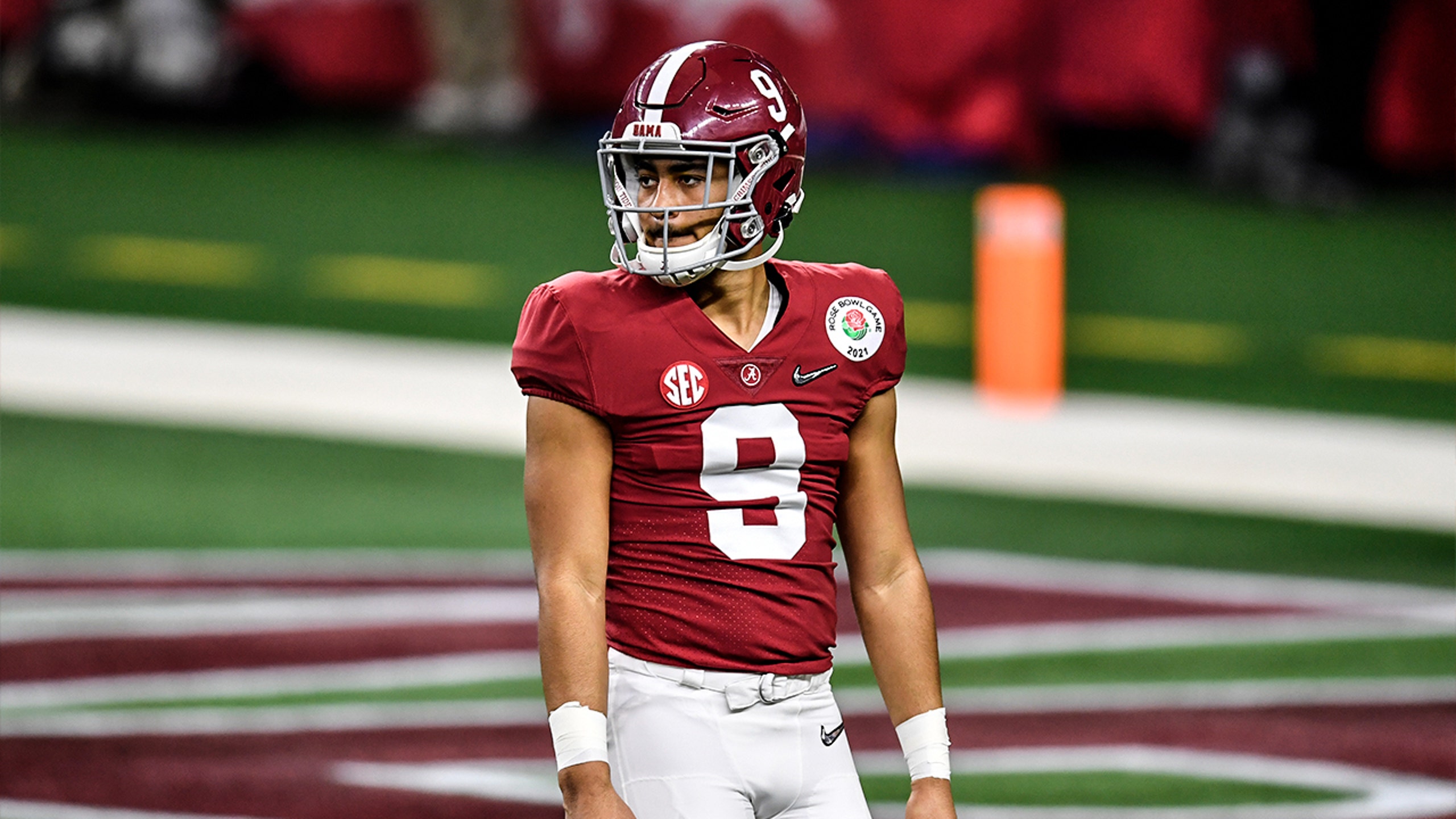 As the confetti started to fall in South Florida, signifying another national championship party for the Alabama Crimson Tide, college football betting traders were already turning the page to next season. 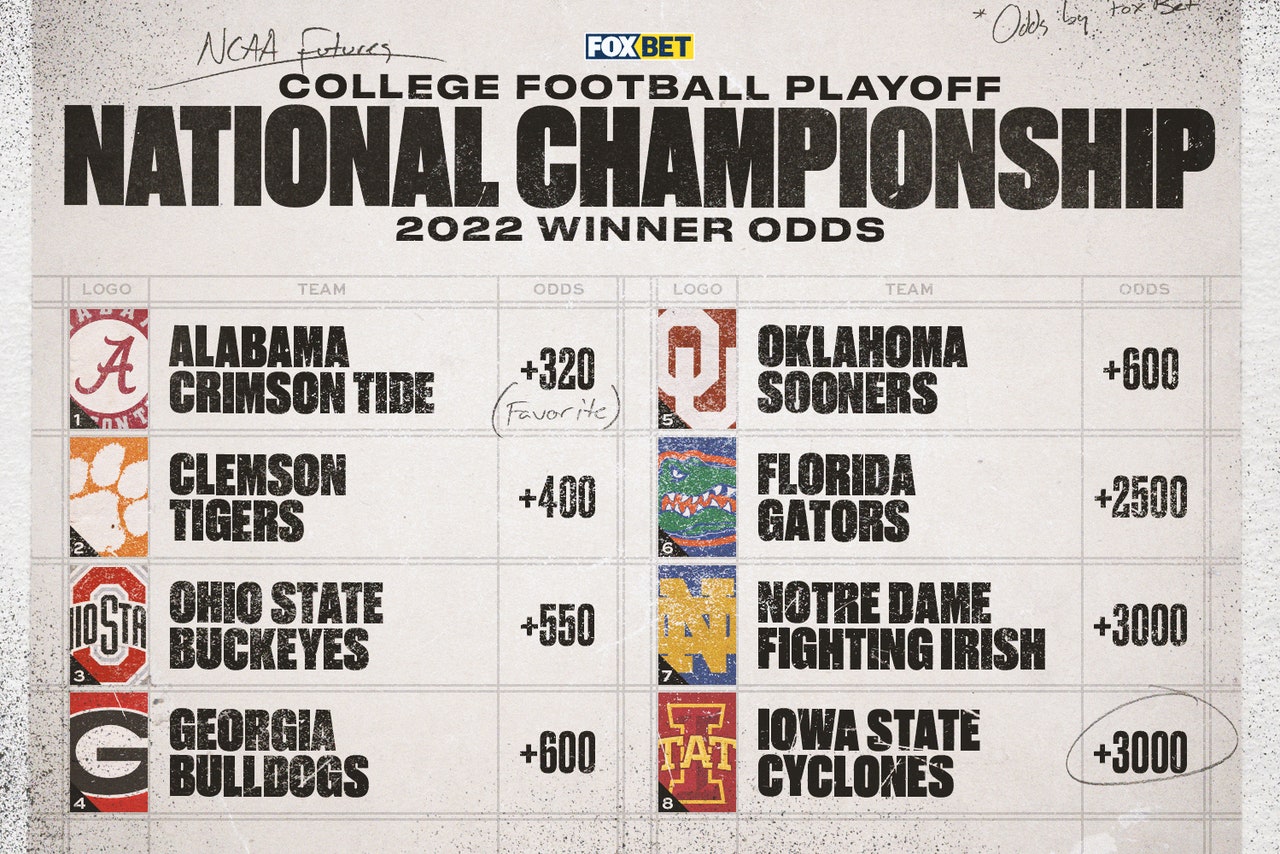 The FOX Bet trading room was finalizing the last-minute touches on its betting odds for next year’s national champion. It’s a topic pundits will debate heavily through the offseason and into the heart of the ensuing season.

Yet the futures book is open for business!

My advice to anybody examining the futures market is always the same: Bet the right team at the right price.

It always makes me laugh when somebody is itching for a winner on a random Wednesday in the NBA, but that same person refuses to bet a juggernaut such as Clemson at +400 before the season.

If the Tigers run the table in the ACC -- as they’re prone to do -- their odds to win the national title will continuously drop over the course of the season. That +400 price might seem low, but would you rather have +400 before they play a game or +250 when they’re 8-0?

I wouldn’t hate it if you stepped up to the plate to bet any one of the three teams at the top of the board. Even Ohio State at +550 makes sense because odds are good that the Buckeyes will plow through the competition in a Big Ten conference that they continue to dominate.

After all, the cream always finds a way to rise to the top in college football.

"Those three programs are all at the point where it’s easy for them to recruit and reload," FOX Bet content integration specialist Jacob Blangsted-Barner told me. "Players want to go there. And they’ve proven they win and they’ll get you to the NFL. Alabama, Clemson and Ohio State don’t need much explanation as to why they’re at the top.

"The other thing that always benefits Clemson is their conference. They only have one or two tough games a year. If they play up to their potential, they’re a serious contender every single season."

After the Big Three, it’s Georgia (+600) and Oklahoma (+600) before a massive drop down the page. Head coaches Kirby Smart and Lincoln Riley have proven that they’re very good recruiters who continuously put their programs in position to succeed. Each program is coming off a big bowl win, with the Bulldogs rallying back to win the Peach Bowl and the Sooners destroying Florida in the Cotton Bowl.

Many believe OU can take a leap next year with arguably the best quarterback in the country residing in Norman, Oklahoma.

"Oklahoma has [FOX Bet] Heisman favorite Spencer Rattler (+500) back at quarterback, and our trading team is pretty excited to see him in his second full year with Riley," Blangsted-Barner said. "The Sooners’ schedule is pretty easy, especially in the nonconference, in which things will be very, very easy for them. That puts them in a great position to make the playoff, given the way the system works."

Florida is next on the sheet at +2500. Dan Mullen’s squad lost its four best players on offense to the NFL. Tight end Kyle Pitts, quarterback Kyle Trask and wide receivers Kadarius Toney and Trevon Grimes are all out of Gainesville. The Gators will reload accordingly, but it’ll be a tall order to replace all that production and compete in the top-heavy SEC.

Then there’s Notre Dame. The Fighting Irish have proven time and time again that they can’t hang with the big boys. Since 2000, they have been outscored 219-74 in six bowl games against top-five teams. That includes their 30-3 loss to Clemson in the 2018 Cotton Bowl and their 31-14 loss to Alabama in the Rose Bowl on Jan. 1.

"They’re losing a lot of their starters, too," Blangsted-Barner added. "They’ve got a manageable schedule, though, which keeps the number from being even bigger. A lot of their tougher games are at home, so that keeps it from getting too high. Plus, people love to bet Notre Dame. But we think they’re going to suffer from the start."

After the Irish, it’s Iowa State at +3000. I’ve always been a big fan of head coach Matt Campbell, who is staying in Ames, despite definite interest from the NFL. Campbell knows deep down that his program has a chance to be very special next year, with quarterback Brock Purdy returning and that stingy 3-3-3 defense. This could be Campbell’s last shot before he bolts for the pros.

"We like Iowa State with everything they have returning," Blangsted-Barner said. "It really comes down to them beating Oklahoma for us. We’ve learned that the committee doesn’t love one-loss Big 12 teams, especially if it’s not Oklahoma. So for them to make the playoff, they have to run the table. We like the Cyclones, but they’ll have to be undefeated to get in, and that holds them back. A one-loss Georgia team could still get in. A one-loss Iowa State team? Probably not."

Personally, I think a pre-flop futures bet on Iowa State could prove to be a really strong investment. I’m convinced they can unseat Oklahoma and finally punch their ticket to the College Football Playoff. If they do, that 30-to-1 price will be long gone by December. Hell, you would be lucky to find 8-to-1 if the committee makes their day. That 30-to-1 in your back pocket would allow you to get creative with the proper hedging down the road to guarantee a profit.

The heavy hitters have reigned supreme in college football, but the sustained success of those programs also makes the odds on everybody else just a little bit sweeter.

Time to put your money where your mouth is.