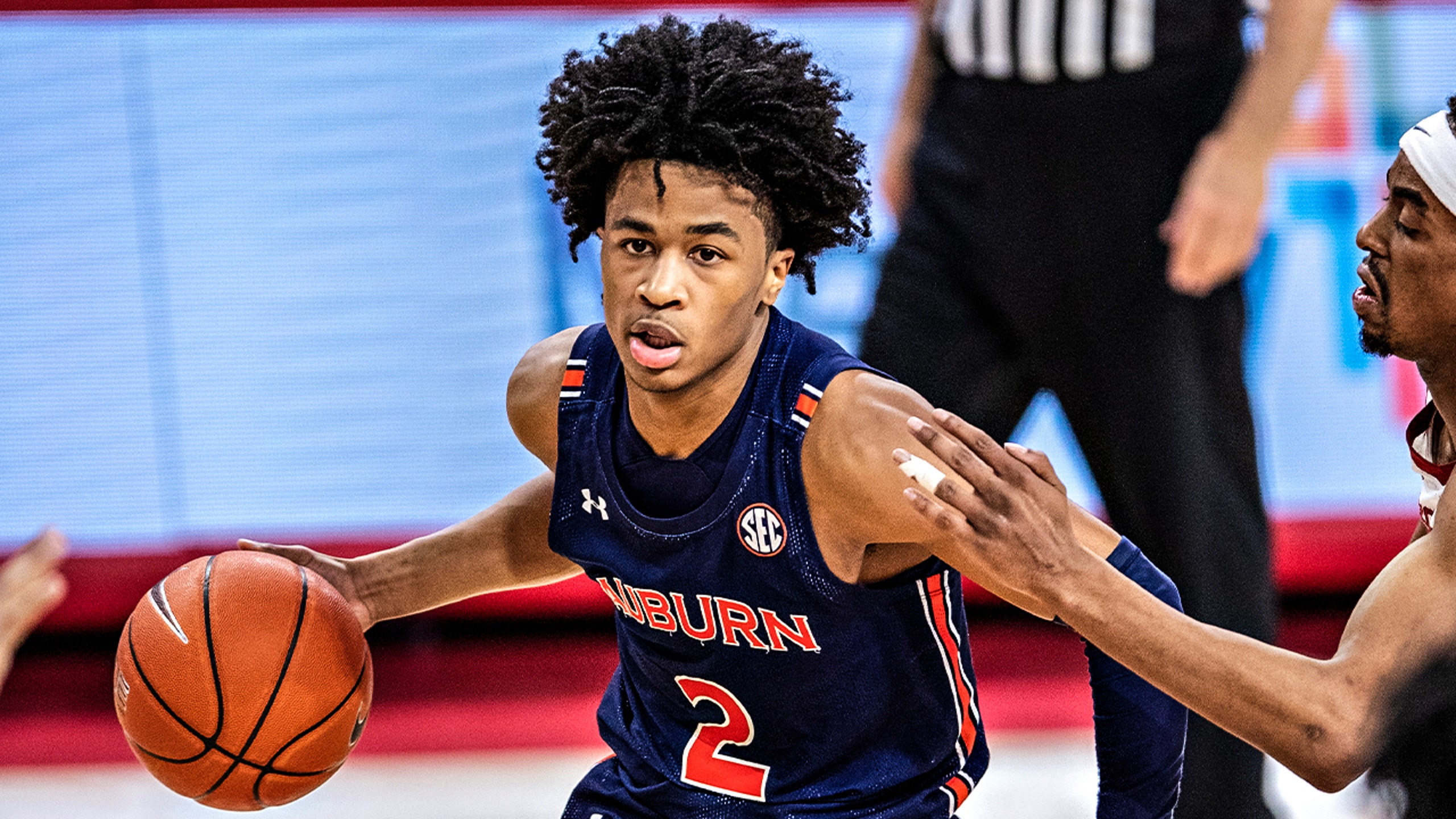 What Sharife Cooper lacks in height he makes up for in game.

And now, one more freshman wants a spot on the couch: Auburn guard Sharife Cooper.

Cooper arrived at Auburn as the highest rated recruit in program history, a consensus top-20 player in the incoming freshman class and a five-star recruit.

He missed the team's first 11 games of the season because of NCAA clearance issues, but he has more than made up for lost time since his return to the lineup.

Cooper – who is generously listed at 6-foot-1 and 180 pounds – is averaging 21.2 points and 9.0 assists per game and has transformed the Auburn offense overnight.

In their first 11 games, the Tigers reached the 90-point plateau only twice, but since Cooper has suited up, they have scored at least 90 points in three of five games, including 109 points in their win over South Carolina on Saturday.

Against South Carolina, Cooper had 10 points, 11 assists and five rebounds in the first half.

Cooper's play has caught the attention of the NBA and college basketball communities and has him being mentioned by some of the biggest names in the sport.

Most recently? Shaquille O'Neal on TNT's Inside The NBA.

Considering his masterful play, as well as his decorated resumé upon his arrival at Auburn, it's natural that talks of Cooper being a one-and-done-caliber freshman have begun.

ESPN NBA draft analyst Mike Schmitz spoke about Cooper's prospects at the next level during the Tigers' win Saturday over the Gamecocks.

"Sharife Cooper is show time with the ball in his hands, a shifty point guard with impressive court vision and the ball on a string. Cooper offers the ideal blend of scoring and playmaking at the point guard spot ... If he continues producing like this for Auburn, he is every bit of a first-round pick."

Although the Tiger's NCAA tournament prospects aren't great, as they currently sit at 9-7 overall and 3-5 in SEC play, there are still marquee matchups on the schedule for Cooper to continue to impress NBA scouts.

If Cooper can produce against some of the best teams in the country, the conversation could shift from whether he is a first-round pick to just how high the little man can soar.

America is about to find out.