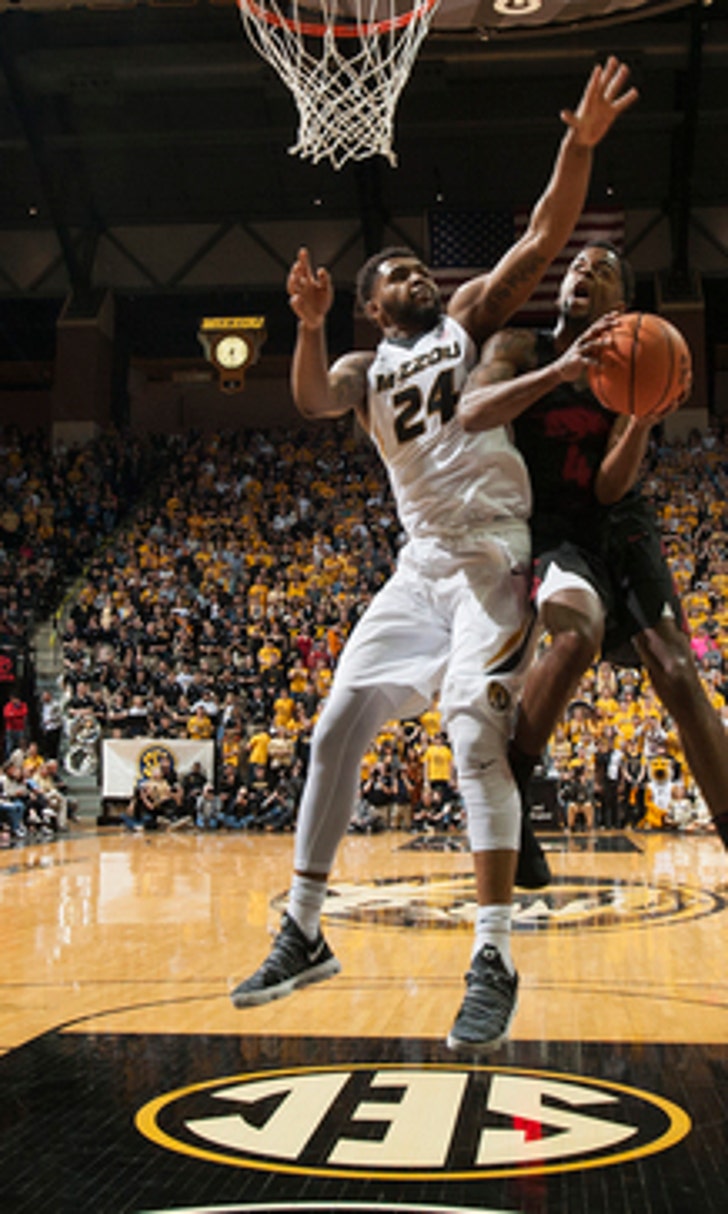 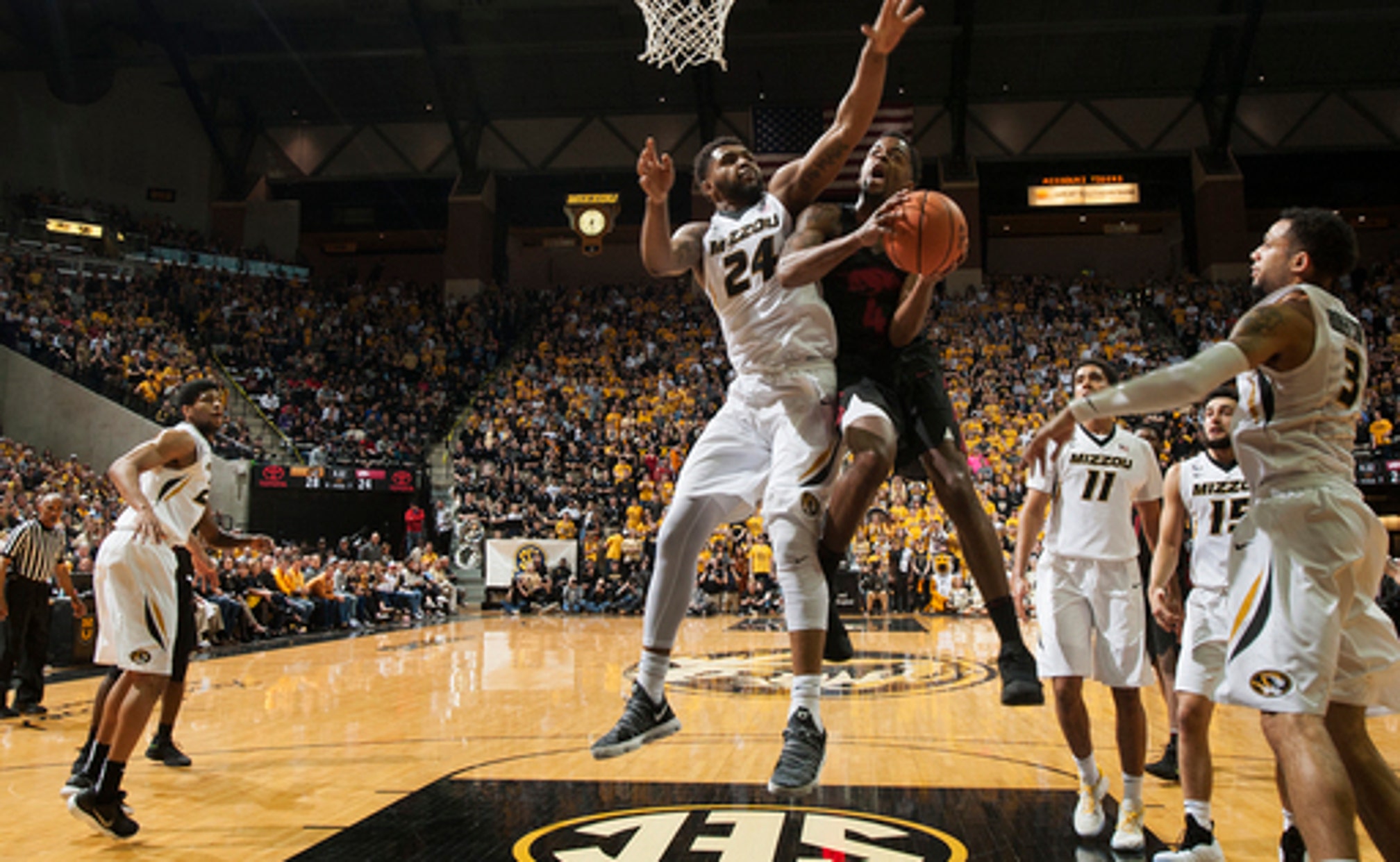 COLUMBIA, Mo. (AP) When Arkansas and Missouri faced off in January, the Razorbacks dominated the paint. They fouled out Missouri bigs Jeremiah Tilmon and Jontay Porter, and limited them to a combined nine points and seven rebounds.

On Saturday, Tilmon and Porter got their revenge. Porter scored 19 points, Tilmon added 17, the two each had eight rebounds and Missouri defeated Arkansas 77-67.

''We have enough to be as good as anybody as long as we're like this, and if those two stay out of foul trouble,'' Missouri coach Cuonzo Martin said.

Arkansas' Daniel Gafford played well in the post as well, scoring 16 points. But Gafford and the Razorbacks ran into foul trouble early. Missouri looked aggressive in the post, and the Tigers finished with a 37-25 rebounding advantage.

Gafford's 16 points led Arkansas (21-10, 10-8 Southeastern Conference), which tried to use the press to draw itself closer throughout the second half. It worked to an extent, but the Razorbacks couldn't stop fouling. The Tigers finished 27 of 33 from the free-throw line. Arkansas was just 12 of 15.

''I thought the biggest thing was the free-throw line,'' Arkansas coach Mike Anderson said. ''That can nullify a lot of things that you're doing well.''

Missouri built up an eight-point lead at the break with an 11-0 run midway through the opening half followed by a late 7-0 spurt. The Tigers also put together a 12-2 run with 9:05 left in the game.

Unlike in previous contests, the Tigers were able to pull away late. Arkansas was down six with 10:18 remaining, and couldn't pull any closer.

Arkansas: The Razorbacks had momentum following a win over No. 14 Auburn, which was their sixth win in seven games. But in a tough road environment, Arkansas had trouble defending Missouri's post players.

Missouri: After losing three straight, Missouri has now won its last two. The Tigers' bigs -- Porter and Tilmon - are heating up at the right time. If Missouri can continue to thrive in the paint, the Tigers will be a scary SEC tournament team.

After anticipation of a possible return against Arkansas, Missouri freshman forward Michael Porter Jr. didn't play Saturday. Porter returned to practice Feb. 23 and was cleared to play by doctors. Last year's top high school prospect has played just two minutes this season, coming in the team's opener against Iowa State. His possible appearance in the SEC tournament is still up in the air.

''Hopefully he gets right, he can join us and we can make a run at this thing,'' Michael's brother Jontay Porter said. ''It hurts him to see us hooping out there, having fun. But he's right there with us.''

Missouri's most valuable player this year has undoubtedly been senior guard Kassius Robertson, who averaged 17.7 points per game in conference play coming into Saturday. But, with his 19 points, 11 boards and 5-for-7 mark from 3, Jordan Barnett stood out among the seniors Saturday. Barnett has particularly locked down on defense as well, something Martin says sets him apart.

Arkansas will continue its season Thursday as the six seed in the SEC tournament.

Missouri will play Thursday as a five seed in the SEC tournament in St. Louis.