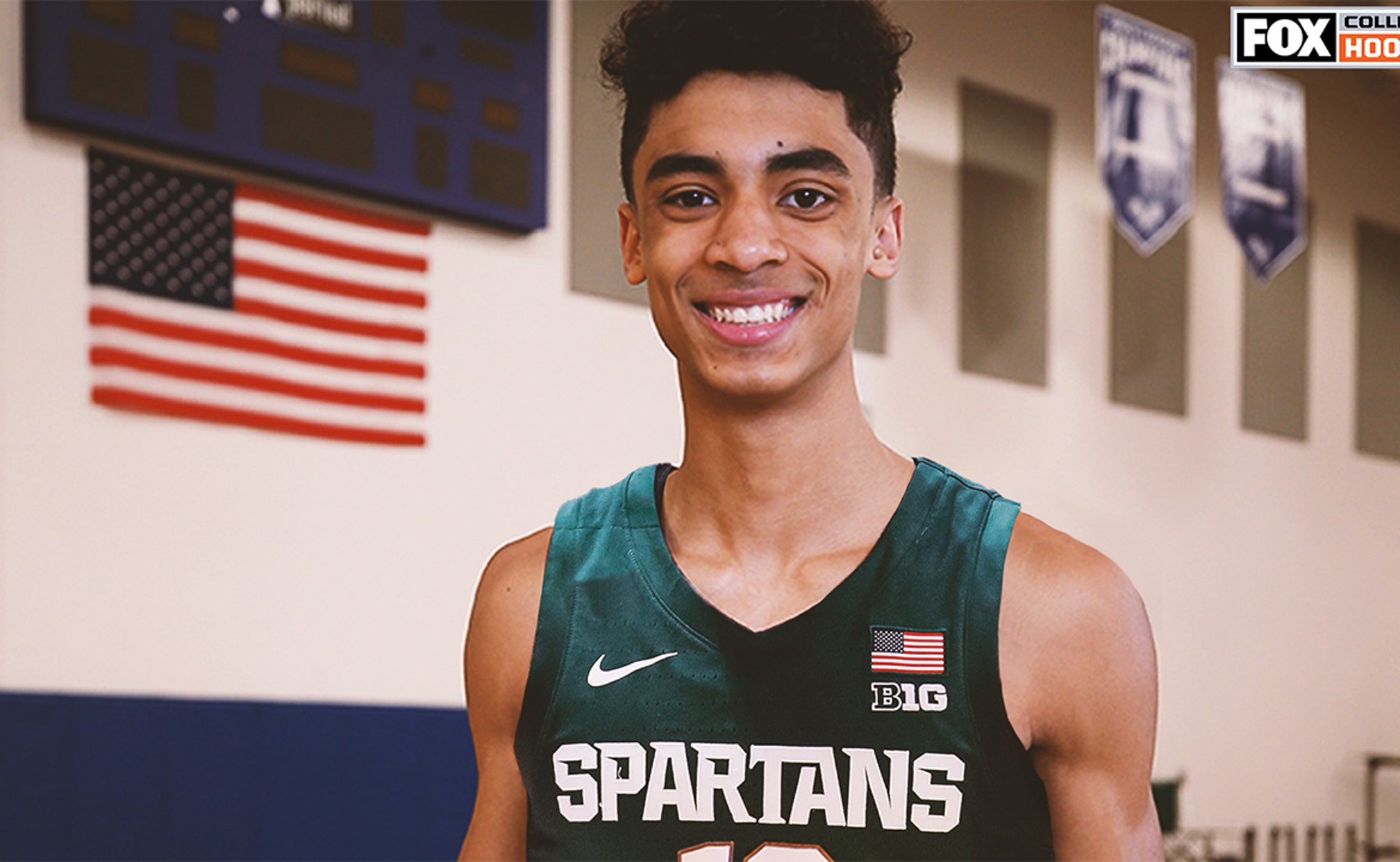 previous story
Did Mahomes Raise The Bar For QBs?
next story
What A Change In D.C. Could Mean
College Basketball

Michigan State, led by legendary head coach Tom Izzo, landed its second 5-star recruit in the past week on Tuesday, when class of 2021 shooting guard Max Christie announced that he would become a Spartan.

Speaking live with Andy Katz on FOX College Hoops Twitter, Christie said that he chose Michigan State based on how comfortable he felt with Izzo and the staff when he visited the campus.

"It just felt like a place that I was needed and that I wanted to go to. When I took my official visit, it was just that gut feeling that this was the place I was supposed to be ... I feel like Coach Izzo and his staff can push me to be the person I wanna be, on and off the court."

Katz also asked Christie if he would consider the G-League route if approached, which has recently been popularized by Jalen Green, Isaiah Todd and Daishen Nix, each top 15 recruits from the 2020 class, according to 247 Sports.

"I haven't gotten any offer from the G League and even if I did, I wouldn't take it. I want to go to college."

On June 30, Izzo and the Spartans landed a commitment from the most-prized amateur athlete in the college basketball world, rising junior Emoni Bates, the No. 1 player in the class of 2022 out of Ypsilanti, Michigan, widely-regarded as the best player in all of high school basketball, regardless of class.

Some doubt that Bates will ever step foot on a college campus, but if he does, there is a chance that he and Christie could lace them up side-by-side for the Spartans.

The 6'6" Christie is best known for his shooting stroke, evidenced by this performance with the USA Junior National Team last summer.

Christie was named to the Chicago Sun-Times All-Area Basketball Team after his junior year, and here is what the newspaper had to say about the junior sharpshooter:

Ranked in the top 15 in the country in the Class of 2021. Averaged 26 points, 12 rebounds, 4 assists and four blocks while shooting 65% from the field and 42% from three-point range. Led Mustangs to their first 20-win season in nearly 30 years.

Christie will spend one final season at Rolling Meadows High School – where he plays alongside younger brother Cameron, who also holds an offer from Michigan State – before taking his talents to Michigan State.