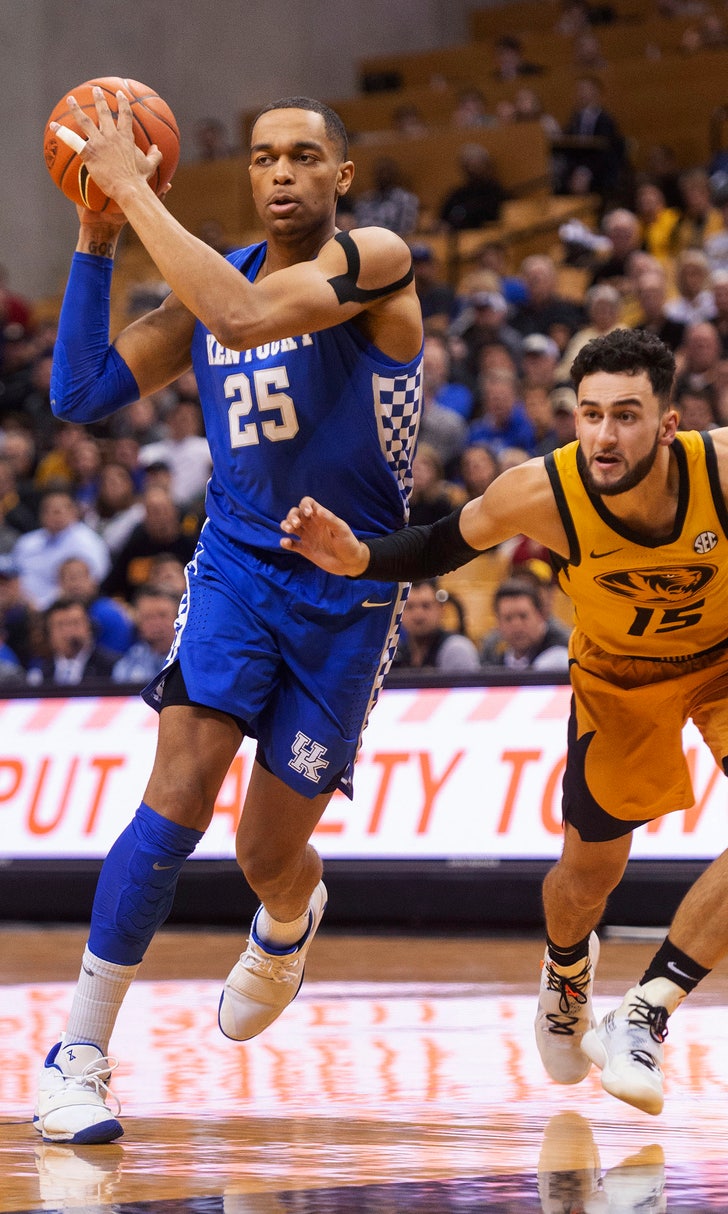 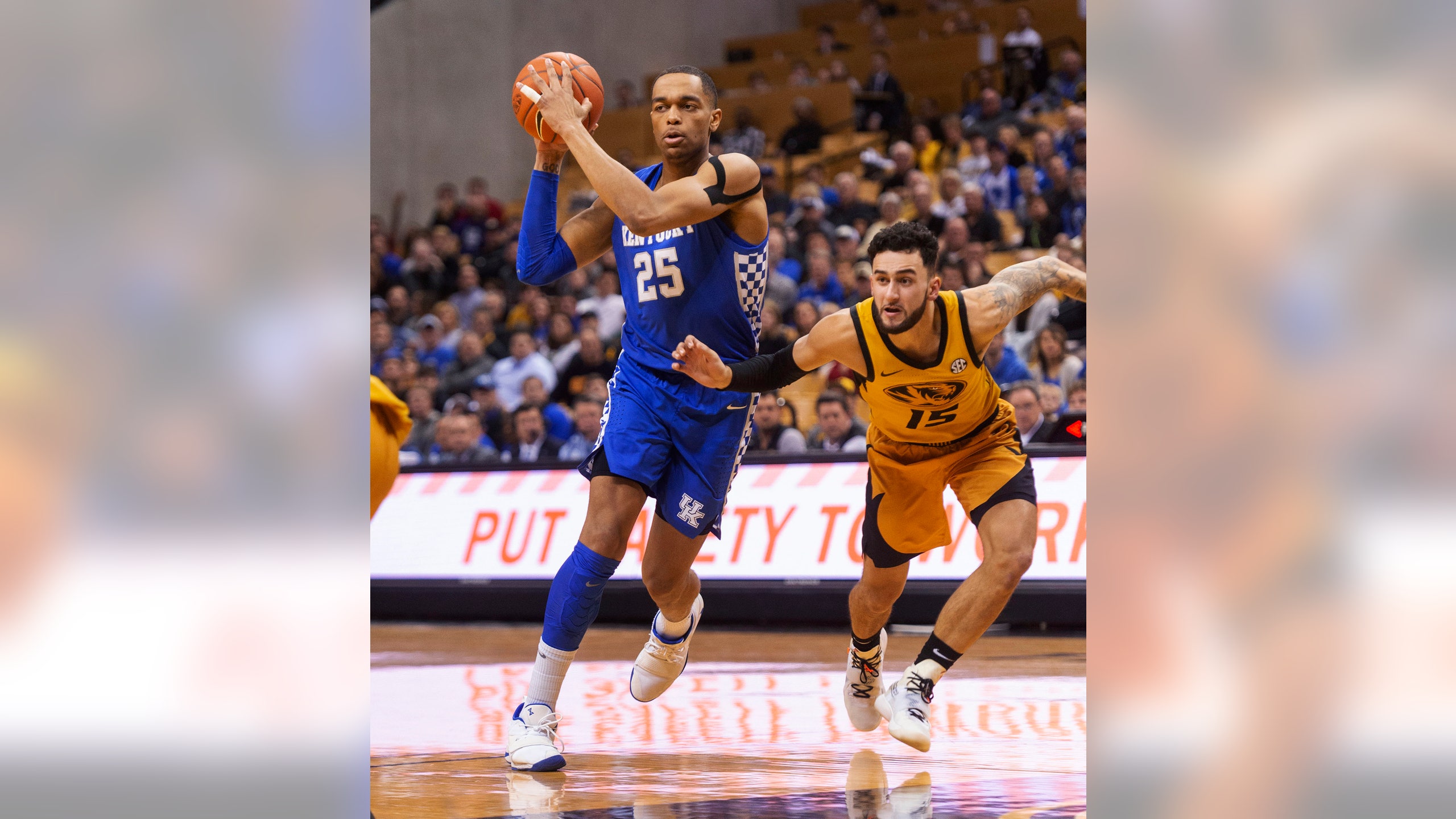 Kentucky's frontcourt depth will get tested without Travis

LEXINGTON, Ky. (AP) — The depth of No. 4 Kentucky's frontcourt will be tested in the next couple of weeks without injured forward Reid Travis

The fourth-ranked Wildcats have had success mixing combinations of starting forwards PJ Washington and Travis with reserves Nick Richards and EJ Montgomery. Now Travis is expected to be out two weeks with sprained right knee he suffered midway through the second half of Tuesday's 66-58 victory at Missouri.

Replacing the graduate transfer's 11.3 points and 6.9 rebounds per game is asking a lot from Richards and Montgomery, who average 7.6 points and 6.8 rebounds combined. Kentucky coach John Calipari wants both to defend the lane and the basket without fouling — especially the 6-foot-11 sophomore Richards, the likely starter.

"That's a hard lesson for anybody because we're down one guy," Richards said on Friday. "It's going to be hard for us to play aggressive and not get cheap fouls, because when four guys have foul trouble in the first half it's hard to win a game."

But everyone will have to play more minutes to fill the void created by Travis' absence.

The 6-8, 238-pound Travis was injured when a Kentucky teammate fell onto his right leg while trying to grab a rebound. He played a couple more possessions before leaving the game for good, and the Wildcats struggled to survive Mizzou.

The upside for Kentucky is that Richards and Montgomery continued to contribute plays indicative of their growing comfort zone on both ends.

Montgomery, a 6-10 freshman, is one of five Wildcats with at least 100 rebounds. He's slowly developing confidence in his jumper and had a career-best 11 points against South Carolina on Feb. 9.

"He's really the same player inside, just a lot more physical," guard Tyler Herro said of Montgomery. "He makes plays, he gets offensive rebounds and blocks shots. He really changes the game when he gets in."

Richards, who started all 37 games last season, leads Kentucky with 34 blocks. He has been more athletic in recent games, even displaying a spin move going to the basket.

That's one tangible effect of Richards working with associate coach Kenny Payne and going against Travis in practice. Calipari now seeks a payoff over longer stretches playing alongside the red-hot Washington, who has averaged 20.7 points and 8.1 rebounds the past nine games.

"He's got to be ready," the coach said of Richards. "I told him he's going to be begging Reid to come back quicker. But I think he'll be fine. I just said you've just got to get to where you can go a full game and that's who you are.

"I want him to use his quickness and his length and his ability to go get balls versus getting into mud wrestling."

Calipari said Kentucky has practiced with a smaller lineup and can use Herro and fellow guard Keldon Johnson at forward. The Wildcats' immediate concern is limiting Auburn (18-8, 7-6) and its perimeter game in Saturday's rematch at home.

"Can we get it inside enough to maybe get them in some foul trouble inside?" coach Bruce Pearl asked, "because they don't have an All-American coming off the bench."

Kentucky players won't speculate what might happen beyond this weekend. But the Wildcats are confident that Washington, Richards and Montgomery provide the length and depth to handle the inside over the final five games.

Said Richards, "It's time for guys to step up in other roles."

All Aboard the Baylor & Gonzaga Train
When it comes to college basketball, Gonzaga and Baylor appear to be head and shoulders above the rest, Mark Titus writes.
1 hour ago