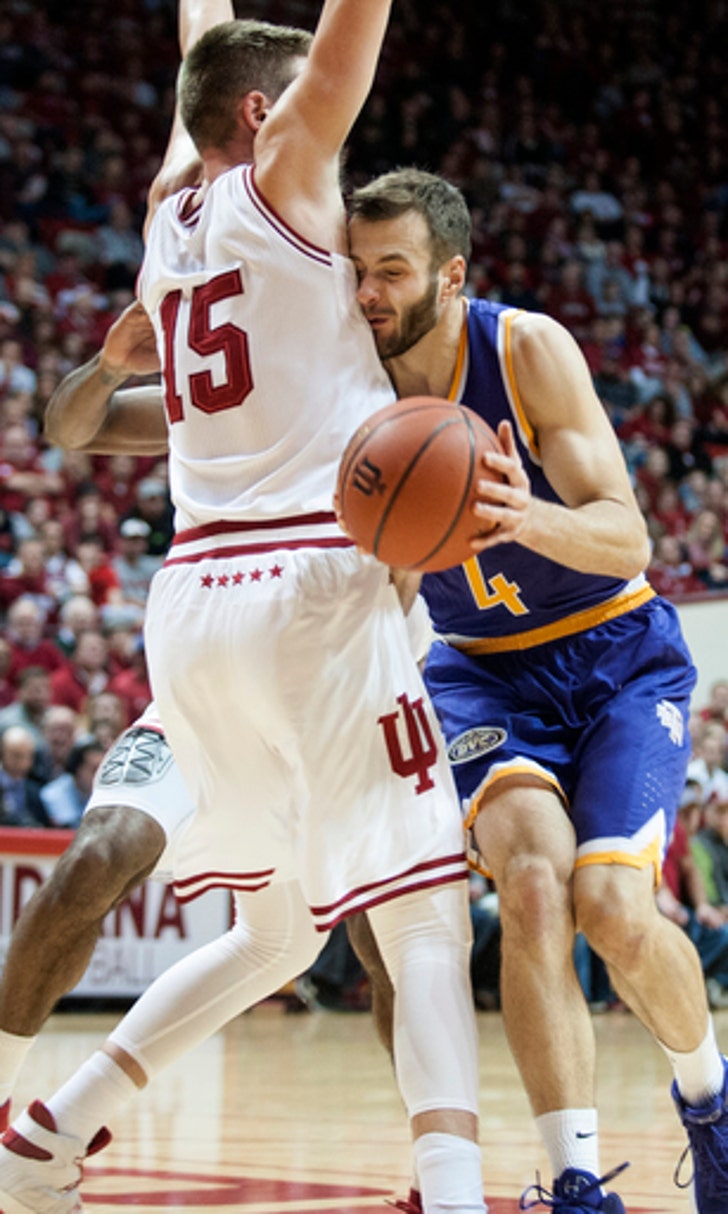 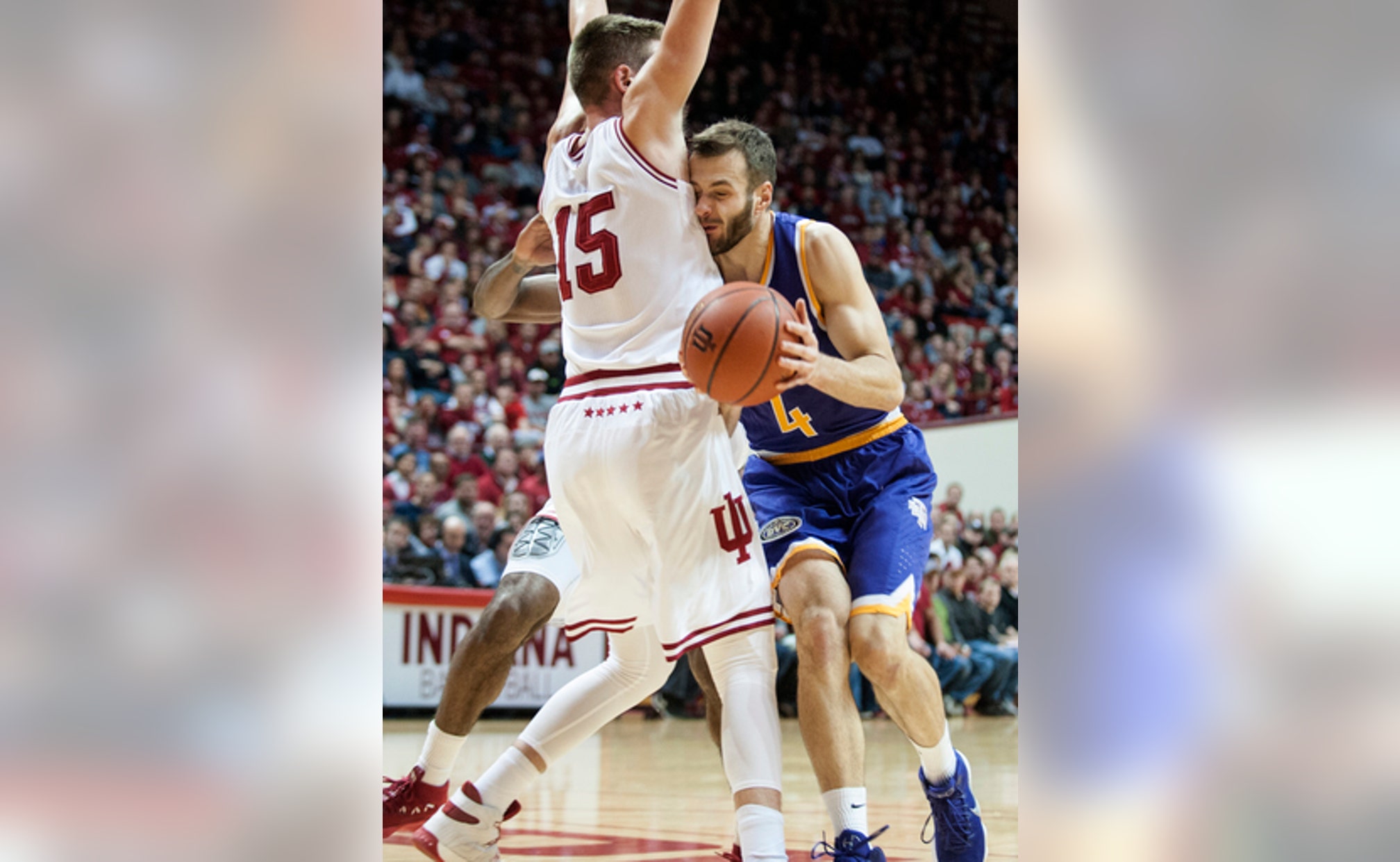 BLOOMINGTON, Ind. (AP) They were admittedly a bit testy the past couple of days, especially in practice, where the Indiana Hoosiers got after each other and tried to distance themselves from such an embarrassing loss.

Three days after being taken apart 92-72 by Fort Wayne at home, coach Archie Miller's team bounced back with a cathartic 87-59 rout of visiting Tennessee Tech on Thursday.

''It's been a tough couple of days, not just for our players but our program,'' the first-year Indiana coach said.

What did he learn about his enigmatic Hoosiers (7-6), who have lost five games by double digits but also won four by at least the same margin?

''I think I'm going to have to be a raving lunatic every day, regardless of whether you win by 30 or you lose by 30. It's got to be the same,'' Miller said. ''I'm probably going to have a lot of headaches over the next couple of months.''

''It was very important,'' Newkirk said of how his team played after being blown out by a smaller in-state school that hit 17 3-pointers. ''We had to respond.''

''They responded from the game against Fort Wayne,'' said Tennessee Tech coach Steve Payne. ''They were more like the team that beat Notre Dame and played Duke (with) effort. That is what you want your team to do.''

''I thought their energy defensively was outstanding,'' Payne said of the Hoosiers.

Tennessee Tech missed seven of eight shots to fall behind 25-15. The Golden Eagles managed to cut the deficit to 27-24 with a 9-2 run, but Indiana answered with an 11-2 spurt as Newkirk scored four and Johnson sank a 3-pointer for a 38-26 Hoosiers lead at halftime.

Tennessee Tech: Missed an opportunity for its best start since opening 9-4 in 2001-02. The Golden Eagles also dropped to 1-5 in away games. Tennessee Tech has never defeated Indiana in four meetings nor has it knocked off a Power Five conference opponent since Oregon State on Dec. 16, 2007.

Indiana: One home win against an underdog won't erase the memory of losing so badly to Fort Wayne, but it's a start. The Hoosiers needed a confidence boost, especially when considering they have only one non-conference game remaining before the start of Big Ten play.

Tennessee Tech: Aleksa Jugovic, the team's leading scorer this season, managed just seven points on 2-of-6 shooting. He entered with a 14.3-point average. . The Golden Eagles shot just 24 of 64 (37.5 percent).

Tennessee Tech: ''"We didn't respond the way we should have. Indiana had a lot to do with that,'' Payne said.

Indiana: ''Josh Newkirk had a hard couple of practices, forcing him to compete and forcing him to get out of his foul trouble and just not being able to lead us out there more. He was very good tonight. When we have decent guard play, we're a lot better,'' Miller said.

Indiana sophomore forward De'Ron Davis flashed an amused but uncomfortable grin after being struck in the left groin while making a first-half hook shot. He hobbled down the floor, laughing and grimacing at the same time, and assured the coaching staff he was OK. The Hoosiers sat him down and applied a large bag of ice to the area.

Davis returned and finished with nine points and five rebounds in 12 minutes.

Indiana: Hosts Youngstown State on Dec. 29 in final non-conference game on the schedule.

Why Kentucky's Loss Wasn't An Upset
The No. 10 Kentucky Wildcats suffered a loss to the unranked Richmond Spiders. But was the defeat really that shocking?
1 hour ago

College Basketball's Top Plays: Season Tip-off
From the No. 1 prospect's debut to a 3-pointer two years in the making, check out the best moments from opening day.
3 days ago
those were the latest stories
Want to see more?
View All Stories
Fox Sports™ and © 2020 Fox Media LLC and Fox Sports Interactive Media, LLC. All rights reserved. Use of this website (including any and all parts and components) constitutes your acceptance of these Terms of Use and Updated Privacy Policy. Advertising Choices. Do Not Sell my Personal Info