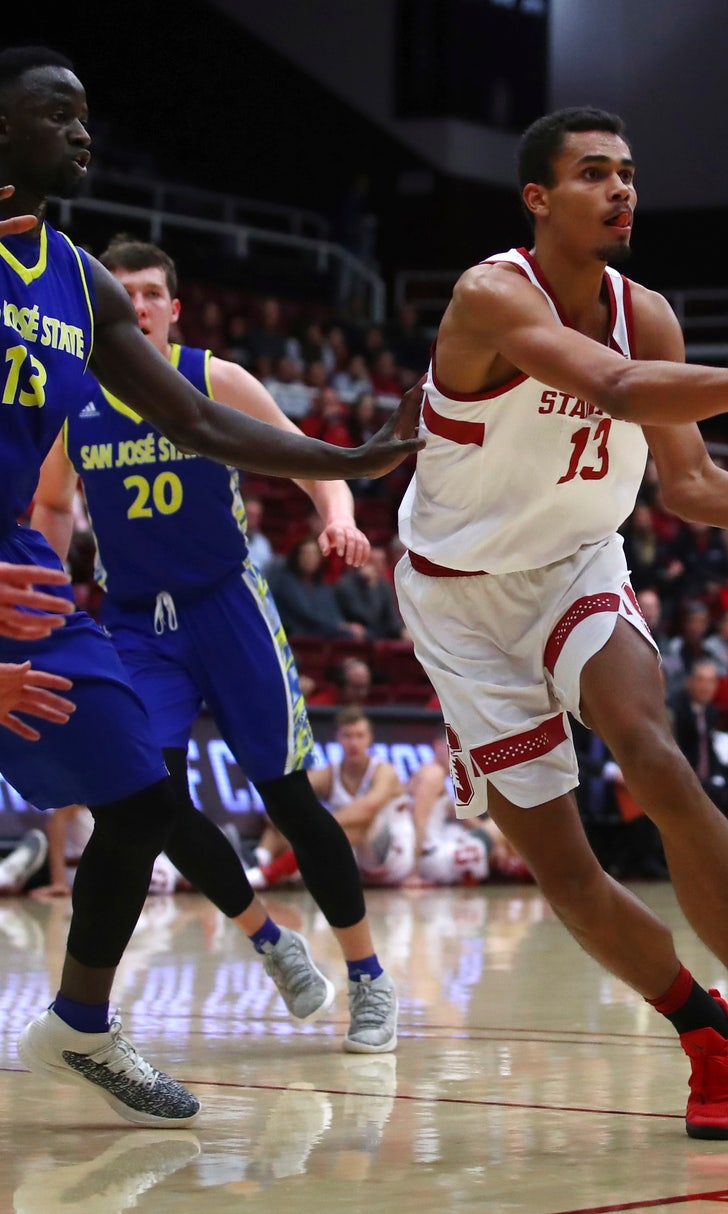 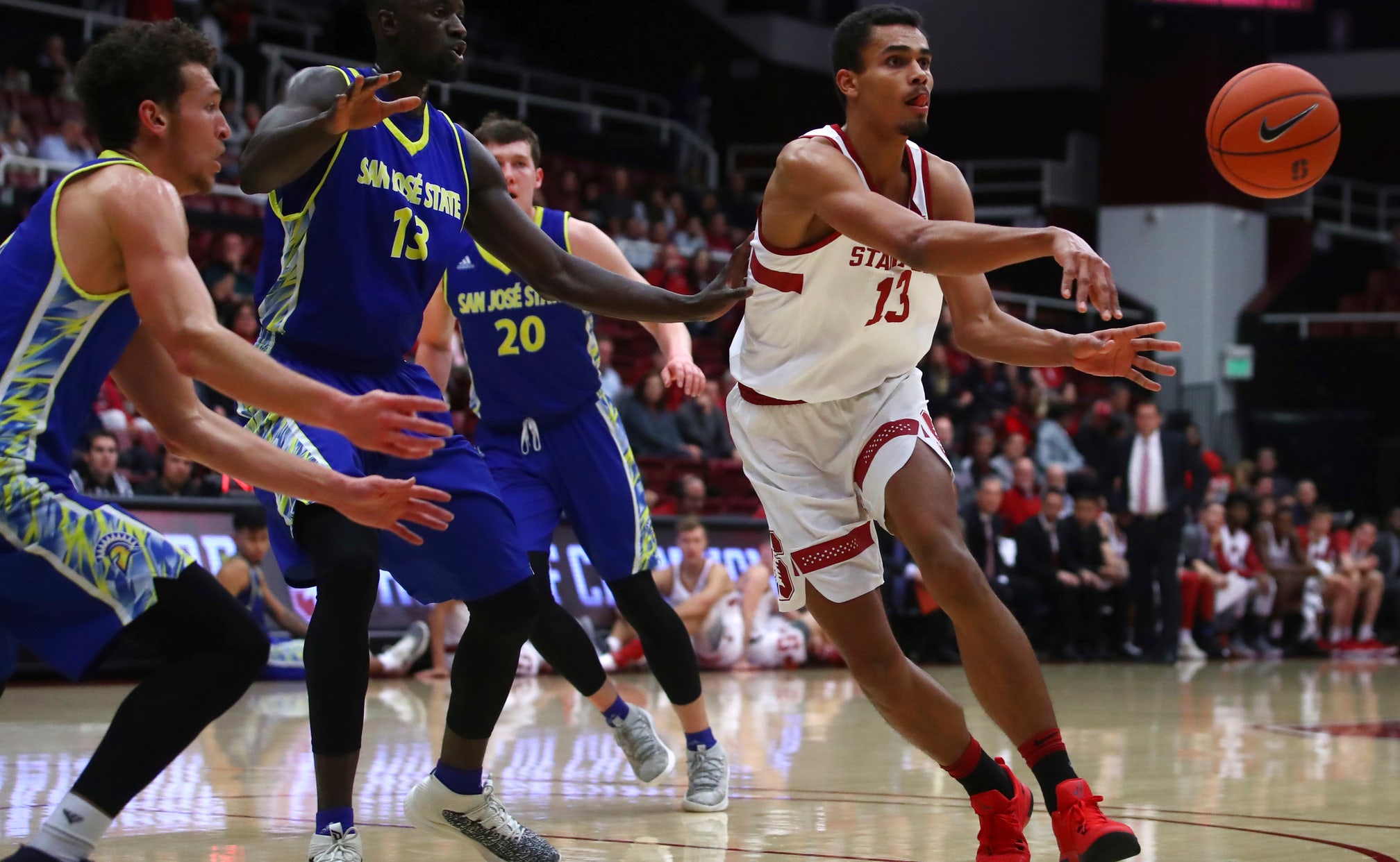 "Most of my shots were wide open," Da Silva said. "I think it was more a collective effort. Tonight was my night."

"He came in not shooting the ball well," Prioleau said. "We were packing the paint looking to defend the high percentage shots. At the end he was missing his shots but we weren't able to get the rebound."

Daejon Davis added 14 points and eight assists for the Cardinal (6-4), who have won four of their last five.

"Daejon was sick and he battled tough," Okpala said. "He came in and killed it and we rallied behind him."

Michael Steadman, who attended high school just across the bay, had 17 points and 11 rebounds and Oumar Barry added 15 points and 10 rebounds to lead the Spartans (3-7), who had won their previous two games. Craig LeCesne added 16 points and Brae Ivey and Noah Baumann each had 11.

"This is a familiar setting for me," Steadman said. "I went to a few games here growing up. I like playing around the Bay Area."

Da Silva, who was a combined 7 of 21 from the floor in his previous two games, made his first eight shots, including six from 3-point range, before cooling off.

"The motivation is that Oscar has put the time in over the past two weeks getting reps," Stanford coach Jerod Haase said. "The motivation should be for everyone on the team if they put in quality work, good things are going to happen."

Da Silva hit a 3-pointer with 10:04 remaining in the contest to give Stanford a 47-44 lead, which it never relinquished, though the Spartans kept it close.

Okpala hit a 3-pointer as the buzzer sounded to give the Cardinal a 34-33 advantage.

San Jose State is in a stretch of three games in which it visits Stanford, California and St. Mary's before the end of the year. The Spartans hosted neighboring Santa Clara earlier in the season. ... Two of the Spartans losses are by a combined three points. ... Freshman Christian Anigwe is the younger brother of No. 14 California senior Kristine Anigwe.

Stanford freshman Cormac Ryan, who averages 11 points a game, missed Tuesday's contest with an ankle injury. Haase said he did not know how long he would be out. ... Da Silva recorded his second career double-double and his first in just over a year. ... Stanford played consecutive home games for the first time this season. ... The Cardinal played the Spartans for the first time since 2006 and for the 51st time overall.