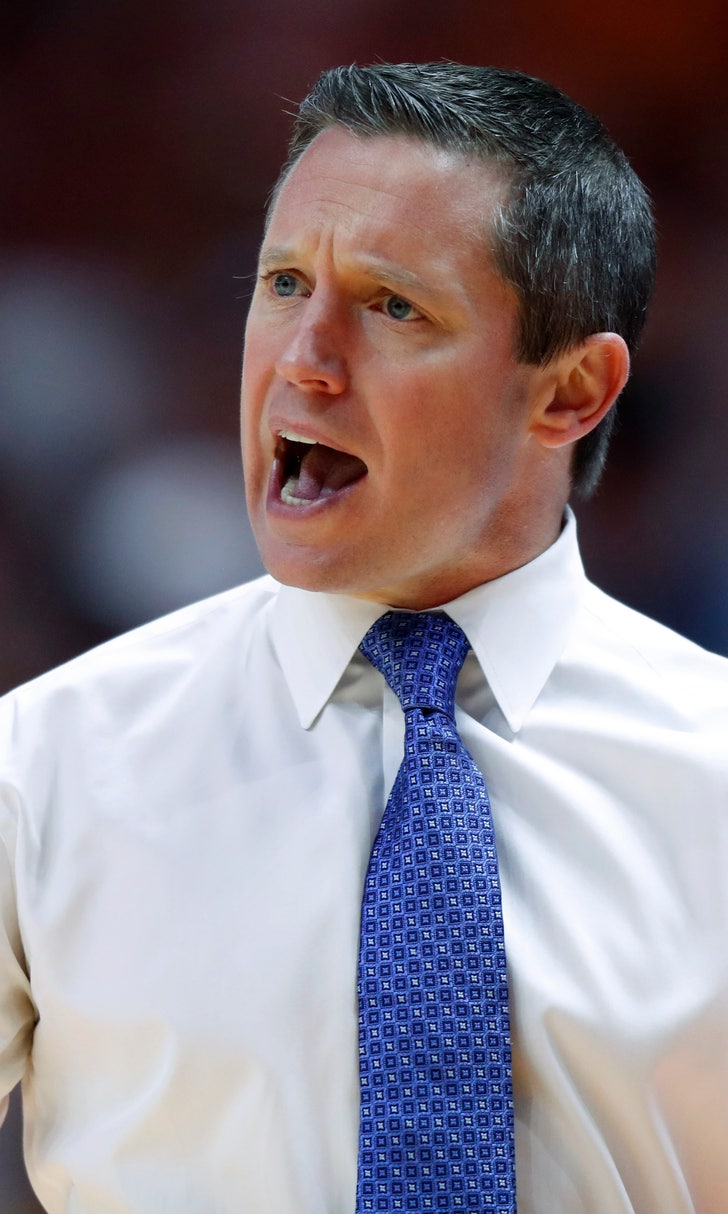 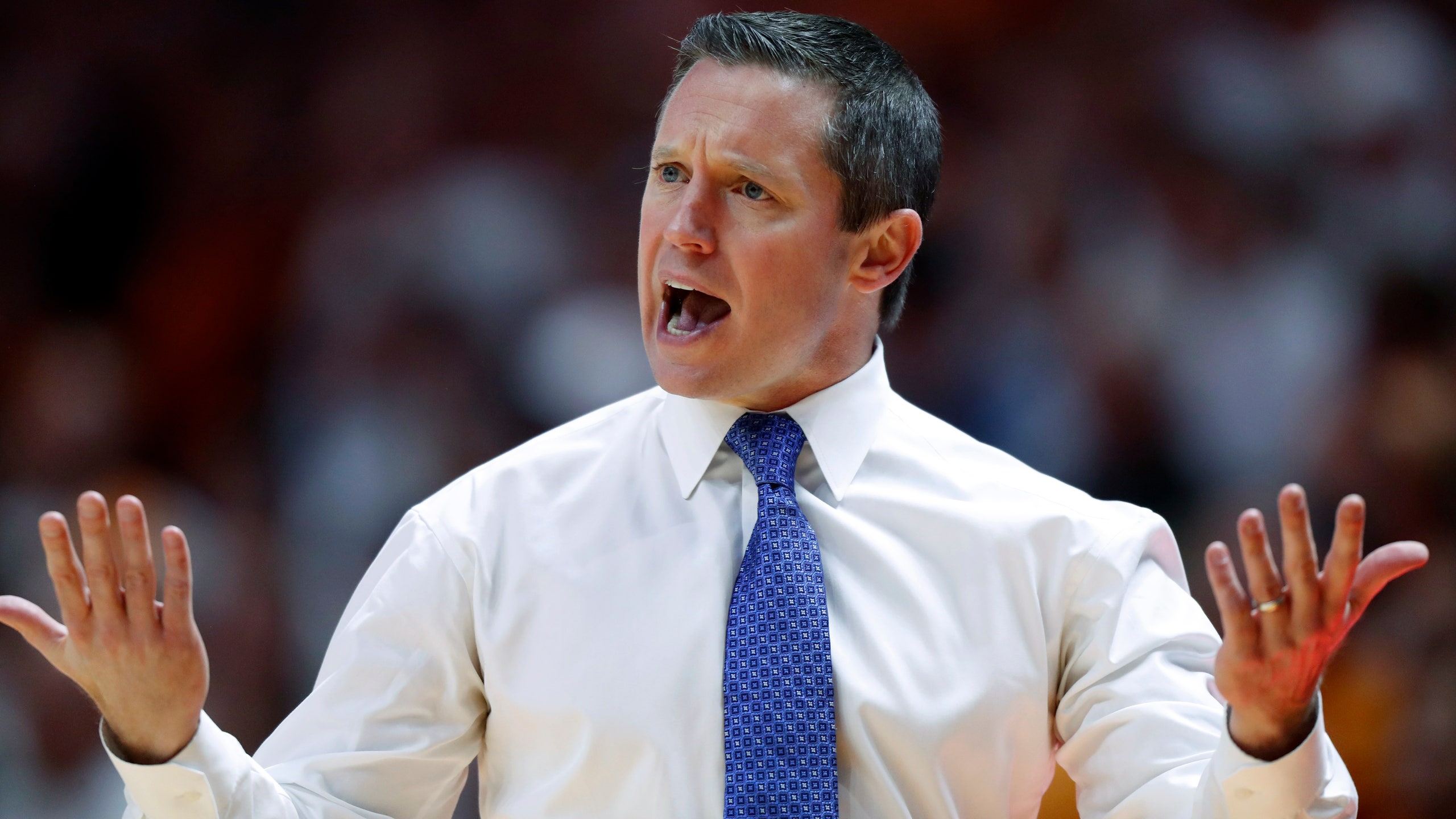 RALEIGH, N.C. (AP) — Florida coach Mike White spent the first three months of the season watching his Gators burn through just about any cushion they had in building a viable NCAA Tournament resume.

Now, with roughly three weeks until Selection Sunday, his team is coming off a big win positioned to secure a bid with a strong finish — even if White is trying not to say much about it.

"We've made a big offensive jump," White said after Wednesday's overtime win at No. 13 LSU. "We've gotten more connected. I think our locker room has gotten a little healthier. ... Everything else will take care of itself. I guess I'm just focused on the process rather than the results."

Things haven't come easily all season for Florida (15-11, 7-6 Southeastern Conference), starting with a 21-point loss to Florida State in a sign of the confounding issues ahead in White's fourth year.

In the following weeks, White publicly fretted about his team's confidence during a two-loss stay in the Battle 4 Atlantis in the Bahamas. He benched last year's leading scorer Jalen Hudson and sounded uncertain of what to expect from his players each time out to start the league schedule.

Picked to finish fifth in the SEC, the Gators sat at just 12-11 after losing at then-No. 1 Tennessee on Feb. 9. But they've won three straight games — the past two coming on the road — to build some momentum with Hudson playing better of late and the Gators starting three freshmen for the first time since 1999.

As of Friday, Florida sits at No. 31 in the new NET rankings — a more analytical formula replacing the RPI this year — and has the 29th-ranked strength of schedule. But Florida owns just a 3-10 record against resume-topping Quadrant 1 opponents.

That's where this week's win at LSU, Florida's first against a ranked opponent after six losses, was so critical. And the Gators have two more shots at quality wins with the rematch against LSU (March 6) and a trip to No. 4 Kentucky (March 9).

In the meantime, they have three games with more ability to hurt a resume with losses than help it with wins: Saturday against Missouri (No. 92 in NET), Wednesday at Vanderbilt (No. 132) and March 2 against Georgia (No. 118).

As of Friday morning, Florida appeared as a No. 11 seed in BracketMatrix.com's average of more than 100 tournament projections.

"If our guys are looking at that stuff," White said before the LSU win of the postseason pursuit, "they're worried about the wrong stuff."

Mississippi State: The Bulldogs (19-7, 7-6 SEC) were 4-6 in the league but are looking good with eight Quadrant 1 wins while riding a three-game winning streak.

San Francisco: The Dons (21-6, 9-4 West Coast Conference) have won four straight since a blowout loss to No. 2 Gonzaga. Ranked 48th in NET, they need to keep winning with an 0-4 record against Quadrant 1 opponents.

Temple: The Owls (19-7, 9-4 American Athletic Conference) have won four of five in coach Fran Dunphy's final season, though they're just 1-5 against Quadrant 1 teams.

Minnesota: The Gophers (17-10, 7-9 Big Ten) have stumbled through February with five losses in six games.

Oregon State: Amid the Pac-12's miserable season, the Beavers (16-9, 8-5) had won four of five only to stumble Thursday against UCLA. Oregon State is No. 85 in the NET with more Quadrant 3 losses (three) than Quadrant 1 wins (two).

UCF: The Knights (19-6, 9-4 American) are in good position to earn their first NCAA bid since 2005, but they missed a chance to help themselves with Thursday's loss at Cincinnati (No. 25 in NET). Lacking a noteworthy win, UCF is 39th in NET but still has games with No. 9 Houston and Cincinnati in March to help its cause.