Rotowire: Jun 16, 8:01a ET
News: Holm inked a three-year, entry-level contract with Winnipeg on Monday.
Impact: Holm posted a 20-10-0 record and .914 save percentage in 31 appearances for SHL club Farjestads BK. The 21-year-old is set to remain overseas for the upcoming season but then could make the jump to North America and start suiting up for AHL Manitoba in 2021-22. While the sample size is limited, the Swedish netminder may be worth stashing away in deeper dynasty leagues. 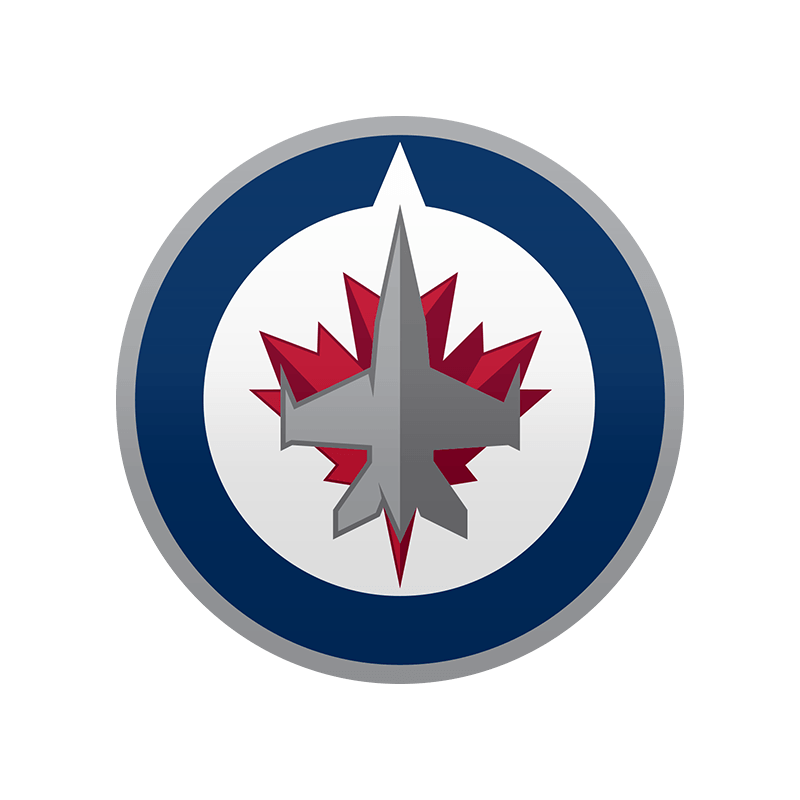 Kristian Reichel WPG
Rotowire: Jun 15, 1:11p ET
News: Reichel inked a two-year, entry-level contract with Winnipeg on Monday.
Impact: After going undrafted out of the WHL, Reichel spent the past two seasons playing for AHL Manitoba, in which he garnered 27 points in 94 outings. The center shouldn't be expected to make an immediate jump to the NHL and figures to log some more time in the minors with the Moose before making his debut for the Jets.

Declan Chisholm WPG
Rotowire: Jun 01, 8:14a ET
News: Chisholm agreed to terms on a three-year, entry-level contract with Winnipeg on Monday.
Impact: Chisholm was set to become an unrestricted free agent at the close of business Monday if the club didn't sign him. After Chisholm set career highs in goals (13) and assists (56) in 59 appearances for OHL Peterborough this season, the club certainly didn't want to lose the blueliner's rights after drafting him in the fifth round of the 2018 NHL Draft. While he could earn an extended look during training camp ahead of the 2020-21 campaign, the 20-year-old will likely start the year with AHL Manitoba.

Kyle Connor WPG
Rotowire: May 31, 8:49p ET
News: Connor amassed 38 goals and 73 points in 71 games this season.
Impact: Connor has officially emerged as a legitimate superstar and is arguably the best NHLer who's not yet a household name. His goals and points were both tops on the Jets, as were his whopping 239 shots -- which ranked 10th in the league. The Michigan native has now reeled off three straight 30-plus-goal seasons (31, 34 and 38), which should dispel any doubts about his staying power as a constant scoring threat and elite fantasy asset. If the NHL is able to hold its 24-team playoff, poolies would be wise to roll with Connor in Winnipeg's play-in series against Calgary.

Sami Niku WPG
Rotowire: May 27, 2:10p ET
News: General manager Kevin Cheveldayoff believes that Niku (lower body) is now healthy, Scott Billeck of the Winnipeg Sun reports.
Impact: Niku was dealing with a lower-body injury prior to the NHL's suspension of play, but he should be a full participant when the Jets' unofficial training camp gets underway in July. The 23-year-old blueliner has notched five helpers in 17 games this season.

Bryan Little WPG
Rotowire: May 27, 2:04p ET
News: Little (ear) remains status quo for the postseason as the team awaits more test results, Scott Billeck of the Winnipeg Sun reports.
Impact: After missing the start of the season with a concussion, Little played in just seven games before he took a puck to the side of the head, which has sidelined him since early November. The Edmonton native was expected to miss the remainder of the 2019-20 campaign, but with the league going on hiatus, he could still be cleared in time for the Jets' play-in clash with Calgary.

Luca Sbisa WPG
Rotowire: May 27, 2:03p ET
News: General manager Kevin Cheveldayoff believes Sbisa has recovered from the upper-body injury he was dealing with prior to the suspension of the NHL's season in mid-March, Scott Billeck of the Winnipeg Sun reports.
Impact: Sbisa missed Winnipeg's final 10 games prior to the league's stoppage with an upper-body issue, but he's had over three months to recover at this point. The Jets have a ton of options at defense, so it currently isn't clear where the 30-year-old Italian will fit into the lineup once postseason play gets underway.

Dustin Byfuglien WPG
Rotowire: Apr 17, 8:39a ET
News: Byfuglien and the Jets have reached an agreement to terminate that remainder of the defenseman's contract.
Impact: Byfuglien and Winnipeg were mired in a grievance due to the player's refusal to report to training camp this fall, and subsequent ankle surgery without team approval. The Minnesota native was suspended by the team and hasn't appeared in an NHL game since April 20, 2019. While Byfuglien could look to sign with another club this offseason, he has reportedly been considering retirement as well.
Quick Links
Winnipeg Jets Player News: Center