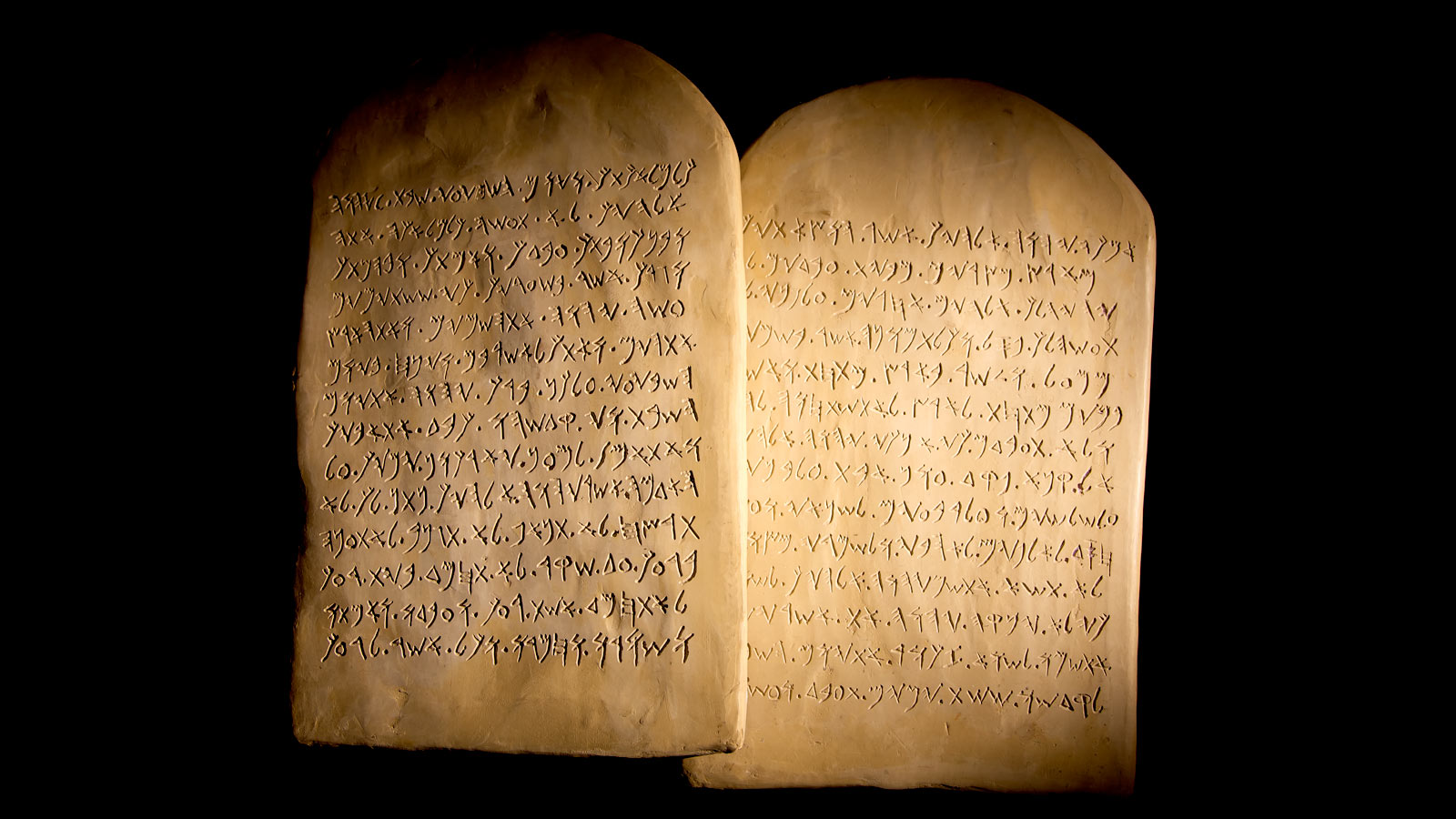 Congratulations [Insert Name here] on making it to the NFL! As a new member of the [Insert Team Here] you have entered into a new world and you will continue the proud tradition of the finest sports league in existence.

However, with this new world comes new rules and responsibilities. Being an NFL player means living up to those responsibilities 24 hours a day, without fail. Fortunately, you are not alone.

We want to make the transition to your new-and-exciting-life as pain-free as possible. So we’ve come up with a handy guide that delineates proper conduct as a player. If you follow these rules, there’s no doubt you will excel on the field and also enjoy the perks of being a professional athlete.

Without further ado, here are the "10 Commandments For An Incoming NFL Rookie."

1. Thou shall not drink and drive 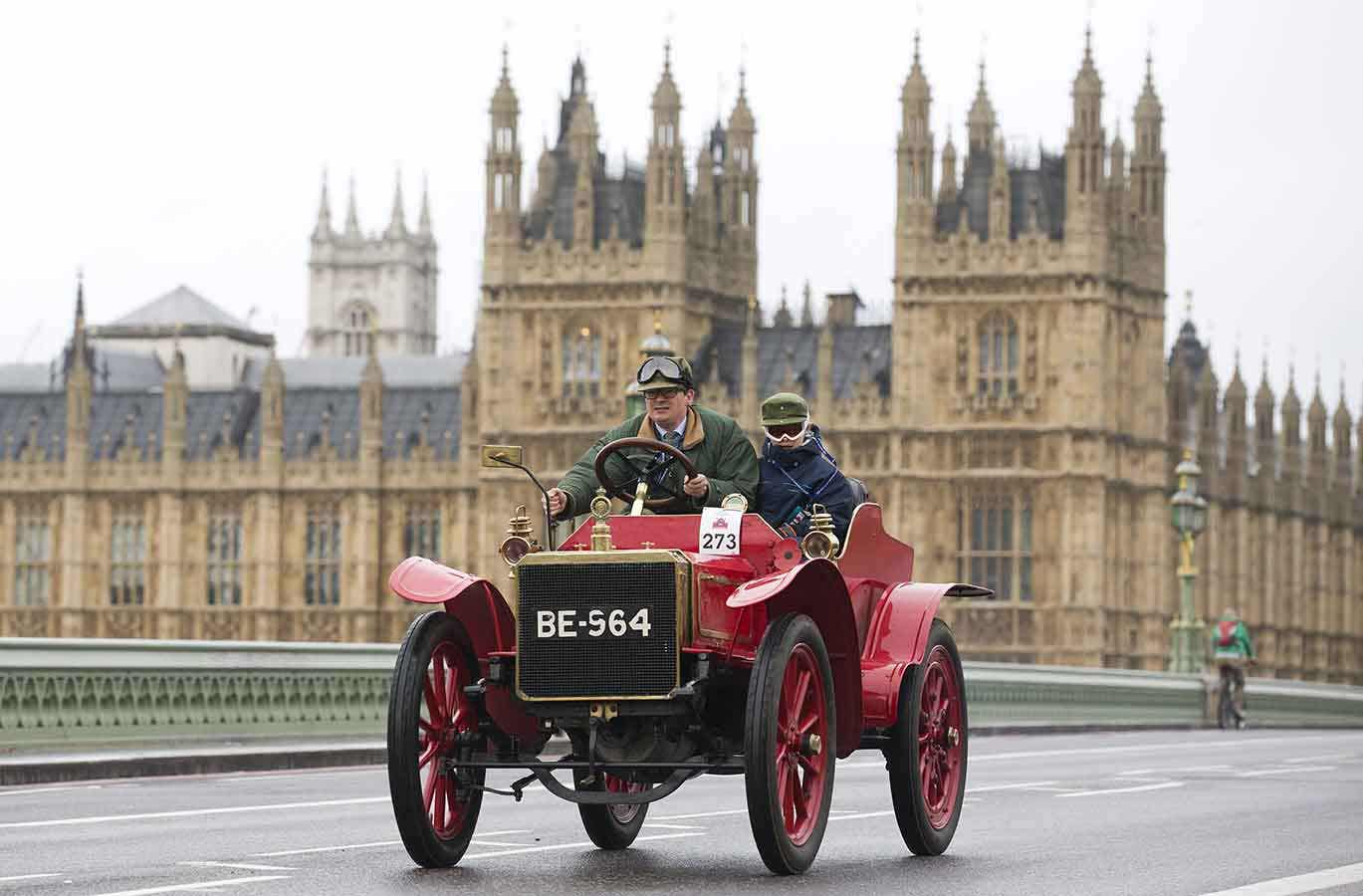 Nobody would ever deny your right to drink. Nobody would ever deny your right to drive. However, never put the two activities together. It’s dangerous to yourself and the other innocent people on the road and it’s just dumb. The financial cost of a DUI — from lawyer’s fees, court fines and rehab program costs — can easily add up to $10,000. You’re on a rookie contract, so losing that 10K is going to hurt. The league provides a car service for any player too blasted to drive safely. Use it. Or if you don’t want your job knowing what you’ve been up to that night — a valid concern — there is always a cab, or Uber, or Lyft. Today’s world is filled with myriad ways to get you home after a night of too much partying. Don’t be that guy with a mugshot on the morning news. There’s no way to make that photo look good.

2. Thou shall not covet your teammate’s significant other

Yes, your quarterback may have a smoking hot girlfriend/boyfriend, but that person is to be treated like a museum piece: look briefly, but don’t touch. And here’s why: It’s creepy and it foments discontent in a locker room. By the way, this rule still applies if your teammate and his significant other break up. Even though their relationship is over, it will still be weird if you swoop in, no matter what your teammate might say. Even if he gives his blessing and says "it’s all good, I’m over [insert name here]," he’s lying. He will harbor ill-will towards you and that can fracture precious team chemistry in an instant. Find someone else. A wise man once said: "Don’t get your honey from where you get your money." Truer words have never been uttered.

3. Thou shall not back-sass your coaching staff

Coaches are a strange breed. They live, breathe and dream about football 24 hours a day. Your days are filled with workouts, video games, hangouts and fun. Their days are spent watching film and discussing formations to such a degree that they alienate their friends and families. They know the NFL. You are a newbie who doesn’t know a thing yet. So here’s a piece of advice: Shut up, do what you’re told and learn. Nobody is interested in your opinion and nobody cares about what you did in college. You’re among men now. Big men. Smart men. Grownups. Learn from them and soak up as much as you can. Don’t ever complain about playing time. If you follow the rules, you’ll last in this league. Don’t and you’ll find a one-way ticket to the CFL … and nobody likes Canada.

4. Thou shall not bash your teammates in the media

This one sounds obvious, but it’s broken so often that it has become necessary to include it here. Chances are, especially if you’re a high draft pick, the team that takes you will have some problems. You’re going to lose games and that could be something foreign to you — especially if you had a lot of success in college. Reporters are going to ask you tough questions and try and trick you into saying something controversial. Don’t fall for it. Even if everyone saw your left tackle miss his assignment and you got sacked with the game on the line, just clam up. Turn into a cliche machine. Make this your mantra, "This was a team effort. None of us got the job done today and we need to come back stronger next week." Remember, your first responsibility is to your teammates, not to provide the media with a juicy quote.

5. Thou shall not be a bad tipper

Always remember that your responsibilities as an NFL player continue even after you leave the stadium or the team facility. You are the face of your franchise and the league as a whole. That being said, don’t be a cheap bastard. If you go out for a meal and a waiter serves you, the absolute BARE MINIMUM to tip is 25 percent. The same goes for bartenders, bellhops, valet drivers and the like. You might protest, saying that you’re not rolling in millions of dollars like some veteran quarterback. It doesn’t matter, still tip well. People will respect you for it. 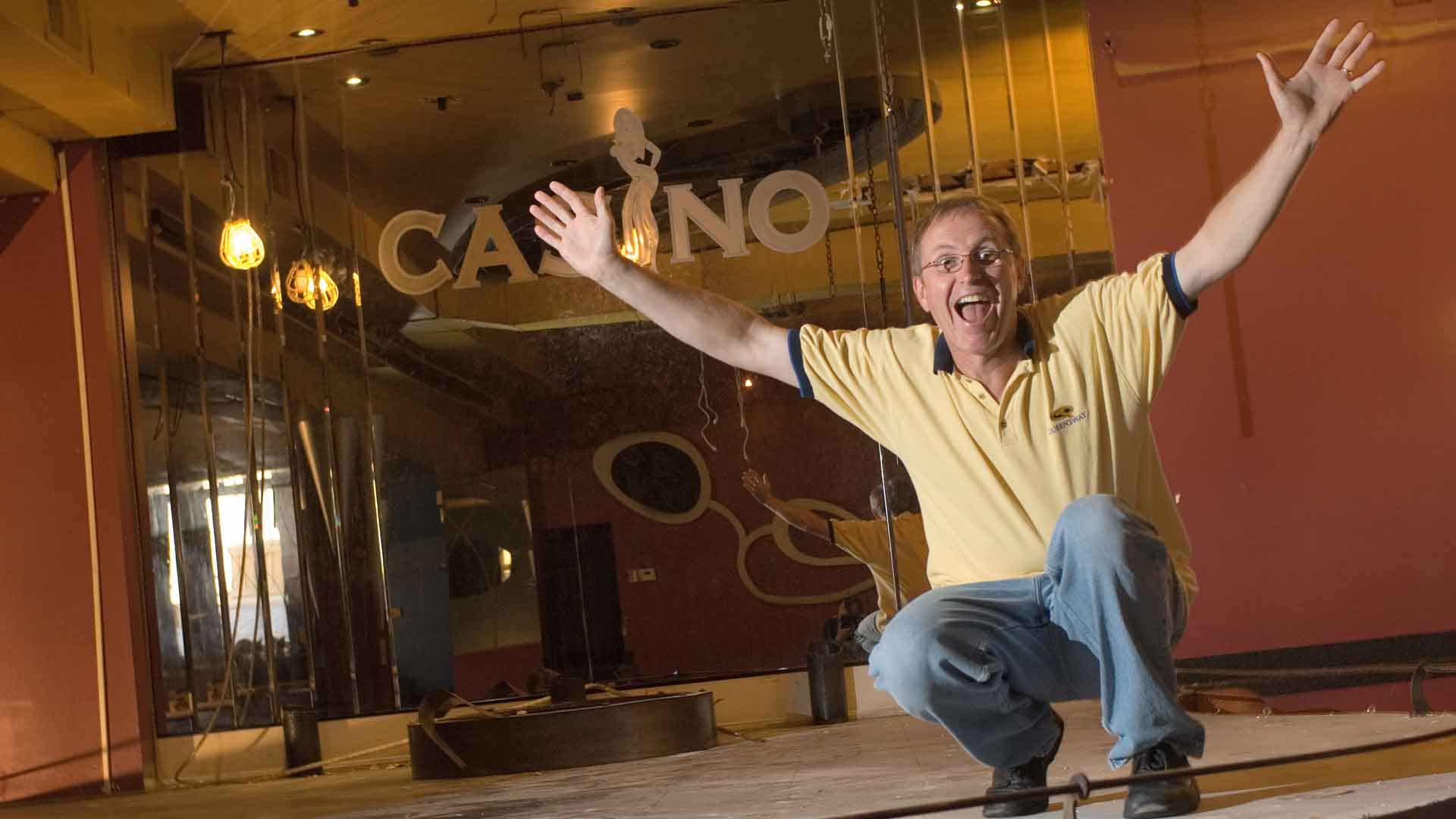 If you’re a young person with raging hormones, the allure and temptation of seeing women or men remove their clothing while dancing to "Pour Some Sugar On Me" can be strong. This is America and nobody aside from your parents will judge you for going to a strip club for a night of fun. You can use the money you saved from not getting a DUI. But there’s a danger: You have a decent amount of money at your disposal. Remember that these performers don’t actually find you interesting. Their job is to separate you from your money and they’re experts. Feel free to spend lavishly and be a baller for night … just be a baller on a budget. It’s OK, you’ll still have fun.

7. Thou shall tread carefully on social media

Ain’t technology somethin’? Every day, new ways to share too much about our lives seem to pop out of the ether. Here’s a helpful tip: Watch yourself. You might think you’re just excited about the Game of Thrones finale, but you might have played the role of spoiler for West Coast fans who haven’t seen it yet. Maybe you think people will be interested in your opinion of the ideal woman. They aren’t. That crotch shot you texted to your girlfriend seems innocent right now. But if you break up, you can count on seeing that same image on some gossip site. Is that what you want your mother seeing? Didn’t think so.

8. Thou shall tolerate rookie rituals 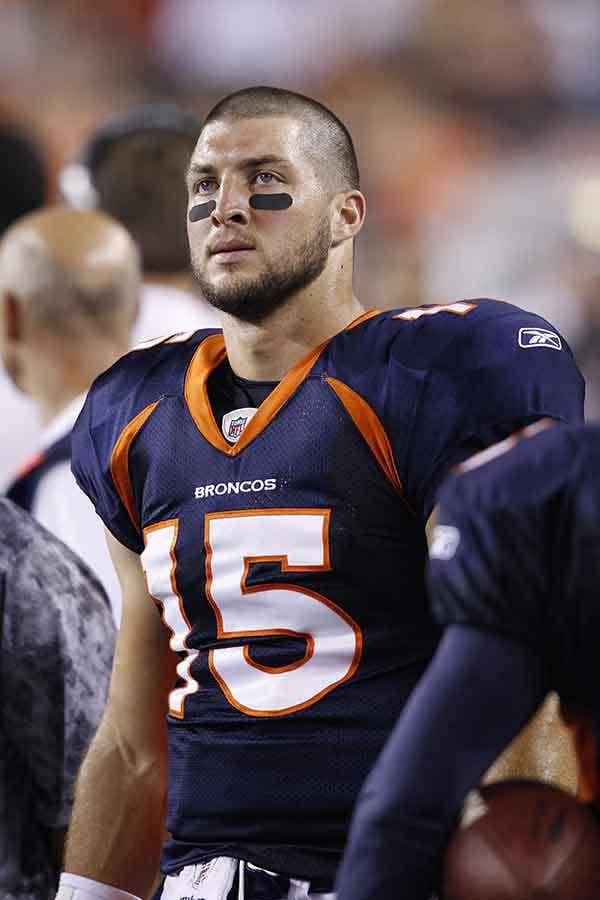 Take another look at that commandment. Rookie rituals do not mean hazing. If you’re being hazed, don’t put up with it. However, if a veteran tells you to bring him coffee in the morning, by all means do that. You can carry his shoulder pads and helmet to the locker room. You can even let your teammates give you a funny haircut. Don’t worry, it grows back. Rookie rituals help build a sense of camaraderie in a locker room and are mostly harmless fun. However, if things start to progress into harassment and abuse, talk to someone about it immediately.

9. Thou shall not get married until at least age 25 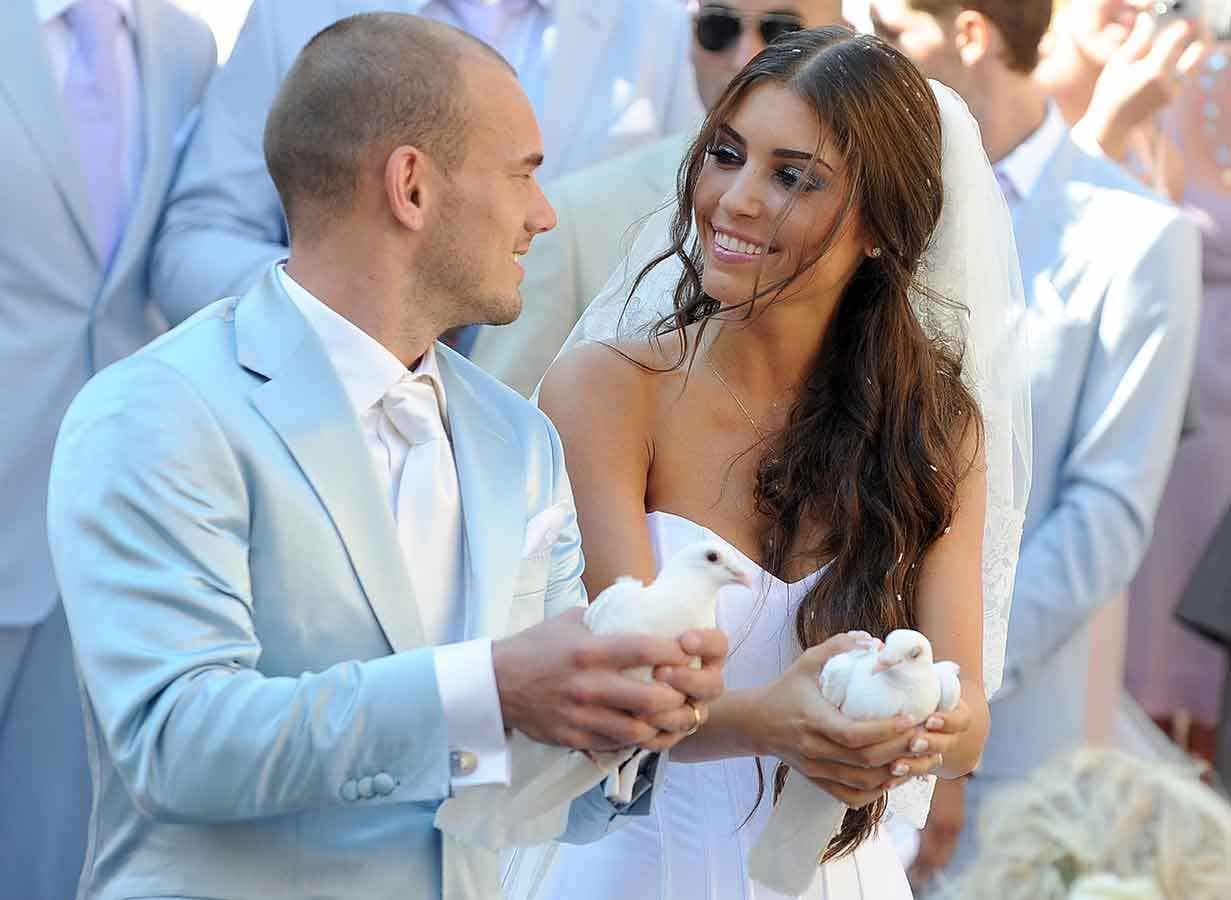 There’s a reason you can’t rent a car until 25. The rental companies don’t trust your judgment yet and neither should you. You haven’t lived enough to decide if you can handle the responsibility of marriage. You’re just out of college, you’ve got some cash in your pocket and you’re about to be faced with the wave of notoriety that comes with being a professional athlete. People will suddenly want to be your friend and be in your company. Be smart with whom you trust. Be responsible about whom you date. There’s no rush and no prize for getting hitched and starting a family right away. You’re going to have a lot on your plate over the next few years. Concentrate on your job and on learning how to live your new life. Marriage will always be there.

10. Thou does not need an entourage 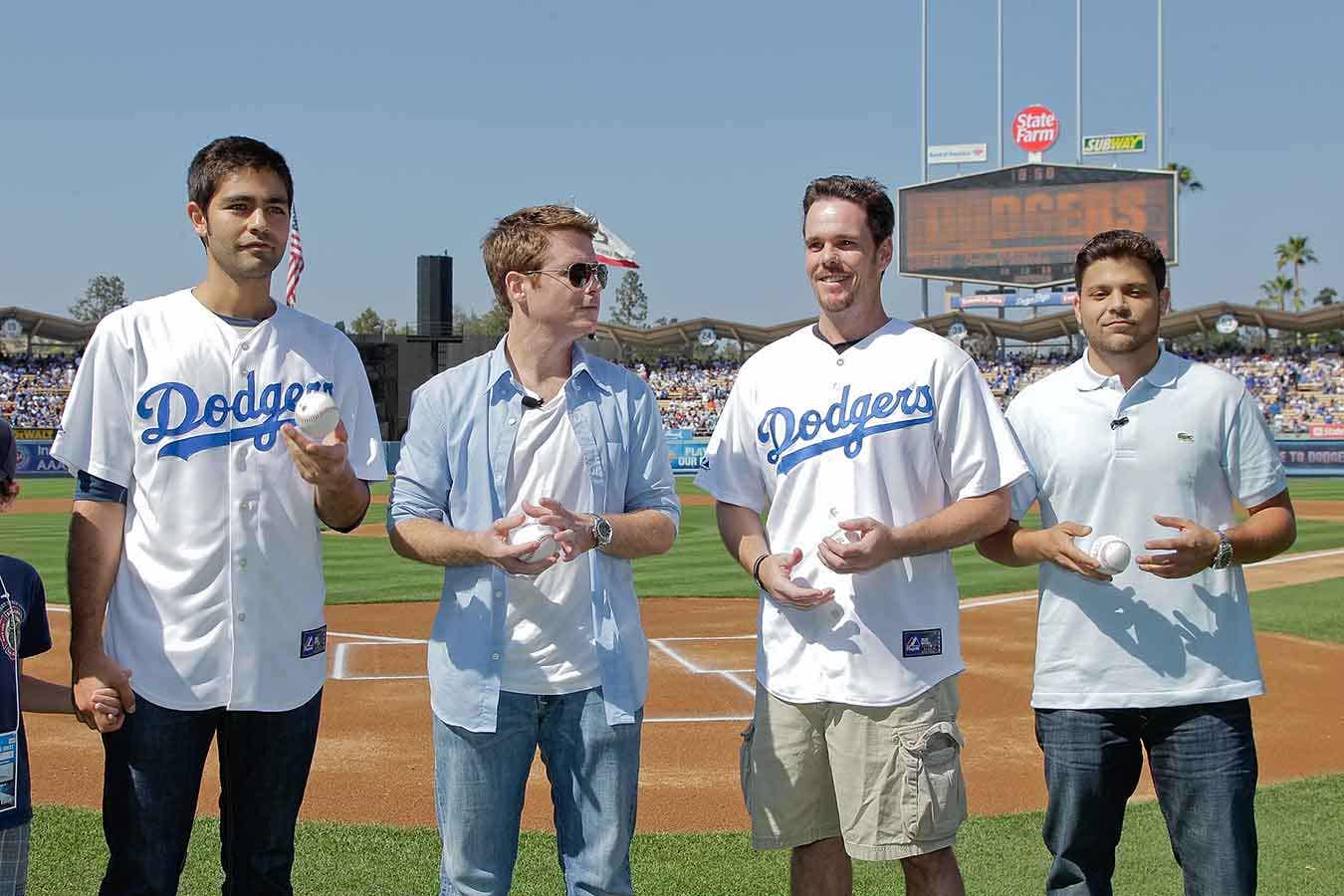 This can’t be stressed enough. You know all that money your new team is paying you? That can go fast when you have eight people tagging along with you everywhere you go. Do you really need someone to make your coffee in the morning? Do you really need someone to butter your bagel? When you go to a nightclub, doesn’t having all those hangers-on kind of invite trouble? While it is nice to have the company of friends, you don’t need that 24 hours a day. And you certainly don’t need to pay them a salary or pay for their meals at high-end restaurants. That’s just silly. If you want to have an assistant, fine. One assistant should be more than enough to meet your needs. Anything above that is just showing off.

OK! Just follow the suggestions above and you should be ready to tear up the league and get rich doing it. Good luck and be smart!