LOS ANGELES (AP) — When the Los Angeles Dodgers badly needed somebody or something to pull them out of a weeklong slump, Clayton Kershaw did it with cool confidence.

He has been performing these feats regularly for the Dodgers since 2008, and the 33-year-old lefty doesn't look like he'll relinquish the responsibility any time soon.

Kershaw yielded four hits over seven masterful innings, Justin Turner homered and the Dodgers ended their three-game losing streak with an 8-0 victory over the Cincinnati Reds on Wednesday.

“It’s always a good feeling knowing we’ve got Kersh on the mound," said Chris Taylor, who had an RBI triple and scored two runs. "It was huge to have him get us out of this funk. He was outstanding.”

Kershaw (4-2) racked up eight strikeouts with one walk while never allowing Cincinnati to get a runner to third base in his first win over the Reds since 2016. He won an impressive pitching duel with Sonny Gray (0-2) before his teammates tacked on six runs in the eighth inning.

“We’ve been scuffling a little bit, and we wanted to end the homestand on a good note,” Kershaw said.

Kershaw's brilliance was the biggest reason the Dodgers avoided their first four-game losing streak since 2018, allowing them to finish a 2-5 homestand with a renewed positivity. Los Angeles still leads the NL at 16-9, but the past week underlined weaknesses that will have to be fixed over the next five months.

“He’s been a great pitcher for a long time, and he’s a stopper,” Dodgers manager Dave Roberts said. “He’s been the ace. He knew how much we needed this game, so for him to go deep in this game, put up zeros, throw a shutout, was big for our club.”

Matt Beaty had a two-run single in the eighth on his 28th birthday as the defending World Series champions broke away late for just their third win in 10 games.

Nick Senzel matched his career high with four hits for the Reds, who wrapped up a 2-4 trip by taking two of three at Chavez Ravine. Senzel got three of Cincinnati's four singles off Kershaw, but the Reds were shut out for the fourth time this season.

“Nick had a great day at the plate, which was great to see, but we just couldn’t get anything else going off Kershaw,” Cincinnati manager David Bell said. “We’ve all seen that before.”

Gray pitched four-hit ball into the sixth while striking out 11 — the most by any pitcher against the Dodgers this year. Gray yielded four hits and three walks, but left trailing 2-0.

“I know just coming off the last start, he wanted to make a statement, and he did,” Reds catcher Tyler Stephenson said. “It was good to see him back to what he can be.”

While Gray’s bounce-back start was good, Kershaw is still firmly on top of his game: He has pitched at least six innings with at least six strikeouts in five consecutive starts since opening day.

Turner hit his sixth homer deep into the left field bleachers in the third. The RBI was the 20th in just 23 games for Turner, a former Reds draft pick.

After Romano yielded four hits, four walks and six runs, Reds infielder Alex Blandino took the mound and recorded the last out of the eighth, getting Turner to fly out on an 86-mph pitch.

Blandino had pitched once previously in 2018, and he preserved his career 0.00 ERA.

Reds: OF Shogo Akiyama will play an intrasquad game Thursday. He is on the 10-day injured list with a strained hamstring, but is likely to make his 2021 debut next week.

Dodgers: SS Corey Seager got a scheduled rest day. ... Reliever Garrett Cleavinger left the game after taking a line drive from Tyler Stephenson off his triceps in the ninth inning. Roberts said they'll know more about the injury Thursday.

Dodgers: Trevor Bauer (3-0, 2.53 ERA) takes the mound in Milwaukee on Thursday. The Cy Young Award winner struck out 32 in 20 1/3 innings against the Brewers over three starts last season with Cincinnati.

Los Angeles Dodgers
event_recap
share story
NBA playoffs: Top moments from Atlanta Hawks vs. Milwaukee Bucks Game 1 The Eastern Conference finals between the Hawks and Bucks are here! Check out the biggest and best moments from Game 1.
3 MINS AGO 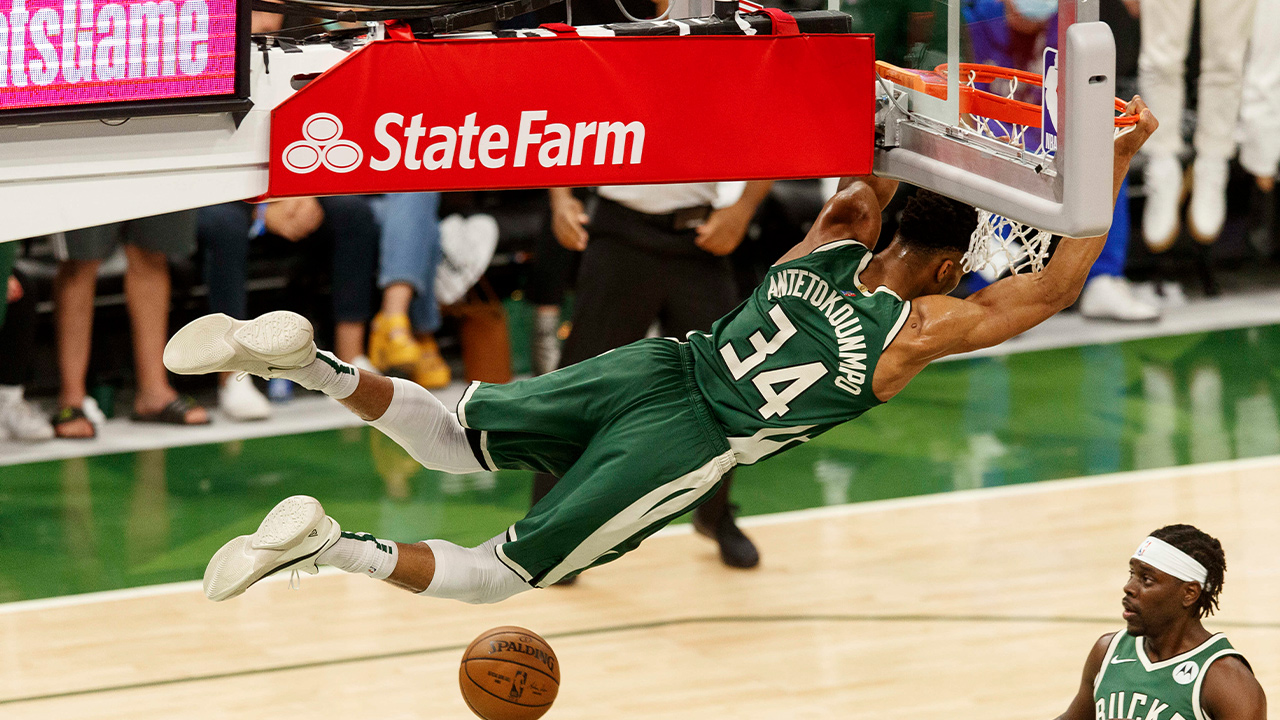