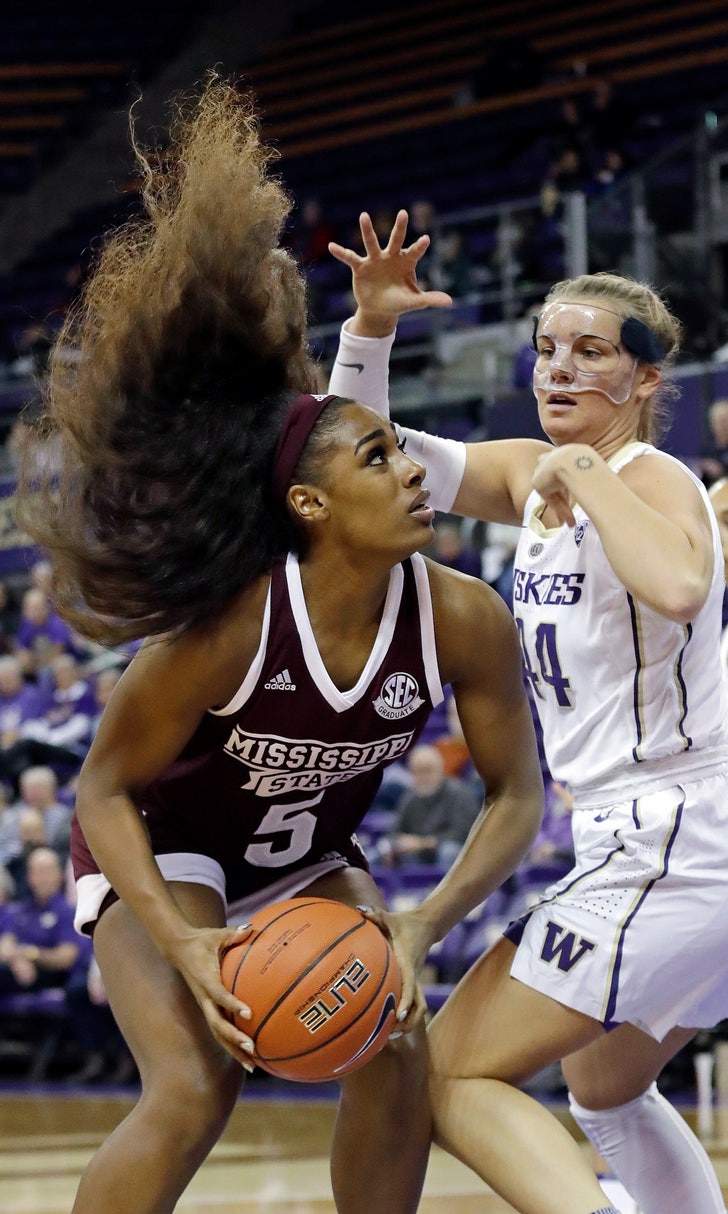 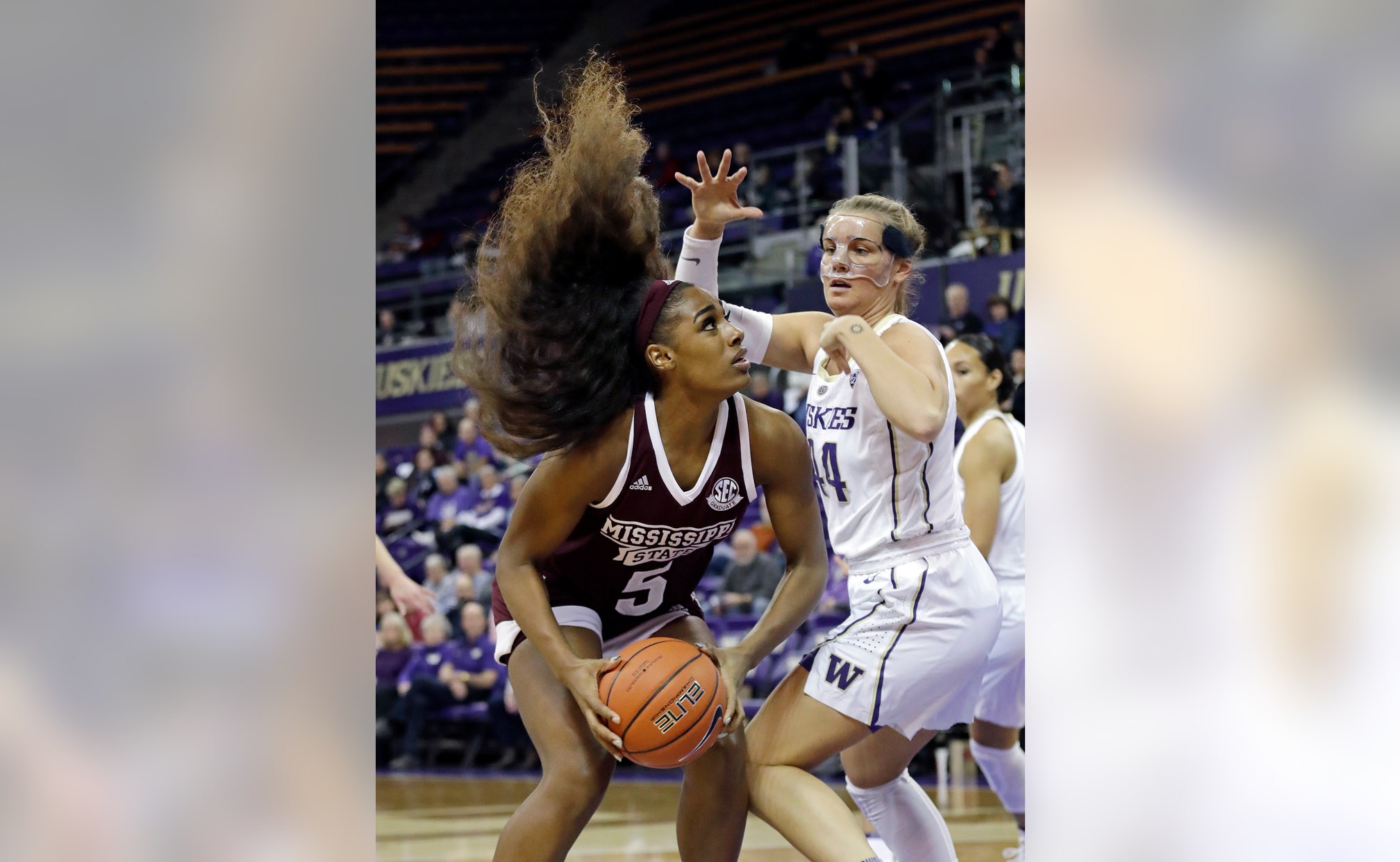 SEATTLE (AP) — If there was any question how No. 4 Mississippi State would respond to its first loss of the season, it took only a few minutes for coach Vic Schaefer to get his answer.

The Bulldogs weren't about to go home empty after a long trip to the Pacific Northwest.

"I was curious. The film doesn't lie. We watched a lot of film the last day and a half and hopefully we learned from it," Schaefer said. "I was anxious to see tonight how we would respond and I'm very pleased obviously."

Jordan Danberry had a career-high 20 points, Anriel Howard scored all of her 16 in the first half and No. 4 Mississippi State jumped to a 21-point, first-quarter lead and cruised to a 103-56 victory over Washington on Thursday night.

Playing two days after falling at No. 7 Oregon, the Bulldogs (11-1) showed no hangover. The Bulldogs used their size and athleticism to overwhelm Washington from the start and scored 18 of the first 21 points and were never threatened. Teaira McCowan added 13 points and 13 rebounds in just 22 minutes.

Mississippi State led 56-21 at halftime and by as much as 50 in the second half. Chloe Bibby added 15 points. The Bulldogs topped 100 points for the fifth time this season.

"I was hoping we would respond that way. You've got four seniors on that team, you'd hope they would respond in a personal way. It's got to be personal for you," Schaefer said. "We got beat by a really good team, but it's not that we got beat, it's how we got beat."

The Bulldogs came to Seattle after enduring their first bit of adversity this season, wasting a third-quarter lead as Oregon rallied for an 82-74 victory. The loss to the Ducks snapped a 46-game nonconference winning streak for Mississippi State and the Bulldogs were most annoyed about Oregon being the tougher team in the fourth quarter.

It was clear from the start a new streak would start against Washington. Eleven Mississippi State players scored, including nine in the first half.

Alexis Griggsby led Washington (7-5) with 11 points off the bench and Hannah Johnson added 10, but the Huskies simply didn't have the talent to match the Bulldogs. Scoring leader Amber Melgoza was held to three points, all at the free throw line.

"They performed beautifully," Washington coach Jody Wynn said of the Bulldogs. "They defended. They rebounded. They got to the basket whenever they wanted. They scored the ball at a high rate. Pretty talented group."

This was a far different version of the Huskies than the one that Mississippi State saw two seasons ago in in the NCAA regional semifinals, the only other meeting between the schools. That Washington team was led by Kelsey Plum, the NCAA's career scoring leader, but her college career ended in a 75-64 loss.

Washington: The Huskies dropped to 1-13 against teams ranked No. 4 in the AP poll. Washington's lone win came in 1994 against USC. ... Melgoza was averaging 21.4 points over her past seven games but was held to two points in the first half. She finished 0 of 7 from the field. ... Washington had double the turnovers (16) as field goals made (8) in the first half. The Huskies finished with 23 turnovers.

The 103 points were the most ever allowed by Washington at home. The 47-point loss was the fourth-largest margin of defeat — the three larger all came against No. 1 ranked teams.