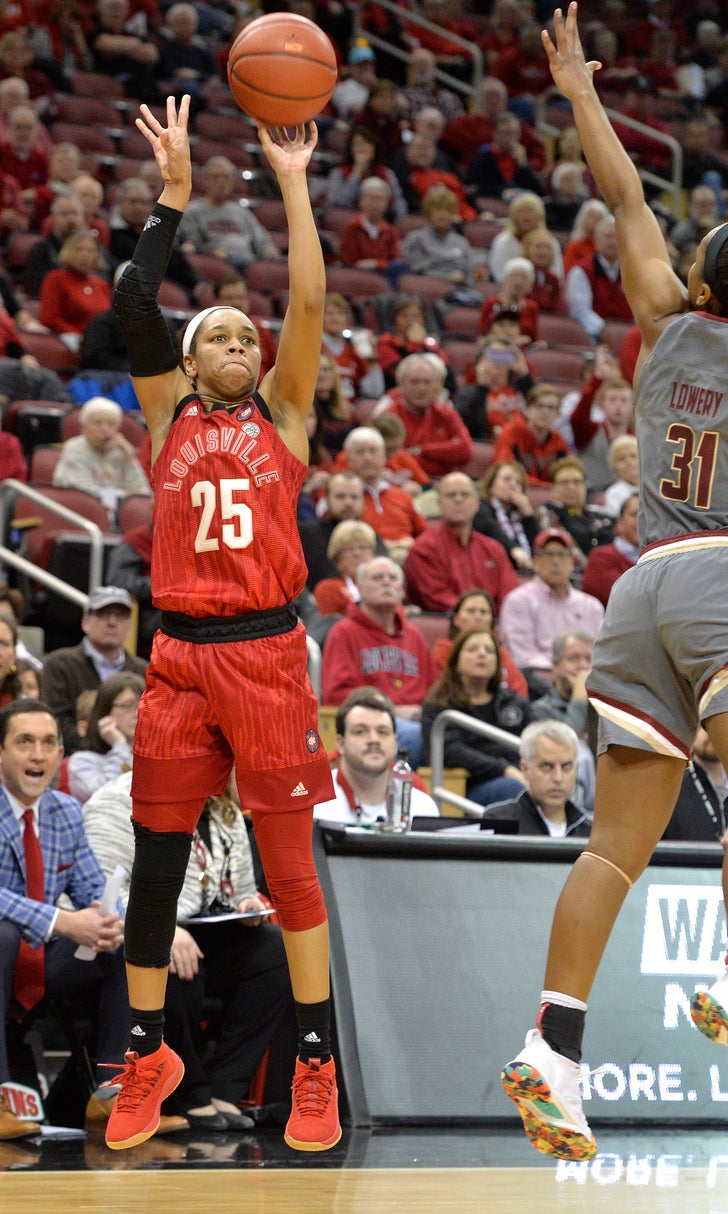 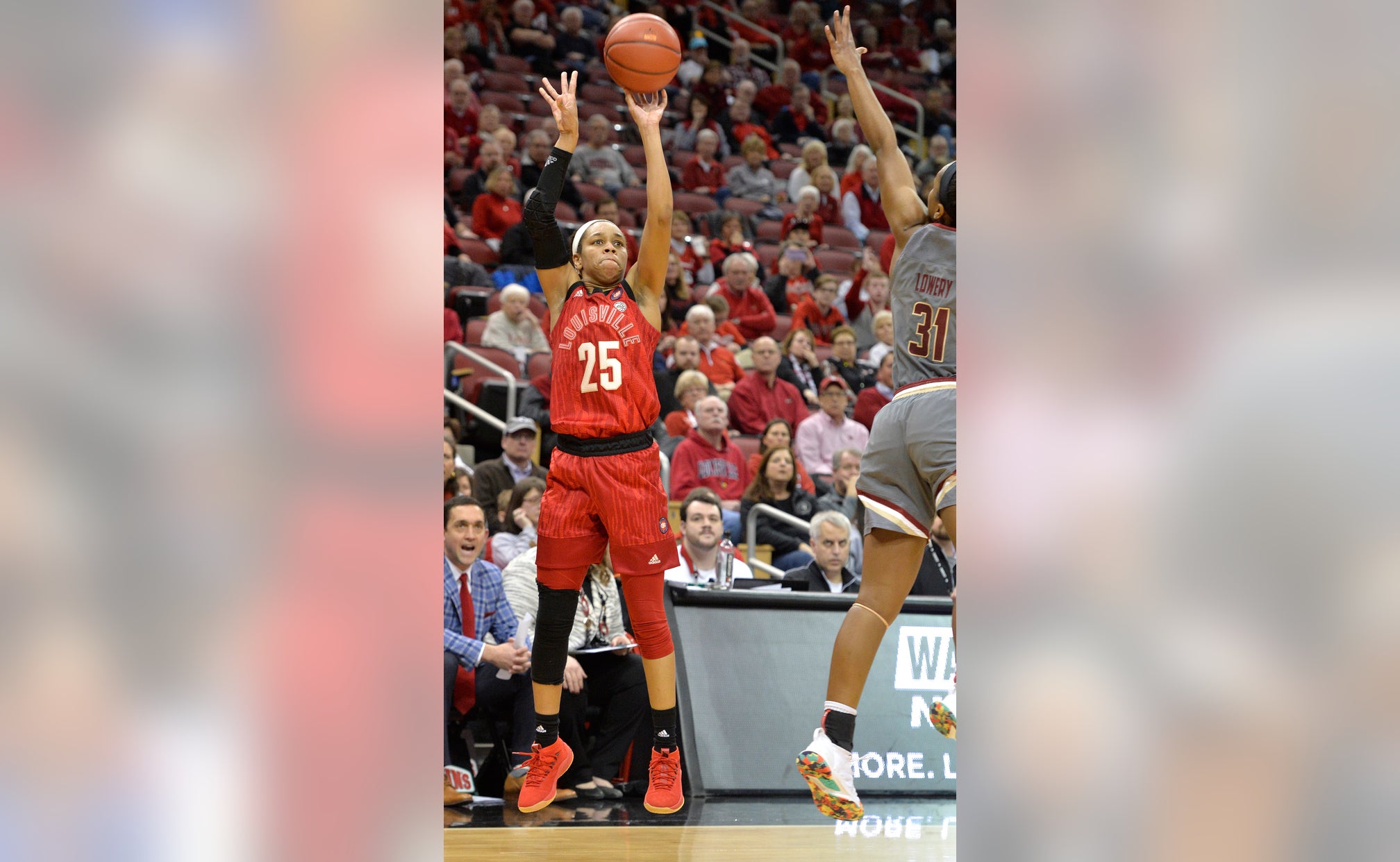 LOUISVILLE, Ky. (AP) — Coming off a loss in its last home game a week ago, No. 4 Louisville quickly made sure that wouldn't happen again.

Asia Durr scored 23 points to lead the Cardinals to an 87-51 victory over Boston College on Sunday. Louisville (25-2, 12-2 Atlantic Coast Conference) shot 51.7 percent and enjoyed its best scoring performance since posting a 91-43 win over Virginia on Jan. 17.

"I think after the Miami game, all of us were frustrated," said senior forward Sam Fuehring, referring to the 79-73 loss that knocked the Cardinals from the lead in the ACC standings. "So, we've been in the gym ever since working on our game. That's helped a lot."

After the Eagles scored almost immediately off the tip, Louisville went on a 12-1 run and never looked back in winning for the 11th time in 12 games.

Louisville increased the lead to 39-17 in the second quarter, but Boston College had a chance to trim its deficit to 11 points before halftime. However, steals by Durr and Jazmine Jones in the final nine seconds led to four points and a 45-27 lead for the Cardinals.

The Cardinals won two games this week by an average of 29 points. With second-ranked Oregon falling twice, Louisville is likely to move up at least a spot when the next poll is released on Monday afternoon.

Boston College: The Eagles will be happy to tear February off the calendar. They lost all seven games in the month and gave up an average of 91.1 points. The league's worst defensive team, both scoring and shooting-wise, allowed Louisville to shoot better than 50 percent for the first time in a month.

Coach Joanna Bernabei-McNamee said her team is experiencing some growing pains as she manages a roster with seven freshmen.

Louisville: The Cardinals reclaimed a piece of the ACC lead with the victory. However, Notre Dame holds the tiebreaker over Louisville for the top seed in the conference tournament based on the Fighting Irish's 82-68 home win in their only regular-season matchup on Jan. 10. Both teams have two games remaining before the regular season ends.

Louisville's backcourt depth hasn't given Walz much of an opportunity to play two of his freshman guards. Sunday offered him a chance to put in Lindsey Duvall and Seygan Robins, and the last two winners of Kentucky's Miss Basketball award took full advantage.

Duvall, who redshirted last year with a knee injury, tied her season high with nine points and made 2 of 3 3-pointers. Robins led the team with four assists.

A third homegrown freshman guard, Mykasa Robinson, missed her first game this season. She's in the concussion protocol after she was injured during Thursday's game at Virginia. She's averaged more than 11 minutes per game as the team's fifth guard.

Boston College: The Eagles are off during the week and will resume play on Sunday when they host No. 18 Syracuse on the final day of the ACC regular season.

Louisville: The Cardinals host No. 9 North Carolina State on Thursday night in their regular-season home finale.