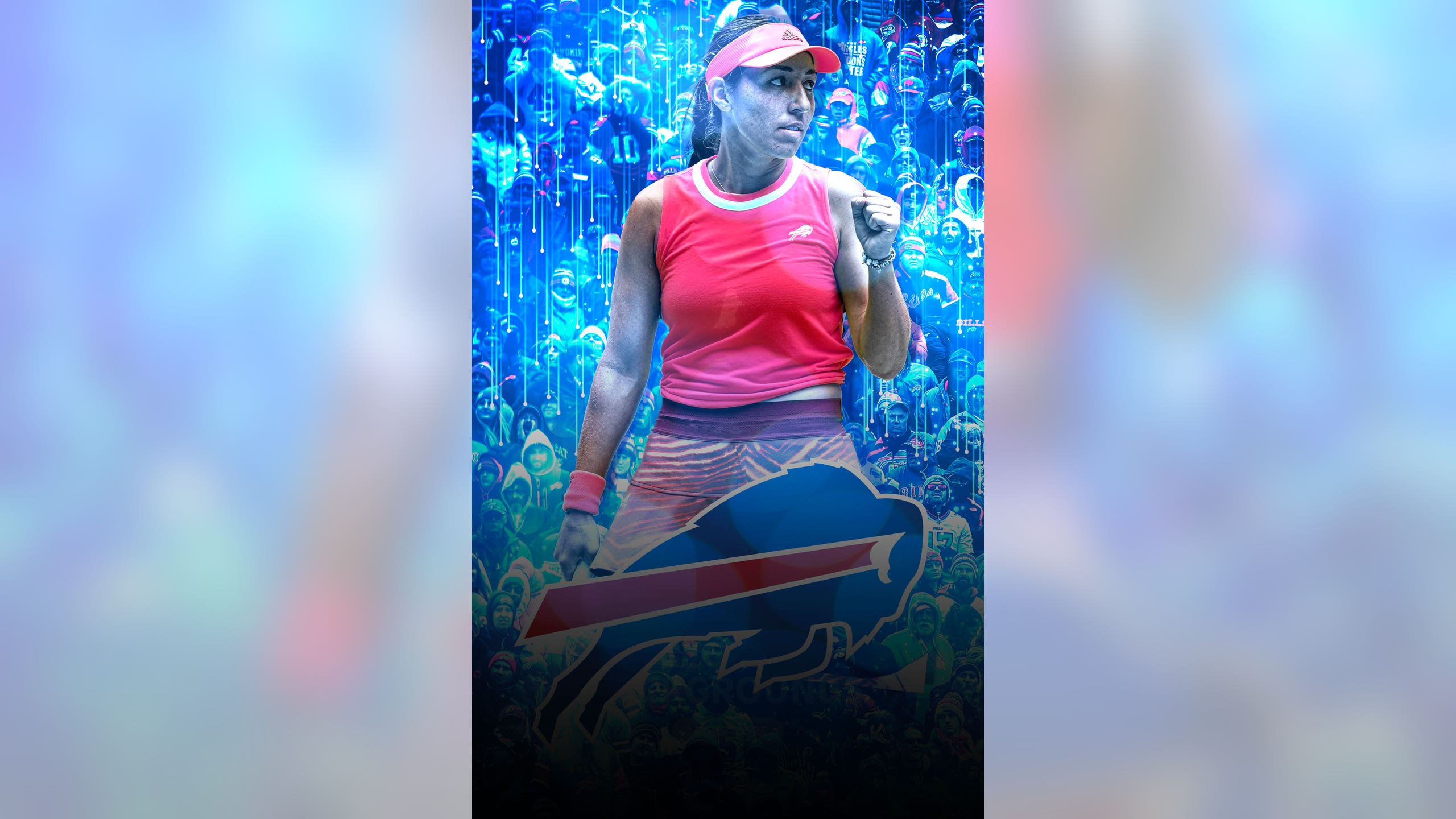 Even in the NFL offseason, the Buffalo Bills have a reason to cheer.

And the Sabres do, too, as the daughter of the owners of Buffalo's NFL and NHL franchises, Jessica Pegula, has hit a milestone in her tennis career, reaching the quarterfinals of a Grand Slam tournament for the first time.

On Monday, the 26-year-old Buffalo, New York, native pulled off a massive upset in her Round of 16 match at the Australian Open.

Pegula, who is unseeded in the tournament, defeated No. 5 seed Elina Svitolina at Rod Laver Arena in Melbourne Park, and Bills Mafia celebrated in typical fashion, congratulating the tennis player on social media.

After falling to Svitolina in straight sets just last month in Abu Dhabi, Pegula got her revenge on the grand stage.

Pegula led 4-1 in the third but was broken to 4-3. However, she broke right back, serving the final game and claiming the last four points after falling behind love-30.

It marked Pegula's first career victory over a top-10 opponent. She came into the tournament with an 0-6 record.

Pegula, who is currently No. 61 in the world, has won four matches in the Open, including victories over two-time Australian Open champion Victoria Azarenka and 2011 US Open champion Sam Stosur, an Australian native.

Pegula entered the hard-court tournament with a total of three wins at majors in her career.

Up next, she will take on fellow American Jennifer Brady, the No. 22 seed, on Tuesday.

Get more from ATP Add to your favorites to get information about games, news and more.
in this topic

Top Moments: Osaka Tops Williams
Naomi Osaka once again proved too formidable a foe for Serena Williams in her quest to make history. We break down the match.
February 17
those were the latest stories
Want to see more?
View All Stories
Fox Sports™ and © 2021 Fox Media LLC and Fox Sports Interactive Media, LLC. All rights reserved. Use of this website (including any and all parts and components) constitutes your acceptance of these Terms of Use and Updated Privacy Policy. Advertising Choices. Do Not Sell my Personal Info