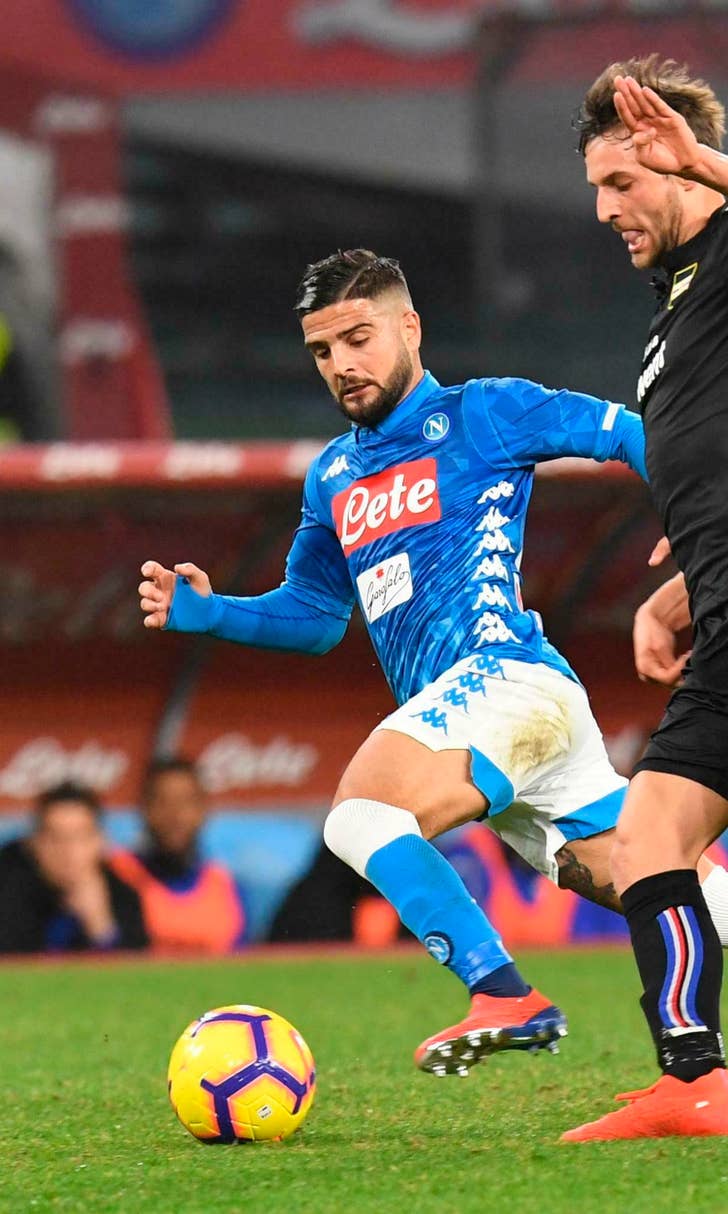 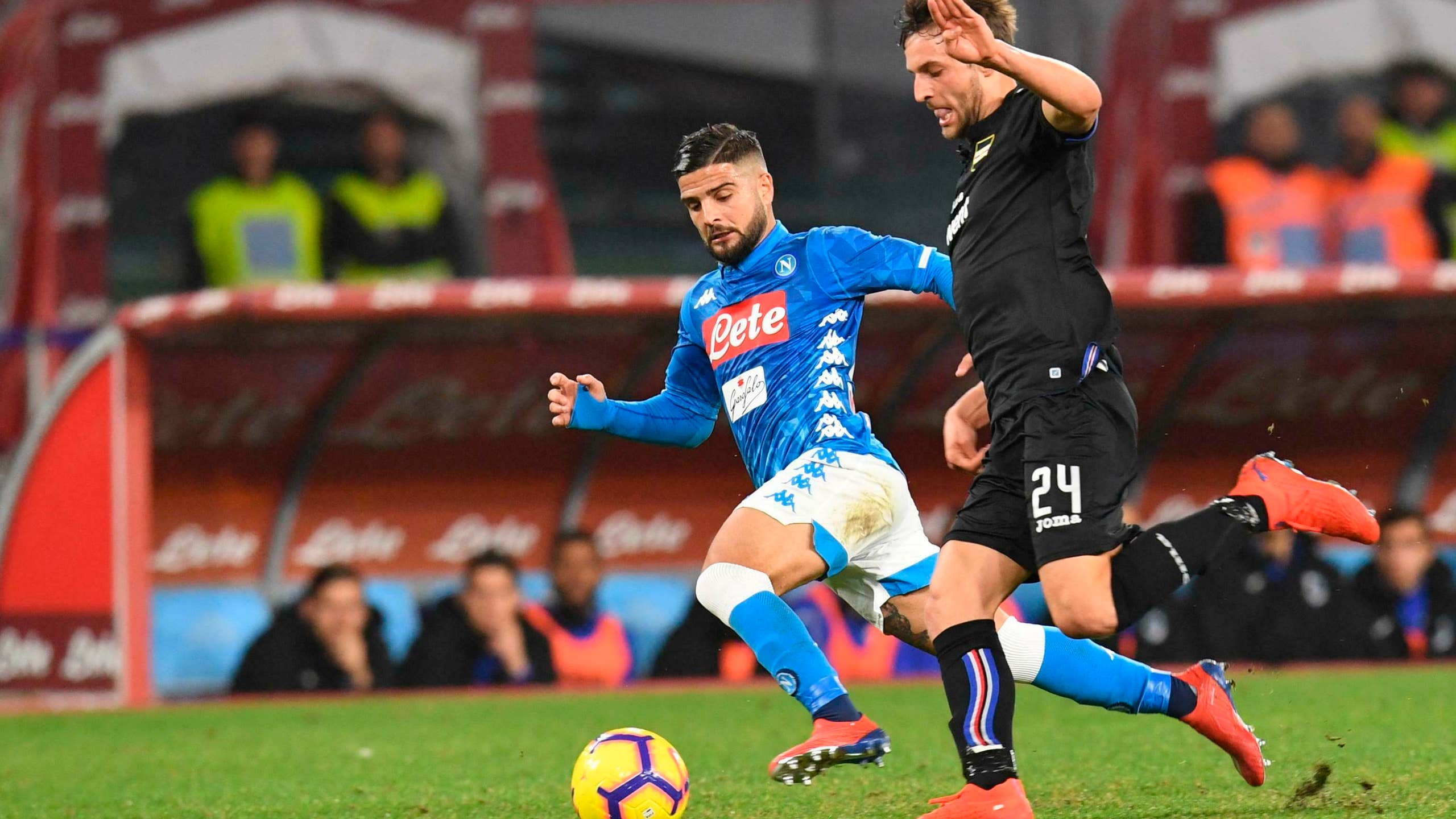 Insigne scores as Napoli beats Sampdoria 3-0 in Serie A

MILAN (AP) — Juventus is uncharacteristically leaking goals and coach Massimiliano Allegri is concerned ahead of the Champions League last 16, where they face Atletico Madrid.

For the second time in a week, Juventus conceded three goals as Parma fought back from 3-1 down to draw 3-3 in stoppage time in Turin on Saturday in Serie A.

"We got soft at the back," Allegri said. "We made mistakes on their second and third goals ... we got sloppy.

"It's a shame because we had the points in the bag. You can't just attack. To win games you have to work really hard defensively."

It was the first time in seven years that Juventus was unable to count on any of its BBC defense of Andrea Barzagli, Leonardo Bonucci and Giorgio Chiellini as all three were injured.

Juventus let in three goals midweek in its Italian Cup quarterfinal defeat to Atalanta but there was little sign of what was to come in the first half against Parma.

In fortunate circumstances in the 36th minute, Ronaldo slipped as he unleashed an effort and it took a deflection to wrongfoot Parma goalkeeper Luigi Sepe.

Ronaldo also inadvertently had a hand in Juve's second at the start of a crazy 14 minutes in the second half as his poor header ended up being an assist for a Daniele Rugani volley.

Antonino Barilla immediately got Parma back into the match but Ronaldo restored Juve's two-goal advantage two minutes later, only for Gervinho to reduce the deficit again in the 74th minute.

And Gervinho sent the travelling fans wild in the third minute of stoppage time when he fired in a powerful equalizer after good work from Roberto Inglese.

Sami Khedira hit the woodwork twice for Juventus, which also had a penalty decision revoked after video review.

There was to be no record for former Napoli forward Fabio Quagliarella, who was looking to beat Gabriel Batistuta's 1994 feat of scoring a goal in a 12th consecutive Serie A match.

Napoli was looking to recover from a league draw against AC Milan and an Italian Cup exit to the same team, and it took an early lead. Marek Hamsik floated a lovely ball onto the right flank to Jose Callejon, who rolled the ball across for Milik to smash in.

Callejon set up Napoli's second just 70 seconds later with a throughball for an Insigne snapshot into the bottom left corner. It was Insigne's first goal in any competition since early November.

The result after that didn't look in doubt but Napoli extended its lead with a Verdi penalty in the final minute after Joachim Andersen was penalized for handball.

Francesco Caputo scored twice as Empoli came back from two goals down in a relegation battle against last-placed Chievo Verona.

Napoli
share story
those were the latest stories
Want to see more?
View All Stories
Fox Sports™ and © 2021 Fox Media LLC and Fox Sports Interactive Media, LLC. All rights reserved. Use of this website (including any and all parts and components) constitutes your acceptance of these Terms of Use and Updated Privacy Policy. Advertising Choices. Do Not Sell my Personal Info