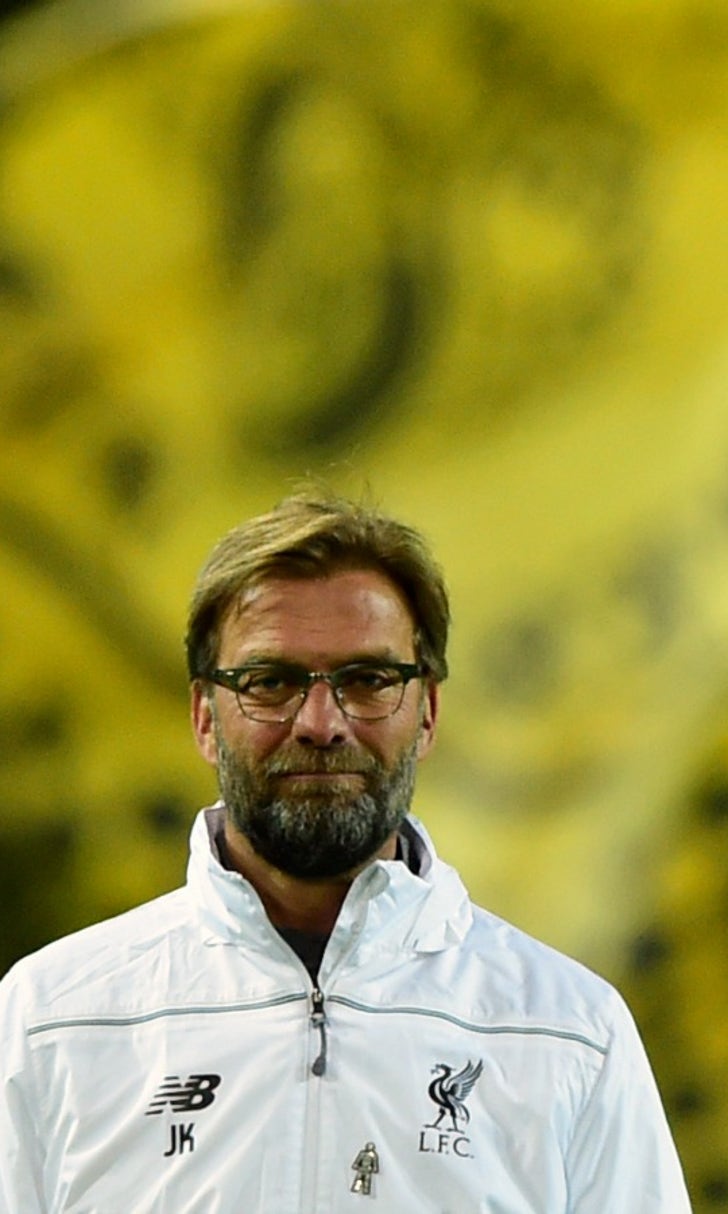 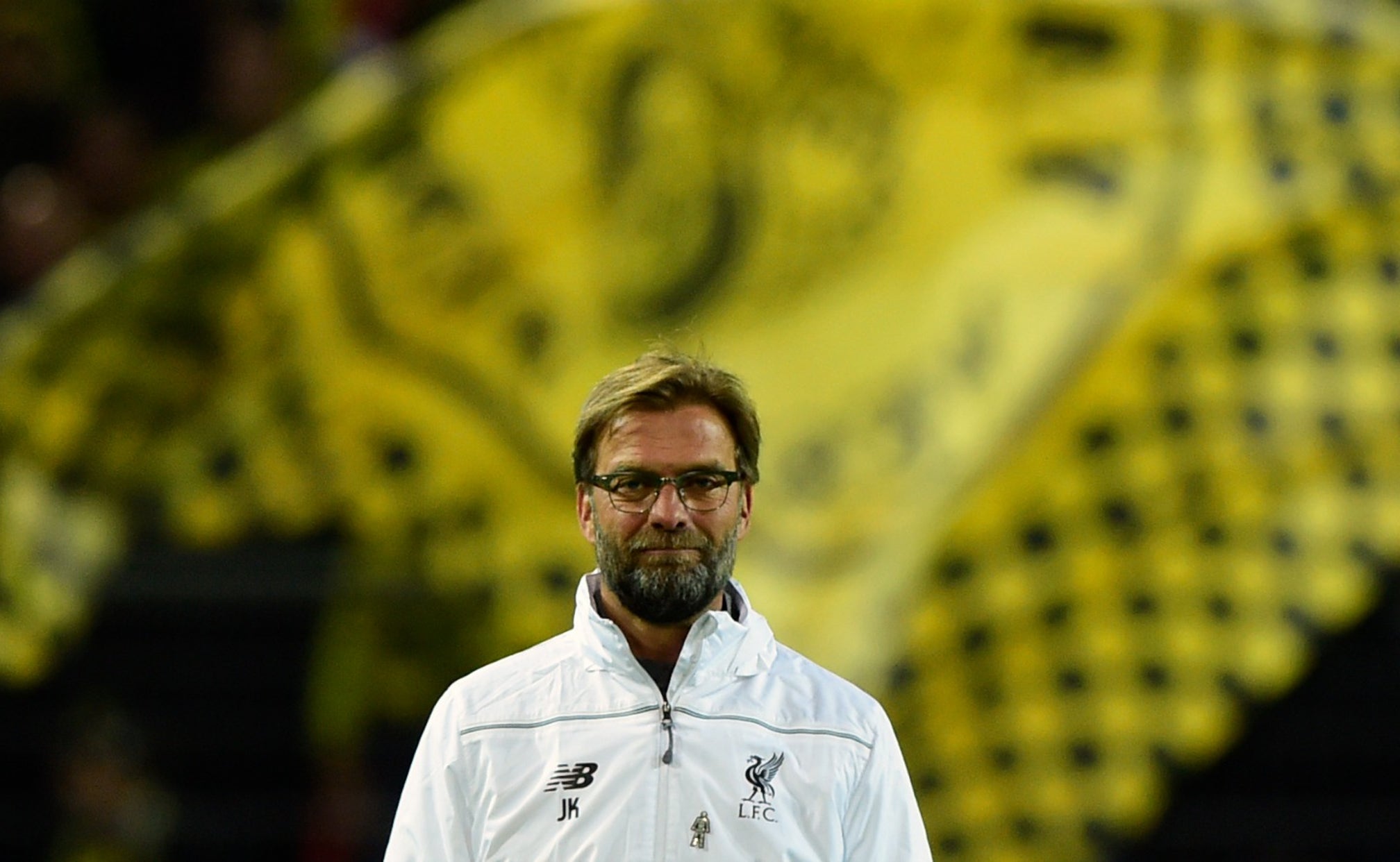 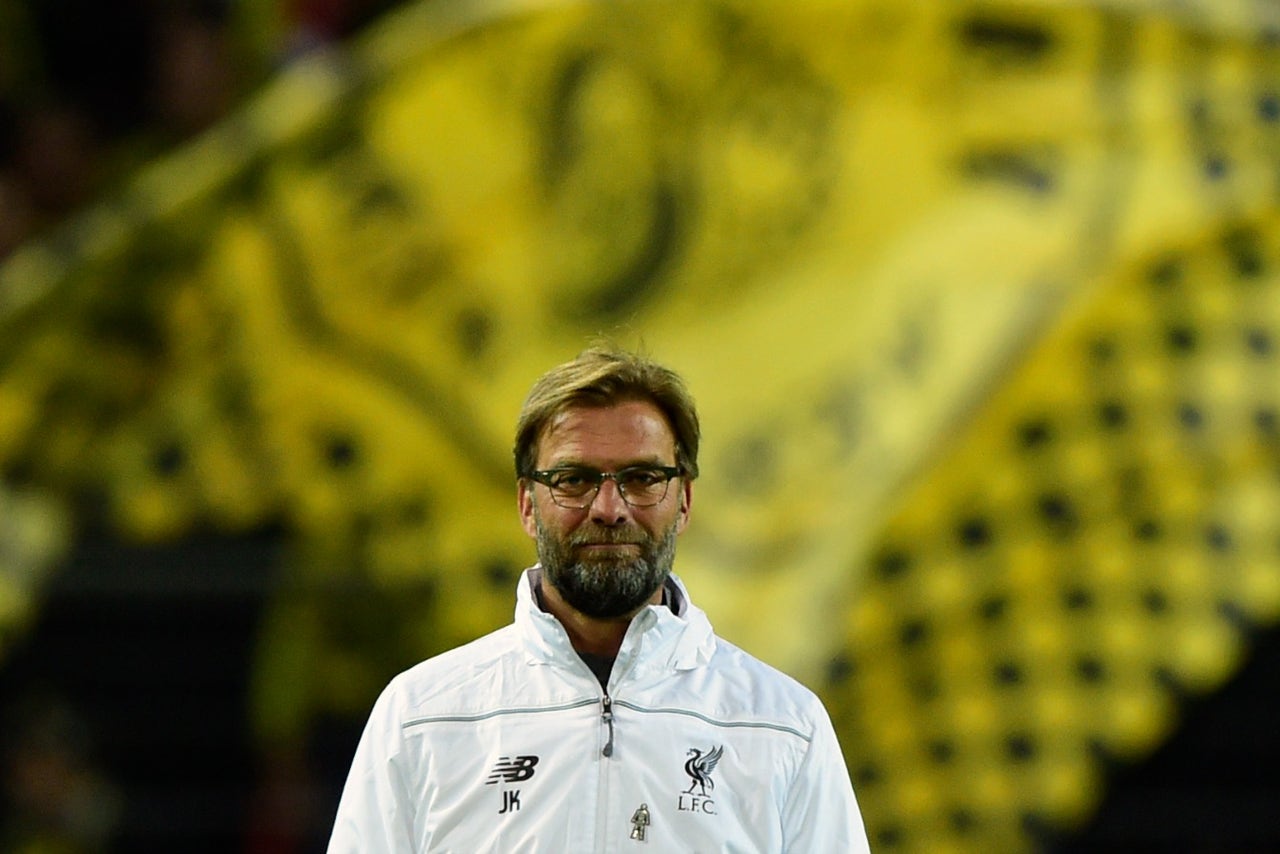 How's this for a homecoming reception?

Liverpool fans, who of course share the classic football anthem, joined in as Dortmund and its famous "Yellow Wall" showered their former coach with love.

Borussia Dortmund's club motto is "Echte Liebe," or "True Love." You couldn't better describe the relationship forged between the club and its former manager.

Klopp led Dortmund to a pair of Bundesliga titles in 2011 and 2012, the club's first since it their 2005 bankruptcy. They also won a DFB-Pokal and reached the 2013 Champions League final against Bayern Munich under Klopp's watchful eye. But he offered to resign from his post over the course of a miserable 2014-15 season that saw BVB drop all the way to last place at the winter break.

Dortmund and its loyal fans stuck with Klopp throughout that spring, however, and sent him off with a wonderful salute in his final game in charge last May. Klopp returned the favor with a tear-jerking, 4-minute message to the fans that tugged on the heart-strings.

There was no special tifo on Thursday, nor were there any tears on Klopp's part (at least not that we saw), but the bombastic version of "YNWA" was more than enough to prove that this was no ordinary match for all parties involved. 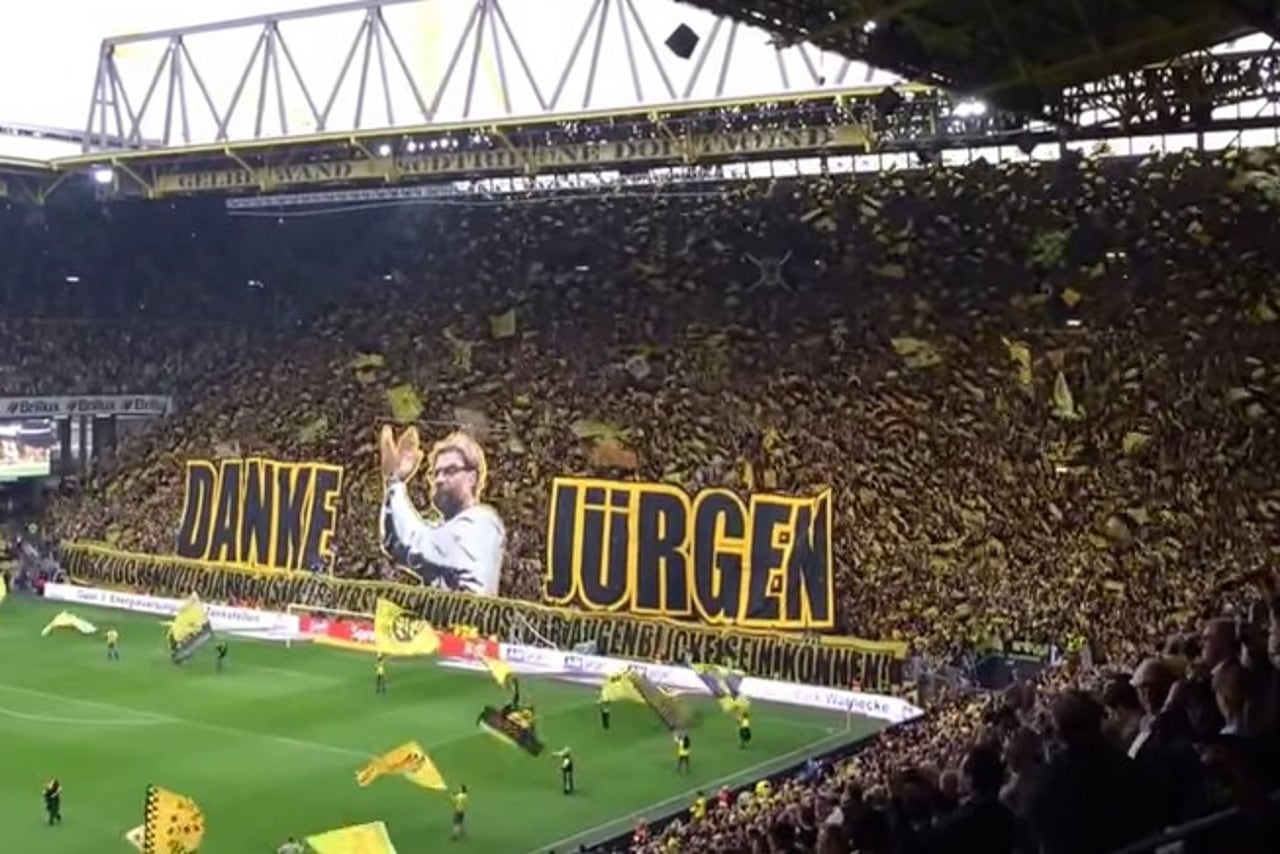