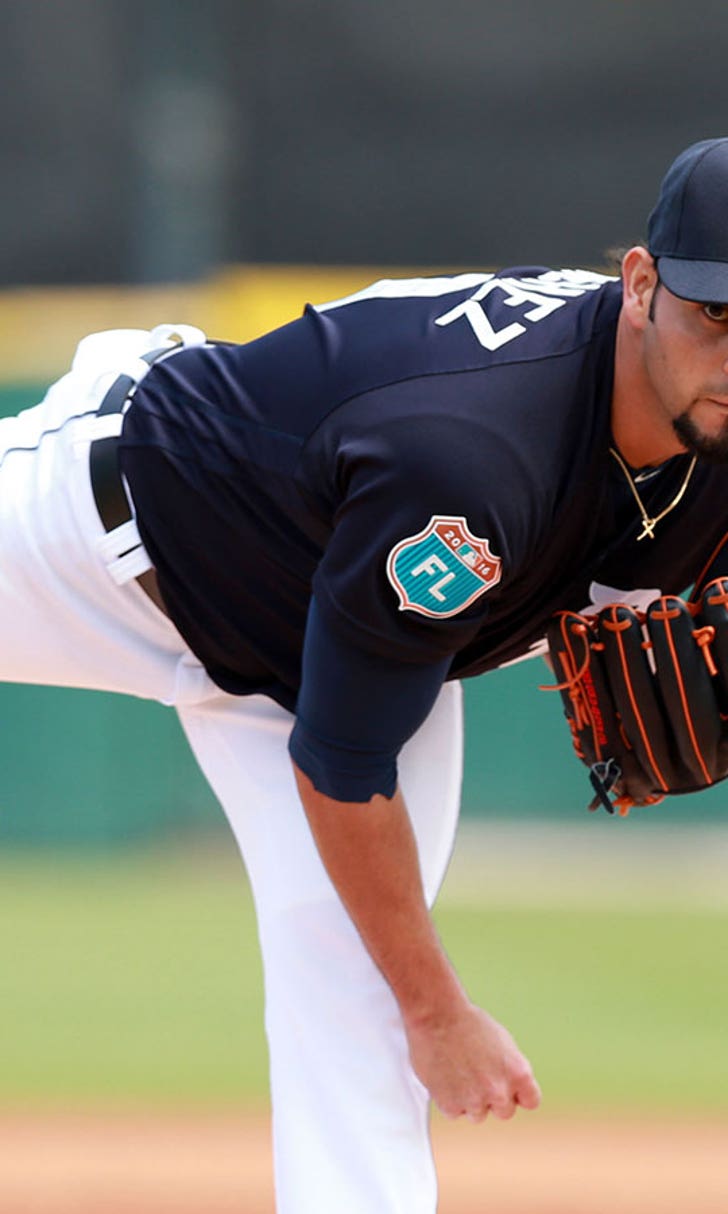 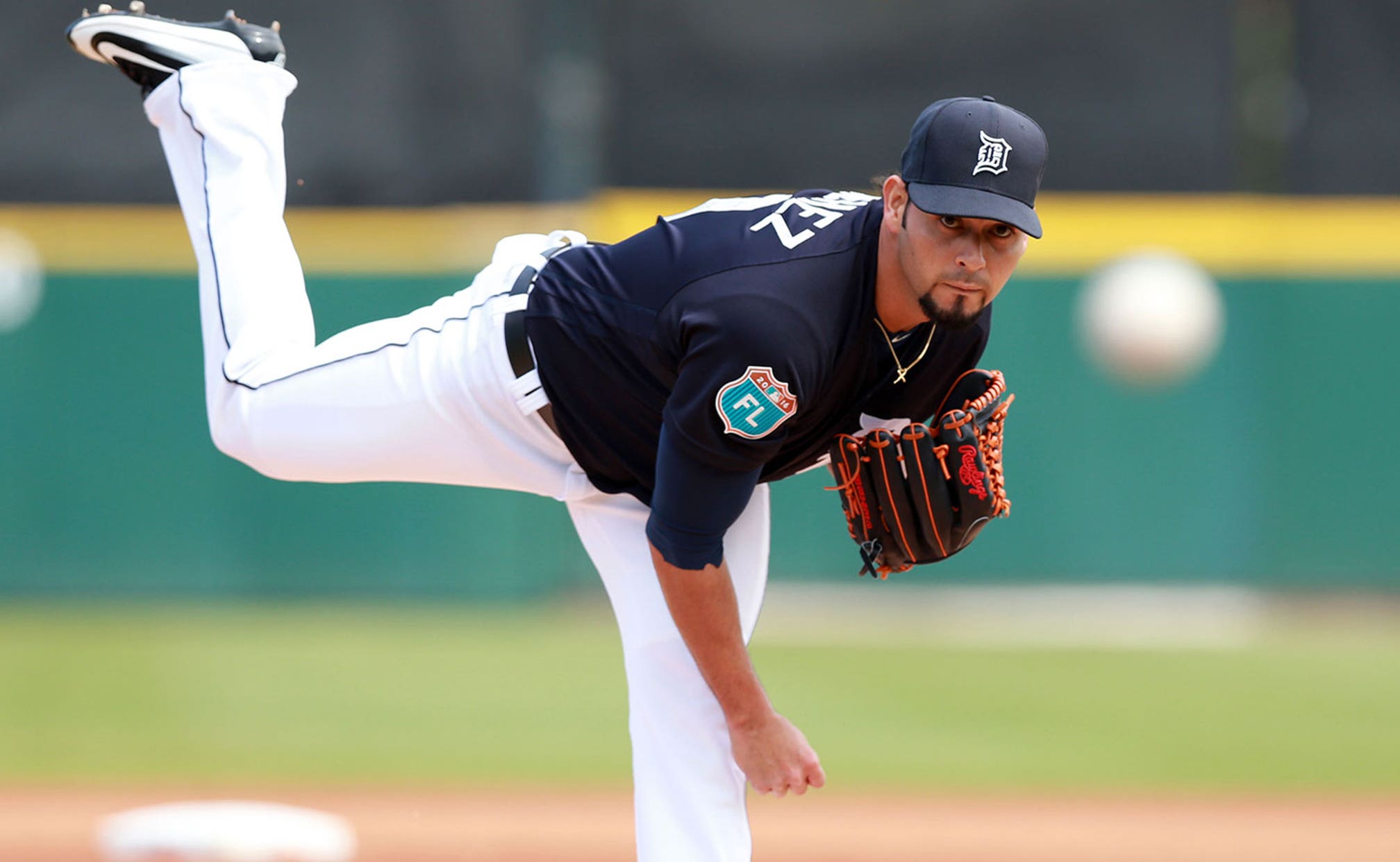 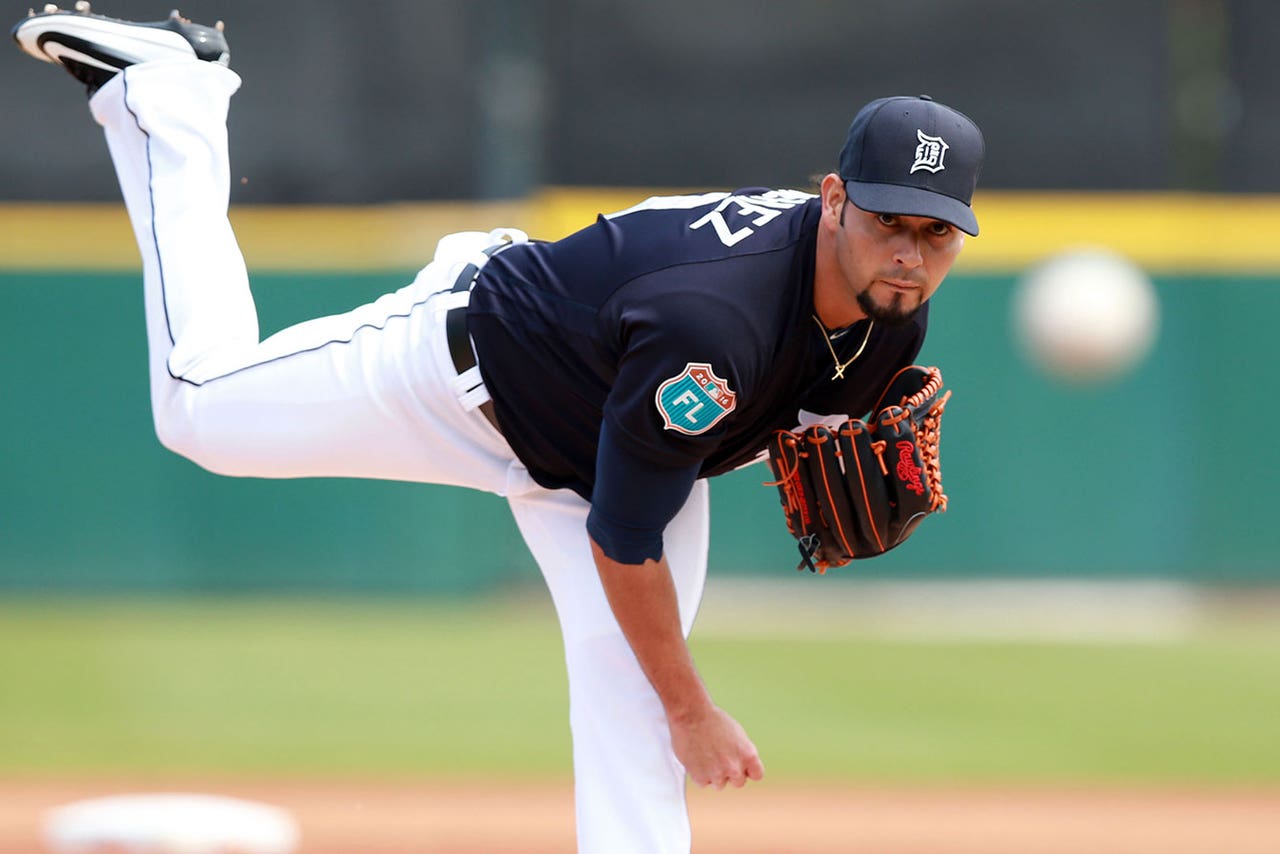 Sanchez, who had been sidelined by triceps inflammation, gave up a leadoff walk to David Lough and then got 12 straight outs, including a double play and three strikeouts. Sanchez pitched in a game for the first time since the Tigers shut him down in mid-August because of a strained rotator cuff.

"I feel looser right now. I don't feel tight in my arm," Sanchez said. "I'm able to throw and work out and I don't feel any kind of soreness."

Manager Brad Ausmus said there's still time to get Sanchez in the first turn of the rotation. Justin Verlander, Mike Pelfrey and Jordan Zimmermann will start the first three games.

"We can push (Sanchez) to the back end of the rotation somewhat, with the off day between Miami and the Yankees," Ausmus said.

Miguel Cabrera's two-out single in the third drove in the only run off Phillies starter Aaron Nola, who got the win but no April assignment.

"We don't want to put a number on anybody at this point," Phillies manager Pete Mackanin said. "We don't have a Kershaw or Greinke-type, but one of them might develop into that type of pitcher. We'll know something by tomorrow or the next day."

Philadelphia didn't get a hit until Maikel Franco's RBI single in the sixth, which came after a couple of walks by Tiger reliever Justin Wilson.

Cedric Hunter drove in the Phillies' last two runs with a home run off Blaine Hardy in the seventh.

Tigers: Sanchez threw 54 pitches, striking out three and getting the other nine outs on ground balls.

Phillies: The sore left middle finger of OF Odubel Herrera is a concern. "I kind of thought he would be further along than he is, but he says he still feels something there," Mackanin said.

Tigers: OF Cameron Maybin is expected to start the season on the disabled list with a broken left wrist. "When the MRI says it's not fractured anymore, I'll be off and running," he said.

Phillies: RHP Jerad Eickhoff will start in Clearwater against the Minnesota Twins.

Tigers: LHP Daniel Norris, competing for the fifth spot in the rotation, will pitch against the Toronto Blue Jays in Lakeland.