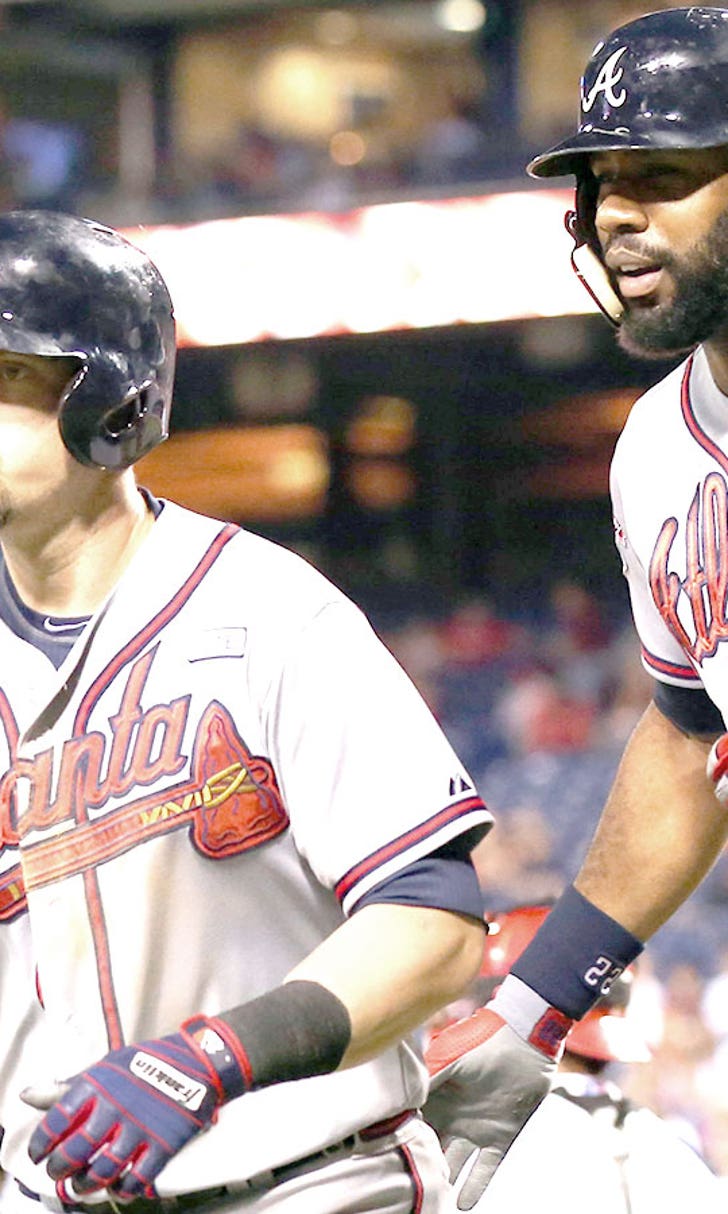 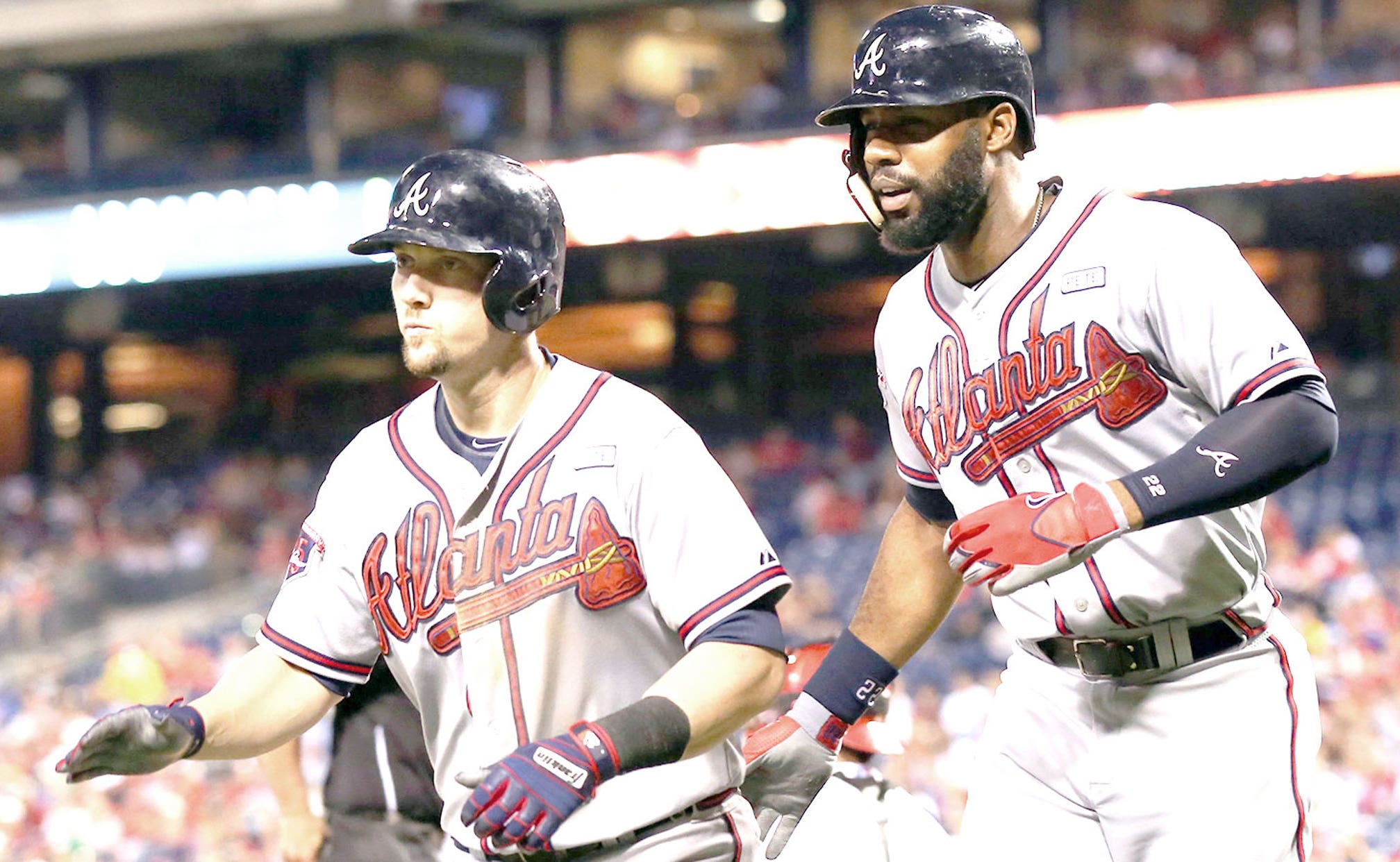 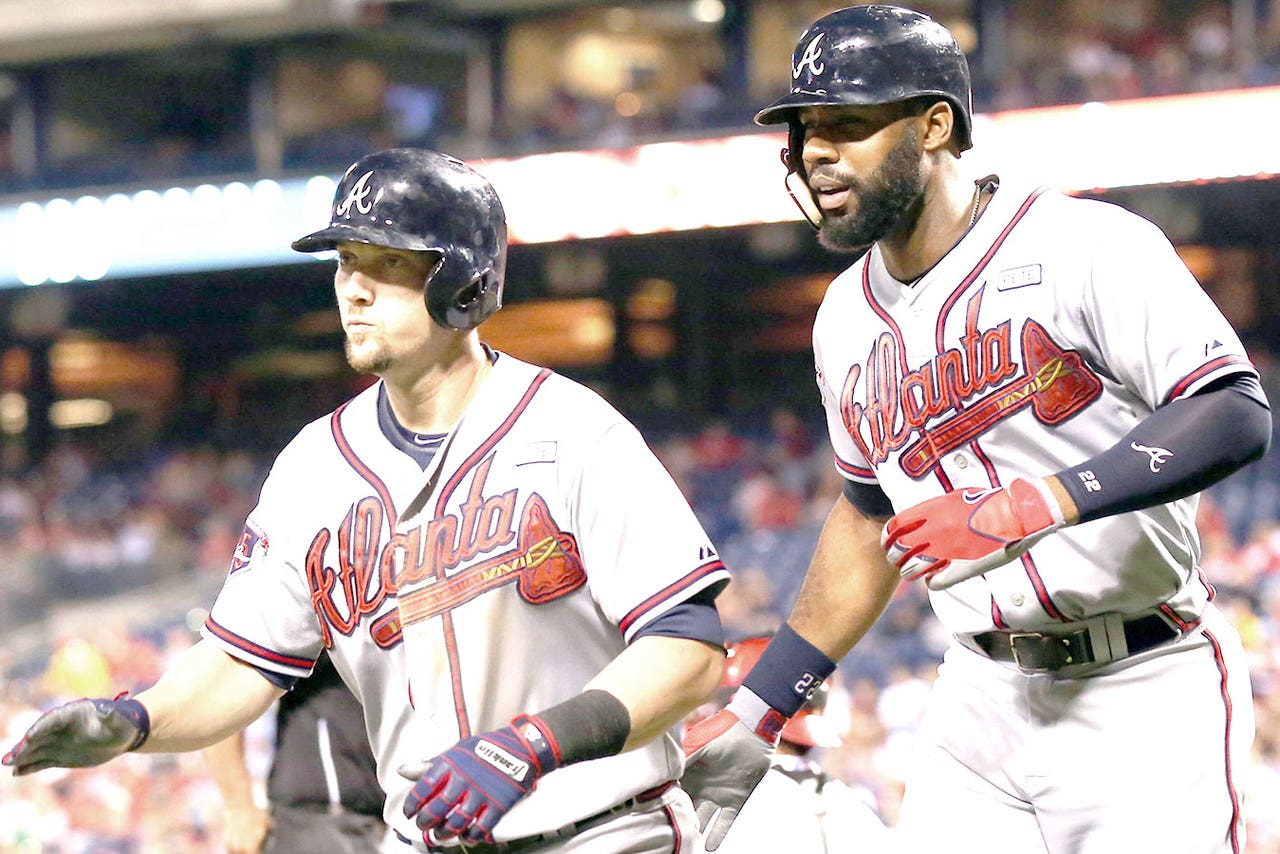 Here are three things we gleaned from the Braves' 5-4 loss to the Phillies on Friday -- a defeat which dropped Atlanta's September mark to a woeful 5-18:

Which brings us to Friday's sluggish defeat: The Braves raced to a 4-0 lead in the opening innings -- thanks to RBIs from Freddie Freeman and Justin Upton (more on him later) and a two-run homer from Chris Johnson -- and then slowly squandered it away in the latter frames.

Holding a 4-1 advantage in the 6th, starter Ervin Santana (impending free agent) was seemingly primed for his 15th seasonal victory and perhaps final win in a Braves uniform.

Just like that, the game was all squared at 4.

"Everything was good," said Santana in the post-game media session. "I just had some bad luck in that 6th inning."

One inning later, the Phillies clinched the victory with a simple RBI groundout (Marlon Byrd), seizing a lead that wouldn't be relinquished by a bullpen that once again included Jonathan Papelbon (recently suspended for making an unfortunate gesture at the Philly fans).

It's worth noting: For the Braves' final five frames at the plate, the club didn't have multiple base runners at any time; and that's especially vexing, since Atlanta tallied at least one hit for Innings 5-9.

But until Friday, the younger Upton brother had never registered 100 RBI in a single MLB campaign. It stands as a great achievement for one of baseball's most underrated outfielders.

Here's the rub: With Upton looking at unrestricted free agency in about 14 months, his 28-homer, 100-RBI contribution (with two games left) should garner the breathless attention of countless GMs, at least those willing to shell out mega-dollars in advance of the 2016 season.

And Upton undoubtedly won't come cheap. If he inks a seven-year deal, in the neighborhood of $17 to $20 million per annum (educated guess), it would cover the outfielder's age-28-34 seasons -- the relative prime of his career.

Would the Braves step up for a contract of that size (and duration) -- especially with Jason Heyward entering free agency after the 2015 season, as well?

A week from now -- or maybe even less than that -- very few people will have specific recall from Friday's game.

And that's OK. When hearkening back to 30 years of MLB's most celebrated final-weekend moments from games that didn't have playoff implications, my vivid recollections are limited to two events ... with one interconnecting theme:

2013: Marlins pitcher Henderson Alvarez tosses a complete-game no-hitter against the Tigers (who had already clinched the AL Central title) on the season's final day.

1984: Angels pitcher Mike Witt hurls a perfect game against the Rangers -- also on the season's final afternoon -- just five days after getting ravaged for four runs and 11 hits against the Royals.

There is one saving grace here: With 30 MLB teams all vying for the same World Series trophy, it's impossible for clubs to make the playoffs every season and/or remain in championship contention.

It may take a few months to kick in, but eventually, we'll grow restless at the sight of blustery weather in Atlanta and turn our thoughts to warm weather and baseball -- particularly spring training in sunny Orlando (Walt Disney World complex).

Enjoy the winter months ... just remember to stay off the roads if/when our beloved metropolis incurs another snowstorm of 2.6 inches.