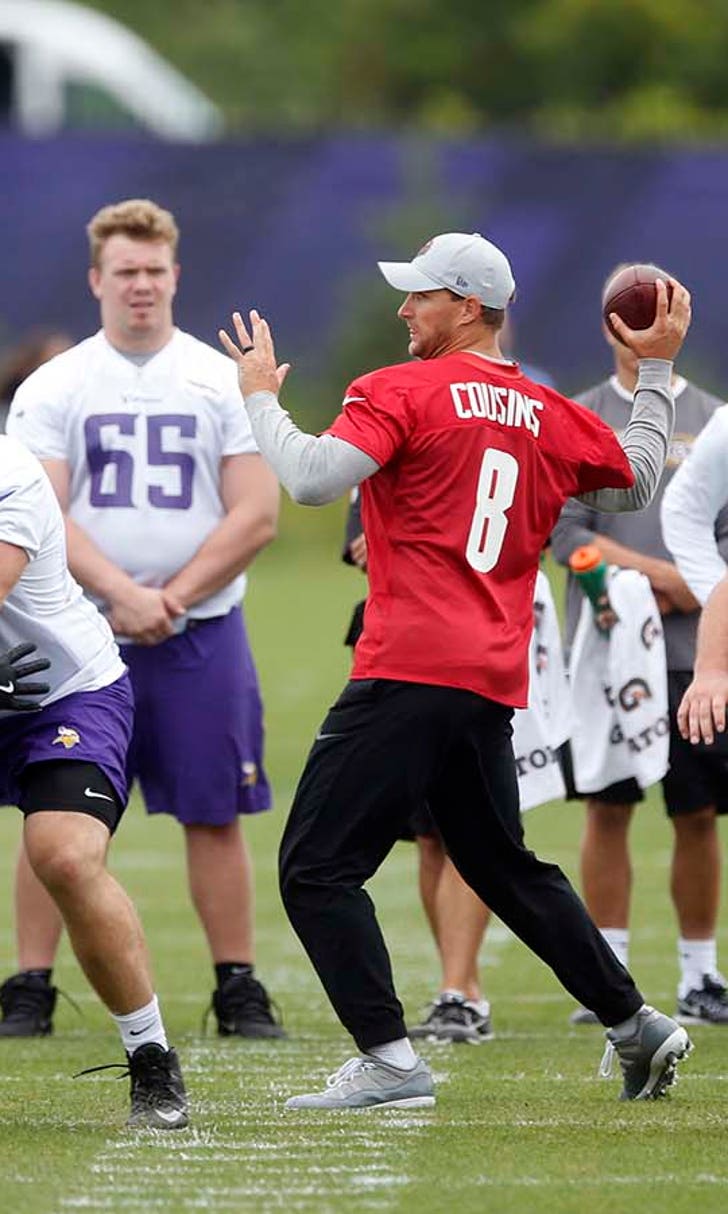 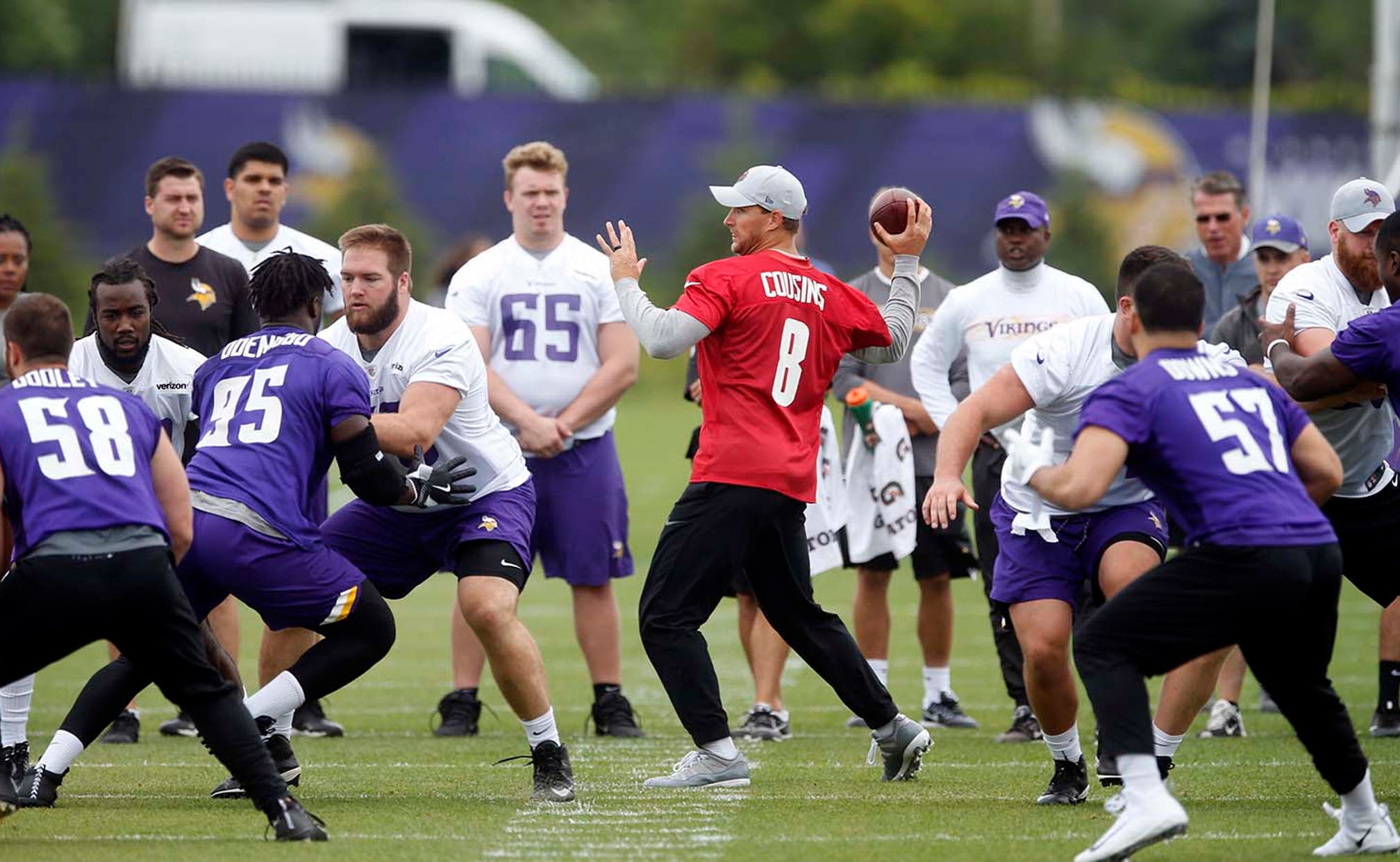 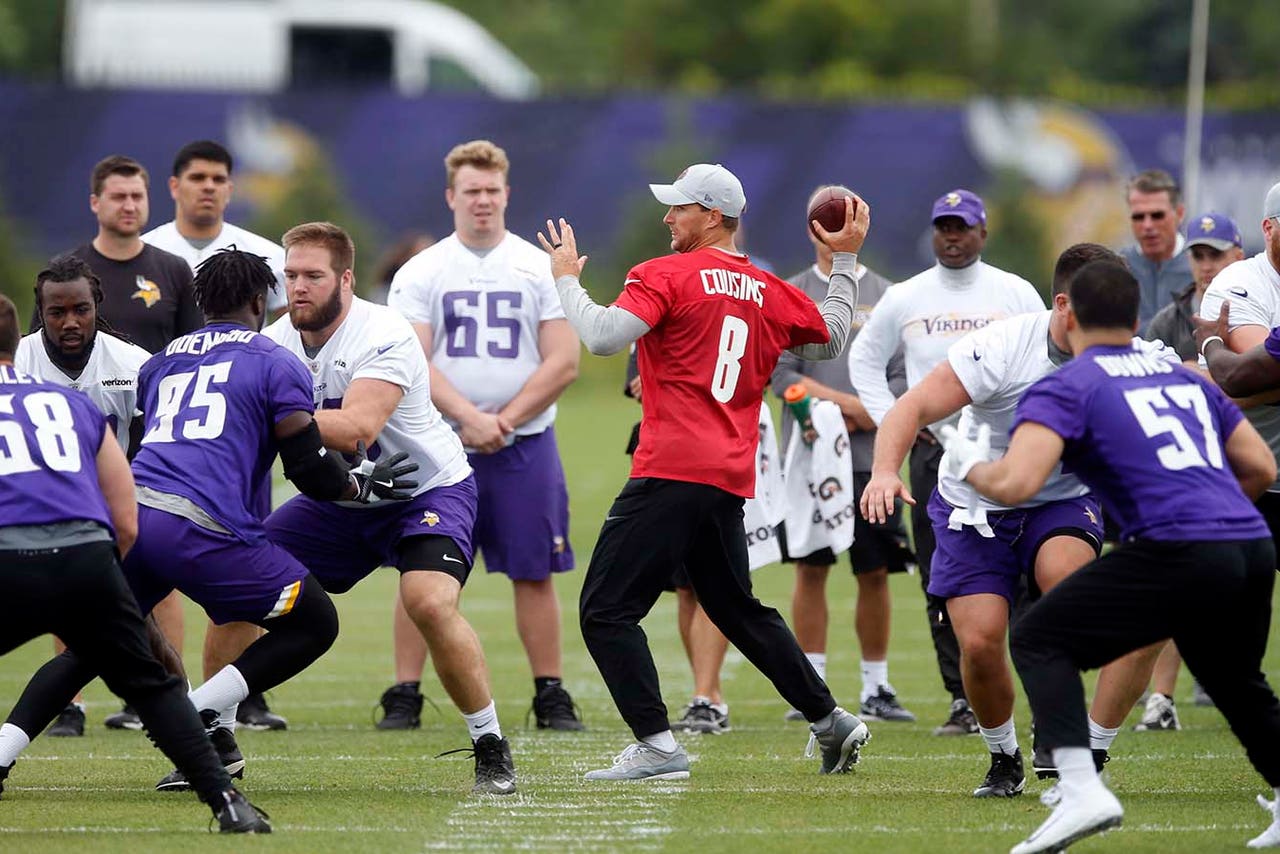 EAGAN, Minn. -- The quarterback merry-go-round in Minnesota has lost a lot of qualified riders over the past decade and more, and the Vikings made an unprecedented commitment this year to Kirk Cousins to make it stop.

Cousins, too, has experienced his share of unsettled situations over a career during which he has often fought skepticism toward his ability to be a premier player.

This season, for both parties, there's no question about who the starter will be. Cousins arrived less than five months ago, and he has yet to take a snap for the Vikings that counts. Still, they've already anointed him their team leader.

"At some point you have to be given a license to lead to lead. You have to be given permission to take charge, and when you're still having internal competition it's hard to do that," Cousins said. "I've been in those situations in the past."

Not only in Washington, where he played his first six years as a pro, but in the early part of his time in college at Michigan State.

"It was hard to really assert my personality in the locker room, because I didn't want to step on the toes of the other people," Cousins said.

"So that's something, when you know your role and it's been defined, you can then lead from a place of greater comfort and from that platform. I think that helps the overall dynamic."

With a fully guaranteed $84 million contract over the next three years, the Vikings will be steered by Cousins through at least 2020 even with a roster stacked with stars at several positions. If all goes well, the marriage would last until he decides to leave the game.

Daunte Culpepper, whose career was derailed in the 2005 season by a massive knee injury, was the last sustained starting quarterback for the Vikings.

None of the successors, as successful as they might have been, stayed longer than two years. Teddy Bridgewater was on his way to solving the problem, until he hurt his knee even worse than Culpepper.

Sam Bradford was an exceptional fill-in, but then he was hurt and replaced by Case Keenum. Despite his hand in helping the Vikings reach the NFC championship game, the front office and coaching staff were never fully committed to Keenum for the long term.

So now the offense has been turned over to Cousins, who has found himself the center of attention more quickly than he anticipated.

"I was surprised by how much my teammates gave me that license to lead quickly. I thought they were going to want to have me prove myself a little bit longer than maybe I had to," Cousins said. "They were very supportive and said, `No, man. It's your show. Let's go.'"

The first two days of training camp have been primarily for rookies and other players either relatively inexperienced or recovering from injuries, but Cousins has taken part along with all the other quarterbacks.

Running back Dalvin Cook has shed his knee brace, declaring himself fully past the ACL injury that ended his rookie season early. Cornerback and kickoff returner Mike Hughes is the first-round draft pick. Cousins, of course, has the biggest share of the spotlight, as he will for as long as he's putting on a purple jersey.