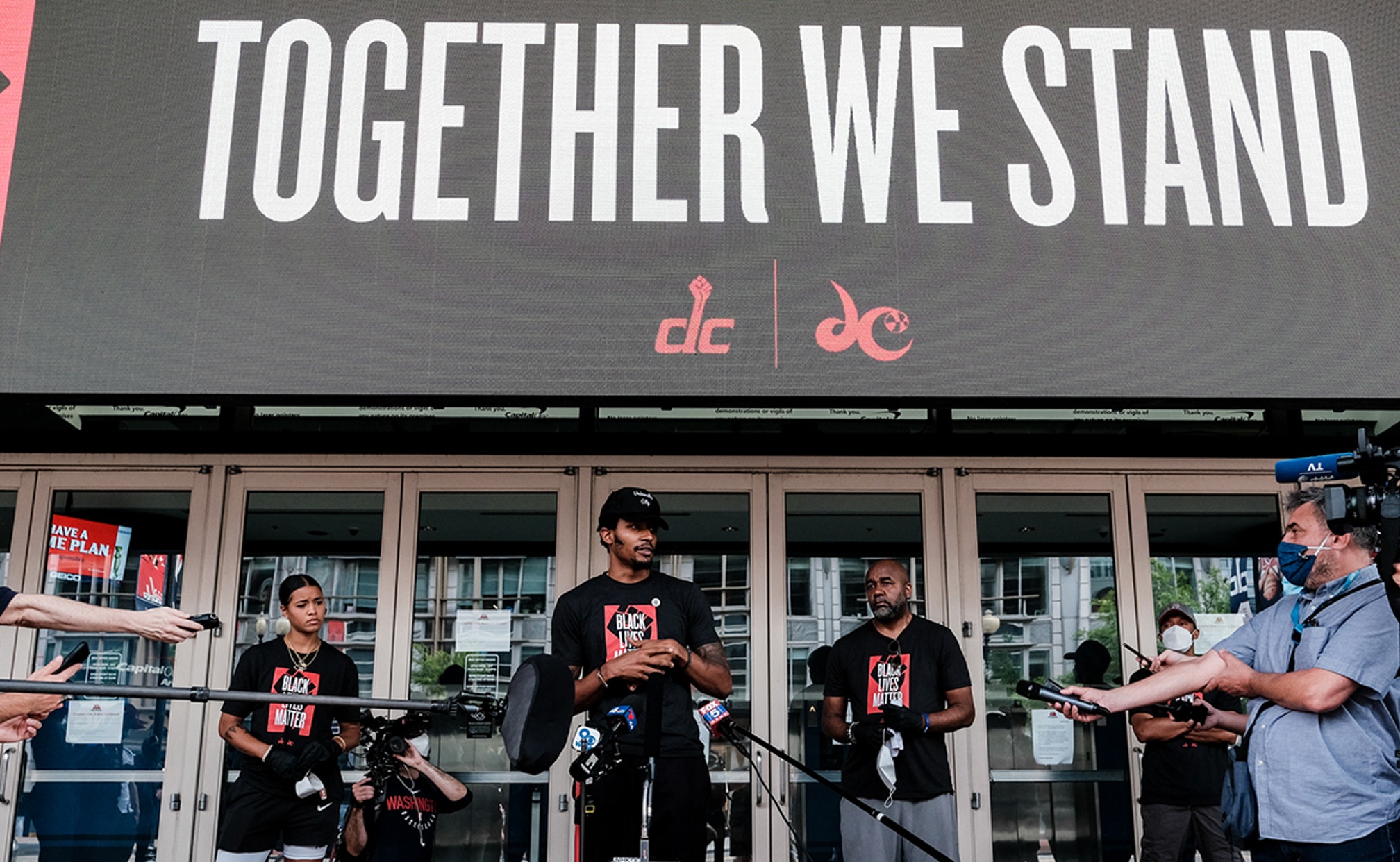 Friday marked Juneteenth, the oldest-known commemoration of the end of slavery in the United States, on the anniversary of the day news of the Emancipation Proclamation reached the people in Texas.

To celebrate and bring attention to the annual celebration, professional athletes, sports organizations and leagues took to social media on Friday, beginning with the NBA.

The league posted an entire thread on the origins of Juneteenth, which falls on the anniversary of news of the Emancipation Proclamation reaching the people in Texas in 1865.

The NFL also closed its league offices in an effort to recognize the holiday.

MLB, the NHL, MLS and the WNBA were among other professional sports leagues that honored Juneteenth on Twitter.

Nearly all teams across the major American professional sports leagues posted a Juneteenth message on their social media accounts.

Here's how a sampling of how the rest of the sports world commemorated the event, starting with the march led by the Wizards and Mystics in Washington, D.C.

Several current and former athletes also expressed their appreciation of the Juneteenth holiday.

And FOX Sports commemorated the event, as well:

How The West Was Won
The Los Angeles Lakers are headed back to the NBA Finals for the first time in 10 years. Here is how they did it.
15 hours ago

How To Erase A 3-1 Deficit
The Nuggets had been the comeback kings of the 2020 NBA playoffs. The Celtics can surpass them by following these 3 steps.
19 hours ago