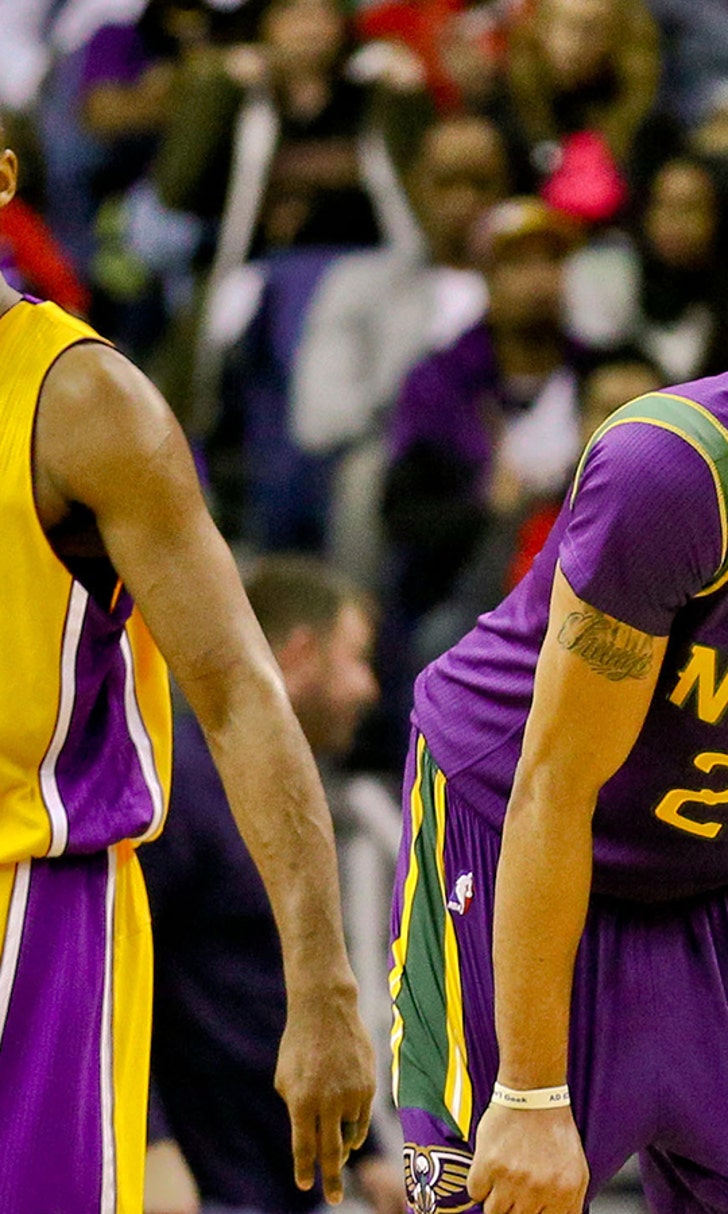 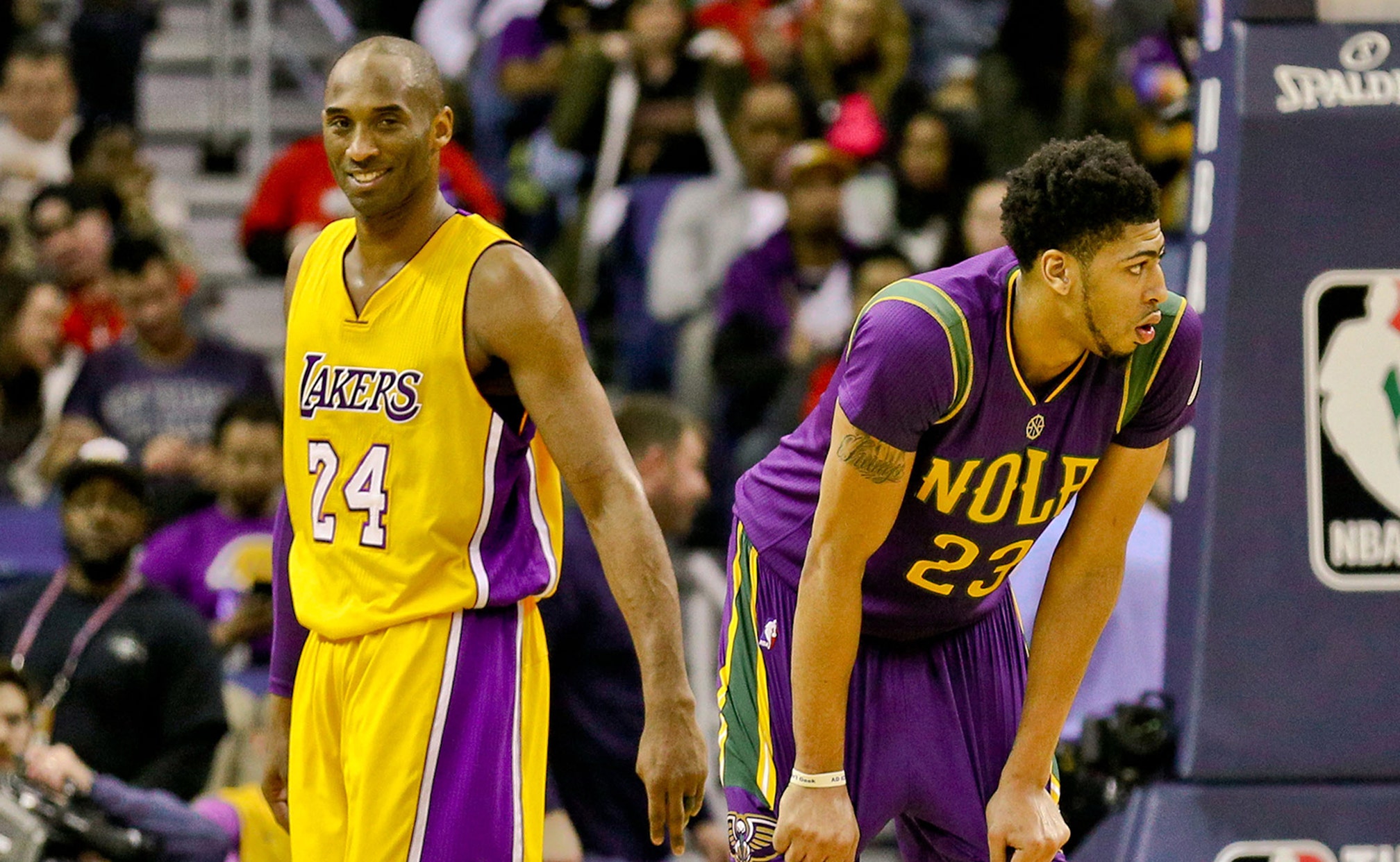 Bryant, who scored a season-high 38 points at Minnesota two nights earlier, held his follow-through as his final 3 went through with a minute left to put the Lakers up 98-92, then wagged his index finger as if to say, "Don't doubt me," as he jogged back up court with a good portion of the crowd cheering wildly.

Bryant, who also grabbed 12 rebounds, missed a free throw with 6 seconds left that allowed the Pelicans a chance to tie the game with a 3, but Jrue Holiday's shot missed the rim as time expired.

Anthony Davis had 39 points and 11 rebounds for the Pelicans, but his missed breakaway dunk in the fourth quarter seemed to define the night for New Orleans, which lost its third straight.

The Pelicans missed a couple of dunks among a number of misses from short range. They also missed 12 of 26 free throws.

There were smatterings of purple and gold throughout the stands -- only a small minority of it LSU gear. Lakers fans who wanted to honor Bryant in his final season showed up and made themselves heard with cheers that filled the arena each time Bryant checked into the game and when he hit shots. At one point in the first half, an "M-V-P!" chant broke out with Bryant on the foul line.

The cheers that erupted after his late baskets seemed somewhat bizarre, given that they spoiled the home team's frantic attempt to come back from a 12-point, fourth-quarter deficit.

Holiday scored 19 for New Orleans, but missed five of six 3s he attempts as New Orleans went 4-of-20 from deep. Ryan Anderson and Bryce Dejean-Jones each scored 17.

Bryant started quickly, making four of his first five shots and scored 11 of his points in the opening quarter.

The Lakers led by 12 when Randle's jumper made it 26-14, but New Orleans stormed into the lead, however briefly, by closing the quarter on a 14-0 run that included five points by Dejean-Jones.

Los Angeles seized control right back in the second quarter, going back up by 12 with a 14-2 run fueled largely by Clarkson's seven points on a jumper, 3 and layup.

Clarkson, who scored 16 of his points in the first half, later added another 3 to give the Lakers their largest lead at 55-42.

Los Angeles led 59-48 at halftime and still led by 10 after a disjointed third quarter characterized by fits and starts by both clubs.

Lakers: Clarkson has scored at least 10 points in 20 straight games, a career-best streak. ... The Lakers won the only other meeting earlier this season in Los Angeles. A third and final meeting is scheduled in New Orleans on April 8. ... Former LSU standout Brandon Bass, a south Louisiana native, estimated that he'd fulfilled close to 30 ticket requests for friends and family.

Pelicans: G Tyreke Evans missed his fifth straight game with right knee soreness. Pelicans coach Alvin Gentry said he and trainers believe it's better to give Evans continuous rest until he can return at lost to full health rather than have him playing through pain and possibly worsening his condition. ... New Orleans, which had recently won seven of nine, has lost four of six, including two straight at home.