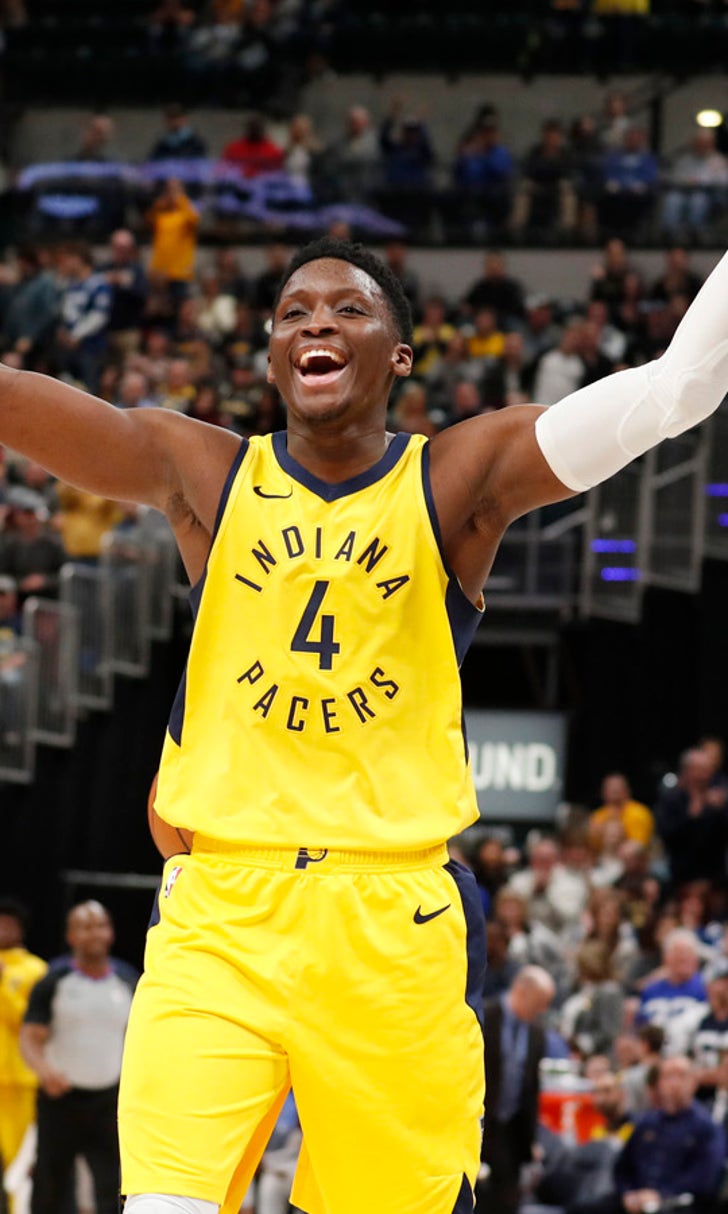 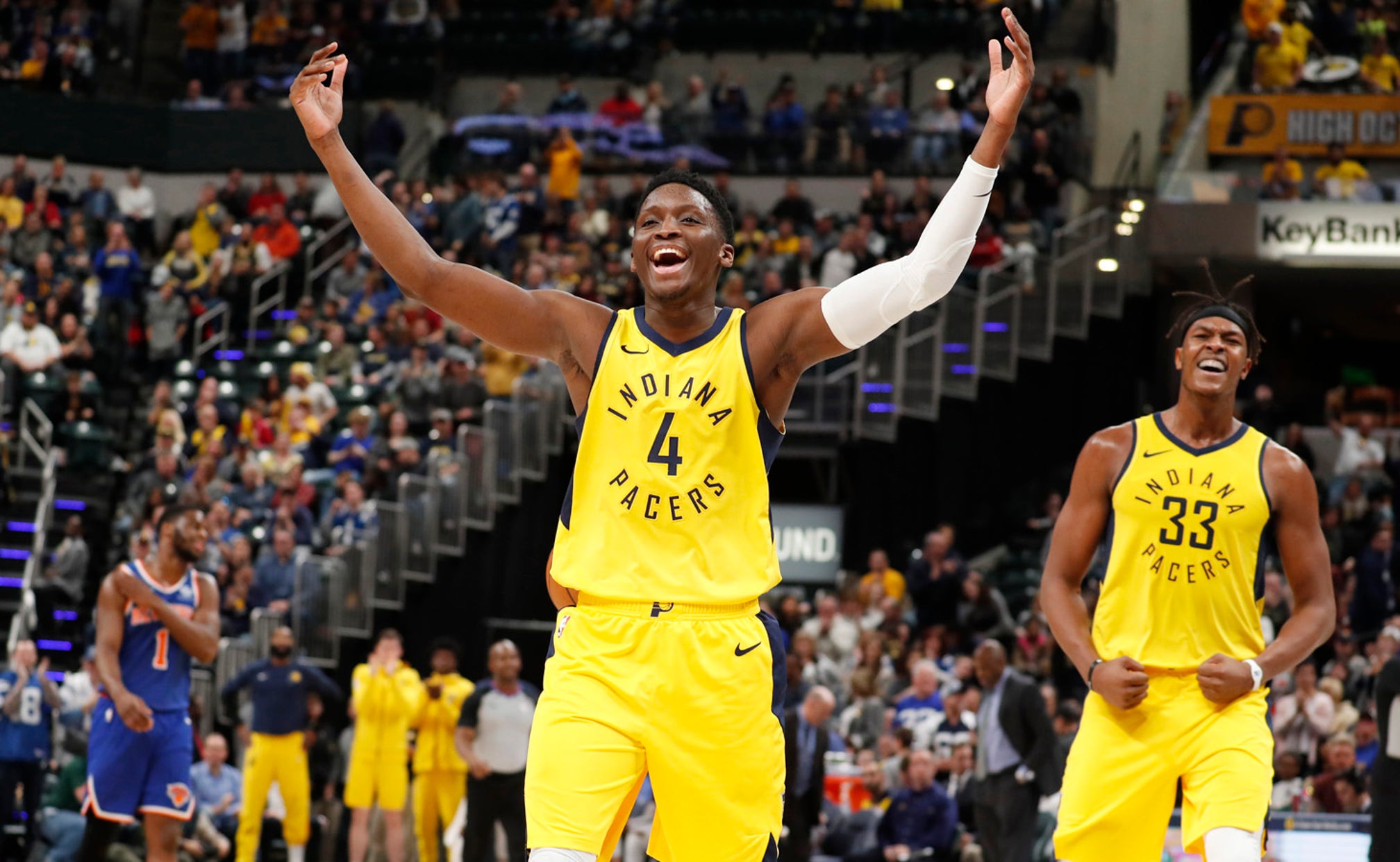 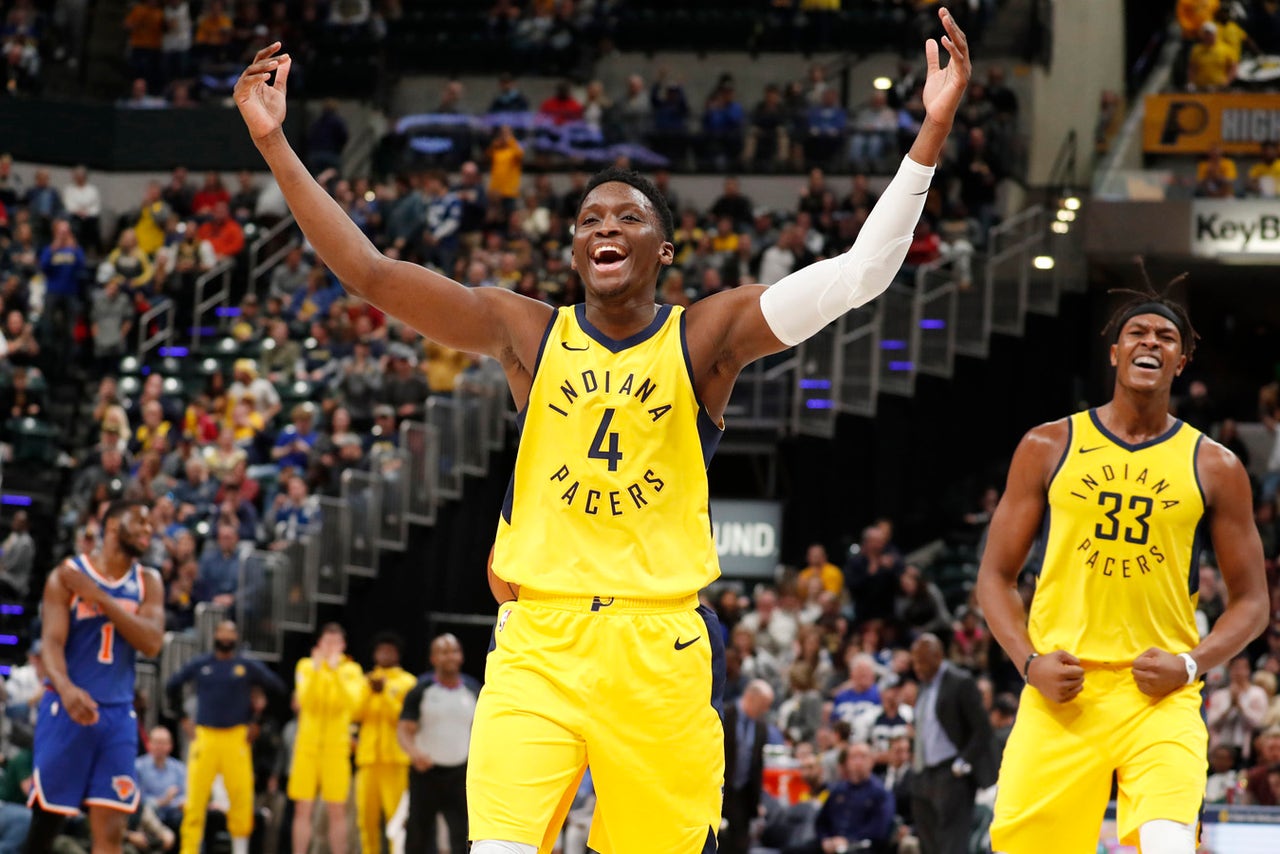 INDIANAPOLIS — Victor Oladipo is getting close.

Oladipo had his best outing since returning from a nagging right knee injury that kept him out of the lineup for 11 games, scoring 26 points Sunday as the Indiana Pacers beat the New York Knicks 110-99 for their seventh straight victory.

The winner of the Most Improved Player award last season added eight rebounds, seven assists and a season-high five steals. The All-Star guard said he is feeling almost 100 percent.

Myles Turner added 24 points, six rebounds and two blocks. He also halted the Knicks' momentum on a fast break in the fourth quarter, sprinting across the court to disrupt Emmanuel Mudiay's layup attempt that would have cut the Pacers' lead to four points late in the game.

The Pacers say plays like that symbolize their defensive focus.

"That's just our makeup. It's just something that's embedded in our heads. We know we have to be in our spots (on defense) to help our teammates," guard Darren Collison said. "We're just caring about one another. Everybody's making the right plays, and really, it comes down to our defense. When we play defense the way we have been, we can do whatever we want on the offensive end."

The Pacers led by as many as 10 in the first half but were up only 56-53 at halftime. It was tied at 81 with about nine minutes remaining before Indiana scored seven straight points for an 88-81 lead. New York made a late run but the Pacers held on to improve to 20-10.

"We just stepped up our energy," Turner said. "A team like (New York) tries to slow you down. We just had to create our own energy."

"I feel like we competed," Mudiay said. "(We) definitely showed a lot more effort. The main thing was getting us a chance in the first quarter, and that's what we went out there wanting to do, so we gave ourselves a chance. But it didn't come out the way we wanted."

Myles Turner on Victor Oladipo rounding back into form: "He's still trying to get his legs back under him. It's going to come with time. ... He looks great from the small sample size we have, and he's going to continue to get better for us."@Pacers pic.twitter.com/OjgcHaMnIB

Pacers: Lead the season series against New York 2-0. ... The Pacers became the fourth team to reach the 20-win mark. ... Indiana moved within percentage points of Milwaukee for second place in the Eastern Conference standings ... Indiana is 14-3 against conference opponents.