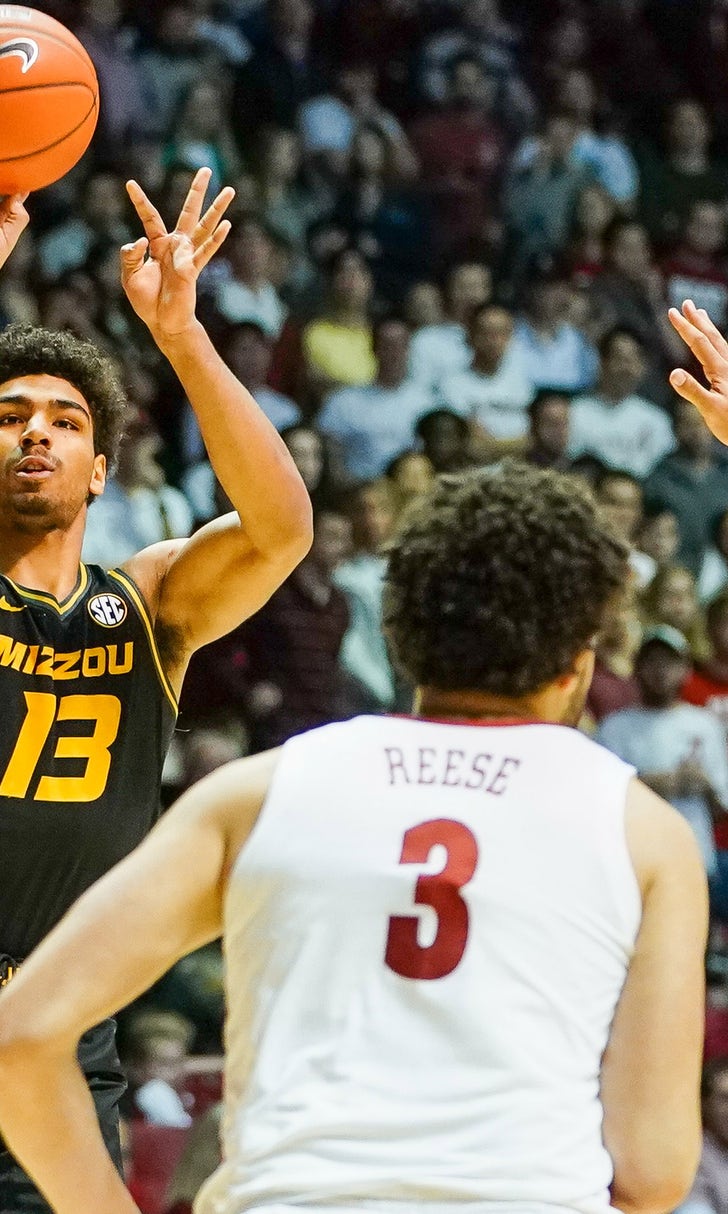 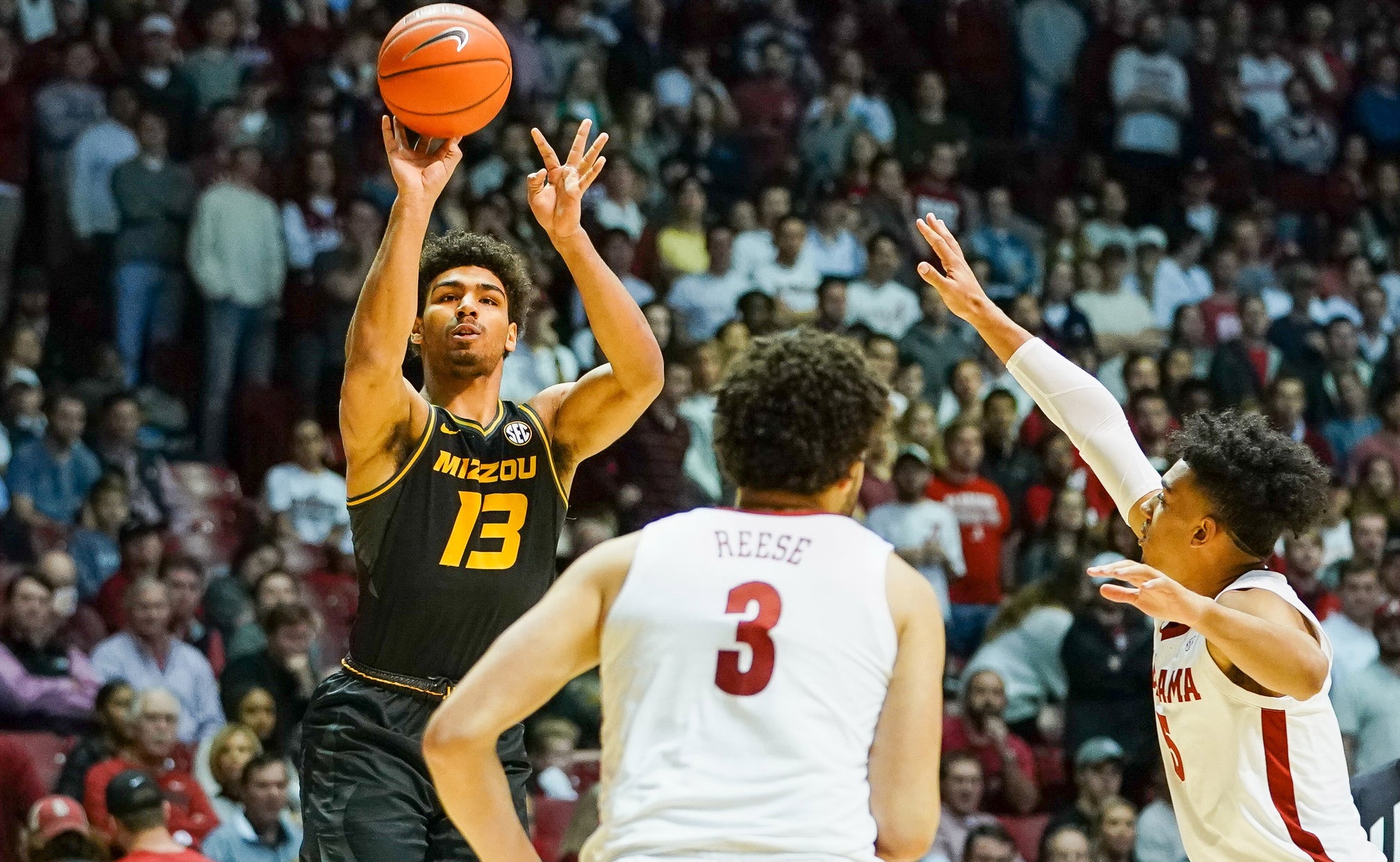 Mizzou battles back before Alabama pulls away in second half, falling 88-74 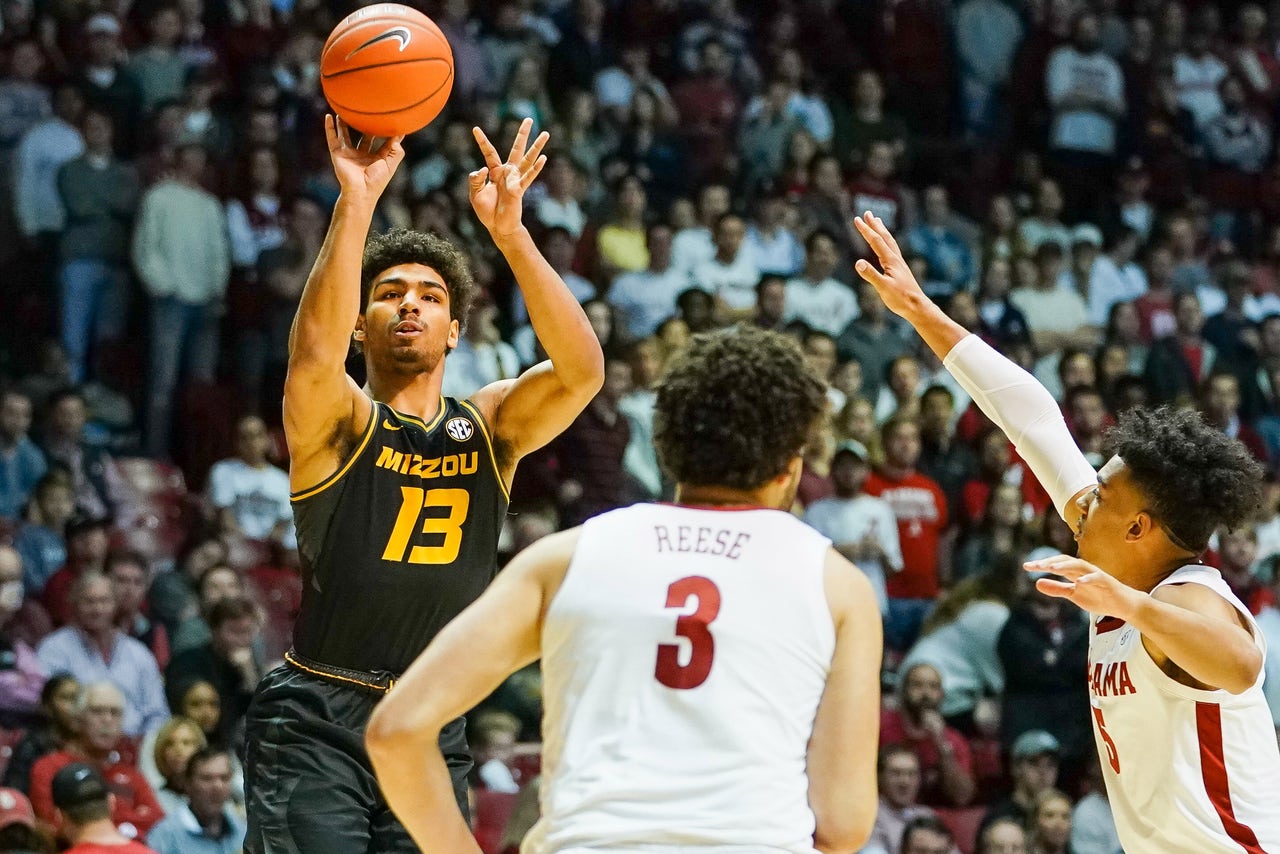 John Petty scored 20 points and Alex Reese and Jaden Shackelford each had 17 to lead the Crimson Tide to an 88-74 victory over Missouri on Saturday. The Tigers made all 31 free throw attempts, the most a Southeastern Conference team has taken without a miss.

“That's a pretty crazy stat," Alabama coach Nate Oats said. “For us to still win by 14 when they set an SEC record for number of free throws made 100 percent, that speaks a lot to what else we were doing well because we didn't do a very good job keeping them off the free-throw line."

The Tide (10-7, 3-2 Southeastern Conference) built a 12-point second-half lead and then withstood challenges to punctuate a week that included handing No. 4 Auburn its first loss. The final margin was the game's biggest.

Missouri (9-8, 1-4) pulled to within three points several times, the last on Reed Nikko's basket with 6:34 left. That was as close as the Tigers could come despite all that success at the line.

The league's previous high for free throw perfection came when Florida made all 27 attempts against Tennessee in 1994.

“I told the guys I’m happy that they did that," Missouri coach Cuonzo Martin said. “I’m very impressed with that, because we spend so much time as a staff on really driving the ball. A lot of stuff we got at the rim. We made the free throws. That’s not easy. They did that."

Petty scored nine points down the stretch for the Tide. He and Reese each made four 3-pointers with Petty's biggest a quick one from the top of the key late.

“Coach gives us the green light to shoot 3s in transition if we’re open,” Petty said. “I really just walked up and I saw (the defender’s) feet within the 3-point line and I shot it with confidence."

Herb Jones had 11 points and 12 rebounds for Alabama. Kira Lewis scored 10 points and had seven assists but also turned it over six times.

The style played mostly in Alabama's favor in a matchup of the nation's No. 4 scoring offense for the Tide and the SEC's top defensive team. The Tigers, who came in allowing 59.7 points per game, gave up a season-high.

They hadn't given up more than 77 in a game.

Petty went scoreless for the first nine minutes and then hit three 3-pointers over the next 2:07 for the Tide. He got hot again late, scoring on a drive, two free throws, a 3-pointer, and a jumper.

The Tigers went a span of 10 minutes, 47 seconds in between baskets in the first half. Pinson snapped the drought with a layup he turned into a three-point play after a foul.

Alabama: Finished off a big week after Wednesday's 83-64 romp over No. 4 Auburn. Made 11 3-pointers in the first half before cooling off with two after the half.

Lewis picked up his fourth foul with 9:48 left on his second charge. Fellow guard James Bolden fouled out 42 seconds later, followed not long after by Herbert Jones getting No. 4.

“We went a few minutes there without (Lewis),” Oats said. “Kira’s not one that typically picks up a lot of fouls. I was hoping he could finish the game without picking that fifth one up. He was smart. He had some maturity about him playing with four fouls.”

Ohio State's Championship Conundrum
The Buckeyes could miss the Big Ten title game through no fault of their own. Urban Meyer offers one thing to keep in mind.
11 mins ago

Lurking Or Overlooked?
BYU is 9-0, but they're only 14th in the CFP rankings. And coach Kalani Sitake had thoughts on Breaking The Huddle.
6 days ago
those were the latest stories
Want to see more?
View All Stories
Fox Sports™ and © 2020 Fox Media LLC and Fox Sports Interactive Media, LLC. All rights reserved. Use of this website (including any and all parts and components) constitutes your acceptance of these Terms of Use and Updated Privacy Policy. Advertising Choices. Do Not Sell my Personal Info