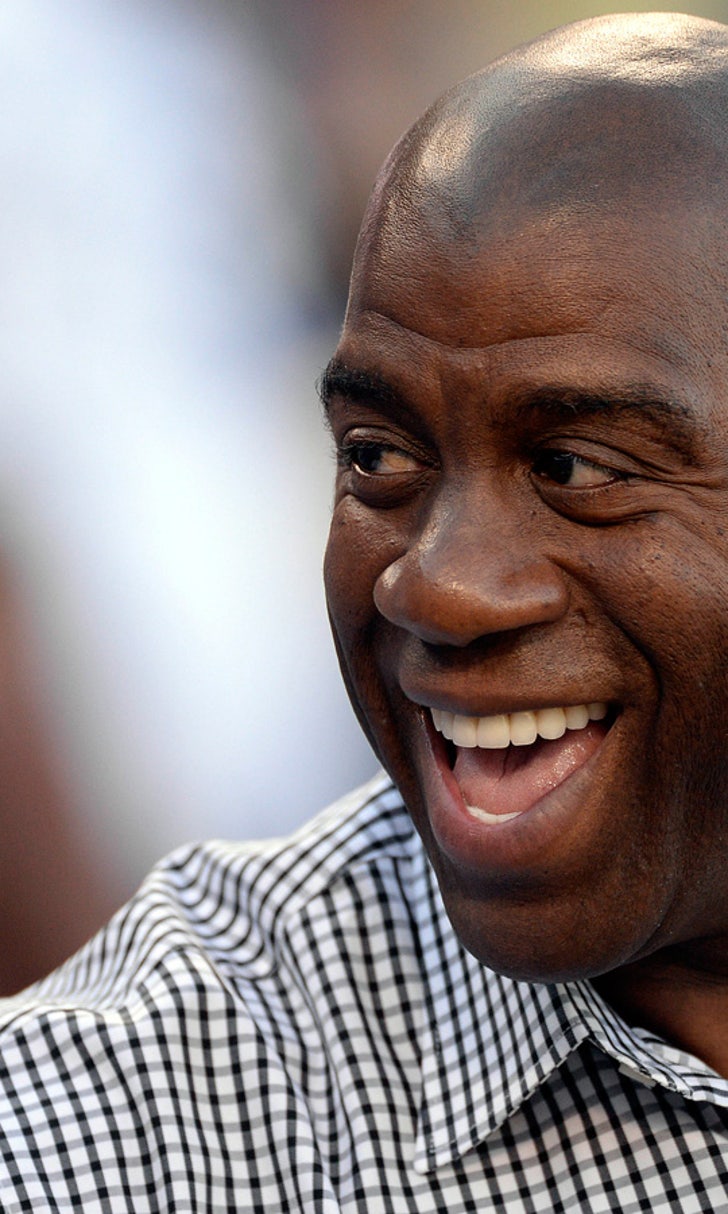 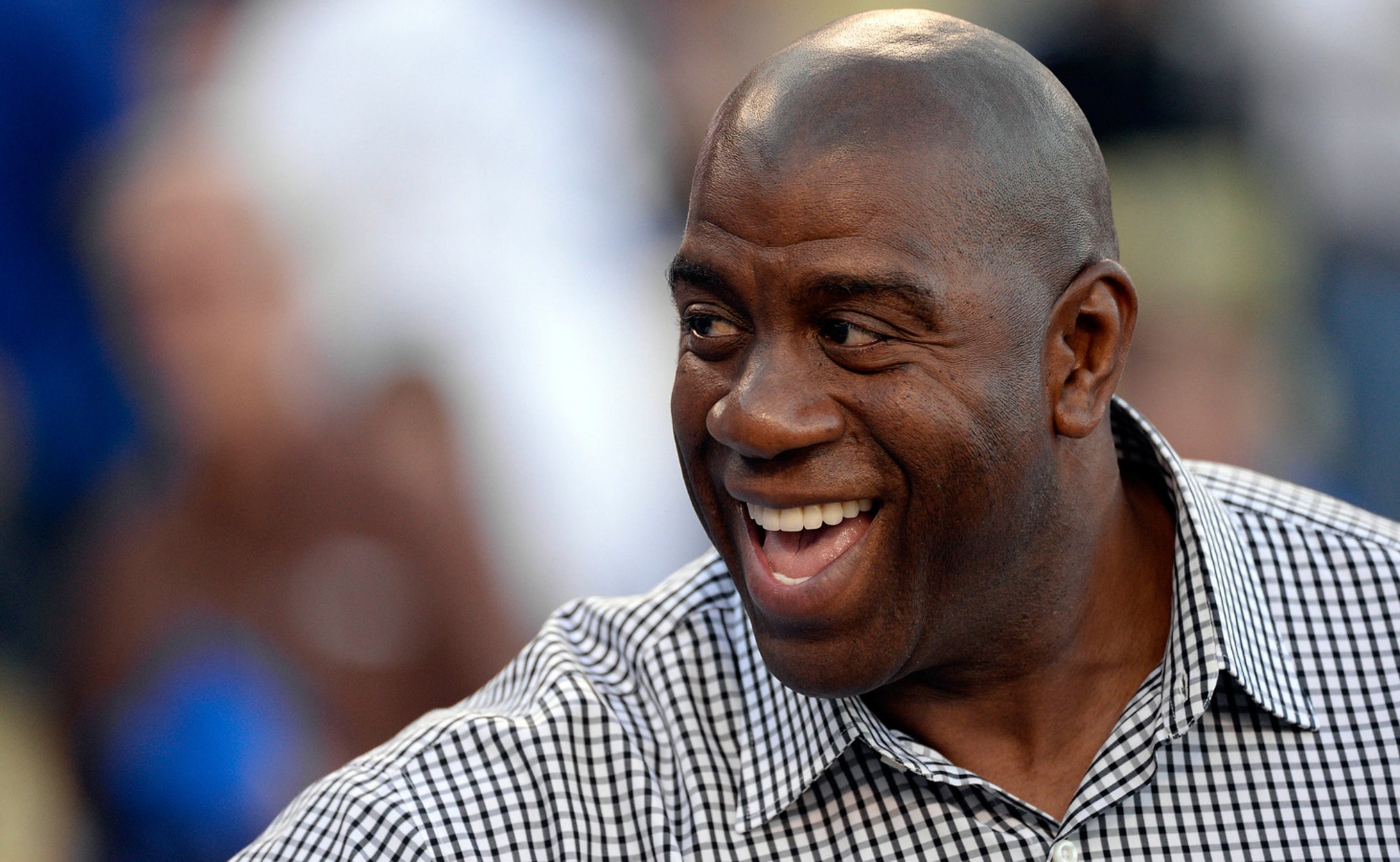 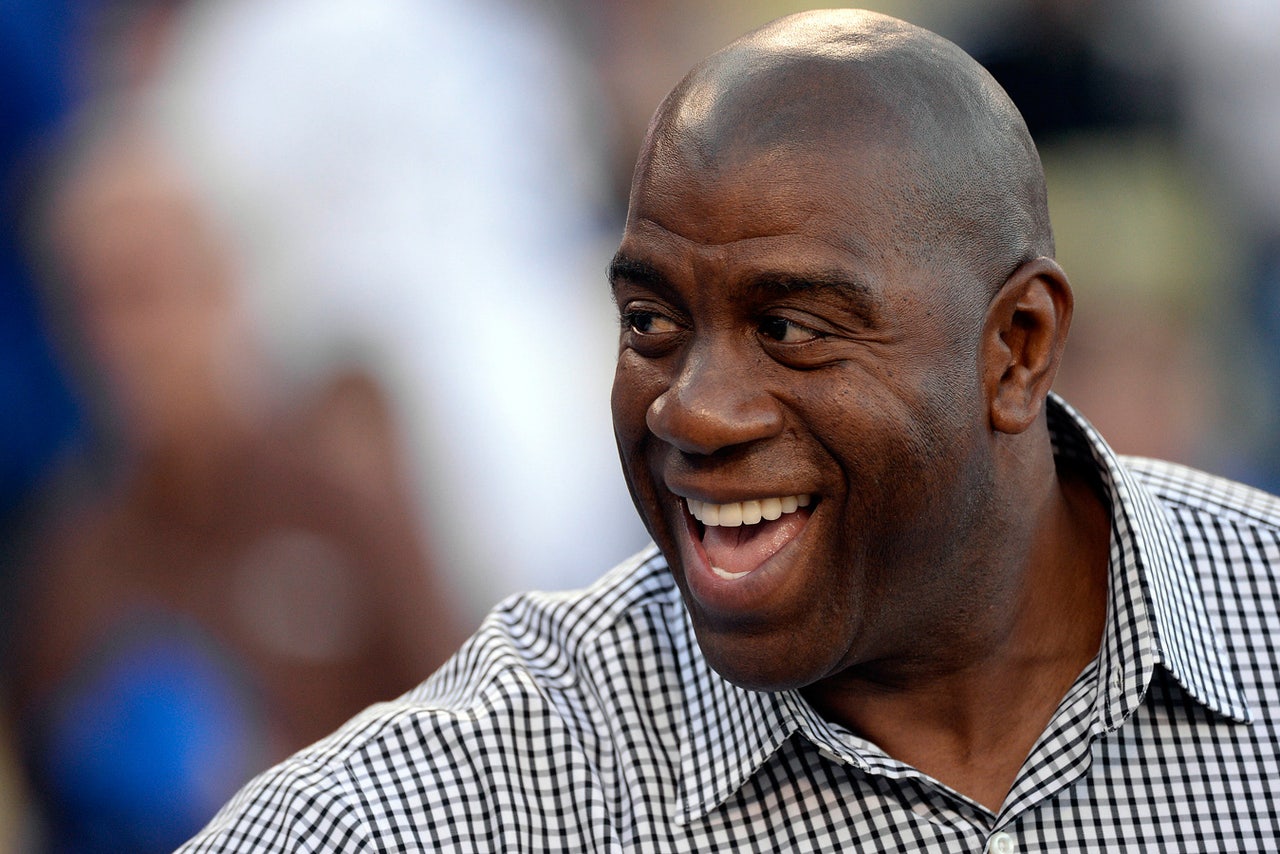 Magic Johnson has left no stone unturned when it comes to his struggling former team.

During an appearance on the "Tonight Show" on Monday, he ripped into the Lakers' decision to hire Mike D'Antoni over Phil Jackson, saying it pains him to watch games these days.

"He don't teach defense," Johnson said of the Lakers' coach. "I can't stand to watch the Lakers play because the same play happens every single time on the Lakers -- pick and roll and the guard goes all the way in for a layup.

"What are we, 40-something games into the season? The teams run the same play on us. We haven't stopped it yet. Uh, duh."

Johnson added that while he liked D'Antoni while he was head coach in Phoenix, Los Angeles is a different beast.

"We're the Lakers. We've got to have a championship coach. We made a critical mistake in not bringing Phil Jackson back."

For good measure, Johnson followed it up on Tuesday by taking a subtle dig at Kobe Bryant on Twitter, leaving him off a list of his "great ones."

It's not a real shock considering Johnson has been plenty vocal when it comes to his opinion of the Lakers.

After D'Antoni was hired over Phil Jackson last season, Johnson took time off from Twitter to "mourn" the fact that Jackson hadn't been hired.

D'Antoni kept it politically correct then, and is sticking to his guns, refusing to fuel the fire.

"No," D'Antoni said when asked if he had a response to Johnson's comments. "Next subject."

Nuggets Of Wisdom
For almost every team, down 2-1 in the conference finals to LeBron would be a must-win. Not for Denver, Martin Rogers explains.
2 hours ago

Super Herro Makes History
The Heat are on the verge of the Finals thanks to Tyler Herro, who joined Magic Johnson with one record and broke another.
2 hours ago

Lethargic In Los Angeles
The Lakers looked sluggish in their Game 3 loss to Denver. Will it wind up costing LeBron & Co. in the long run?
13 hours ago

'I Want to Win Tomorrow'
NASCAR's newest team owner, Michael Jordan, sat down with Bob Pockrass to explain his move into the Cup Series.
14 hours ago

A Shift In Momentum?
Boston welcomed the return of Gordon Hayward in Game 3, with hopes it will translate into a comeback series win over Miami.
16 hours ago
those were the latest stories
Want to see more?
View All Stories
Fox Sports™ and © 2020 Fox Media LLC and Fox Sports Interactive Media, LLC. All rights reserved. Use of this website (including any and all parts and components) constitutes your acceptance of these Terms of Use and Updated Privacy Policy. Advertising Choices. Do Not Sell my Personal Info