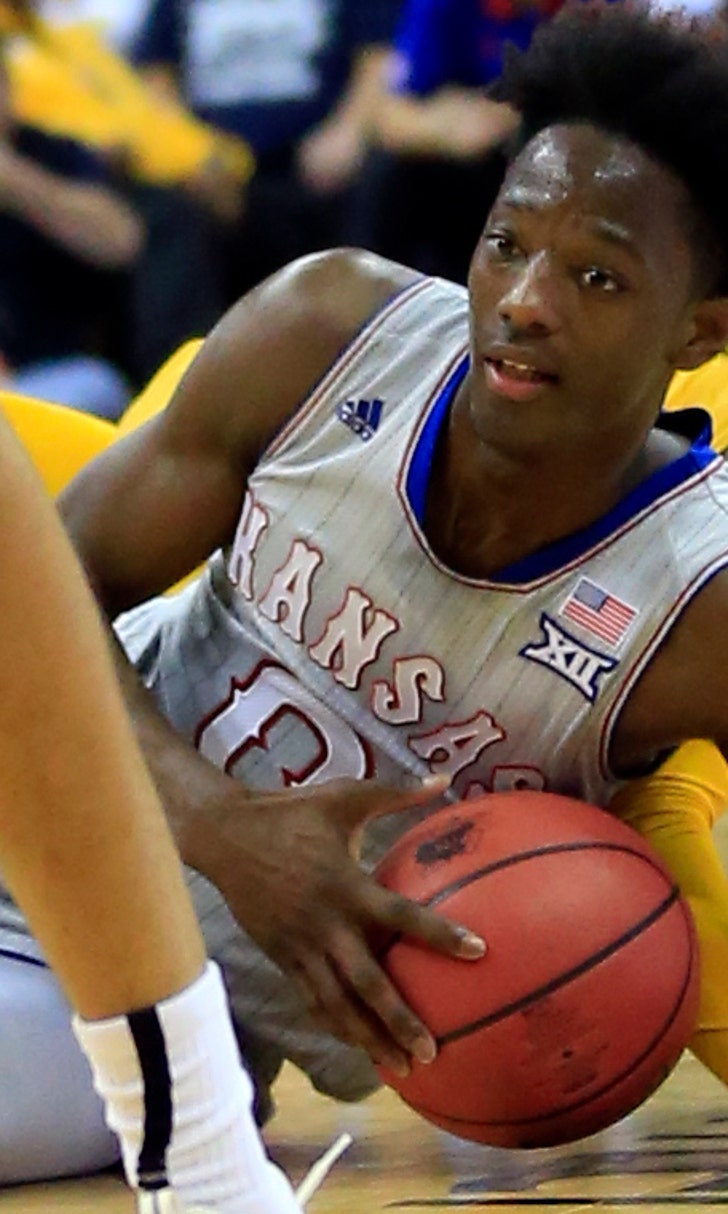 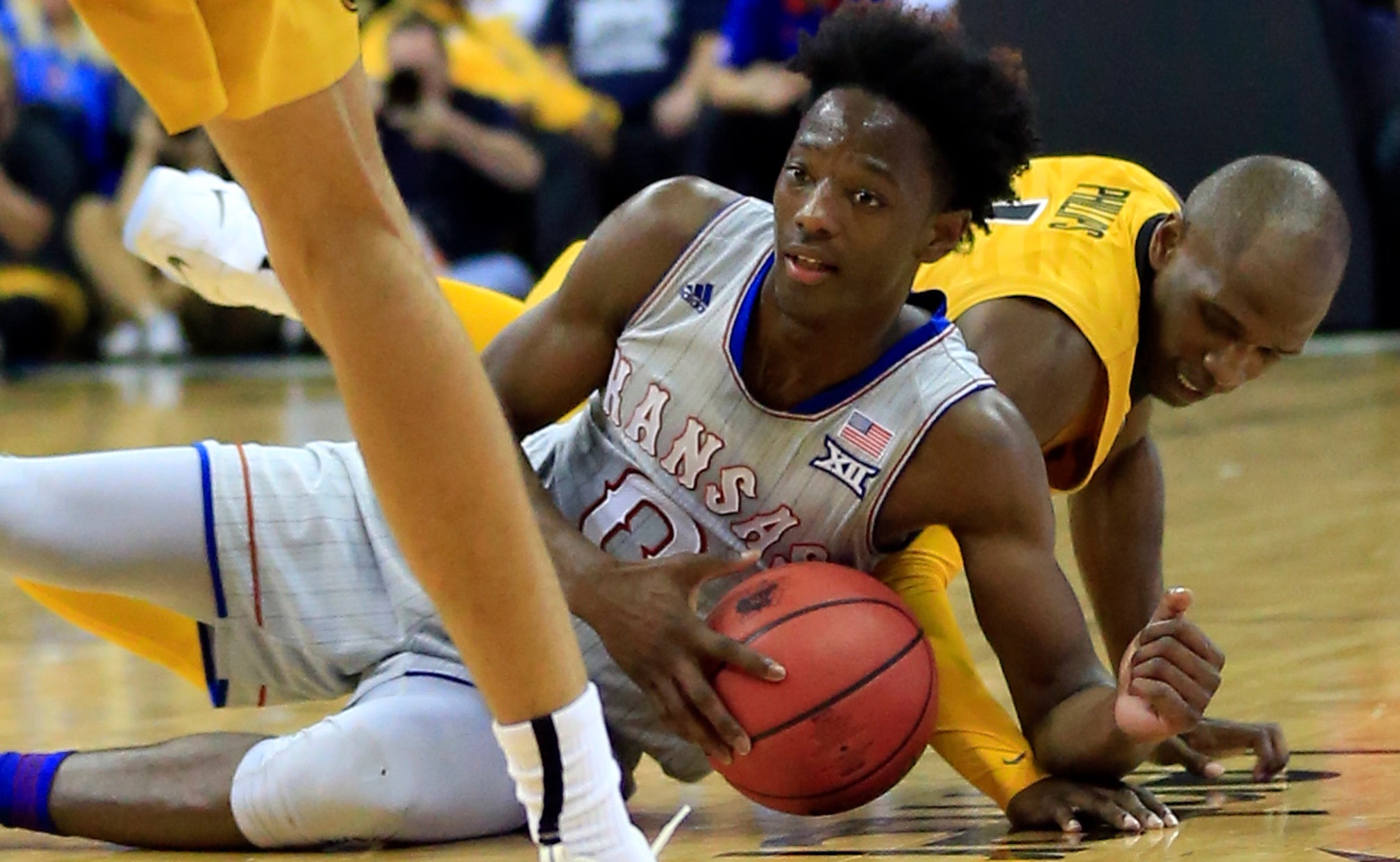 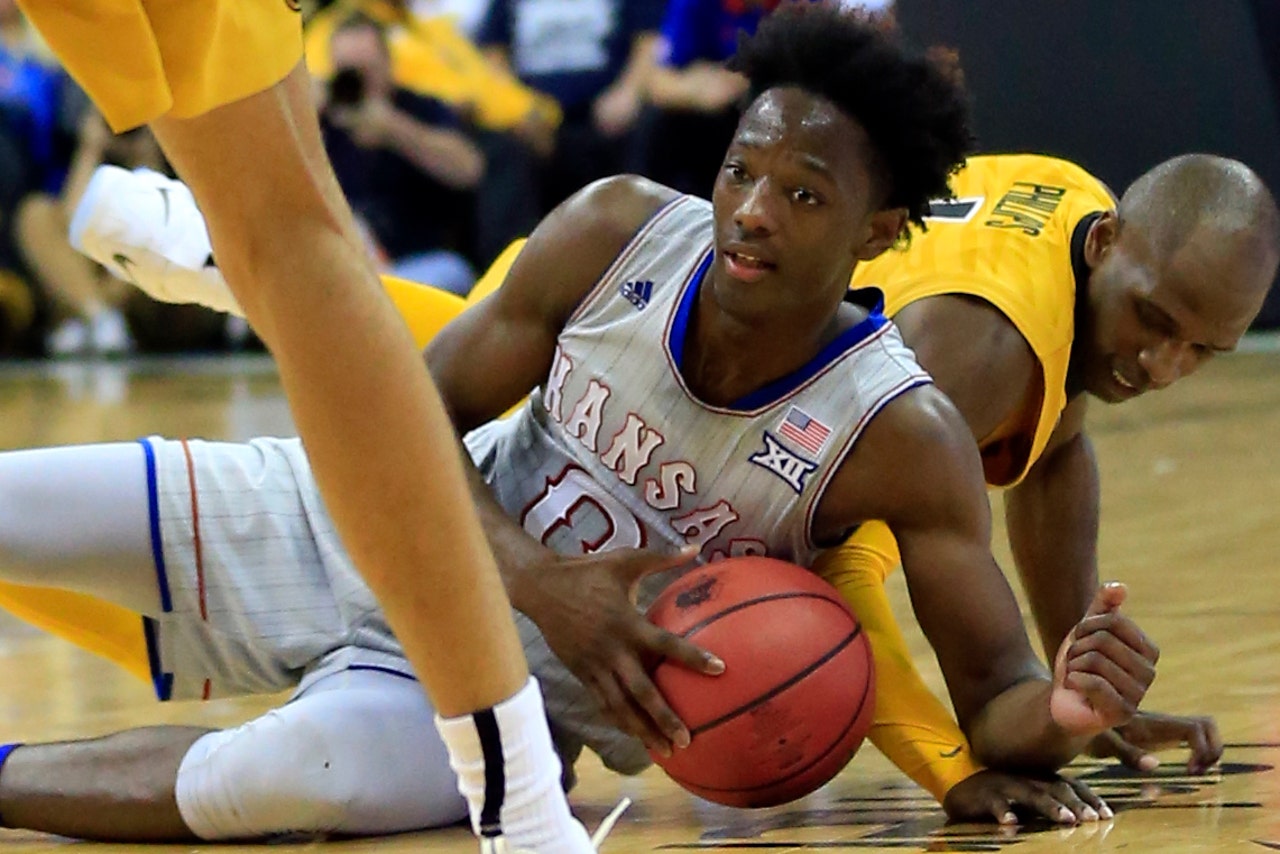 KANSAS CITY, Mo. -- Kansas and Missouri finally got back together on the basketball court, teaming to raise money for hurricane relief in a "Showdown for Relief" exhibition. Devonte' Graham scored 25 points in the Jayhawks' 93-87 victory.

The last time Kansas and Missouri met in basketball, Devonte' Graham was a sophomore in high school.

That was in 2012, before the Tigers left the Big 12 for the SEC and Jayhawks coach Bill Self swore off renewing the Border War despite decades of history, tradition and vitriol.

Five years later, Graham finally got the chance to face the rival. While the additional game will certainly serve as valuable experience for the teams as they prepare for the start of the regular season, both sides stressed that the true importance of the matchup rested in raising the highest amount of money possible.

"To raise money for hurricane relief I think is tremendous for everybody involved, not only the states of Kansas and Missouri, but also the country," Missouri coach Cuonzo Martin said. "So it's a great gesture, and we really appreciate the support of the fans to jump on board."

It's safe to assume they will be content in that department. More than $1.75 million was raised through a combination of ticket sales, text donations and purchases of the game's $40 pay-per-view stream. The funds will be donated jointly to five charities: the Houston Harvey Relief Fund, the Rebuild Texas Fund, the Florida Disaster Fund, Juntos y Unidos Por Puerto Rico and the Fund for the U.S. Virgin Islands.

Kansas State and Missouri State played a similar game Saturday in Manhattan in which all proceeds went to the Red Cross' disaster relief.

Tickets for the game were split evenly between Kansas and Missouri's athletic departments, and sold out within a matter of days. The resulting environment inside the Sprint Center could best be described as raucous, seemingly more fitting of an NCAA Tournament game than a meaningless exhibition. The energy truly was as high as it was five years ago, a testament to how alive this rivalry still is.

"In warmups you could tell how much juice it was in the building," Graham said. "It was a great atmosphere to play in."

No player for either team had ever played in a Border War before, but that doesn't mean they were oblivious to the importance behind the matchup.

"It's a huge rivalry, and we knew that coming into the game," Missouri forward Michael Porter Jr. said. "We knew it meant a lot to a lot of people."

One player in the building who did have firsthand experience of the rivalry was Sherron Collins, a former standout Jayhawk guard who played against Missouri eight times in his career from 2006-10. For him, the annual showdowns with the Tigers were more than just another game.

"It was a lot different, because I think it meant a lot more," Collins said.

So much more that he wishes it had never stopped.

"I think they should never (have) ended the rivalry," Collins said. "They still should play. But, you know, when a school leaves a conference, it kind of rubs people wrong, so."

Self doesn't seem to feel the same way. When asked if this game's immense success could lead to a future reinstatement of an annual Border War, he stuck to the guns he's carried since the Tigers first left the Big 12, but didn't rule out the possibility entirely.

Regardless of the final score, both teams will walk away from this one content that they were able to support hurricane relief. They believe the outpouring of contributions from fans reflects not only on the merit of the schools involved, but the surrounding community as a whole.

"I think it was a great night for the city of Kansas City," Martin said.