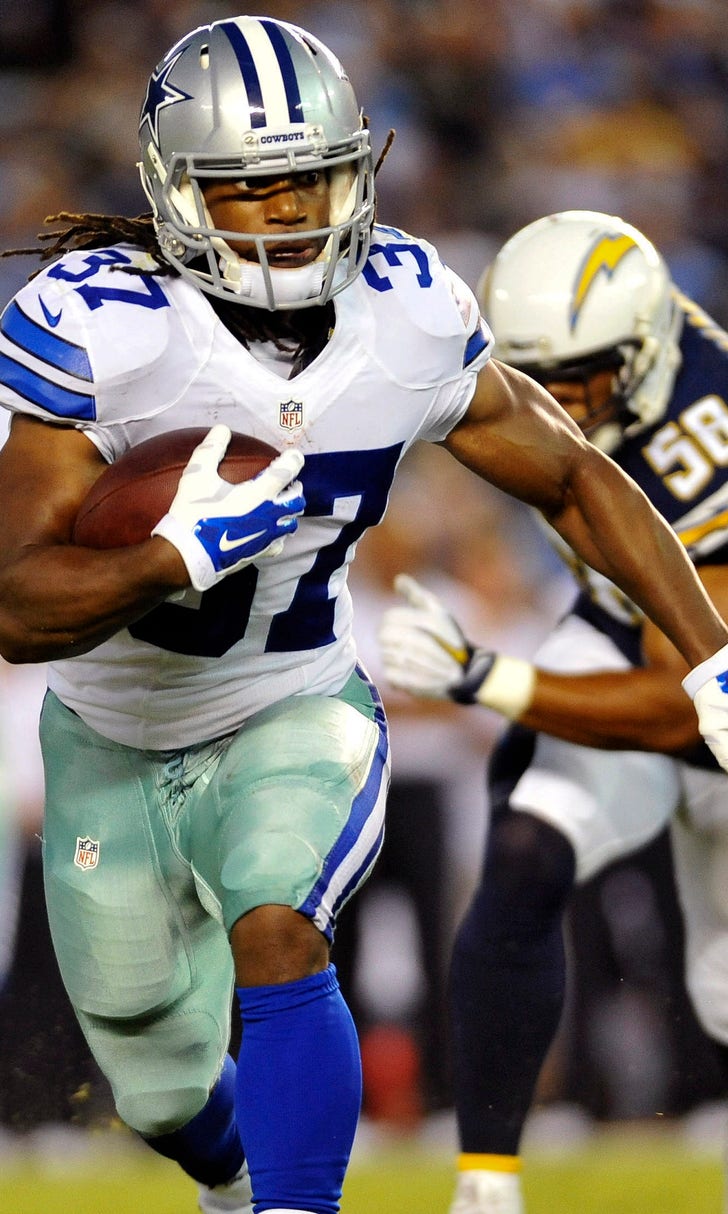 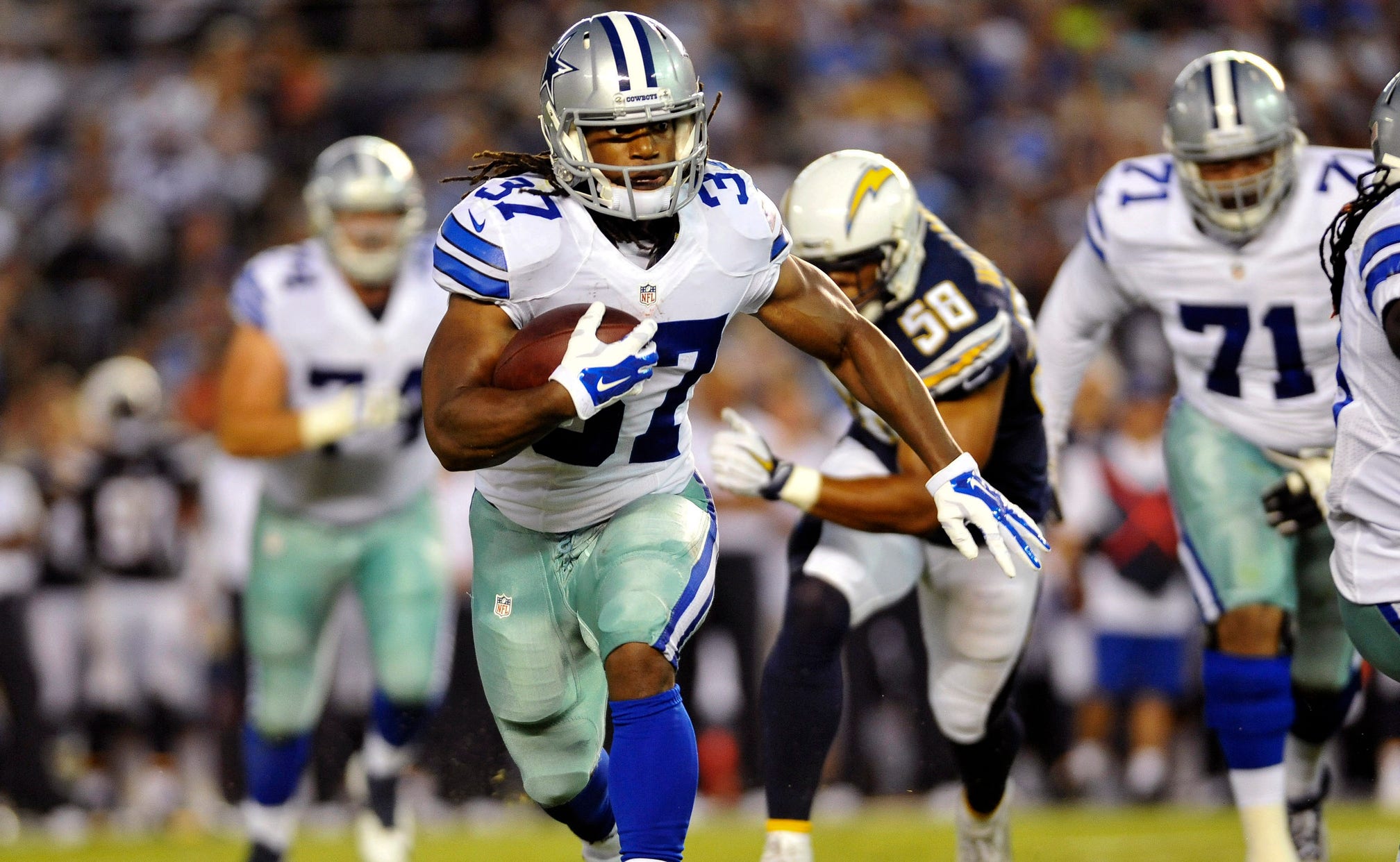 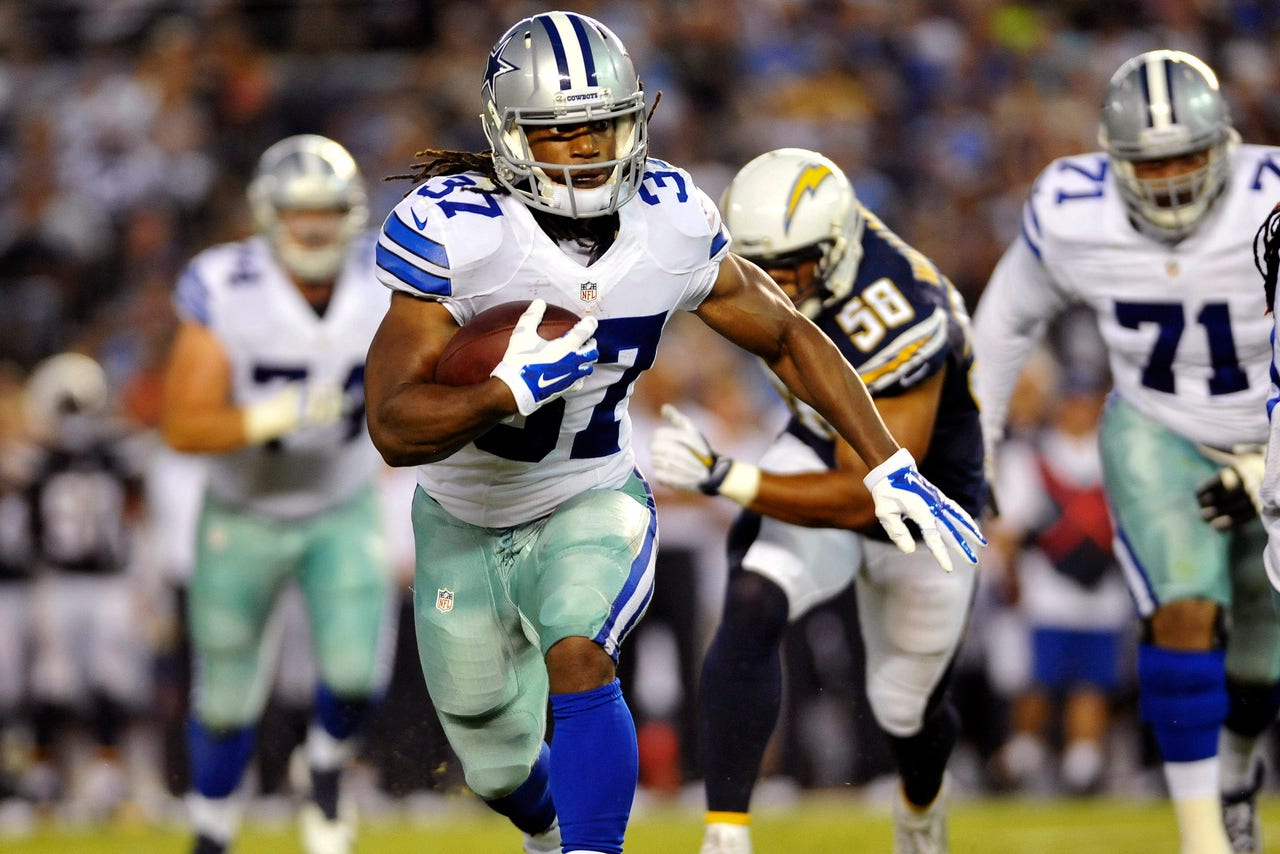 Top running backs in the Cowboys' new running-back-by-committee, Joseph Randle, Darren McFadden, and Lance Dunbar, did not play Thursday night against the Chargers. Randle suited up, but the coaching staff held him out, and he sustained a strained oblique earlier this week. McFadden and Dunbar did not dress, though did workout in pregame warmups at Qualcomm Stadium.

The Stephen F. Austin alumnus was penciled in as one of the Cowboys' running backs when the club released veteran Ryan Williams on the eve of training camp in Oxnard. Johnson impressed coaches throughout camp, and he started at running back with the first team in San Diego. Johnson finished the game with 13 carries for 35 yards and a touchdown before his shoulder injury forced him from the game in the third quarter.

On Tuesday at the NFL owners meetings in Chicago, Cowboys Executive Vice President told Fox Sports Southwest that no matter the attrition in the running back corps, the club would not look to big name free agents such as Ray Rice and Chris Johnson to fill preseason needs.

"I still think we're a ways off," Jones said. "If the right situation presented itself, then we'd certainly take a look at somebody. But right now, the list that we have out there would be more of an emergency list and not necessarily one that we look at and say, 'Wow. This is the guy we can get who can make our team.'"

With McFadden still on the PUP list, ex-Baylor running back Lache Seastrunk is the fourth running back on the Cowboys roster. Seastrunk finished Thursday night with five carries for 16 yards.

Zeke Files For 'Feed Me' Trademark
The Dallas Cowboys running back is making his motto official, Charlotte Wilder writes. Now, who wants a "FEED ME" tie?
3 days ago

How The Cowboys Saved Their Season
An 0-2 start can spell doom for NFL teams. But Dak Prescott wasn't about to let the Cowboys fail.
3 days ago