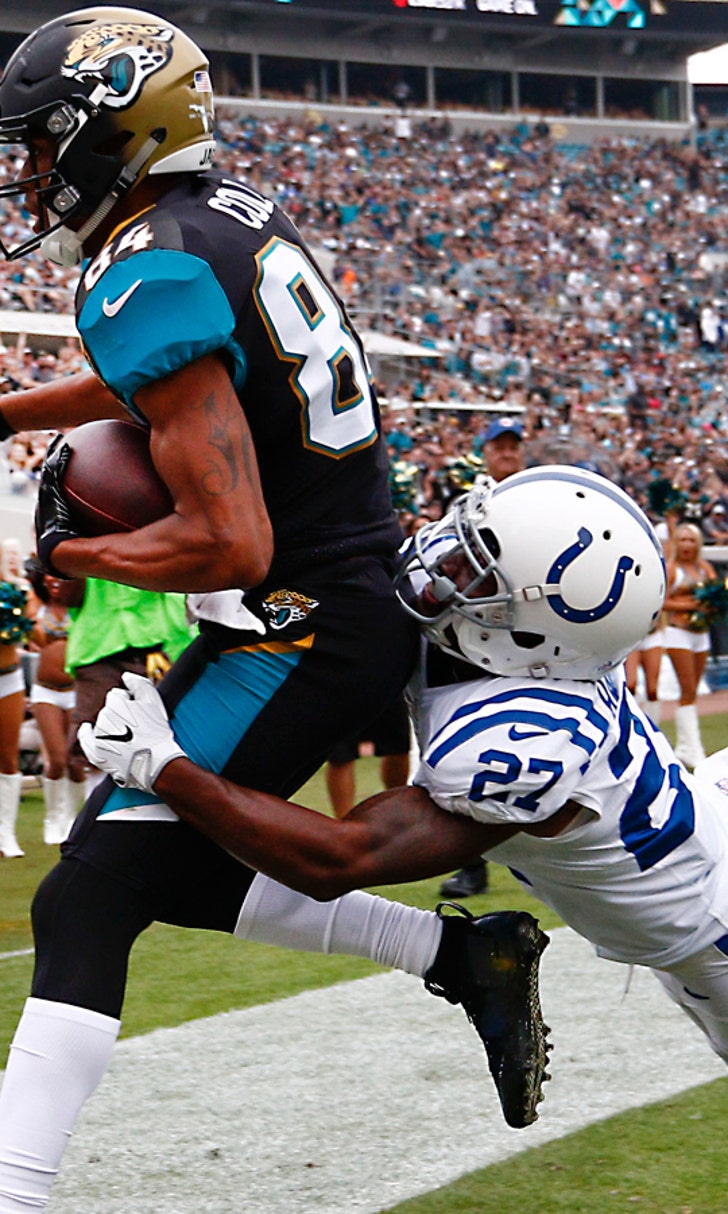 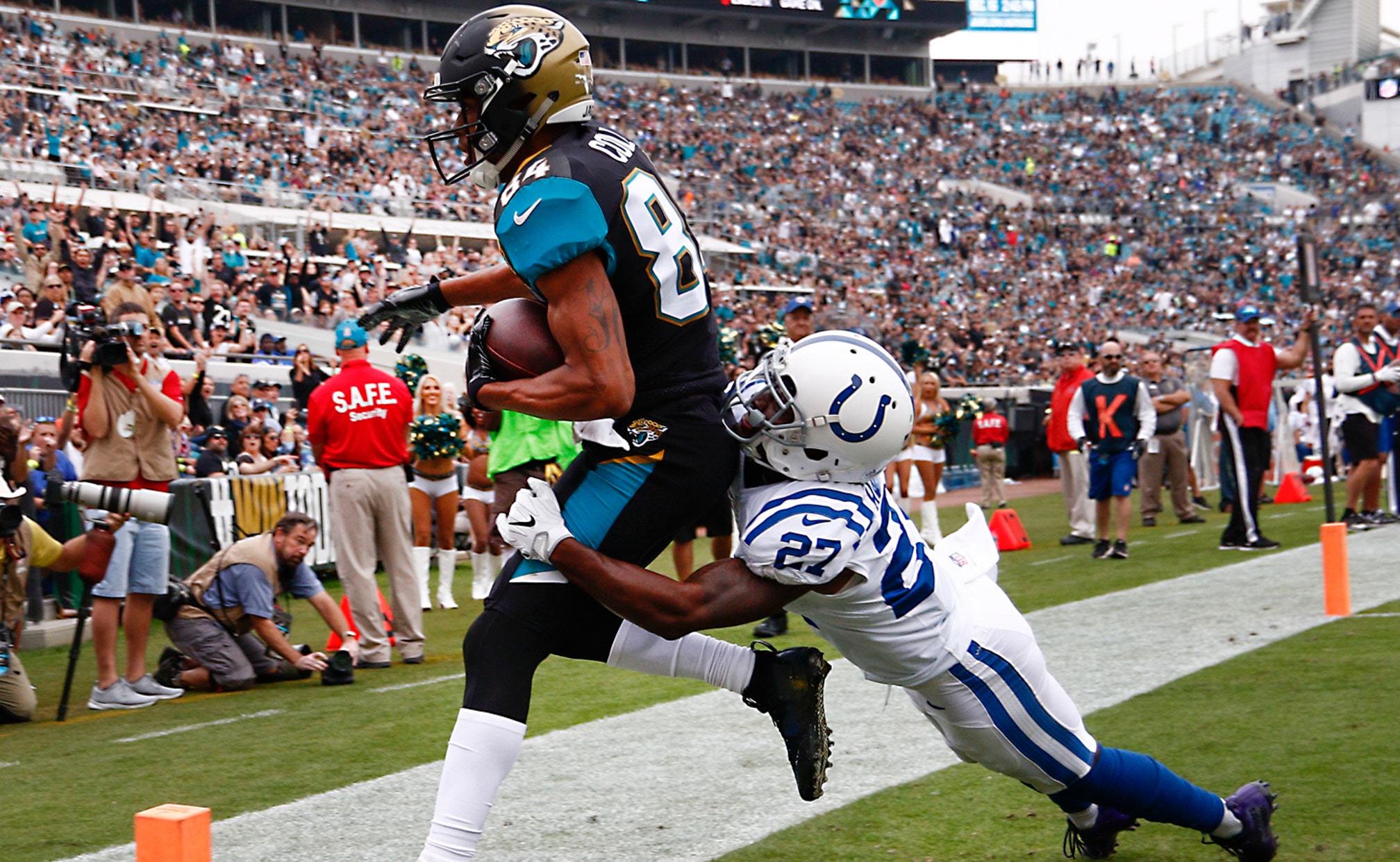 previous story
Dolphins dominate on defense, snap out of funk with thorough thrashing of Broncos
next story
Jameis Winston shaky in return, Buccaneers fall to Packers in OT

Jaguars bounce back in big way, tear through Colts once again 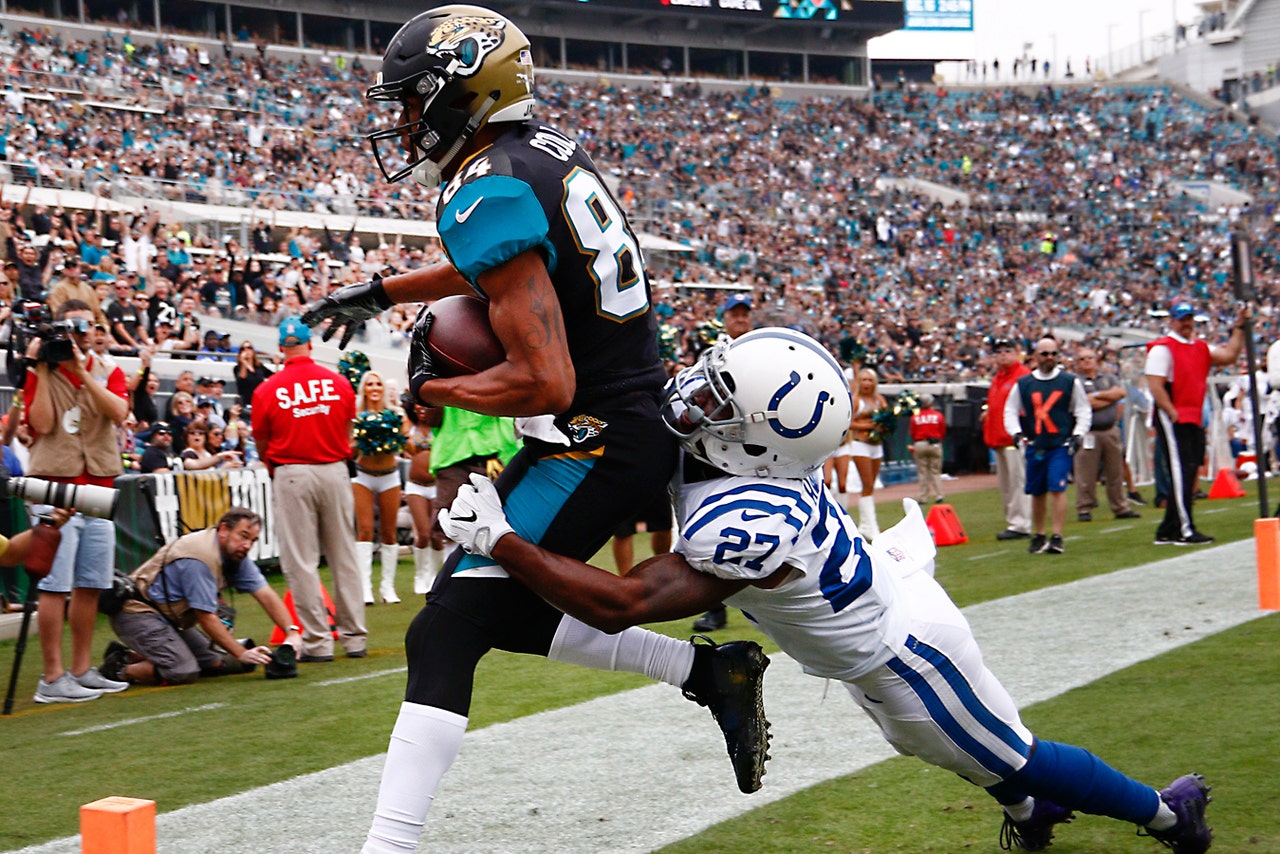 JACKSONVILLE, Fla. (AP) -- The Jacksonville Jaguars were an NFL laughingstock the previous six years, losing 74 of 96 games and failing to finish even close to .500.

They were far from competitive, providing more punchlines than punches.

They ended the futility streak Sunday with another defensive gem, another solid outing by Blake Bortles and another fake punt.

"We expected to be undefeated, but (stuff) happens," cornerback Jalen Ramsey said. "It's fun. We've got a cool little vibe around here. Different than last year, so it's cool."

The Jaguars (8-4) bounced back from a last-second loss at Arizona, swept the season series with the Colts (3-9) for the second time since joining the AFC South in 2002 and remained in the thick of the playoff picture.

Indianapolis lost its third straight and sixth in the past seven games, and was eliminated from the division race.

"This is tough. You never want to get used to losing," Colts safety Darius Butler said. "It sucks. It sucks, man. It's as simple as that. We work our (butt) off all week and then to come out here and not follow our way, we got roughed up today. We've got to find a way to draw a line in the sand and make things happen."

Bortles had a lot to do with this one. He completed 26 of 35 passes for 309 yards, with TD passes to Marqise Lee and Keelan Cole. Bortles has 12 touchdown passes and just three interceptions in eight games against the Colts.

Fournette found little room for the third time in the past four games. He finished with 57 yards on 20 carries and limped off the field with an ankle injury late in the third quarter.

But Fournette found the end zone for the first time since Oct. 15 when he went untouched for a 5-yard score to open the second half.

"I don't focus too much on it," Fournette said. "As long as the team wins, I win. It's not about me. I don't care about getting 1,000 rushing yards. It's frustrating sometimes, but it doesn't matter as long as we win."

Jacksonville's top-ranked defense kept the Colts from generating much most of the game. The only blemish was a 40-yard touchdown pass from Jacoby Brissett to T.Y. Hilton on a fourth-and-2 play in the third quarter.

The Colts trailed 10-0 early and 24-3 after the break before Hilton got loose. Indy finished with 290 yards, allowed four sacks and had two turnovers.

The Jaguars got the lopsided result started with a fake punt on their opening possession.

Frank Gore is in the top five on the NFL's career rushing list .

Gore has 13,697 yards rushing in 13 NFL seasons, the first 10 with San Francisco and the past three with the Colts.

Campbell took down Brissett in the first quarter, giving him 12 sacks in 2017 and breaking the previous franchise record set by Tony Brackens (12) in 1999.

The Jaguars have been relatively quiet all season in terms of touchdown celebrations, but they turned in a unique one against Indy.

After Fournette scored, he lined up in front of the goal post and shot a free throw over the crossbar with teammates standing on both sides of the makeshift lane. It was good.

Colts: Center Mike Person, playing in place of starter Ryan Kelly (concussion), limped off the field in the fourth quarter. ... Cornerback Pierre Desir (left shoulder) left the game in the first half and did not return.