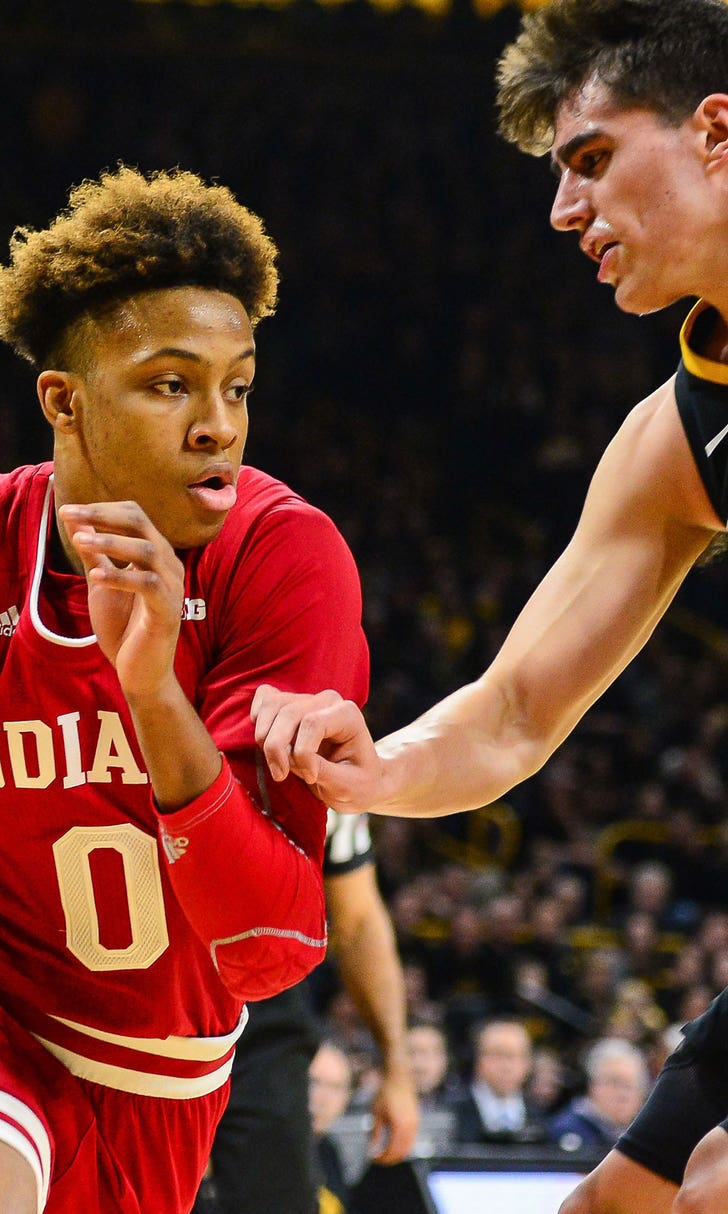 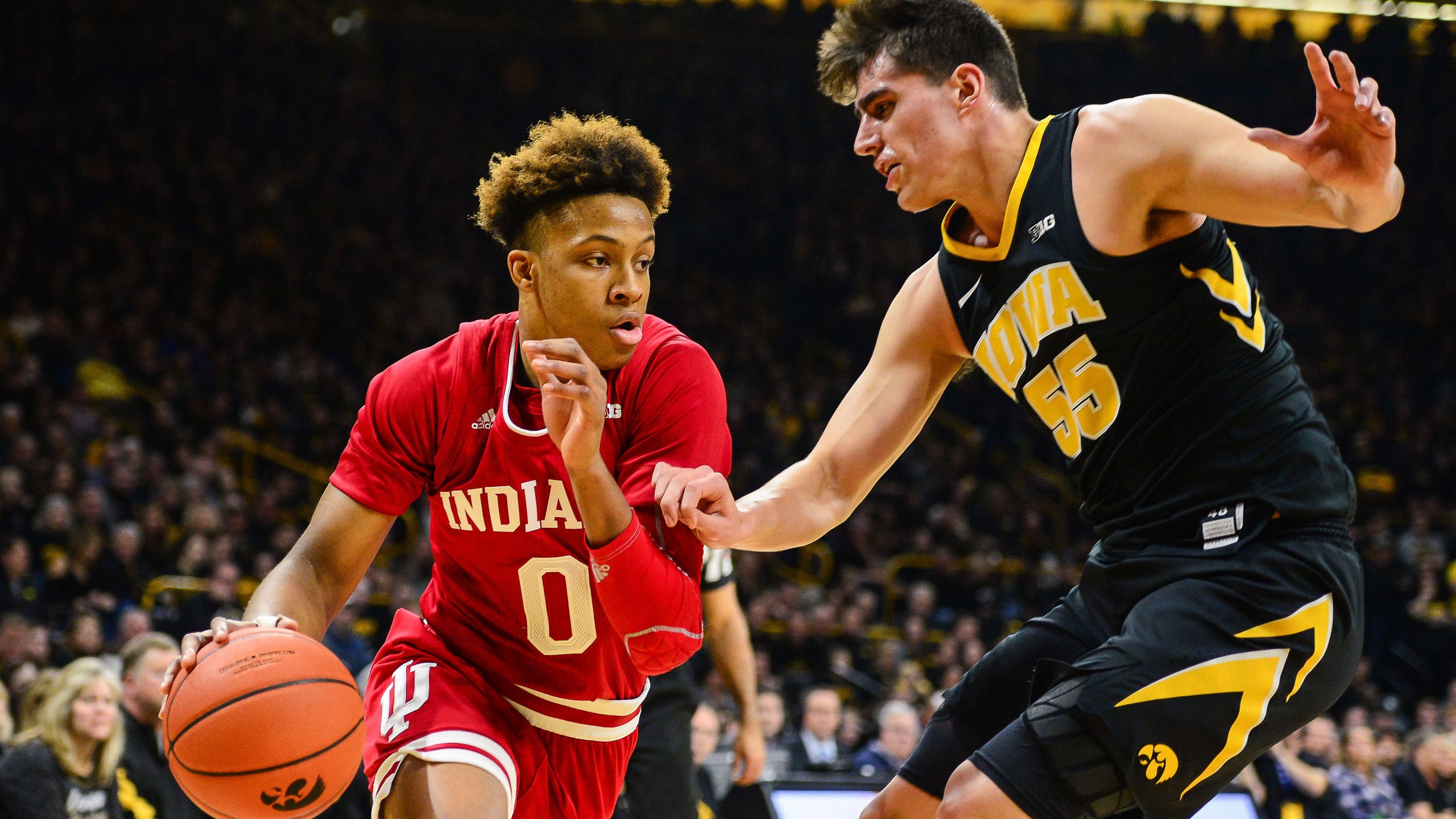 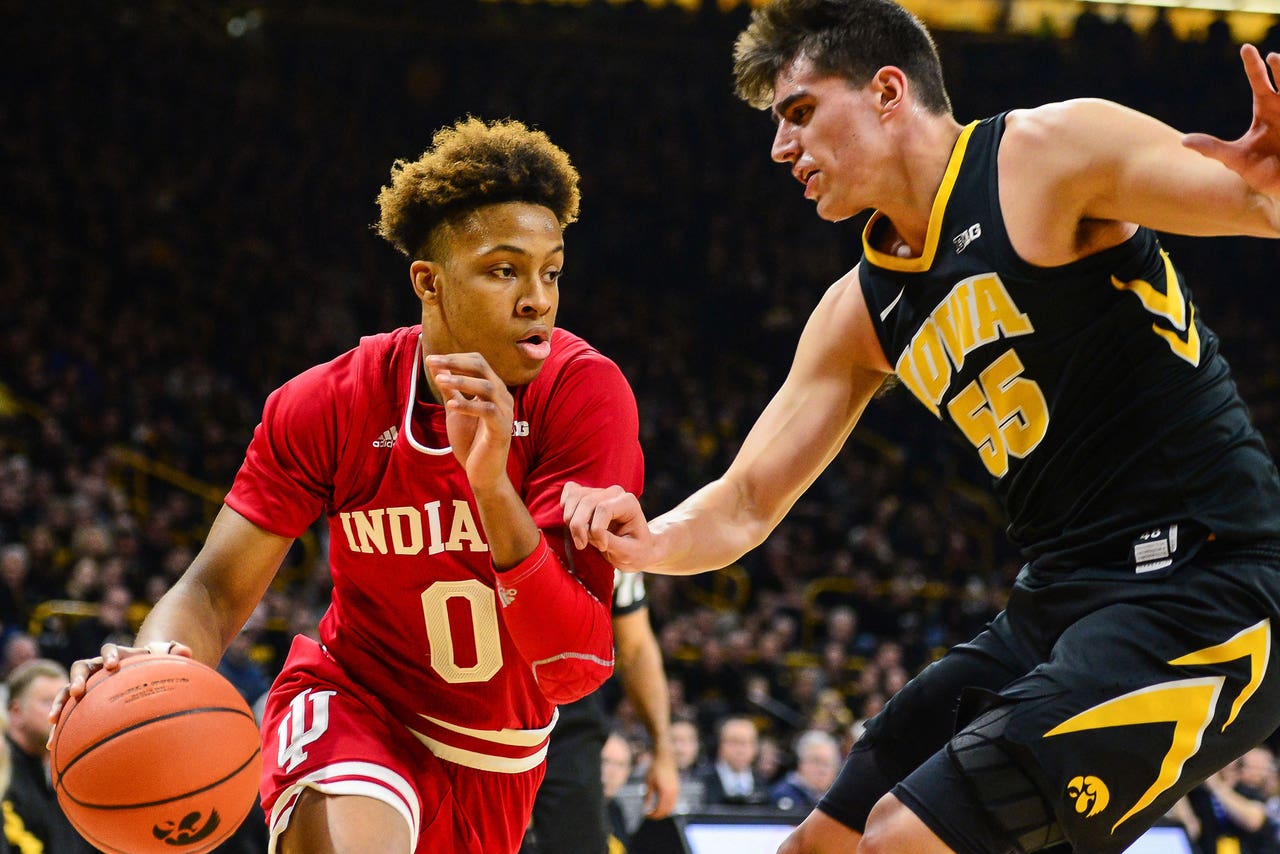 IOWA CITY, Iowa  — With his teammates struggling to get anything going, Iowa's Jordan Bohannon stepped up and pulled off perhaps the best 15-minutes stretch of his career.

Bohannon hit three 3s in overtime, including one with 20.2 seconds left, and 21st-ranked Iowa rallied to beat Indiana 76-70 in overtime on Friday night for its fifth win in six games.

"I've been doing this for a while, and I haven't seen much of this," Iowa coach Fran McCaffery said of Bohannon. "He just keeps grinding."

Bohannon, whose 3 with 28 seconds left in regulation forced overtime, buried another one to put Iowa ahead 68-65 with 2:47 to go. De'Ron Davis answered with a 3-point play, but Bohannon hit a 3 off a loose ball with 2 minutes left to give the Hawkeyes a 71-68 lead. Cook's free throw with 1:10 left made it a two-possession game, but Morgan responded with a putback.

Indiana's defense forced Bohannon to jack up a 3 at the shot clock buzzer. But the junior calmly knocked it through, and after the game McCaffery was left to reminisce about how he thought Bohannon reminded him of Steph Curry during the recruiting process.

"I thought we did enough offensively...to win the game," Indiana coach Archie Miller said. "Twelve of 22 is going to do you in on the road."

Iowa: Iowa needed 3s in the final seconds to beat Northwestern and Rutgers, and the Hawkeyes lost to Maryland 66-65 at home on Tuesday. Iowa looked lost at times against a team it beat by five on the road two weeks ago, but Bohannon was there to bail them out yet again. Still, winning is all that counts at this time of year — and Iowa swept Indiana for the first time in eight years.

Indiana: The Hoosiers hung with No. 10 Purdue until the very end, losing 48-46 on the road on Tuesday, and they hung with the Hawkeyes as well. It's been a trying Big Ten season in Bloomington, but could a strong finish be on the table? Indiana hosts 22nd-ranked Wisconsin and No. 10 Michigan State next week. "You've got to make your own breaks," Miller said.

The Hawkeyes shot just 4 of 20 from the 3-point line in regulation, allowing Indiana to maintain a slight lead for much of the second half. Morgan drilled a corner with 2:23 left to put the Hoosiers up 62-56, and Cook's tip-in pulled Iowa within two with 1:31 left.

Langford was called for charge on the next possession, but Rob Phinisee's steal and free throw made it 68-65 Indiana with 38.3 seconds to go. Bohannon answered with a contested 3 10 seconds later to give Iowa a reprieve.

Iowa play-by-play announcer Gary Dolphin was suspended Friday for the rest of the season for referring to Maryland's Bruno Fernando as "King Kong" on Tuesday. In describing the game's closing moments, Dolphin said the 6-foot-10, 240-pound African-American who was born in Angola "was King Kong at the end of the game." McCaffery, through a spokesman, declined to comment on the matter.

Even with the win, Iowa could find itself on the outside looking in when Monday's poll comes out.

Indiana hosts the Badgers on Tuesday

Andy Katz's Tiers: Best Of The Rest
Gonzaga and Baylor are known commodities, but which other teams look poised to make a Final Four run? Andy Katz breaks it down.
9 hours ago