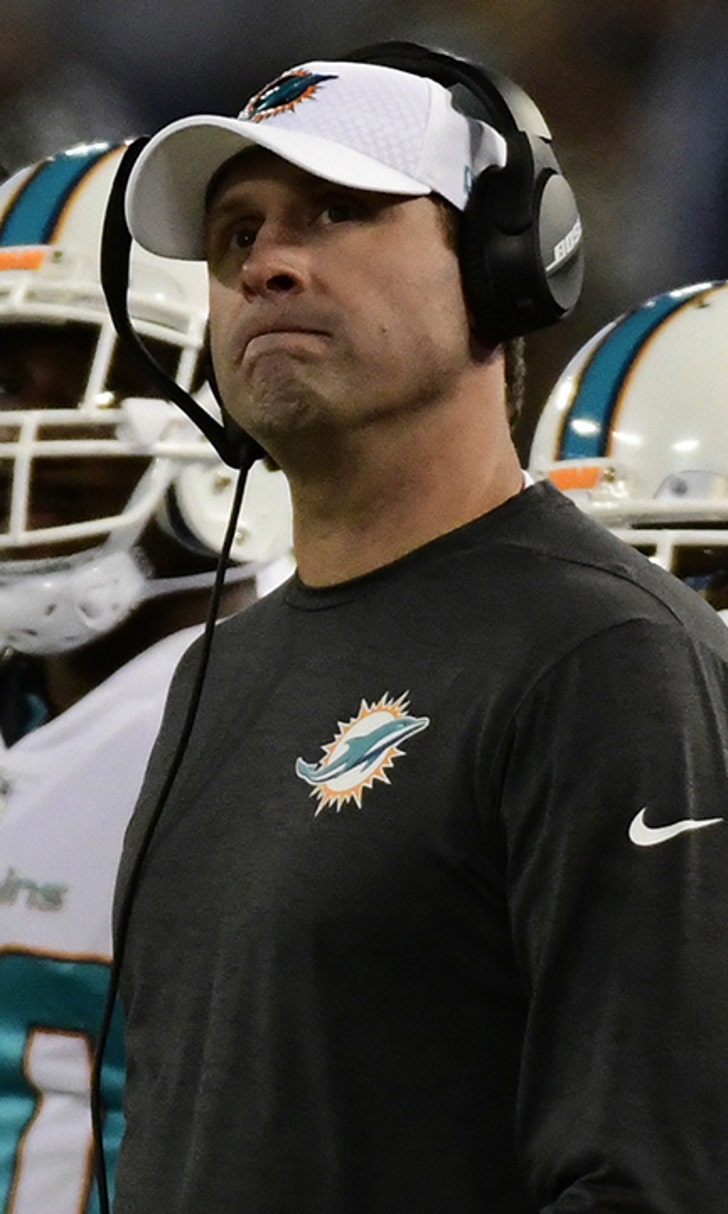 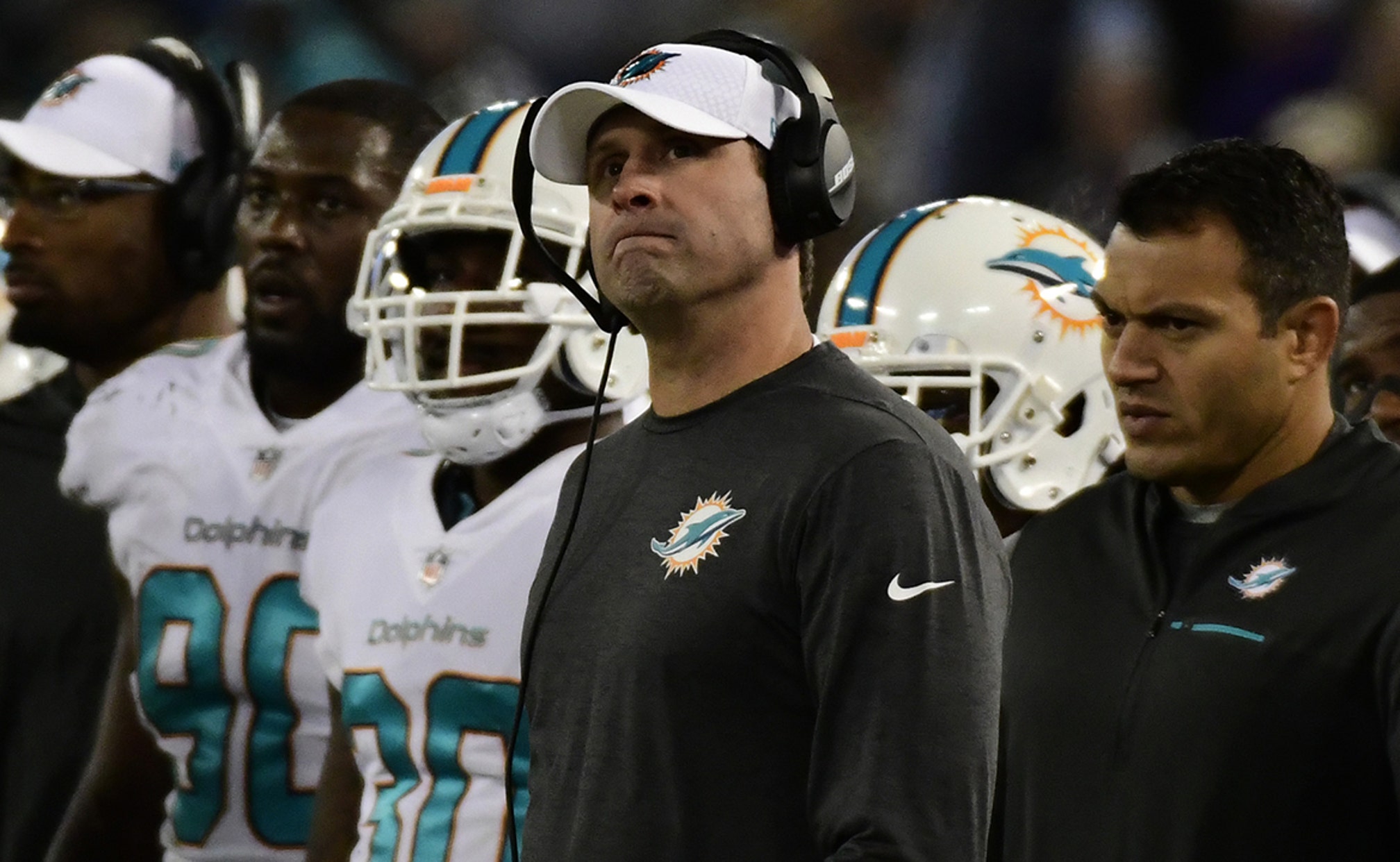 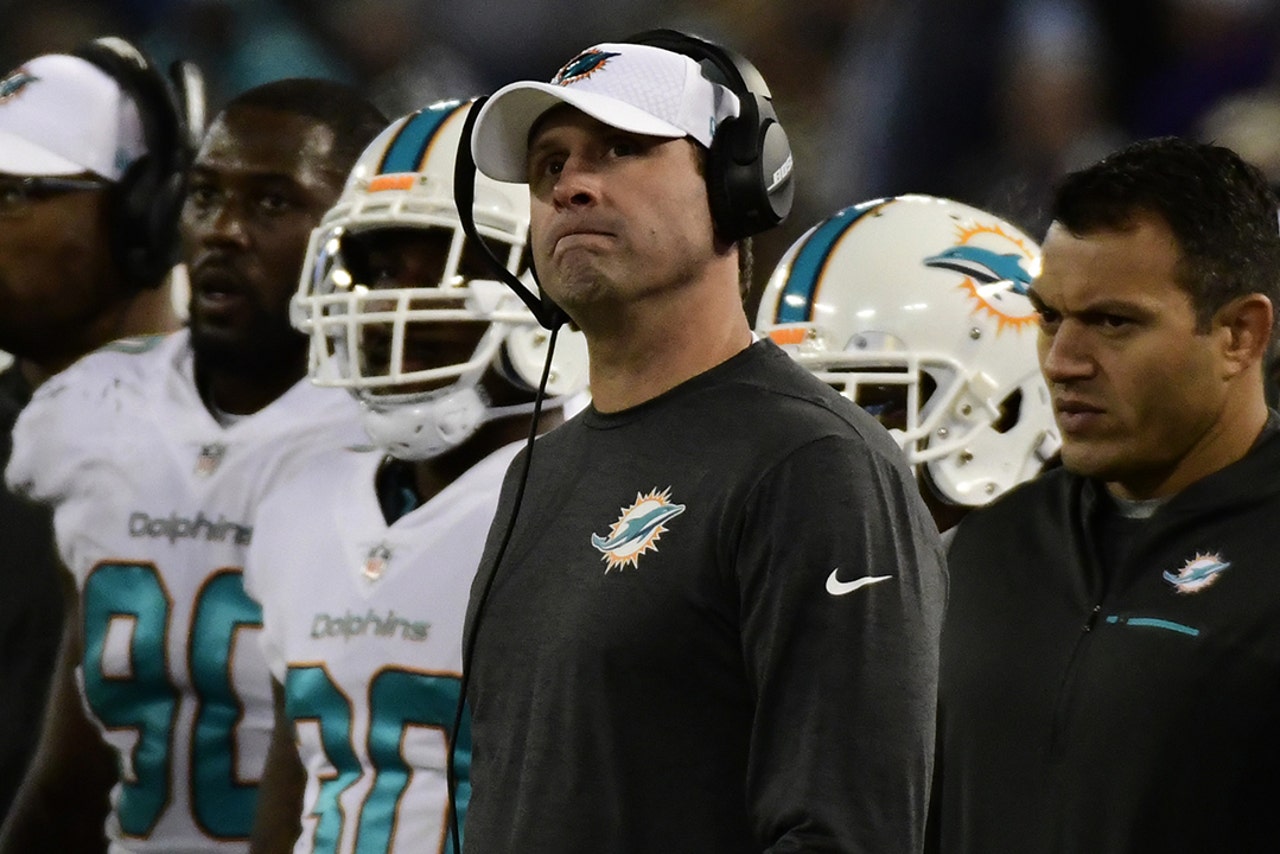 Jay Cutler will start at quarterback next week, but other jobs on offense are up for grabs because some of the best players haven't learned the playbook, an angry Gase said Friday.

His comments came less than 24 hours after the franchise's worst loss in 20 years, a 40-0 humiliation at Baltimore. The Dolphins have now been outscored 152-92 this season, but they're 4-3 thanks to four narrow victories.

The Dolphins rank last in the NFL in points, and with an average of 13.1 points per game, they're on pace to break the franchise low set by the 1966 expansion team. A rash of missed assignments early in the season prompted Gase to simplify the playbook, but doing so has made Miami too predictable, he said.

Gase blamed the mental mistakes on players failing to spend enough time studying the playbook, and said the problem has persisted since he became coach last year.

"We're not putting the work in," Gase said. "If you can't remember, you shouldn't be in the NFL. Guys have got to take this stuff home and study it. We've got to find guys that will actually put forth effort to actually remember this stuff, and really it starts with our best players."

The offensive line has been cited as the chief culprit for the sputtering offense, but Gase said the biggest issue with mental errors rests elsewhere. He specifically called out running back Jay Ajayi.

Cutler was sidelined this week with cracked ribs, but ran and threw in practice Monday and lobbied unsuccessfully to play at Baltimore. He'll start the next game Nov. 5 against Oakland, Gase said.

That might not be the only lineup change. Gase, who threatened a shake-up after Game 2 but made no changes, again said he'll consider demoting starters.

"Those that want to come on board, great," he said. "Those that don't, we'll get rid of them. ... I am going to play the guys that know what to do. The fan base might not like it, but oh well. We're the worst offense in football. It's hard to go lower than that."

Players are off until Tuesday, the closest they'll come to a bye. They lost their scheduled bye in November when Hurricane Irma forced the season opener to be postponed until that week.

While the Dolphins are tied for the fifth-best record in the AFC, in their losses they've been outscored 80-6, with the only points coming on the final play of a game.

The latest humiliation included being outrushed 174 yards to 45, and Matt Moore's dismal performance ended any talk he should supplant Cutler as the No. 1 quarterback.

The coach acknowledged the Dolphins tackled poorly, but saved his anger for the offense. He didn't criticize linebacker Kiko Alonso, who faces a possible suspension for a nasty hit that knocked Ravens quarterback Joe Flacco out of the game.

"Kiko was in a tough spot," Gase said. "If he completely stays away from him, and (Flacco) keeps running and goes headfirst and gets a first down, we all go, 'What are you doing? Finish the play.' I don't think Kiko was trying to do anything maliciously."

Clash Of The Titans
Two smashmouth 8-3 AFC teams collide in Week 13. Jason McIntyre breaks down his best bets on that game and much more.
17 hours ago

Calling On Superman
The Patriots might have a shot at the postseason, but missing the playoffs shouldn't be the only concern for the franchise.
4 days ago

NFL's Top Plays Of Week 12
It's another wild Sunday in the NFL. Check out the best moments from across the league!
5 days ago

Henry Hammers Colts, Falcons Roast Raiders
Plus, the Patriots earn a gritty win over Arizona, the Bills outlast the Chargers, and the Vikings win in comeback fashion.
6 days ago
those were the latest stories
Want to see more?
View All Stories
Fox Sports™ and © 2020 Fox Media LLC and Fox Sports Interactive Media, LLC. All rights reserved. Use of this website (including any and all parts and components) constitutes your acceptance of these Terms of Use and Updated Privacy Policy. Advertising Choices. Do Not Sell my Personal Info