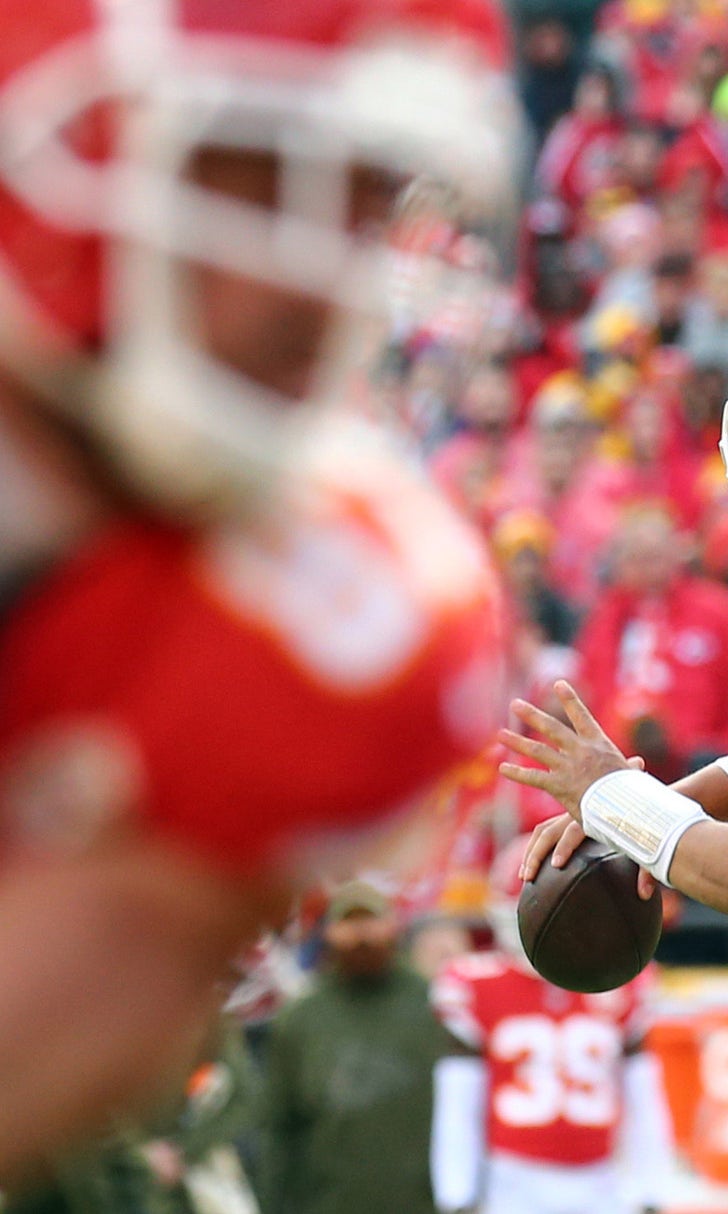 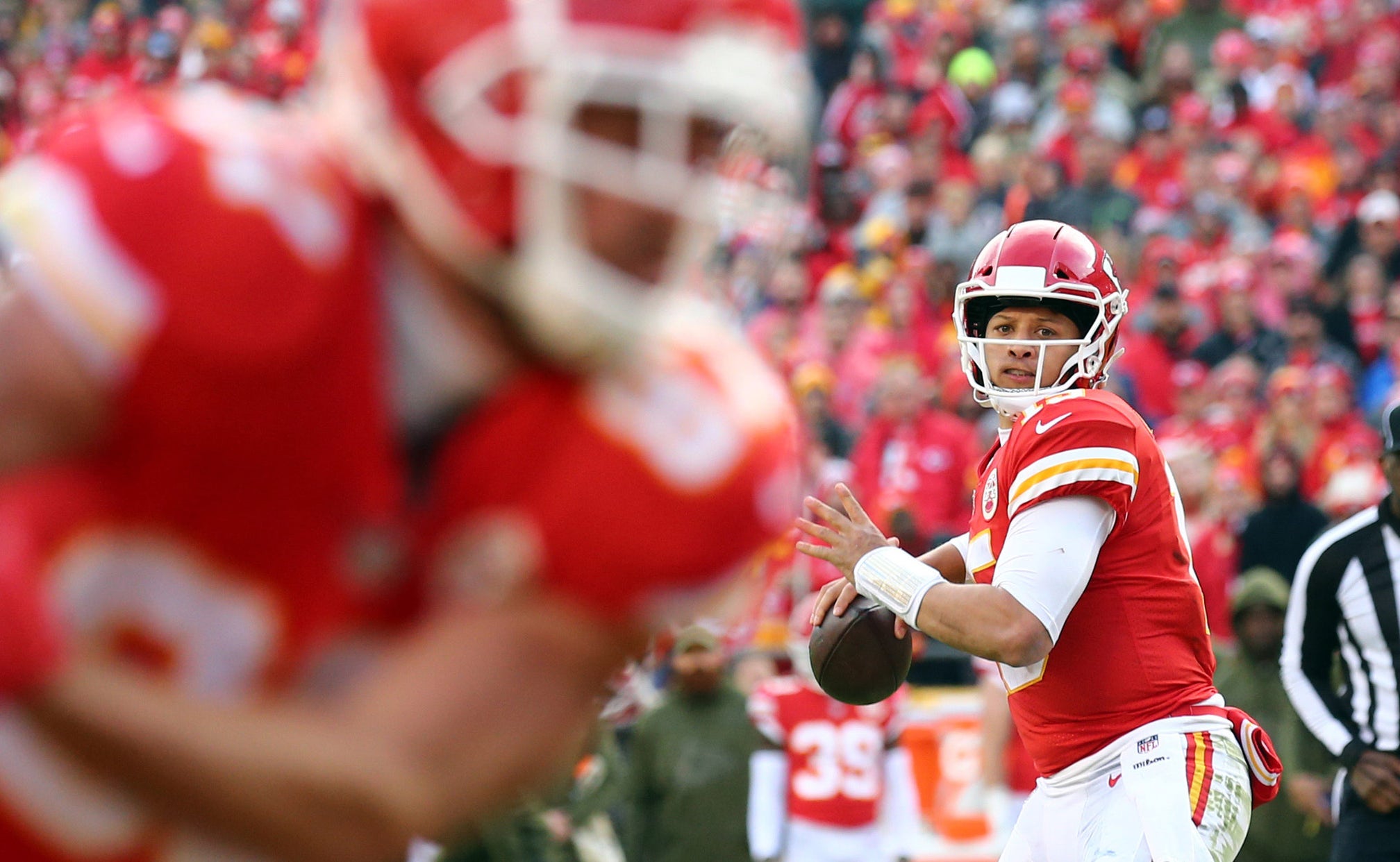 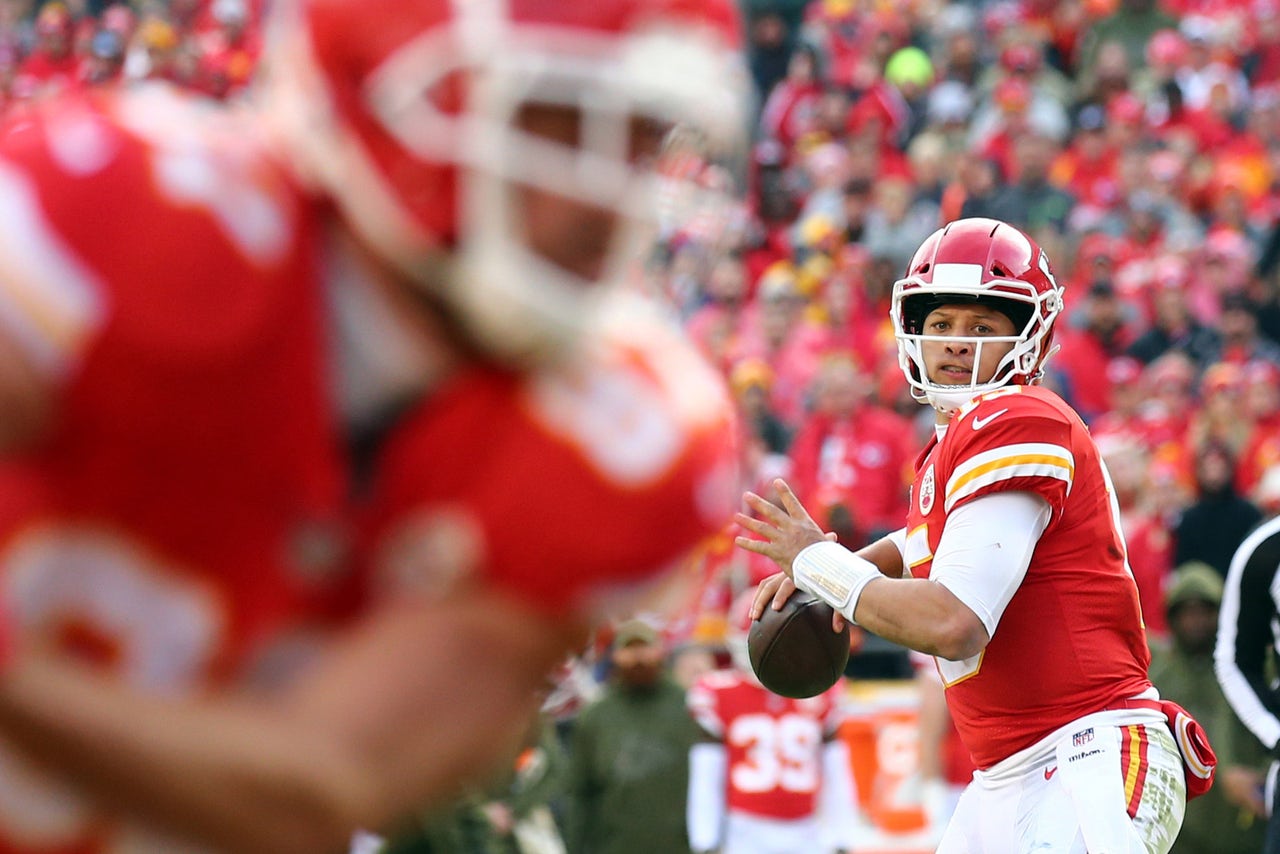 KANSAS CITY, Mo. — Justin Houston wouldn't let the question come out before cutting it off. Fullback Anthony Sherman was even less accommodating than the bruising linebacker of the Kansas City Chiefs.

His response came with a glare.

You see, the Chiefs had just wrapped up their third consecutive AFC West title and the No. 1 seed for the playoffs with a lopsided rout of the Oakland Raiders, their longtime division rivals. But in an otherwise jubilant locker room, the inevitable question had to be asked: Will this team, with its high-powered offense and lackluster defense, finally reverse decades of postseason disappointments?

"That's behind us. That's old news," said Houston, one of the veterans and vocal leaders. "You don't focus on the past. Don't let the past poison your future. We are focused on the future now and we are getting ready for whoever we have to play. We are going to take advantage of this opportunity."

The Chiefs (12-4) get this week to rest and relax, the byproduct of earning that first-round bye. They will learn this weekend whether they will face the Colts, Ravens or Chargers in the divisional round on Jan. 12, the first of what they hope will be two games at Arrowhead Stadium before the Super Bowl.

This is the proud and storied franchise that played opposite the champion Green Bay Packers in the first Super Bowl, then won the Lombardi Trophy three years later against the Minnesota Vikings.

But since Len Dawson and Co. were victorious in 1970 -- the final year of the American Football League -- the Chiefs have appeared in only one AFC title game, losing to the Buffalo Bills after the 1993 season. They've won only two playoff games at home in their entire history, even though Arrowhead Stadium boasts one of the biggest home-field advantages in the game. And under coach Andy Reid, they are winless at home and 1-5 overall in the postseason.

There's more, as if the Chiefs want to be reminded of it.

Only the Jets have gone longer without playing in the Super Bowl; the Lions, Browns, Jaguars and Texans have never been there. And the Chiefs' only playoff win in 25 years came against Houston, which was led by quarterback Brian Hoyer.

In fact, Indianapolis has won just as many playoff games at Arrowhead Stadium as the Chiefs.

The letdowns have been excruciating, too. There was the year Lin Elliott missed three field goals in a 10-7 loss to the Colts. The year the Chiefs lost a shootout to the Colts in which nobody punted. The year Reid's team blew a 38-10 second-half lead to — well, you can guess who.

"We've been in this situation before and we've learned from it," Chiefs tight end Travis Kelce vowed, "and sure enough, we'll make sure we give these fans and this crowd and city everything we've got."

There are reasons to believe that will be enough this time.

The Chiefs have a record-setting offense that scored at least 26 points in every game, led by the best young quarterback to take the field in years. Patrick Mahomes eclipsed 5,000 yards passing and threw for 50 touchdowns as a first-year starter, shattering just about every franchise mark in the process.

Kelce and wide receiver Tyreek Hill give him outstanding options on offense, and Spencer Ware and Damien Williams have filled in admirably after the Chiefs severed ties with Kareem Hunt midway through the season.

And while the Chiefs' much-maligned defense has struggled to stop anyone, particularly in high-profile shootouts against the Rams and Patriots, they have played better of late. They rank near the top of the NFL in sacks, thanks primarily to career seasons from defensive tackle Chris Jones and linebacker Dee Ford.

"We know what it's going to take," Mahomes said. "It's going to take a full effort from everyone, every single day of this bye week and into next week, to the game and hopefully on. We know that you have to capitalize on every single play. You can't let one play get you down for the next. The next play is the most important play. We are excited we get the chance to do that."

Indeed, the Chiefs are embracing their position as the No. 1 seed. They relish the fact that so many pundits are predicting Super Bowl success, even after all of those postseason flops. They know that they have a chance to scrub away the stink of all those losses, even if they refuse to reflect upon them.

"I don't get caught up in all that bad luck. You create your own deal and you go play," Reid said. "We don't worry about all that stuff. Just go play. Get yourself ready, go through the process and get yourself ready to go. And then what happens on that field, man against man, you are playing the game."

Herd Hierarchy: Week 7
Another week, another new No. 1 team in Colin Cowherd's 'Herd Hierarchy.' Find out who's in front heading into Week 7.
2 days ago

It's Time To Trust The Rams Again
As he lines up the four best bets for Week 6, Geoff Schwartz explains why the Rams might be better than many think.
5 days ago
those were the latest stories
Want to see more?
View All Stories
Fox Sports™ and © 2020 Fox Media LLC and Fox Sports Interactive Media, LLC. All rights reserved. Use of this website (including any and all parts and components) constitutes your acceptance of these Terms of Use and Updated Privacy Policy. Advertising Choices. Do Not Sell my Personal Info