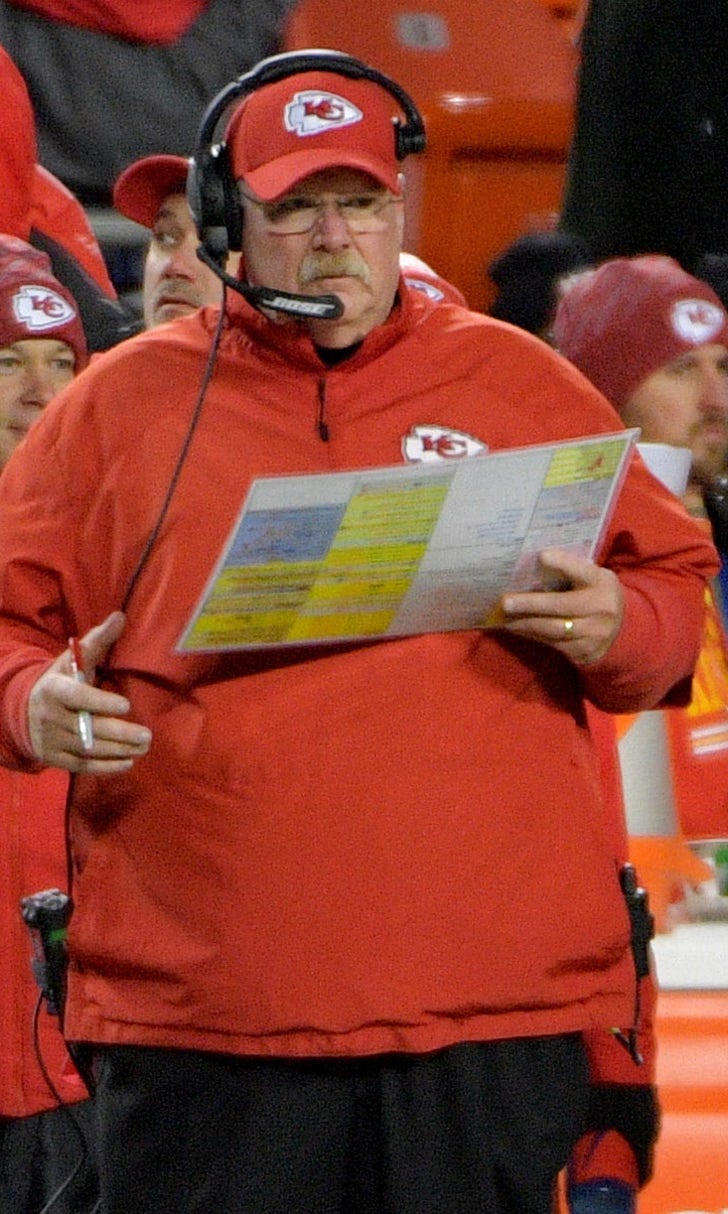 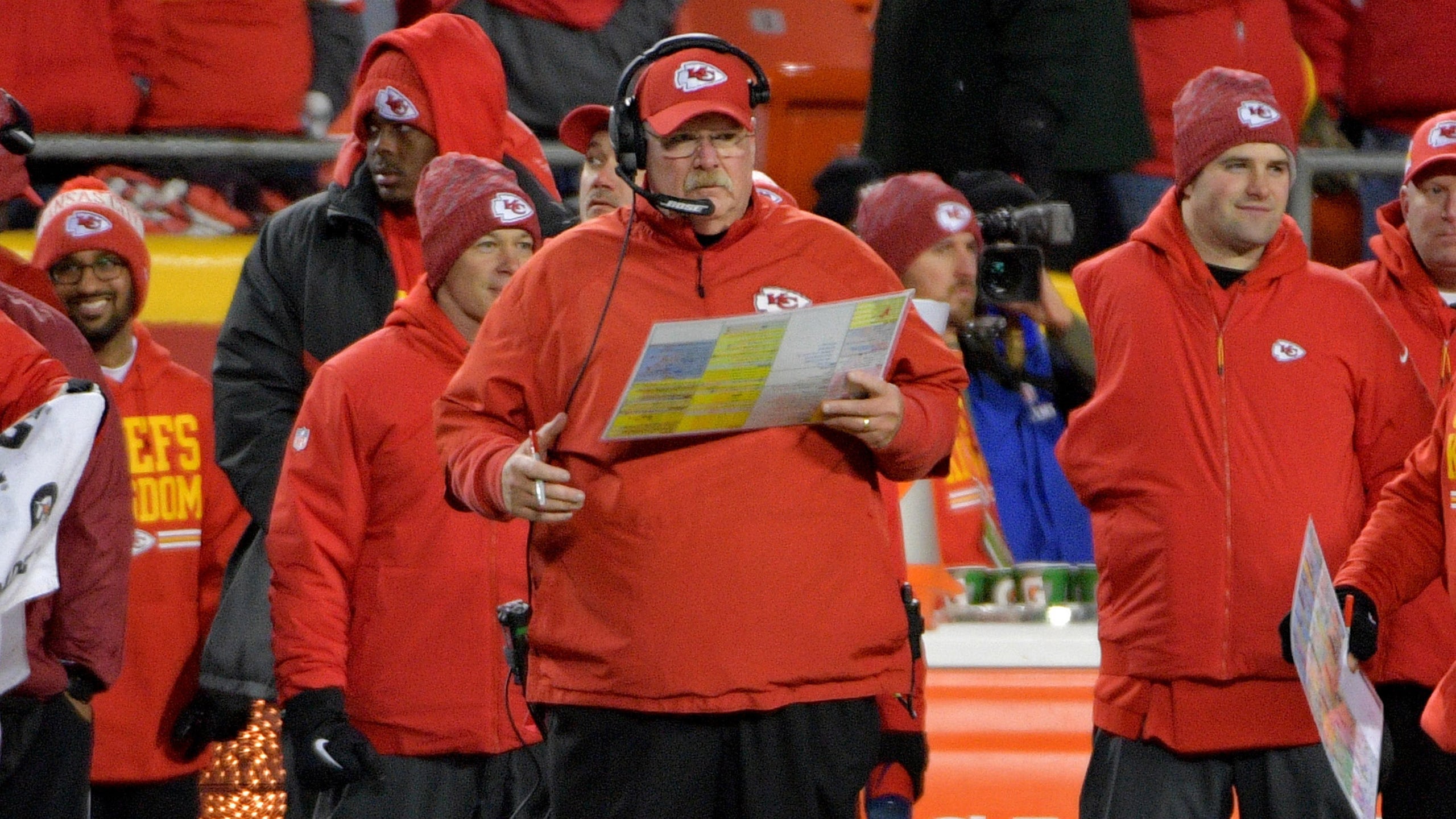 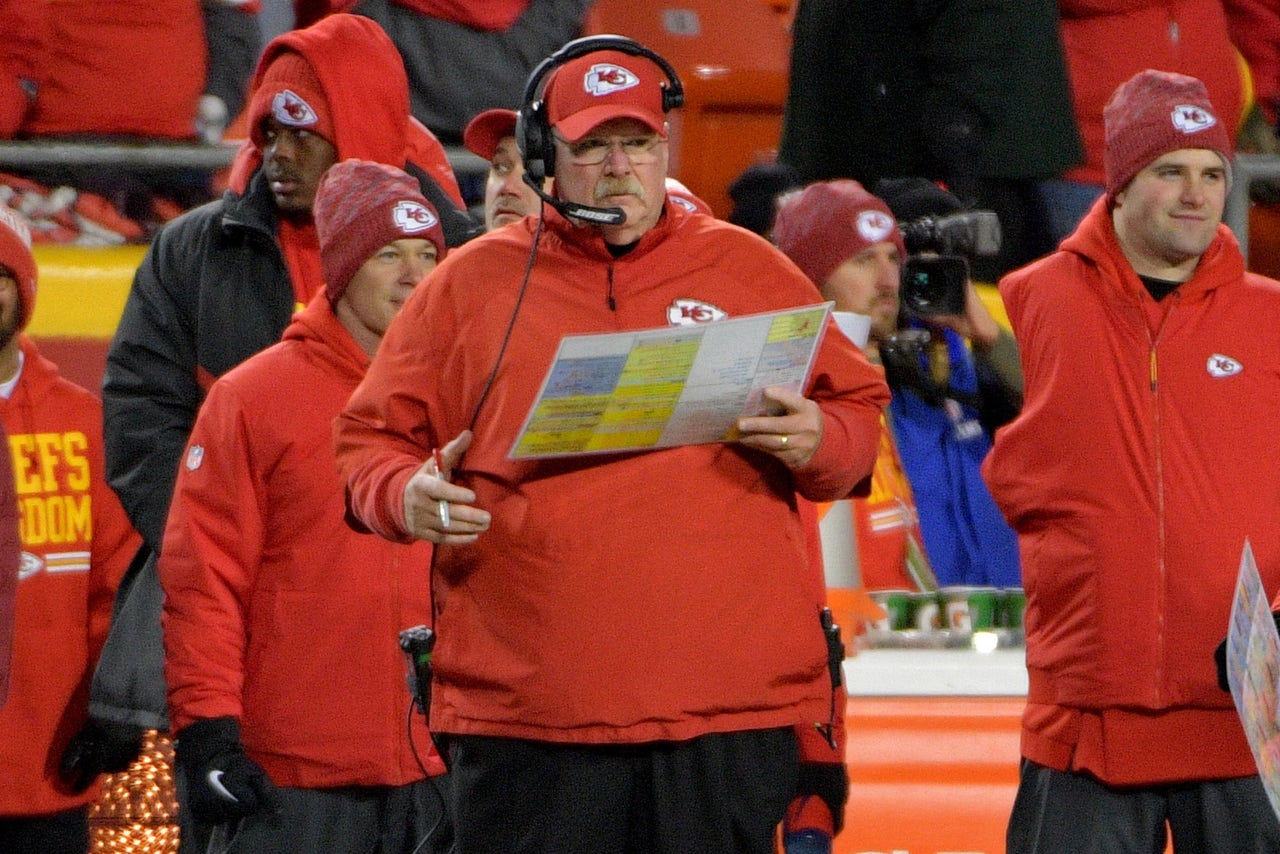 The first big piece was the hiring of Steve Spagnuolo to serve as coordinator, while the rest of the pieces fell into place Tuesday night. That's when Reid issued a statement announcing the hiring of four new assistants and new responsibilities for three coaches kept in the fold.

The biggest coup may be Brendan Daly, who was plucked from the Super Bowl champion Patriots after four seasons in Foxborough to handle the defensive line. Daly worked under Spagnuolo when the latter was the head coach of the Rams, and he has also spent time with the Vikings.

Perhaps the strangest recruitment came with Matt House, who had been serving as the defensive coordinator at the University of Kentucky. The Chiefs wanted to hire House to handle linebackers, but the SEC school made a strong pitch to keep him in Lexington.

Ultimately, the sides were able to work out a deal on House's buyout at Kentucky.

The other new assistants are Dave Merritt, who worked under Spagnuolo with the Giants before spending last season as the Cardinals' defensive backs coach, and longtime NFL cornerback Sam Madison, who will help with the secondary in his first full-time coaching job in the league.

Madison played three seasons with the Giants, his tenure overlapping with Merritt and Spagnuolo.

"All of these coaches are familiar with Steve, love the game and are good teachers that have had success in their careers," Reid said in a statement. "I'm looking forward to working with this group."

The rest of the staff also will have new responsibilities.

Britt Reid will help with linebackers after working with the defensive line, Terry Braden will move into the defensive quality control role, and Alex Whittingham will remain a defensive assistant.

Sutton had been the defensive coordinator since Reid arrived in Kansas City prior to the 2013 season, and his staff had mostly remained intact the past six seasons. But after a couple good years, it seemed as though the rest of the league figured out Sutton's bend-but-don't-break scheme.

The Chiefs, who went 12-4 last season and won their third straight AFC West title, ranked near the bottom of the league in just about every defensive category. The failures on that side of the ball were thrown into even sharper focus given how productive Reid's offense was under first-year starting quarterback Patrick Mahomes, who walked away with the league's MVP award.

Spagnuolo is expected to shift the Chiefs from the 3-4 defense Sutton employed to a 4-3 system, so the turnover in assistants was widely expected. Among those who departed was Hall of Fame defensive back Emmitt Thomas, who retired after 51 seasons as a player and coach in the NFL.

Colin's Blazin’ 5: Championship Sunday
Colin Cowherd is back with his favorite picks against the spread ahead of the NFL's championship weekend.
16 hours ago

Confidence Picks For Championship Weekend
Both the AFC and NFC title games are rematches, so Geoff Schwartz examines what we can learn from those first meetings.
19 hours ago

An Inside Look at Patrick Mahomes' Playlist
What tracks does Kansas City's Patrick Mahomes listen to before taking the field? Martin Rogers has the answers.
19 hours ago
those were the latest stories
Want to see more?
View All Stories
Fox Sports™ and © 2021 Fox Media LLC and Fox Sports Interactive Media, LLC. All rights reserved. Use of this website (including any and all parts and components) constitutes your acceptance of these Terms of Use and Updated Privacy Policy. Advertising Choices. Do Not Sell my Personal Info