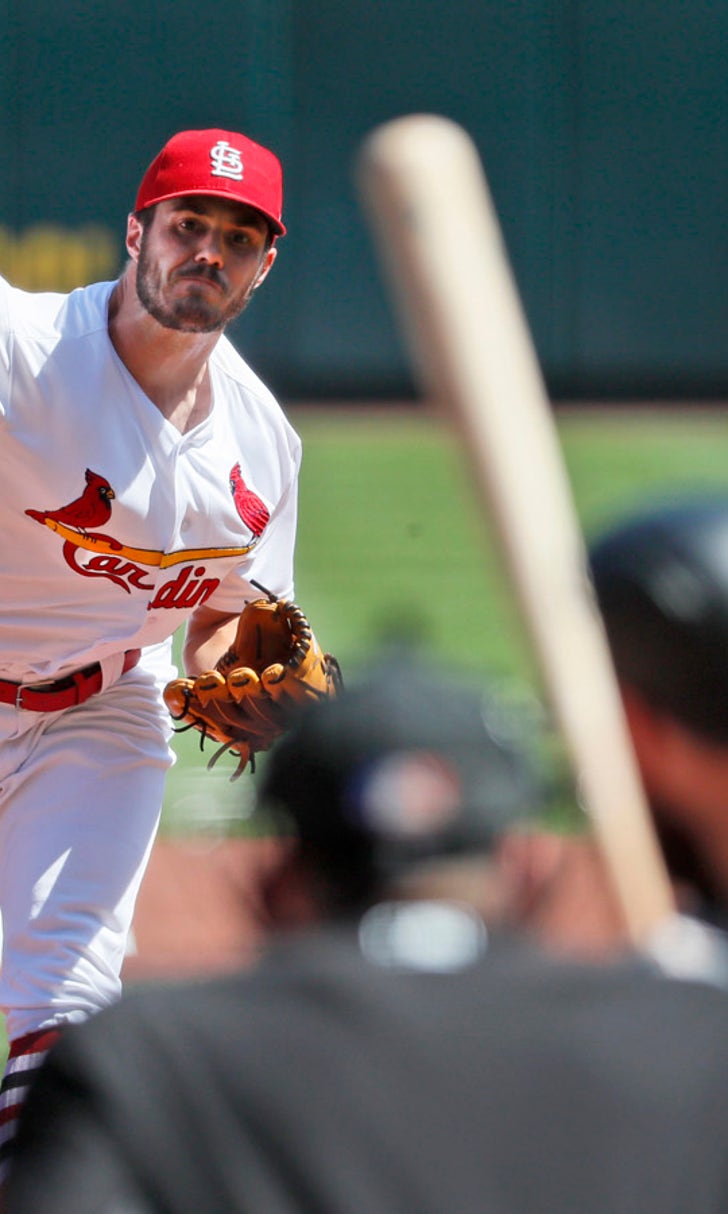 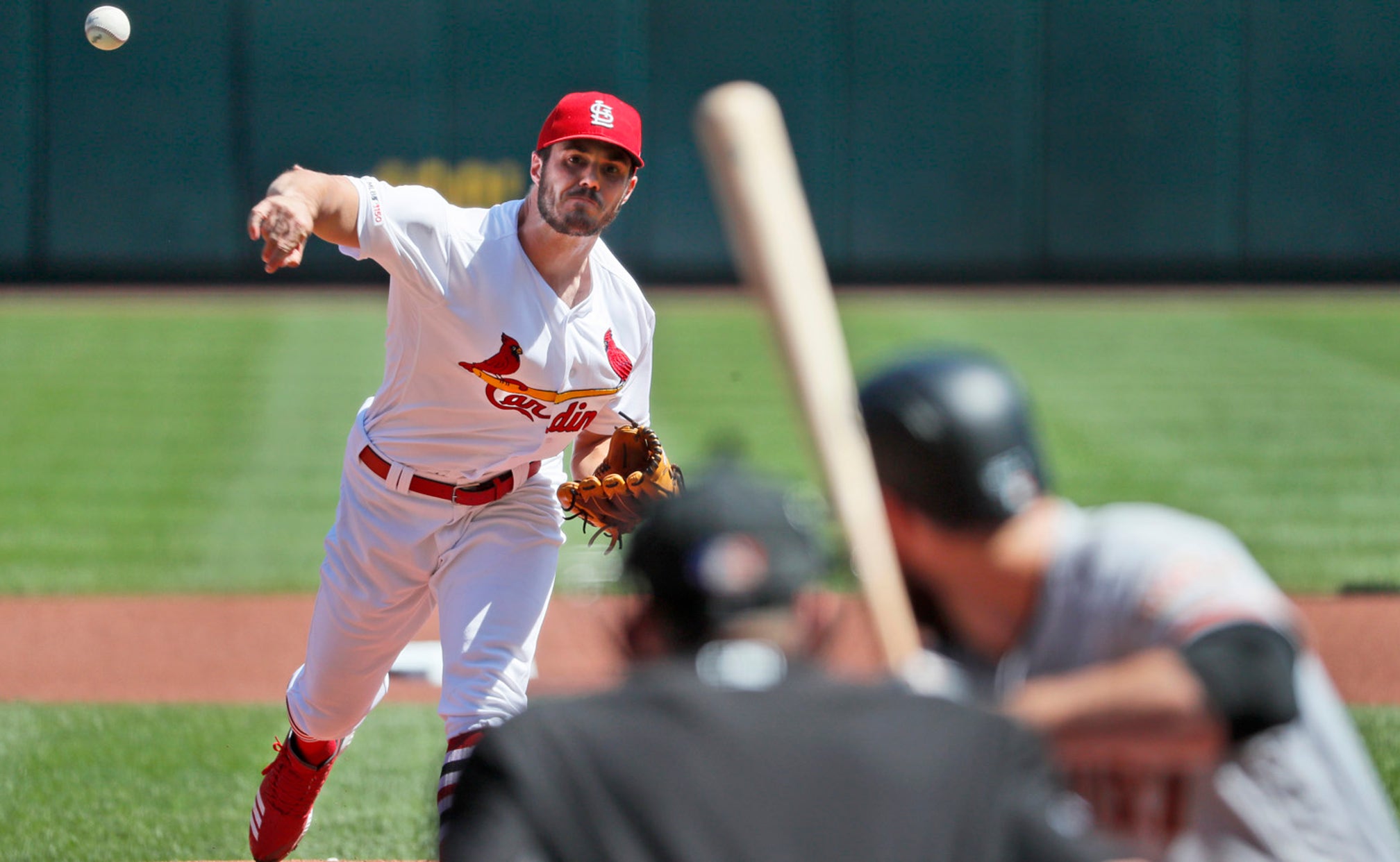 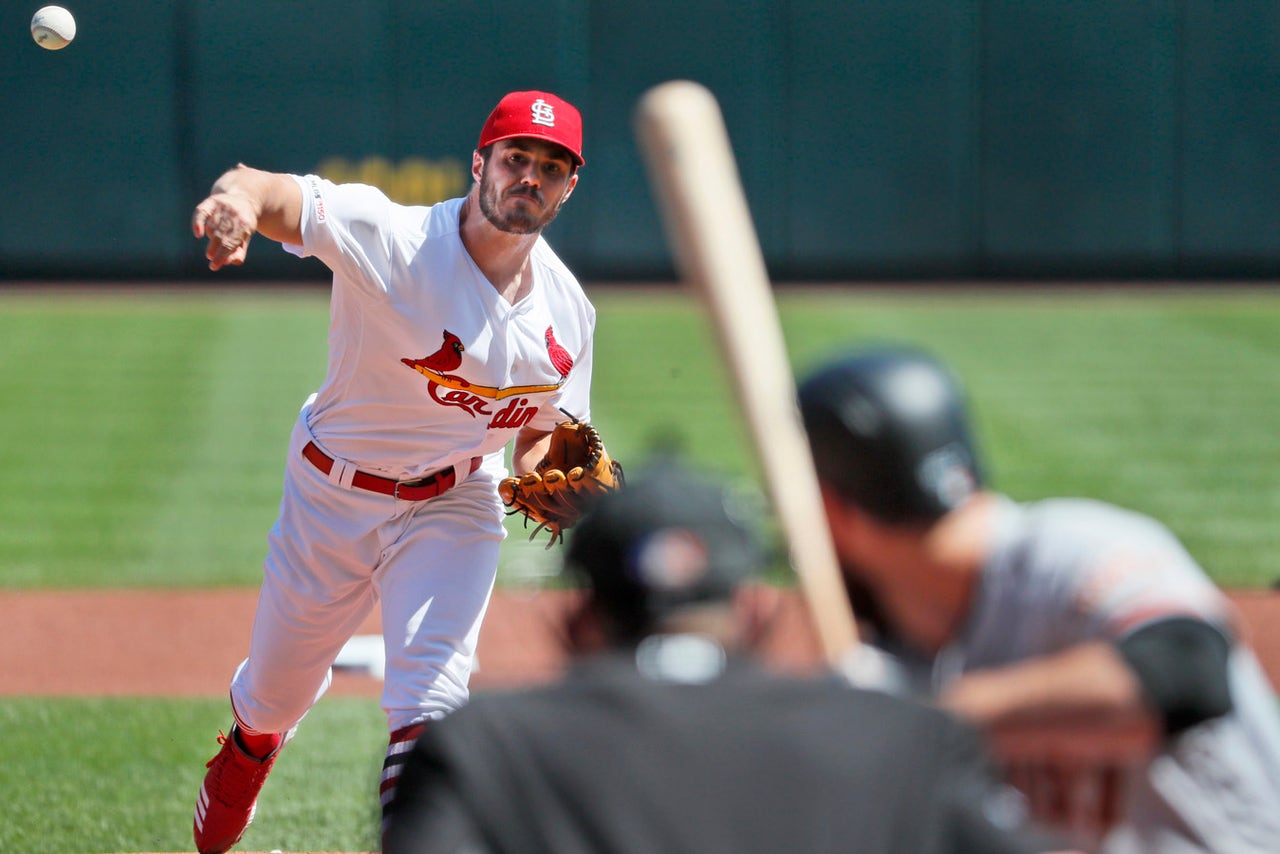 Hudson pitched six innings of one-hit ball and hit a two-run single for his first big league RBIs, helping the Cardinals rout the San Francisco Giants 10-0 on Thursday to maintain a 2½-game lead over the second-place Chicago Cubs in the NL Central.

"I feel like I didn't have my best offspeed stuff," Hudson said. "I commanded my cutter pretty well and I was able to get that sinker down in the zone and get some weak ground balls. Besides that, I was able to eat up as many innings as I could. I fell short in my own eyes trying to get a little deeper."

Paul DeJong hit an early two-run homer, and Paul Goldschmidt singled and scored twice for the Cardinals, who won for the sixth time in seven games.

San Francisco has lost five of six and eight of 10, dropping nine games back for the NL's second wild card at 67-73.

Hudson (15-6) allowed a one-out single in the second to Kevin Pillar and walked Brandon Crawford, then retired 14 of his final 15 batters. He has won five straight starts.

"Even in some hitter's counts he did a good job trusting his sinker to throw it and get some weak contact," Pillar said.

Génesis Cabrera finished the four-hitter for his first big league save.

"Power comes in bunches so you've just got to try to ride it as long as you can," DeJong said. "For me it's more about controlling myself and my emotions and being out there and letting the game come to me."

It was the second homer in as many days for DeJong.

St. Louis blew open the game with a five-run third that included a pair of miscues by the Giants. Matt Carpenter reached on a run-scoring infield single when first baseman Brandon Belt lost track of the bag on a throw from second baseman Mauricio Dubón. Crawford allowed Edman's grounder to shortstop to bounce off his glove for an error.

"Rough day for the club in general," Giants manager Bruce Bochy said. "I don't know what we did right today. It was just an all-around ugly game for us."

Hudson's single chased Webb and boosted the lead to 7-0.

"It was a sinker, two-seamer action," Hudson said. "I just tried to get my bat out there and get a hold of it and it worked out."

Rangel Ravelo hit his first career homer, a two-run drive in the eighth against Kyle Barraclough.

Rangel Ravelo after hitting his first major league homer: "It's unbelievable to get a curtain call from the fans. I'm super happy and super blessed."
(Brought to you by your @MidAmericaChevy dealers.) #TimeToFly pic.twitter.com/l4NocRRJXe

Yadier Molina extended his hitting streak to 12 games with an RBI single in the third. The hit was Molina's 1,947th, tying Ozzie Smith for seventh in franchise history.

Randy Arozarena swiped his first career base in the second inning, giving St. Louis 96 steals this season. St. Louis has not reached triple digits since getting 111 in 2004.

Giants: OF Alex Dickerson was held out of the lineup for the second straight day after re-aggravating a right oblique strain that put him on the injured list in August. He hopes to be back in a couple of days.

"I haven't felt right, but part of that I wasn't sure whether it's just part of the process from coming back from an oblique," Dickerson said. "I've never dealt with that before."