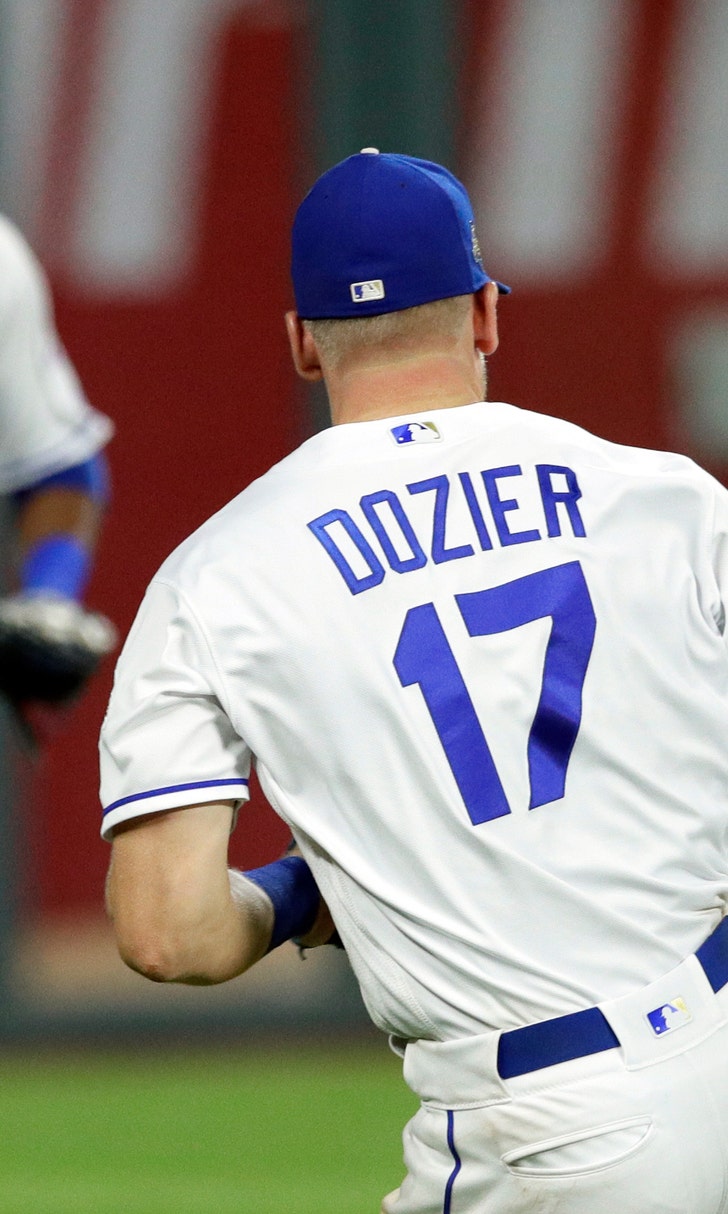 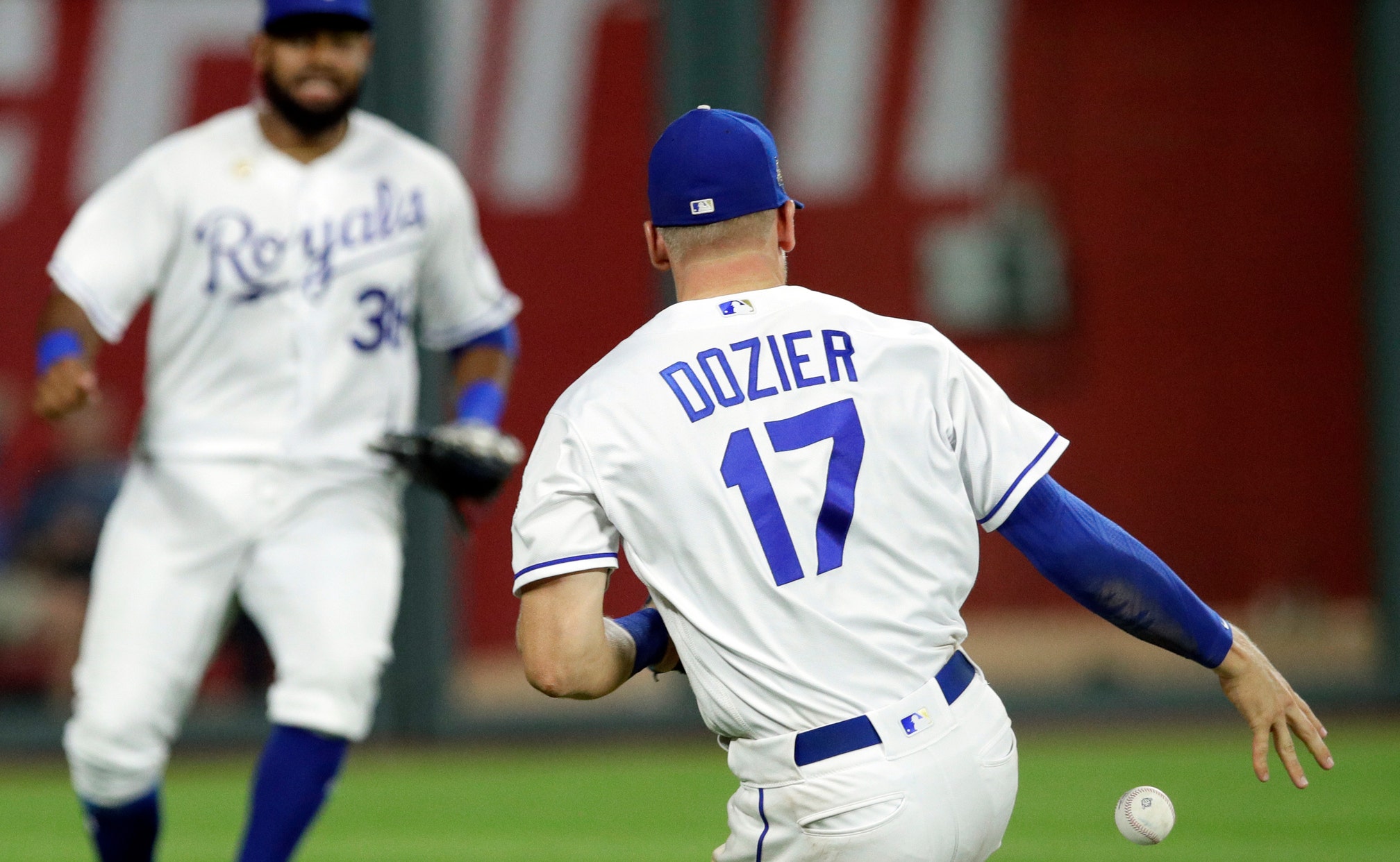 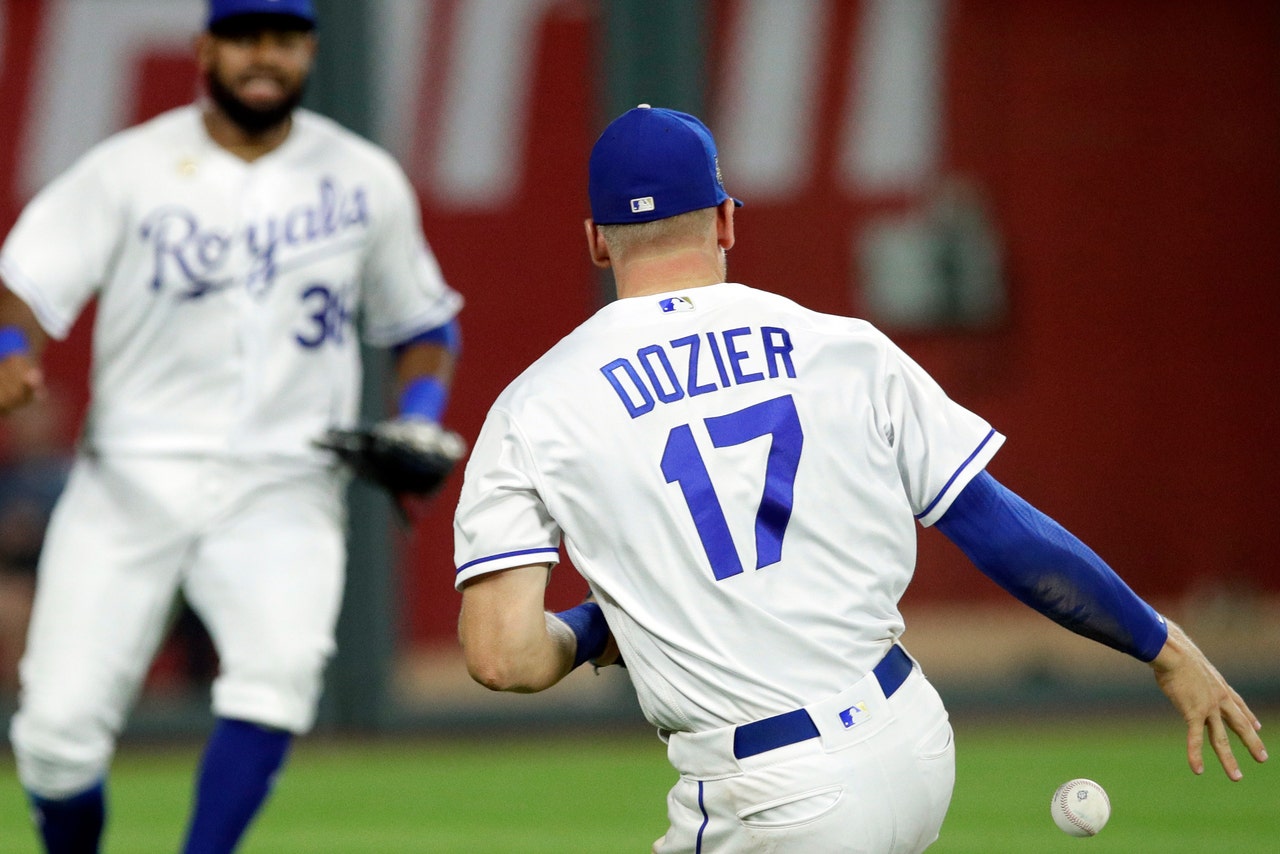 KANSAS CITY - Not since a week into the season had Detroit found a way to win when trailing after eight innings.

Jim Adduci delivered a two-run double in the ninth and scored the go-ahead run on James McCann's double as the Tigers rallied for a 5-4 victory over the Kansas City Royals on Monday night.

It was only the Tigers' second victory in 50 games and the first since April 5 when they won after trailing entering the ninth.

Jeimer Candelario singled and Victor Martinez doubled to start the inning before Adduci came up.

"I was just trying to keep it going," Adduci said. "We just put some put some good at-bats together and being able to get some opportunities and that's the biggest thing. I was looking for a ball over the plate. I was trying to hit something hard and that one snuck in the line, so I'll take it."

After Adduci's double off Brandon Maurer tied it, Jason Hamel replaced Maurer and gave up a first-pitch RBI double to McCann, his third hit, to put the Tigers ahead.

"To take the beating he did, balls bouncing off his face and off his knuckles and be able to step up there and get a hit was huge," Tigers manager Ron Gardenhire said. "That's kind of a catcher's life. Their main job is to get our pitchers through the innings and the good ones find a few hits here and there and he did tonight."

Maurer (0-4) faced three batters in the ninth and all scored.

"I'm assuming if the velo was good and I was getting hit, it was probably location," Maurer said.

Alex Wilson (1-3) picked up the win. Shane Greene gave up a two-out single in the ninth before earning his 20th save in 23 chances.

Heath Fillmyer, who was making his second Royals start, allowed two runs, one unearned, on three singles, while striking out six and walking two in 6 2/3 innings.

He had retired 15 in a row before walking Martinez with two outs in the seventh. After Adduci dumped a single down the third-base line, Kevin McCarthy replaced Fillmyer. McCann and Jose Iglesias delivered run-producing singles.

Francisco Liriano, who threw 50 pitches in the first two innings, yielded three runs on six hits over 4 2/3 innings. Liriano is winless in his last 11 starts since an April 28 victory.

"He was misfiring," Gardenhire said. "It wasn't one of his better performances."

Lucas Duda, the lone lefty starting  for the Royals, laced a two-out, two-run single in the first and singled home Jorge Bonifacio in the fifth to chase Liriano.

Mike Moustakas' pinch double in the seventh scored Salvador Perez from first base, giving the Royals a 4-2 lead.

All-Star C Perez made his second start of the season and his fifth career appearance at first base. He also made an unwitting web gem. Perez fumbled Adduci's grounder to lead off the fifth before making a back-handed flip to Fillmyer covering the bag. Perez smiled and tipped his cap to the crowd after the play.

Yost said OF Brian Goodwin, who the Royals acquired in a trade with the Nationals, would "mostly" be used in center. Goodwin had an infield pinch single in the seventh and singled again the ninth in his Royals debut. The Royals optioned IF Ramon Torres to Triple-A Omaha to make room.

Tigers: RHP Jordan Zimmermann, who is 4-0 with a 1.36 ERA in six career starts at Kansas City, is the probable for the second game of the series.

Royals: Rule 5 pick RHP Burch Smith will make his third start and his first at home