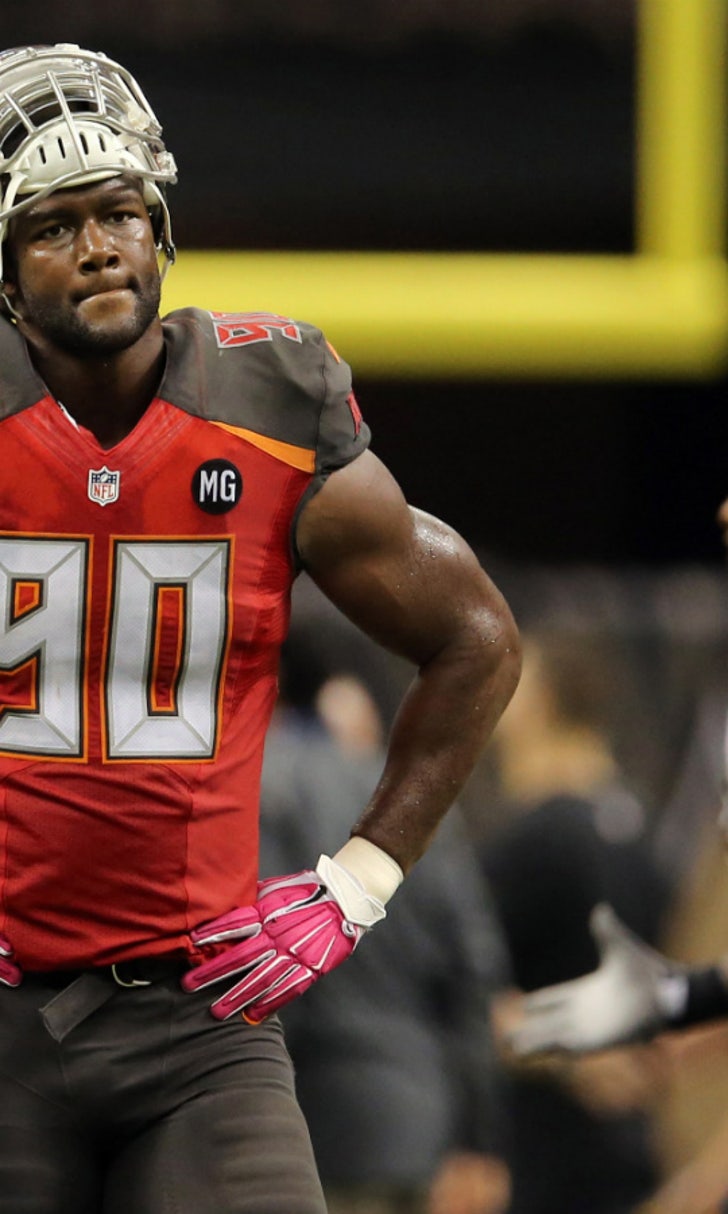 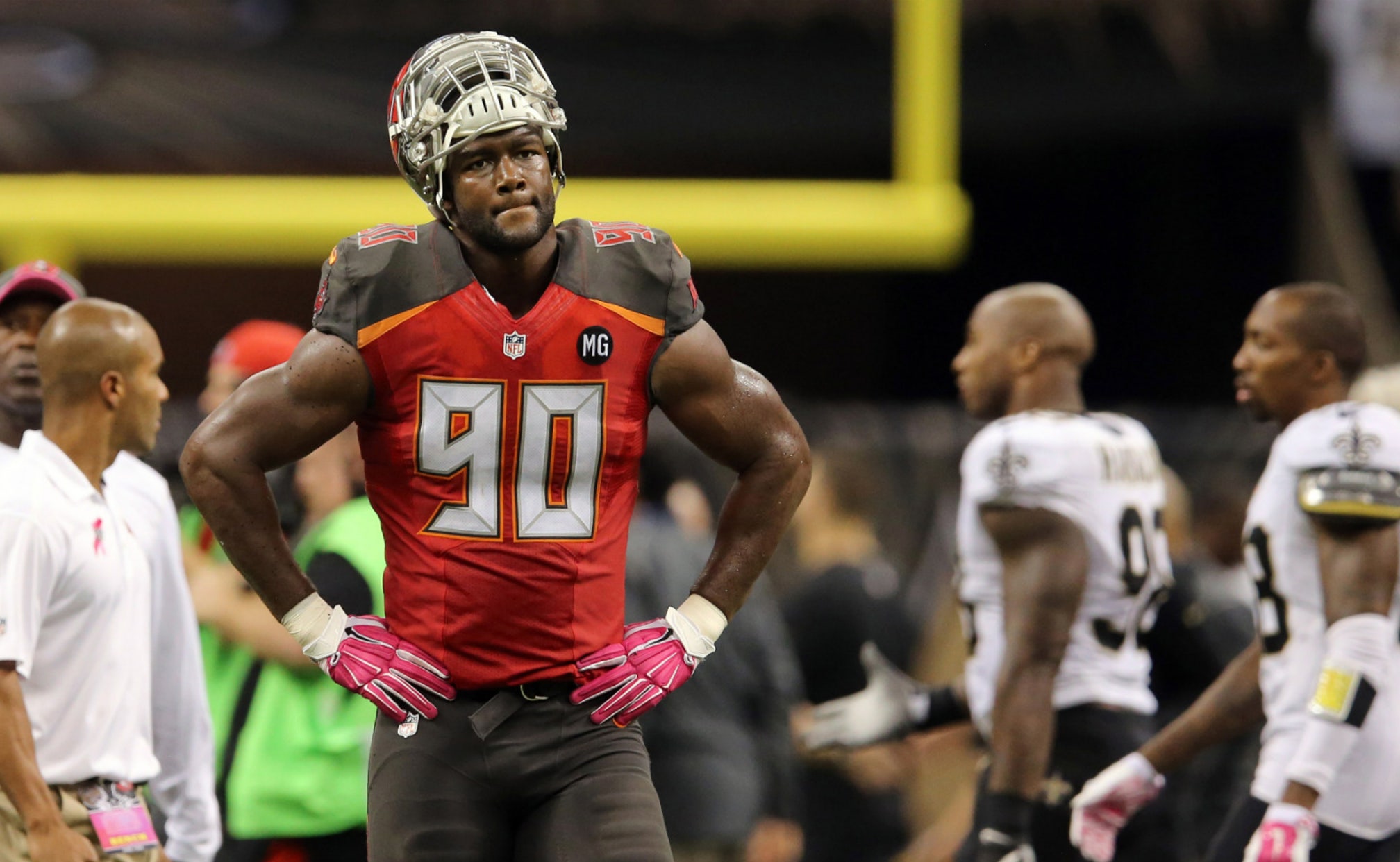 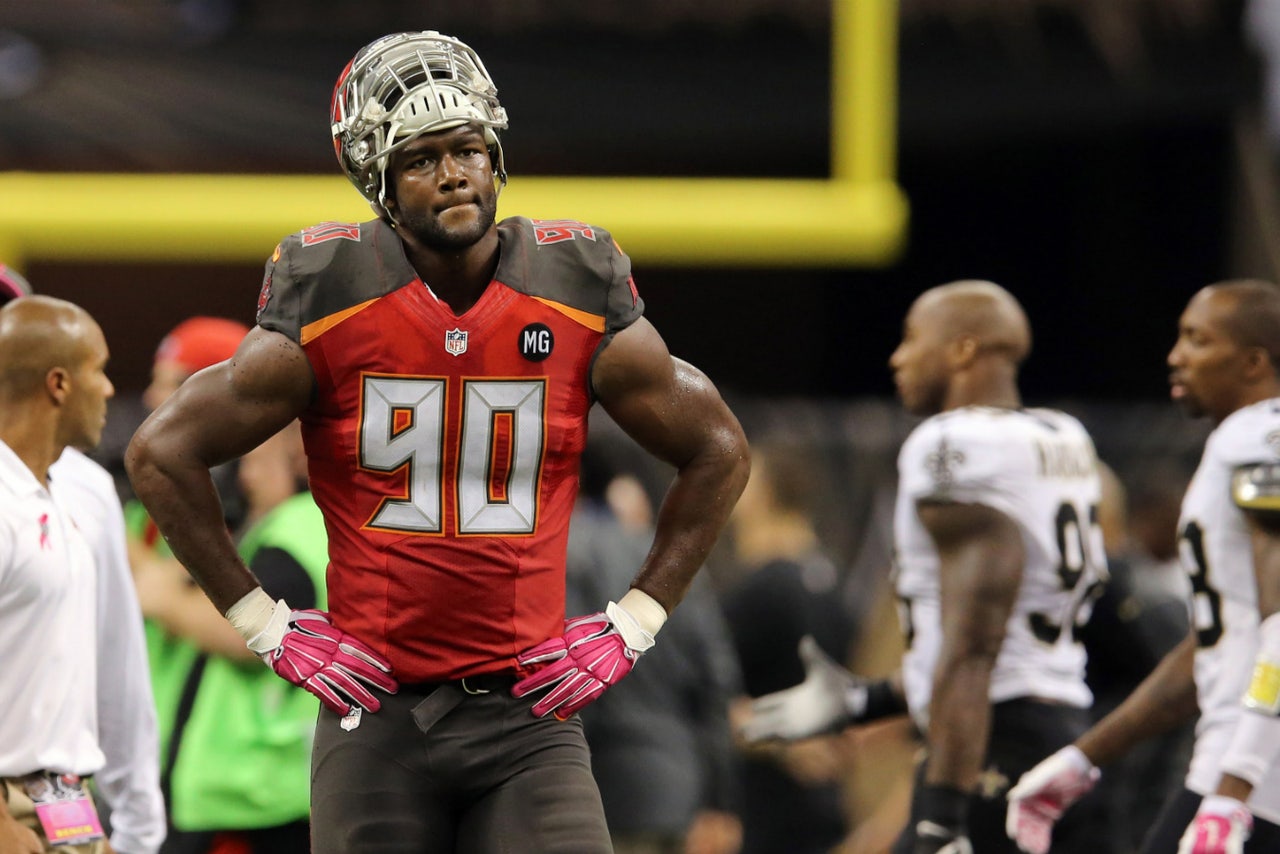 TAMPA, Fla. (AP) -- Lovie Smith says his Tampa Bay Buccaneers are improving, even if their record doesn't reflect it.

The Bucs yielded 511 yards on defense, were flagged 15 times for 113 yards in penalties, and squandered an 11-point fourth-quarter lead in their latest loss, however Smith reiterated Monday that much of what undermined the team in an overtime setback at New Orleans can -- and will -- be corrected.

Sunday's collapse left Tampa Bay (1-4) with sole possession of last place in the NFC South, with three of its four losses coming within the division. The Buccaneers host the Baltimore Ravens on Sunday.

"As a football team we're getting better, if that makes sense. But it seems like each week we go out and are putting a better product on the field," Smith said, summarizing a 37-31 loss to the Saints, drove 80 yards in 12 plays to score the winning touchdown of the opening possession of OT.

"We're disappointed we had an 11-point lead," and couldn't hold it, the coach added. "You have to be a pretty good team to get an 11-point lead on the road like that, which we are. We will tighten up these things that I've talked about ... and eventually we'll start winning football games consistently."

On the encouraging side, Mike Glennon delivered another solid performance in his second start since replacing the injured Josh McCown at quarterback, Vincent Jackson had a big day with eight receptions for 144 yards, and linebacker Danny Lansanah returned one of the defense's three interceptions off Drew Brees for a touchdown.

Offensively, however, the Bucs are still having difficulty running the ball. The Saints outrushed them 140 to 66, with Doug Martin being limited to 45 yards on 14 carries.

"We are not where we want to be and our record says that," Glennon said after the game. "Maybe we are getting better, but better isn't good enough if you aren't winning. We need to keep working and to keep staying together, and I am sure those wins will come."

Smith said many of the costly mistakes, including Lansanah being penalized for unsportsmanlike conduct while celebrating his TD, are careless and inexcusable.

The Bucs, who are in their first season under Smith, have been penalized 35 times for 273 yards in the past three games.

"Normally, things like that, put you in that 1-4 category. These are things that I'd say we can correct, but they're happening right now," the coach said.

"I'm not going to say we're a young program. We're a program that hasn't figured all those things out," Smith added. "But eventually we will."

Smith wasn't ready to say if Glennon, who led a game-winning TD drive in the close minutes of the team's lone victory at Pittsburgh two weeks, has earned the No. 1 quarterback job.

McCown sprained the thumb on his throwing hand during a 42-point loss at Atlanta, and is sidelined indefinitely.

"I don't know why we have to go there, right now," Smith said.

"This is what I'll say about Mike. Mike has played two great games, and odds are Mike will start for us this week," at home against Baltimore, the coach added. "He's had two opportunities to play and he's played well. ... I've been excited about everything he has done, but we go from day-to-day. ... The quarterback position isn't really one I'm concerned about."

Inside The Patriots' Shocking Decline
Something has changed in New England and it has done so with stunning rapidity, Martin Rogers writes.
9 hours ago

Playing Favorites In Week 8
A big-time NFC West clash leads Week 8, and Jason McIntyre's riding with the Seahawks in his parlays and teasers.
13 hours ago

MVP Watch: Brady Enters Fray
Russell Wilson has a firm lead in the MVP race, but a three-time winner with an unrivaled pedigree is creeping up the list.
16 hours ago

Newton's Flaw
After starting the season on a high, Cam Newton has come back down to earth ⁠– hard. Can he and the Pats salvage the season?
18 hours ago
those were the latest stories
Want to see more?
View All Stories
Fox Sports™ and © 2020 Fox Media LLC and Fox Sports Interactive Media, LLC. All rights reserved. Use of this website (including any and all parts and components) constitutes your acceptance of these Terms of Use and Updated Privacy Policy. Advertising Choices. Do Not Sell my Personal Info