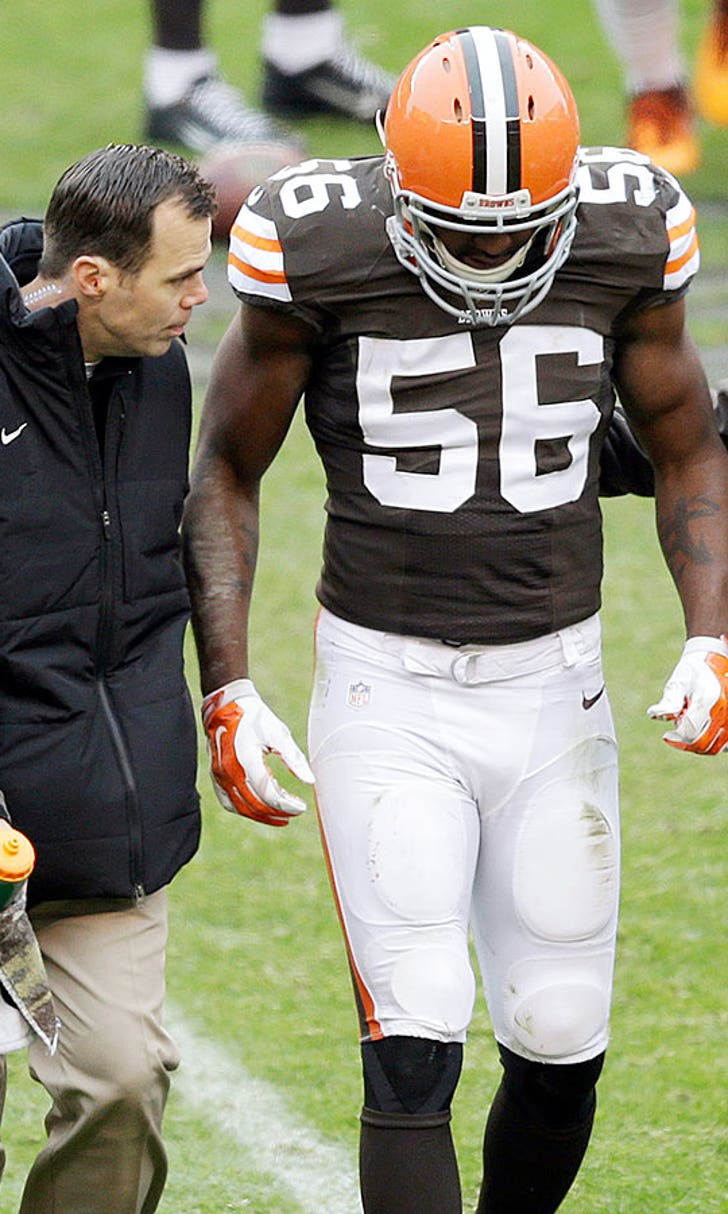 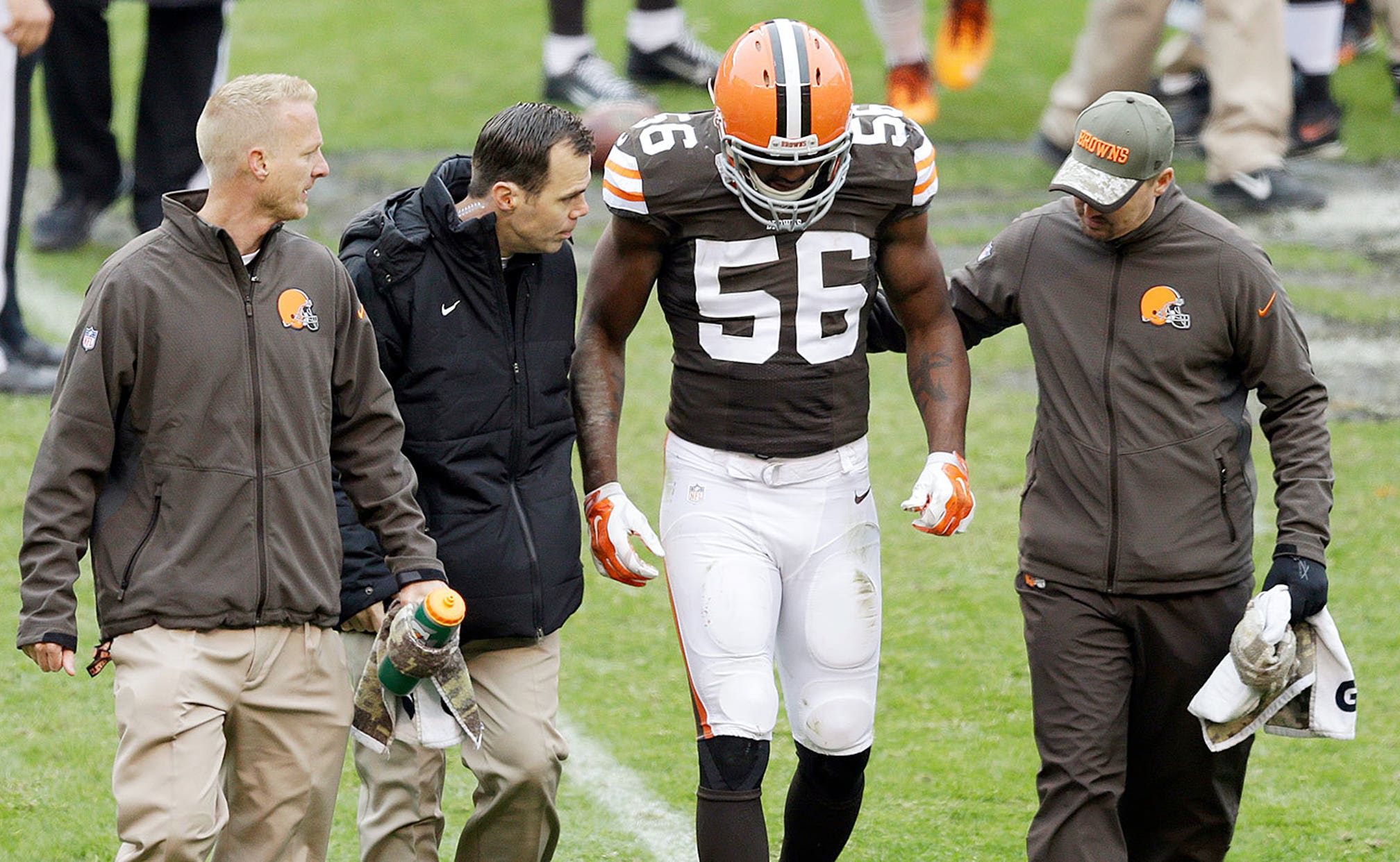 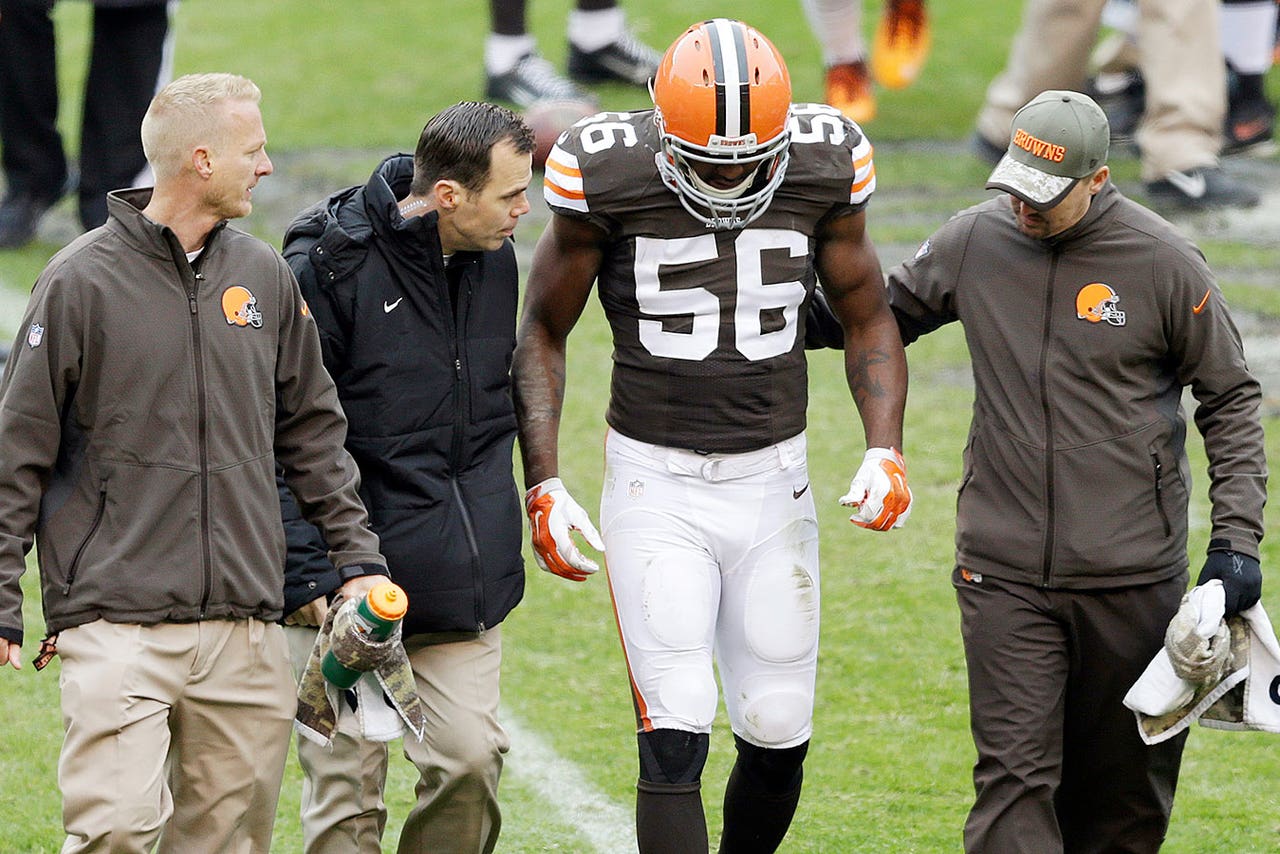 If the Cleveland Browns are going to continue to compete for a playoff spot, they're going to have to do it with a patchwork defense.

Starting linebackers Karlos Dansby and Jabaal Sheard were injured in Sunday's loss to the Houston Texans. Monday, Browns coach Mike Pettine said Dansby could miss a month after injuring his left knee and Sheard could be out for the season with a foot injury.

Their losses came two days after starting defensive end Phil Taylor was placed on injured-reserve. The Browns struggling run defense gave up 213 rushing yards to the Texans, who were playing without their best running back, Arian Foster.

"It's something we have to find a way to overcome," Pettine said.

Dansby, a big-ticket free agent addition last spring, had been one of the defense's best players and most important leaders. Sheard, a free agent after the season, has been starting all season, too.

Sheard made a regularly scheduled radio appearance in the Cleveland area Monday afternoon. He wore a protective boot on his foot but did not have crutches, and he said he still hopes to play this week.

The defensive line was the deepest and arguably the most talented position group on the team entering the season. Armonty Bryant suffered a season-ending injury in September, Taylor's second injury landed him on injured-reserve late last week and John Hughes is on injured-reserve/designated to return but isn't eligible to return until the season finale.

The Browns ranked 28th in run defense before Sunday and slipped to 31st with one Week 11 game still pending. They did not record a sack on Texans quarterback Ryan Mallett in Sunday's game.

Colin Cowherd's Blazin' 5: Week 8
Colin Cowherd is back with his five favorite picks against the spread ahead of Week 8.
1 min ago

Can The Ravens Weather The Steelers?
As November nears, Jason McIntyre explains how real "football weather" will affect Week 8. Plus, why he's taking the Steelers.
8 mins ago

Stuck in Neutral
With Chicago's offense sputtering, is it time for Matt Nagy to return to Mitch Trubisky as his starting quarterback?
2 hours ago

Sizing Up Tua
Days before his first NFL start, everyone wants to know: How will Tua Tagovailoa measure up in Miami?
8 hours ago

Falcons Take Flight, Beat Panthers On TNF
The Falcons avenged an early season defeat to Carolina on Thursday night, earning their second win of the season.
19 hours ago
those were the latest stories
Want to see more?
View All Stories
Fox Sports™ and © 2020 Fox Media LLC and Fox Sports Interactive Media, LLC. All rights reserved. Use of this website (including any and all parts and components) constitutes your acceptance of these Terms of Use and Updated Privacy Policy. Advertising Choices. Do Not Sell my Personal Info