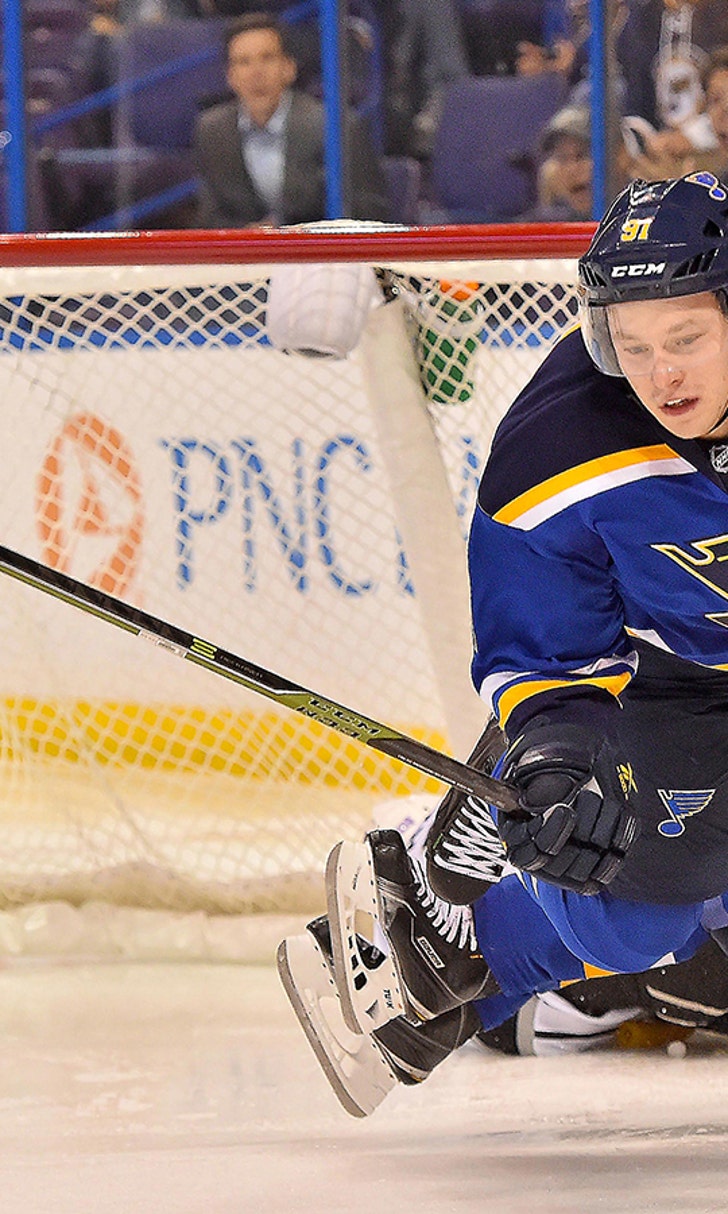 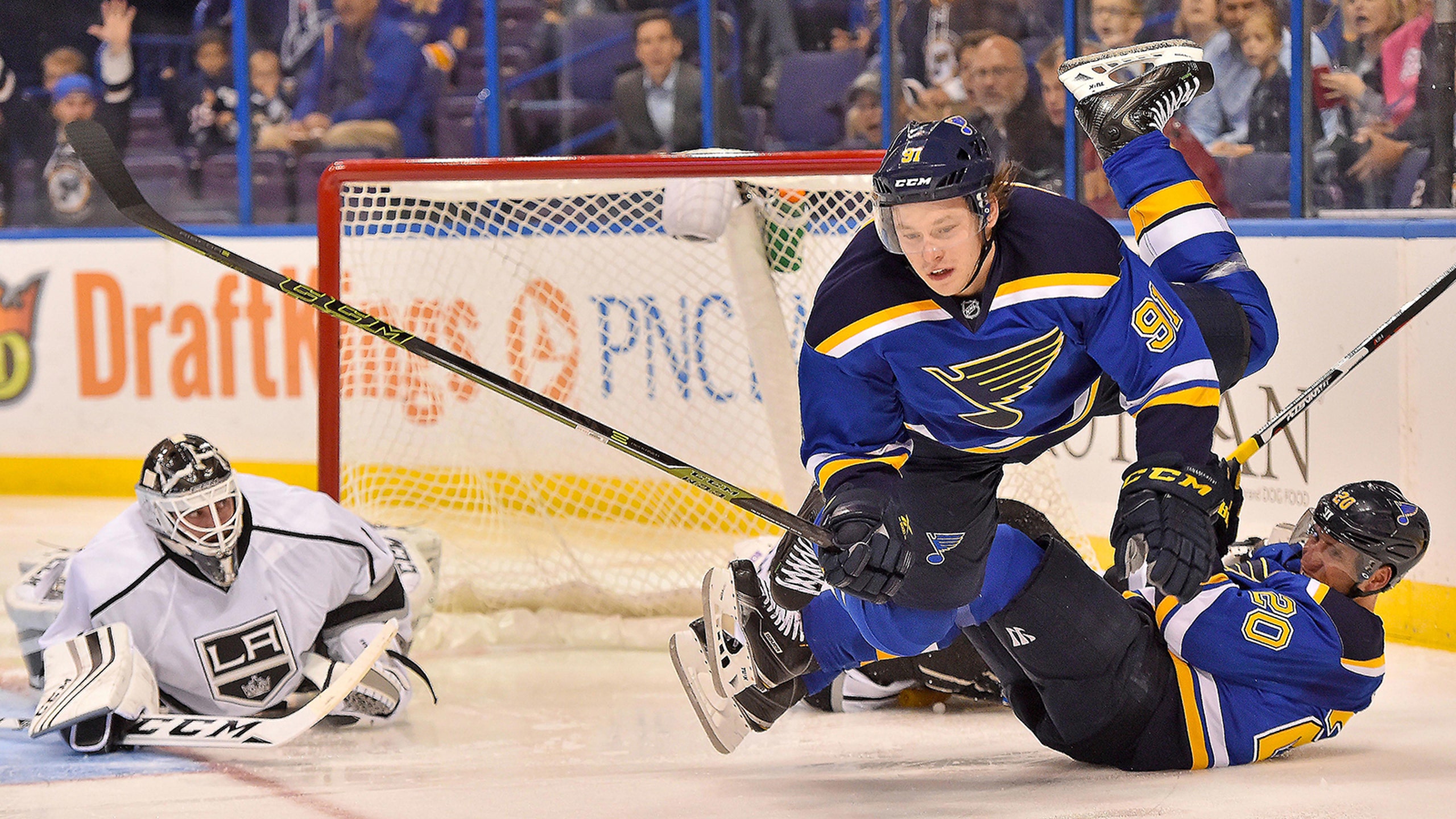 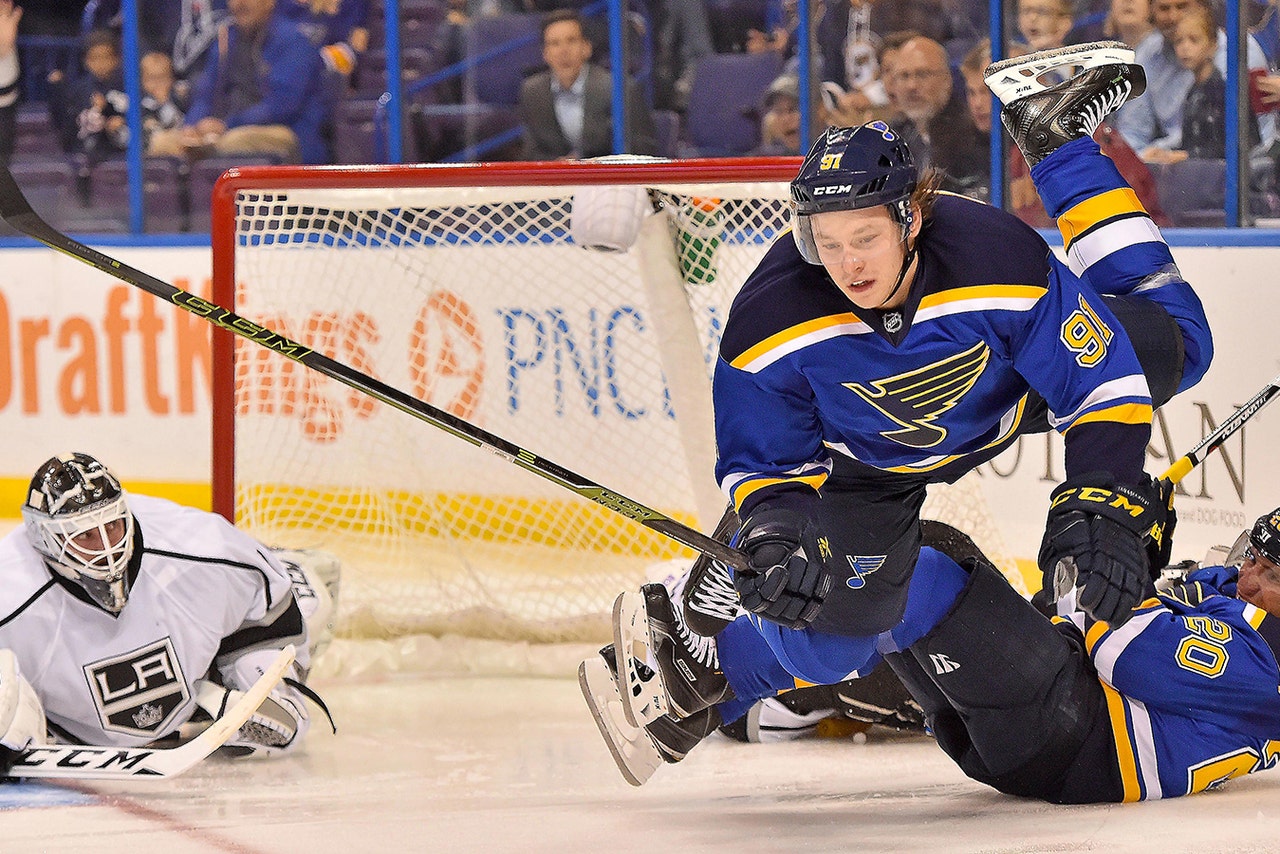 ST. LOUIS -- Jhonas Enroth has made the most of his limited opportunities with the Los Angeles Kings this season.

The team's backup goalie behind Jonathan Quick, Enroth made his second start of the season Tuesday night and came up with his sixth career shutout, a 3-0 victory over the St. Louis Blues.

"Obviously you want to play as many games as you can but we have a pretty good starter here," Enroth said. "You just have to be sharp when you get your chance and try to steal as many points as you can."

Jeff Carter, Tanner Pearson and Trevor Lewis scored for the Kings, who lost center Anze Kopitar to an upper-body injury in the first period but still won for the eighth time in nine games. Los Angeles had a seven-game winning streak snapped with a loss to the Chicago Blackhawks on Monday.

"I thought we had really good purpose to our game right from the start and played the whole game, played a complete game," Kings coach Darryl Sutter said.

Jake Allen made 31 saves for the Blues, who lost for the first time in four games and were handed their first regulation loss in six home games.

"My objective every game is to give the guys a chance and I felt I did that tonight, but the goalie played well on the other end," Allen said. "We just couldn't find a way to get it in tonight."

Enroth signed a one-year deal with the Kings as a free agent this offseason after splitting time between the Buffalo Sabres and Dallas Stars last season. He made 24 saves on Tuesday to earn his second victory in two starts with his new club.

In his first start, against the San Jose Sharks on Oct. 22, Enroth stopped 39 shots in a 4-1 win. On Tuesday, he wasn't tested much early with just five shots against him in the first period but he came up with 11 saves in the second and then eight in the third.

"I think he showed a lot of composure and made the timely saves," Sutter said. "I'm not sure how much work he had, but he made timely saves."

"He played a great game, kept us in it, made some huge saves at the right time and we scored some big goals," Toffoli said.

The Kings took the lead at 15:52 of the second period with a 4-on-3 power-play goal from Carter, who banked in a shot off Allen's shoulder. Carter's fifth of the season was assisted by Drew Doughty and Christian Ehrhoff.

Los Angeles scored twice in the final 5 minutes to put the game away.

Pearson scored his second of the season on an odd-man rush with Brayden McNabb and Toffoli with 4:33 remaining in the third. Then Lewis added an empty-netter, assisted by Pearson and Carter, with 44.8 seconds left.

The Kings head back to California, where they will begin a five-game homestand on Thursday night against the Columbus Blue Jackets. The Blues are at Chicago on Wednesday night to start a four-game road trip.

NOTES: Allen was honored as the NHL's "Second Star" for last week after he went 3-0 with a 0.98 goals-against average and .963 save percentage. . Blues D Kevin Shattenkirk missed his ninth consecutive game with a lower-body injury. . Sutter said Kopitar was feeling better after the game but the team was following the concussion protocol. . Toffoli has nine goals and 11 points in 12 games.