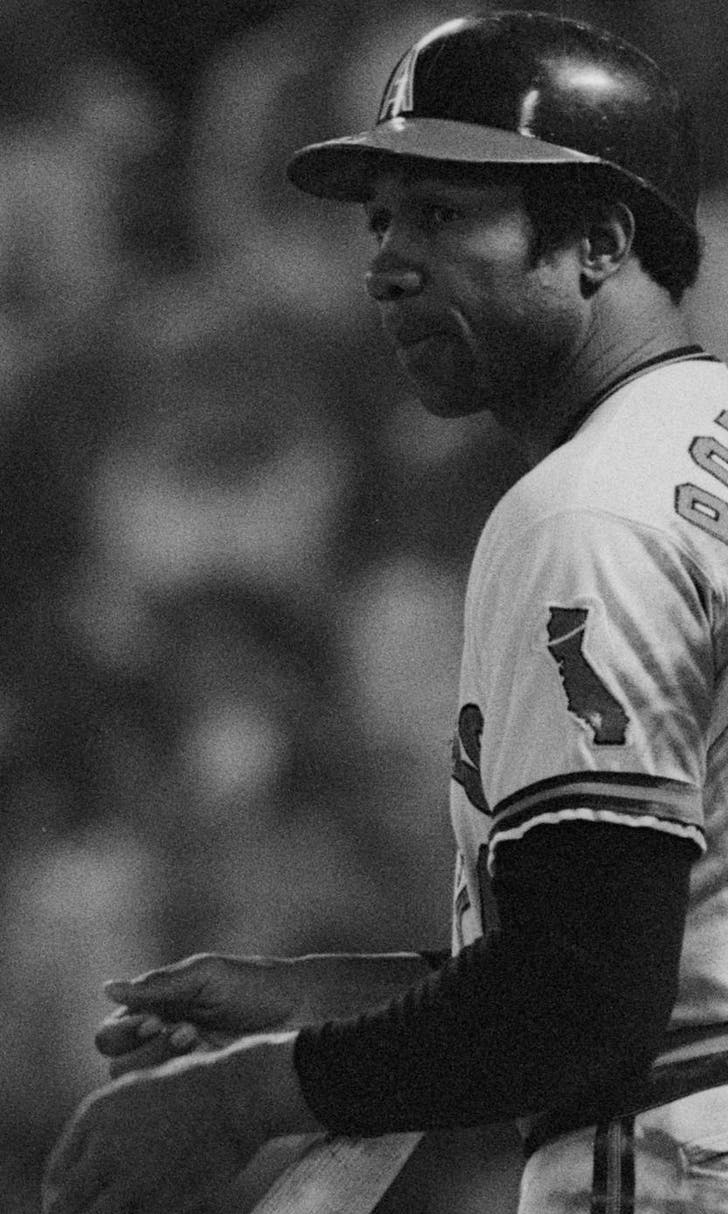 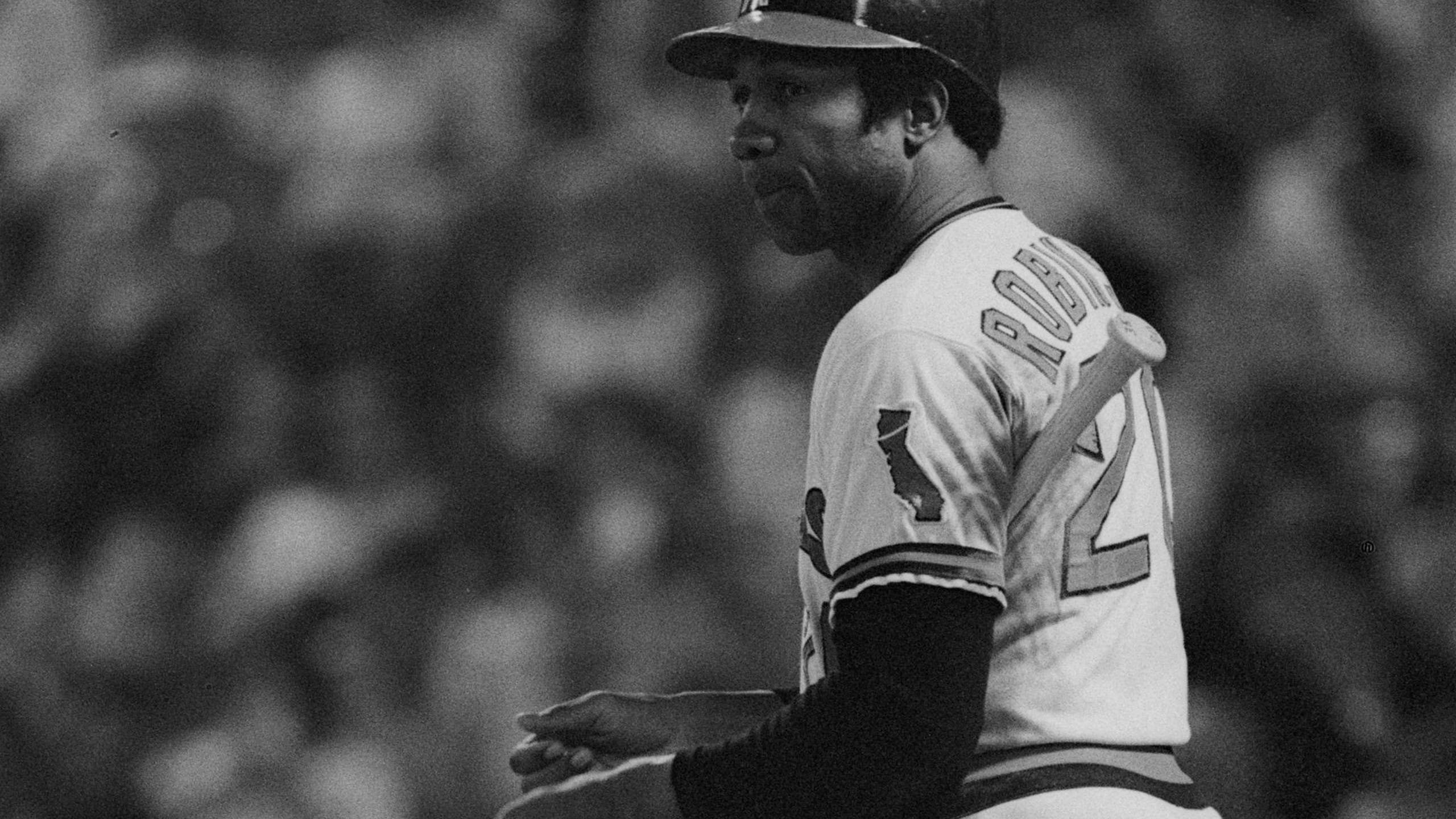 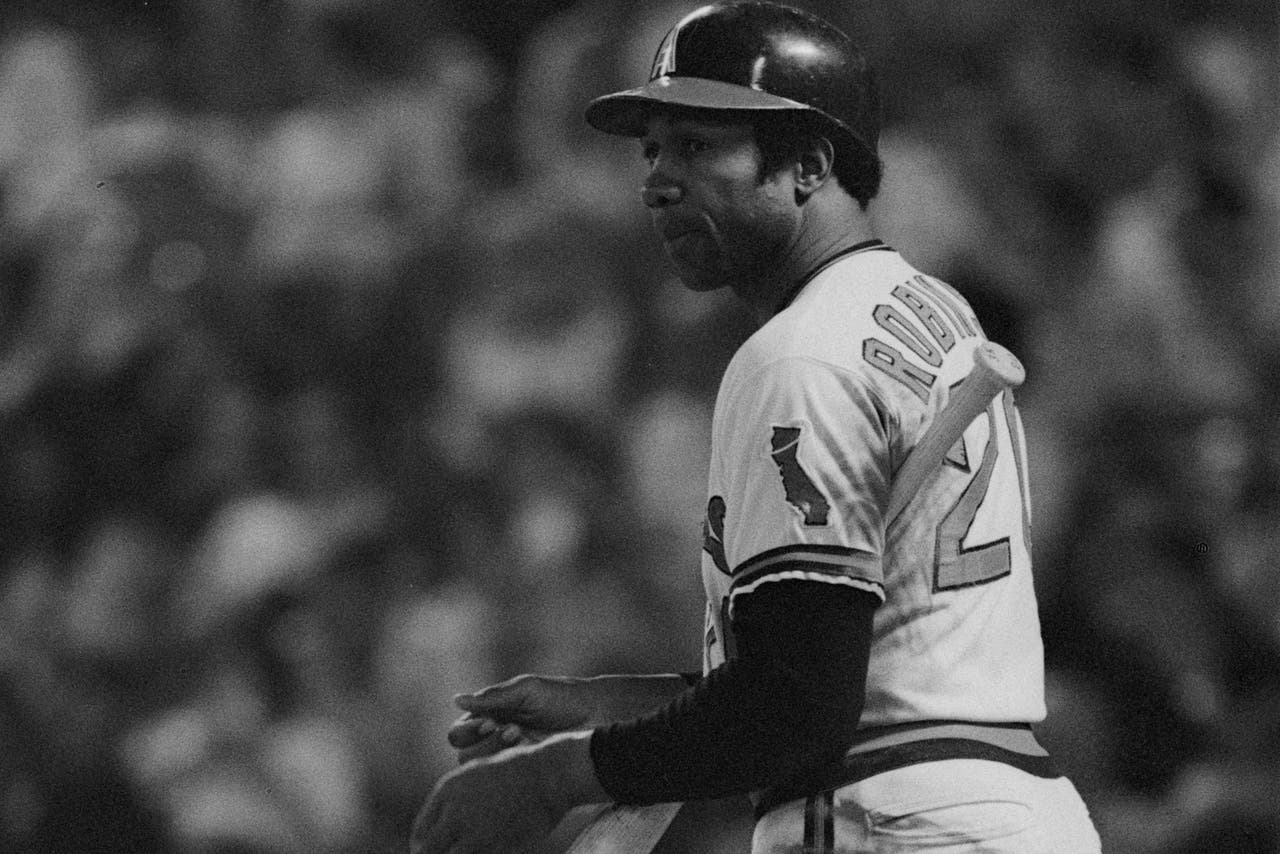 Crowding the plate, fearsome and fearless, Frank Robinson hammered his way into the Hall of Fame.

His legacy, however, was cemented that day in 1975 when he simply stood in the dugout at old Cleveland Stadium — the first black manager in Major League Baseball.

Robinson, the only player to earn the MVP award in both leagues and a Triple Crown winner, died Thursday at 83. He had been in failing health and in hospice care at his home in the Bel Air section of Los Angeles. MLB said he was with family and friends at the time.

"Frank Robinson's resume in our game is without parallel, a trailblazer in every sense, whose impact spanned generations," Commissioner Rob Manfred said in a statement.

Robinson hit 586 home runs — he was fourth on the career list behind only Hank Aaron, Babe Ruth and Willie Mays when he retired and now ranks 10th. An MVP with Cincinnati and Baltimore, he led the Orioles to their first World Series championship in 1966.

An All-Star outfielder in 12 seasons and a first-ballot selection to Cooperstown, Robinson also was a Rookie of the Year and picked up a Gold Glove.

"Frank Robinson and I were more than baseball buddies. We were friends. Frank was a hard-nosed baseball player who did things on the field that people said could never be done," Aaron posted on Twitter.

"Baseball will miss a tremendous human being," he said.

Robinson's place in the sport's history extended far beyond the batter's box and basepaths.

Robinson fulfilled his quest to become the first African-American manager in the big leagues when he was hired by the Cleveland Indians. His impact was immediate and memorable.

The Indians opened at home that year and Robinson, still active, batted himself second as the designated hitter. In the first inning, he homered off Doc Medich and the crowd went crazy, cheering the whole April afternoon as Cleveland beat the Yankees.

The Reds, Orioles and Indians have retired his No. 20 and honored him with statues at their stadiums.

Robinson later managed San Francisco, Baltimore and Montreal. He became the first manager of the Washington Nationals after the franchise moved from Montreal for the 2005 season — the Nationals put him in their Ring of Honor, too.

More than half the major league teams have had black managers since his debut with Cleveland.

Robinson later spent several years working as an executive for MLB and for a time oversaw the annual Civil Rights Game. He advocated for more minorities throughout baseball and worked with former Commissioner Bud Selig to develop the Selig Rule, directing teams to interview at least one minority candidate before hiring a new manager.

For all he did on and off the field, Robinson was presented the Presidential Medal of Freedom by George W. Bush in 2005.

Hall of Fame manager Joe Torre played against and worked with Robinson for years.

"He was a tough nut," Torre recalled at the owners' meetings in Orlando, Florida. "He never lost that feistiness, which puts a smile on your face ... He was always that guy that commanded a lot of respect and he had a presence about him."

Born Aug. 21, 1935, in Beaumont, Texas, Robinson attended McClymonds High School in Oakland, California, and was a basketball teammate of future NBA great Bill Russell. But it was on the diamond, rather than court, where fame awaited Robinson.

Former Orioles pitcher Jim Palmer, who also gained first-ballot entry into the Hall, once called Robinson, "the best player I ever saw."

Starting out in an era when Mays, Aaron, Mickey Mantle and Ted Williams were the big hitters, Robinson more than held his own over 21 seasons. He finished with 1,812 RBIs and hit .294 — he played in the World Series five times, and homered in each of them.

Robinson was the only player to hit a ball completely out of old Memorial Stadium in Baltimore and once connected for grand slams in consecutive innings of a game. But he didn't just slug away, as evidenced by a .389 on-base average boosted by 1,420 walks against 1,532 strikeouts. Extremely alert on the bases, he had 204 steals.

Robinson played the game with grace, yet was known as fierce competitor who combined hard work with natural talent. He crowded the plate, yielding to no pitcher, and didn't seem to care about being brushed back or getting hit by a pitch 198 times.

"Pitchers did me a favor when they knocked me down," Robinson said. "It made me more determined. I wouldn't let that pitcher get me out."

"Frank Robinson might have been the best I ever saw at turning his anger into runs. He challenged you physically as soon as he stepped into the batter's box, with half his body hanging over the plate," Hall ace Bob Gibson once wrote.

"As a rule, I'm reluctant to express admiration for hitters, but I make an exception for Frank Robinson," Gibson wrote.

"The baselines belong to the runner, and whenever I was running the bases, I always slid hard," Robinson declared.

Robinson broke in with a bang as a 20-year-old big leaguer. He tied the first-year record with 38 home runs for Cincinnati in 1956, scored a league-high 122 times and was voted NL Rookie of the Year.

That December, Robinson was the centerpiece in what would ultimately be one of the most lopsided trades in baseball history, going to Baltimore for pitchers Milt Pappas and Jack Baldschun and outfielder Dick Simpson.

Robinson became an instant hit with the Orioles in 1966 as the unanimous AL MVP and a Triple Crown winner.

On May 8, he became the only player ever to hit a home run completely out of Baltimore's home park, Memorial Stadium. The drive came against Cleveland ace Luis Tiant and the spot where the ball sailed over the left-field wall was marked by a flag that read "HERE" that remained in place until the Orioles left for Camden Yards in 1991.

Robinson batted .316 with 49 home runs and 122 RBIs during his first season in Birdland. He then homered in the first inning of the 1966 World Series opener at Dodger Stadium and capped off the four-game sweep of Los Angeles with another homer off Don Drysdale in a 1-0 win in Game 4.

Robinson hit two home runs against the Reds — of all clubs — in teaming with future Hall of Fame third baseman Brooks Robinson to win another crown for the Orioles in 1970.

All told, Robinson was an All-Star in five of his six seasons with Baltimore, reaching the World Series four times and batting .300 with 179 home runs. The cap on his Cooperstown plaque carries on O's logo.

Pappas went 30-29 over two-plus seasons with the Reds, Baldschun won one game in 51 appearances over two years with Cincinnati and Simpson hit five home runs as a part-time outfielder for the Reds during two mediocre seasons.

Robinson was traded to the Dodgers before the 1972 season. He played for the California Angels in 1973 and was dealt to Cleveland late in the 1974 season.

His managerial debut came 28 years after Jackie Robinson broke the MLB color barrier as a player.

"Every time I put on this uniform, I think of Jackie Robinson," Frank Robinson said as he began his new role.

Robinson had coached for the Orioles and worked in their front office when he became their manager in 1988 after the team opened at 0-6. Things didn't get much better right away as Baltimore went on to lose its first 21 games and finished 54-107. The next season, the O's went 87-75 and Robinson was voted AL Manager of the Year.

A no-nonsense guy, Robinson also had a sharp wit. That served him well in Baltimore where, in addition to being a star right fielder, he was the judge for the team's Kangaroo Court, assessing playful fines for missing signs, uniform mishaps and other things he deemed as infractions.

At the time, the Orioles had a batboy named Jay Mazzone, whose hands were amputated when he was 2 after a burning accident. Mazzone capably did his job for years with metal hooks and became good friends with Robinson.

Some players, though, initially weren't sure how to treat the teen.

"Frank Robinson broke the ice," Mazzone said. "He was running his Kangaroo Court and calling a vote among the players, whether to fine somebody or not."

"It was either thumbs up or thumbs down," he recalled. "After the vote, he said, 'Jay, you're fined for not voting.' Everybody laughed. After that, I was treated just like everybody else."

Survivors include his wife, Barbara, and daughter Nichelle.

There was no immediate word on funeral arrangements.