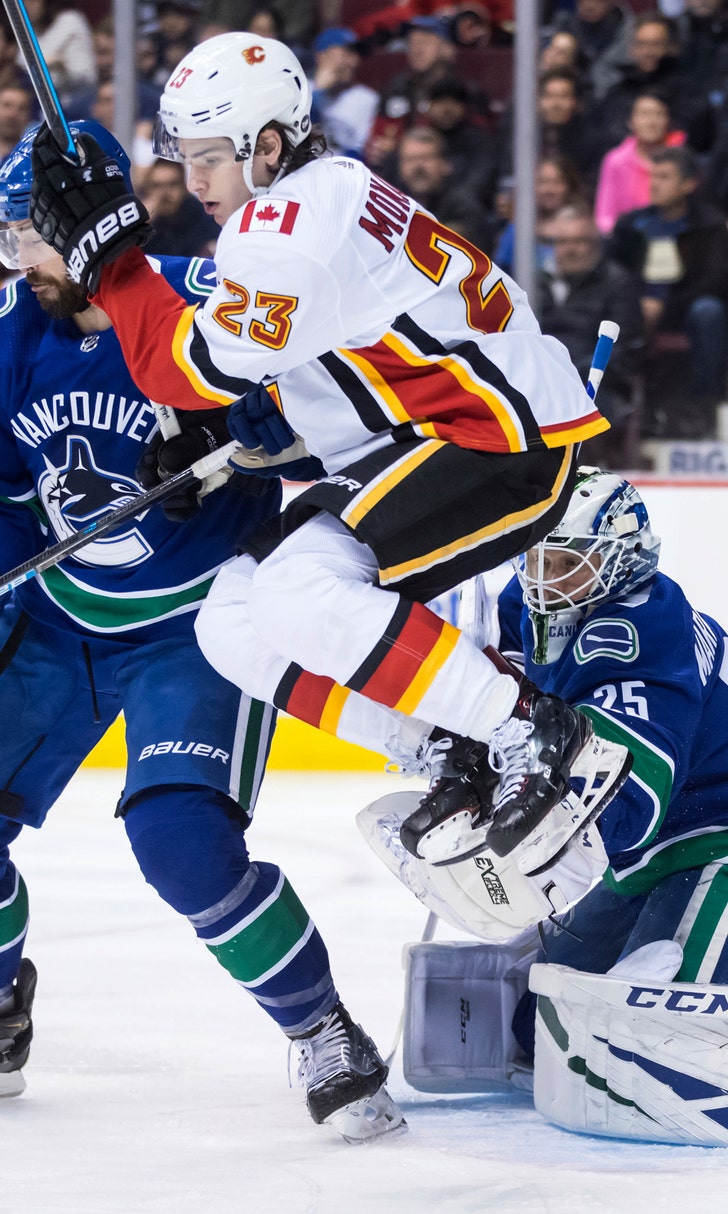 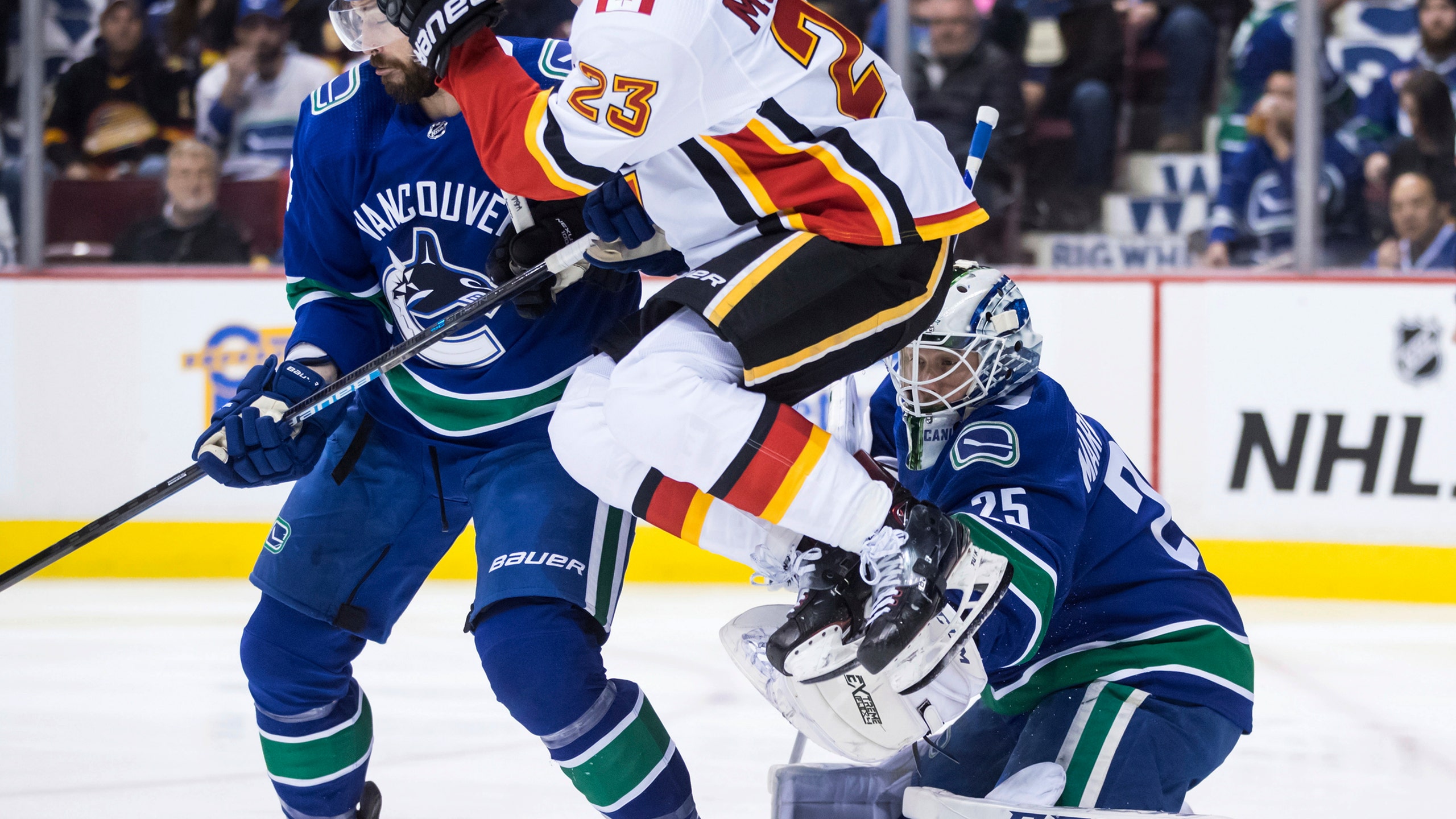 Markstrom stopped 44 of 47 shots and put up three more saves in the shootout, leading Vancouver to a 4-3 victory over the Flames.

"We couldn't have done it without Marky tonight," Horvat said. "He was absolutely sensational, made key saves at unbelievable times of the hockey game and he was a stud in the shootout again. So big credit to him."

Several of his teammates agreed.

"I think (the Flames) were the better team overall, but Marky played really good and kept us in the game," said Vancouver's star rookie, Elias Pettersson, who had a pair of assists and put away the shootout winner.

A pair of the goalie's most memorable stops came against one of the league's top talents.

Johnny Gaudreau streaked into the Canucks' end on a breakaway with just five seconds to go in the first period and released a blistering shot, but Markstrom snatched the puck out of the air.

He repeated the feat late in the third, once again robbing the Flames winger of a goal with a stunning glove save.

"Man, (Markstrom) was dialed in tonight. What am I going to say? He was awesome tonight," Canucks coach Travis Green said.

Markstrom was humble about stopping Gaudreau, who's in the race for the title of the league's top scorer with 75 points this season.

"It was one of those things where you're just trying to make the read and I got the right read and I was fortunate enough to stop it," Markstrom said.

He credited his teammates with playing hard and making sure he was able to keep track of the puck throughout the game.

"They really pinned us down in the second," he said. "But I thought everybody really played for each other. We stood up good when they had pressure coming toward the net."

"It was definitely nice. It was a little longer than I would have liked, but I felt like our line was hemming them in there in the second period and (Noah Hanifin) picked it up and made a nice pass over to me," said Mangiapane, who made his NHL debut in early December. "So it was definitely a good feeling and nice to get it out of the way."

The goal came when the Flames had Markstrom under siege, outshooting the Canucks 17-1.

"The bench was electric when he scored and that was a wonderful shift by the (Derek) Ryan line there. They really worked hard and hemmed them in and had a quality shift," Flames coach Bill Peters said. "That's a proud moment, something he will never forget."

David Rittich had 22 saves for the Flames and made two stops in the shootout.

The victory snapped a three-game losing skid for the Canucks. It was the second straight loss for the Flames, who hadn't lost back-to-back games since Dec. 22.

But Peters said there was a lot to like about how his team played Saturday.

"Definitely had some good looks. There's not a lot of big changes to be made. Power play needed to get one. We had our opportunities for sure. There was some good looks we have to cash in," he said.

Vancouver's win keeps the team firmly entrenched in a battled for a Western Conference wild-card spot.

The squad knows that every game is crucial going forward, Markstrom said.

"Points are going to be hard to come by," he said. "We've got to battle hard for 65-plus minutes. And we did it tonight. Which is a nice win."

NOTES: The Canucks confirmed on Saturday that left-winger Sven Baertschi will be out of the lineup indefinitely. Coach Travis Green said he is suffering from post-concussion syndrome. The team is also missing backup goalie Thatcher Demko, who is out with a knee sprain, and defenseman Alex Edler, who has a concussion. ... Calgary's James Neal was missing some teeth after Saturday's contest. An official collected at least two teeth from the ice after the left-winger caught a high-stick from Vancouver's Alex Biega midway through the third period. Biega was handed a four-minute penalty for the play.