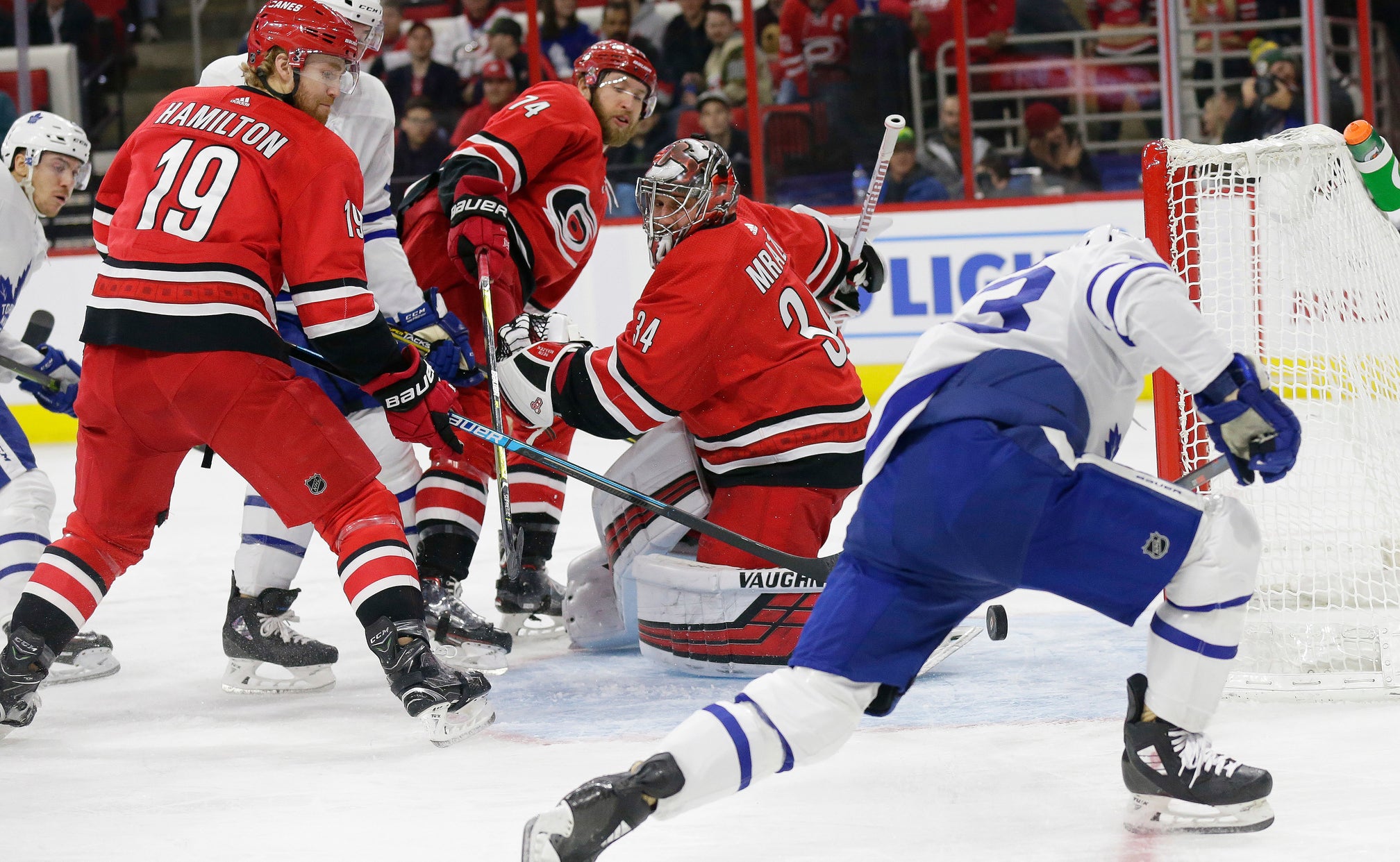 previous story
No. 1 Kansas gets big test against No. 17 Villanova
next story
Another Monday night in Seattle ends with controversy

RALEIGH, N.C. (AP) — William Nylander can't make up for lost time with the Toronto Maple Leafs. That's not going to stop the right wing from trying.

He had a pair of assists and was active all over the ice Tuesday night in Toronto's 4-1 win over the Carolina Hurricanes.

"I'm just trying to get back as fast as possible," Nylander said.

The assists were the first two points of the season for the fourth-year forward. He missed training camp, the preseason and the first 28 regular-season games while holding out for a new contract. He signed a six-year deal worth $41.7 million on Dec. 1, and Tuesday marked his third game back with Toronto.

Justin Williams scored for the injury-depleted Hurricanes, who lost for the fourth time in five games.

The Maple Leafs (21-9-1) started the night with the second-most points in the Eastern Conference. They made do without Nylander, who scored at least 20 goals in each of the previous two seasons.

Nylander didn't have a point in his first two games back, both losses for Toronto. But he helped set up Rielly's go-ahead goal in the second period and then fed Marleau for a pretty 2-on-1 finish in the third.

"Every game is getting better and better," Nylander said.

A little rust and learning curve was expected by his teammates.

"He played no preseason games and he's playing against guys who are in midseason form," Rielly said. "It's a tough situation to come into, but he has done a great job. He has worked very hard. He's happy to be back and we're happy to have him back."

With their top-end talent, the Maple Leafs overwhelmed Carolina. They had a 13-3 advantage in shots through the first half of the first period and dominated the opening stanza. Ennis flipped in a loose rebound for a 1-0 lead at 8:35.

A double-minor penalty for high-sticking on Nylander in the first slowed some of Toronto's momentum. The Maple Leafs were able to kill off the penalty but couldn't build on their early lead.

Williams was able to beat Andersen for a power-play goal at 12:44 in the second period to tie it at 1.

The Hurricanes played without center Jordan Staal (concussion) for the second straight game. Top scorer Michael Ferland, who missed the previous four games with a concussion, didn't make it out of the first period. He missed the final two periods with what the team called an upper-body injury.

"We were playing one of the best offensive teams in the league and we needed everyone on board," Carolina coach Rod Brind'Amour said.

Rielly broke the tie at 13:51 of the second, only 67 seconds after Williams' goal, with a pass that went past Carolina goalie Petr Mrazek (25 saves) and off the stick of one of his own defensemen.

Rielly was trying to feed Andreas Johnsson but Carolina's Dougie Hamilton got his stick on the puck and pushed it past Mrazek.

Nylander stretched Toronto's lead in the third period. He set up Marleau for an easy finish of a 2-on-1 break at 5:49.

Toronto coach Mike Babcock said the team will be patient with Nylander as he tries to get up to full speed.

"It's going to take him time," Babcock said.

Nylander, however, is already finding a way to help.

NOTES: The Hurricanes were just happy to be home safely after a three-game road trip. Their charter plane had to make an emergency landing in Tulsa, Oklahoma, early Saturday morning on the way back from a 4-1 win at Anaheim. The team and flight personnel could smell smoke in the cabin. The plane eventually returned safely to Raleigh. "I've never been through anything quite like that," Hurricanes forward Jordan Martinook told the Raleigh News & Observer. "Whenever you smell smoke you get a little worried. We went down pretty quick from whatever, 35,000 feet, and landed pretty fast. Check that one off the bucket list, I guess."

Hurricanes: Play at Montreal on Thursday. 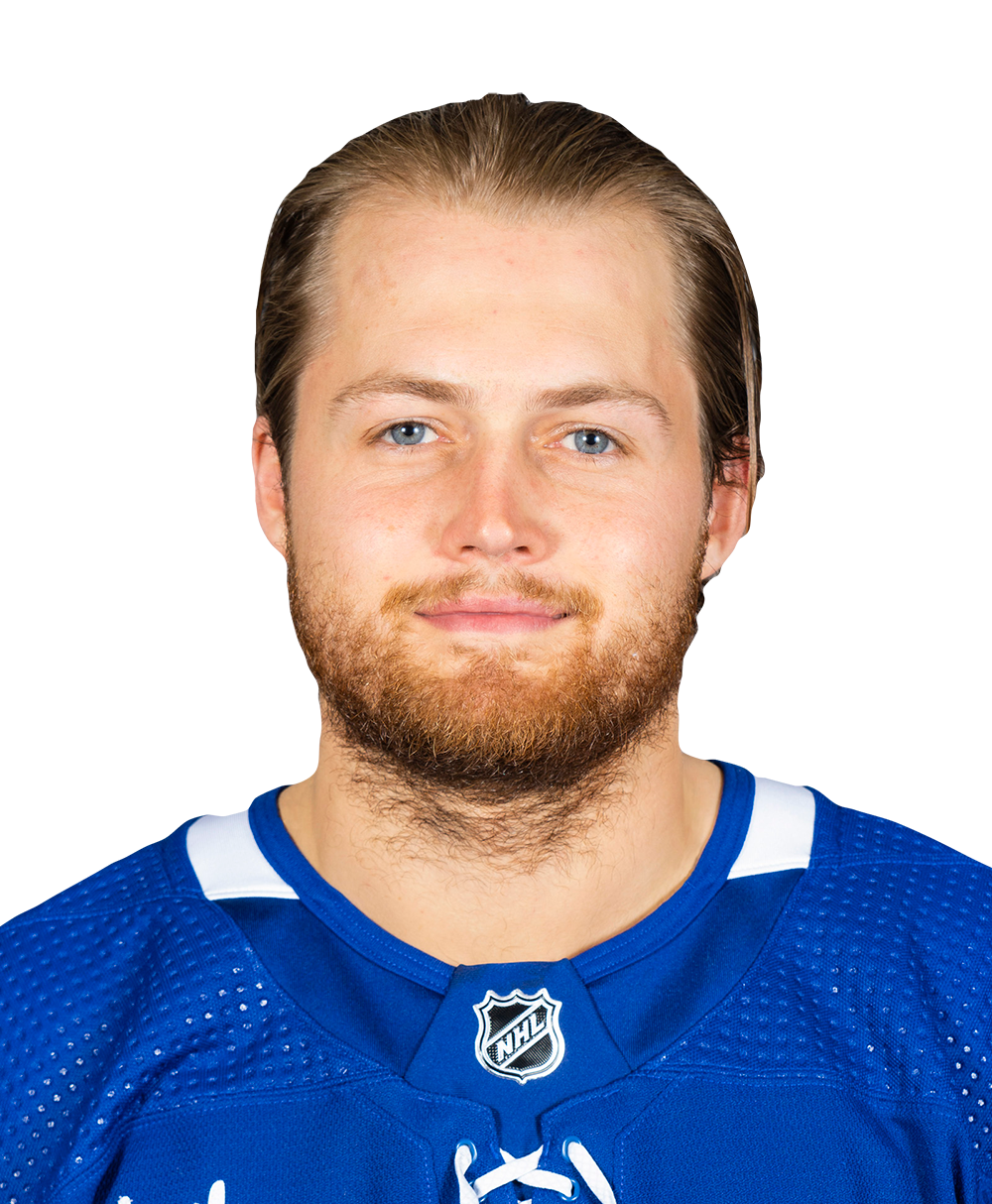