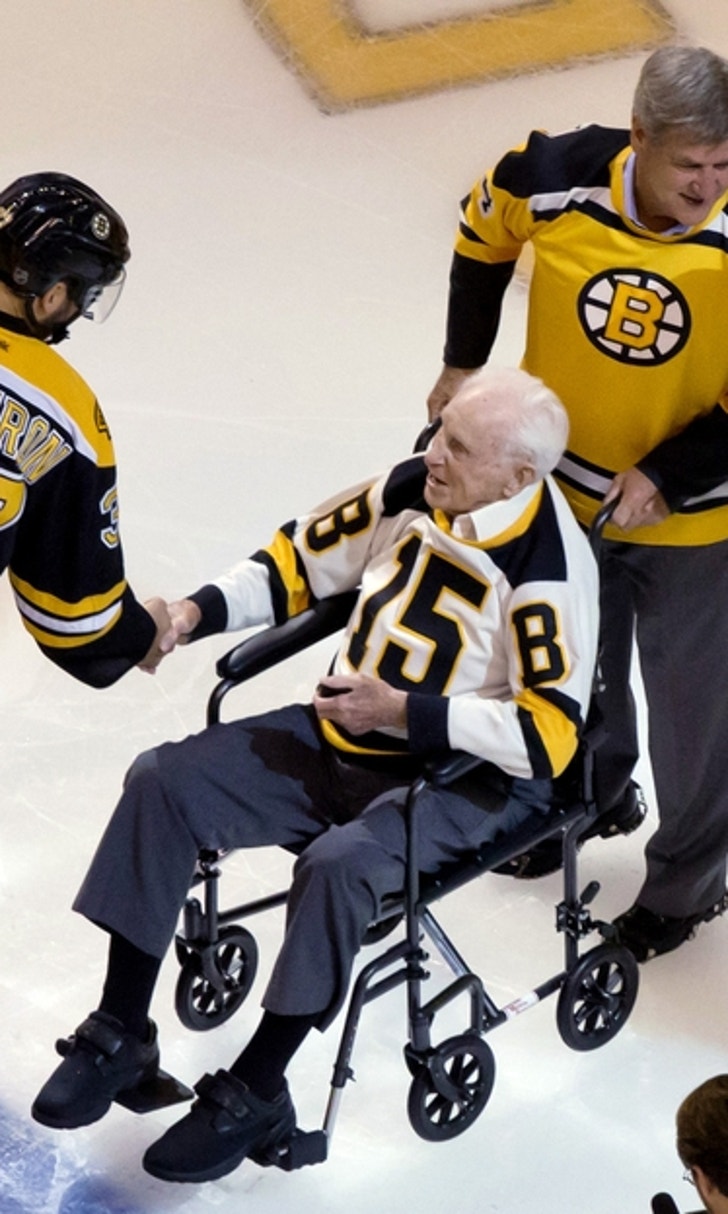 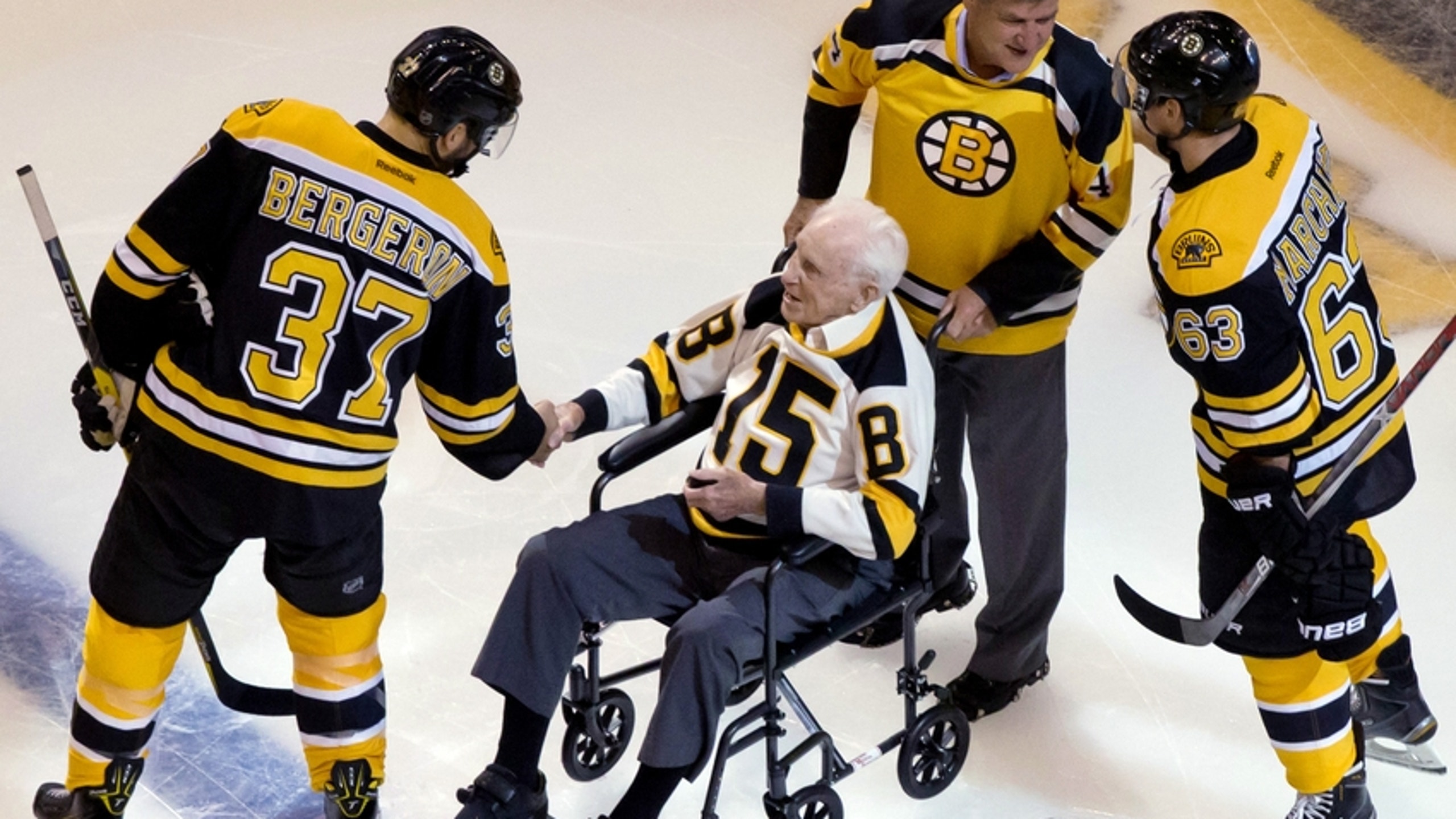 Hockey is a sport with a deep history. 2017 represents the NHL’s centennial anniversary as a league. It has seen countless players, coaches, and general managers come through. But very few people have seen success as a player, head coach, and general manager. One of those people, the late Milt Schmidt, passed away yesterday at the age of 98 years old.

It’s easy to overlook him, as the Boston Bruins are an Original Six team and they’ve had some amazing players over their history. But don’t underestimate his influence, not just on the Bruins, but on the league as well. Schmidt captained Boston for four years and led them to two Stanley Cups as a player. As a coach, he took them to the Stanley Cup Finals twice and also coached the Washington Capitals for 44 years back when they were an expansion team.

However, his best work came as a general manager. Schmidt helped the Bruins win two Stanley Cups and made some lopsided trades in favor of Boston. At the end of the day though, he will be remembered as being one of the kindest, most gentle souls the league has ever known. A stick tap to one of the greatest players and human beings of all-time, Milt Schmidt.

Jets rookie Patrik Laine reclaimed the goal scoring throne for rookies with his 21st goal of the year. Bryan Little had two assists while Connor Hellebuyck had one of the best games of his young career, stopping 31 of the 32 shots he faced. The Florida Panthers lone goal came from Greg McKegg, his first goal of the season.

Max Pacioretty got two goals, including the overtime winner for the Montreal Canadiens. In the process, he set the franchise record for overtime goals. Sure, overtime wasn’t a thing for most of their history, but still quite impressive. Phillip Danault and Shea Weber each got two assists for Montreal while Nathan Beaulieu had a three-point night. The Dallas Stars had goals from Tyler Seguin, John Klingberg, and Esa Lindell.

The third period featured six of the seven combined goals scored, including four by the New York Rangers. Michael Grabner and Kevin Hayes each scored two goals for the blue shirts. Henrik Lundqvist stopped all but two of the 32 shots he saw. The Philadelphia Flyers got two goals from Jakub Voracek, who now has 13 goals this season.

Don’t look now, but the Vancouver Canucks have won five straight games. They still have some work to do, but they’re just a point out of a playoff spot. Ryan Miller made 22 saves to pick up his first shutout of the season and the 37th of his career.

The Colorado Avalanche are bad. Rinse, lather, repeat. Patrick Wiercioch picked up Colorado’s lone goal of the night. Meanwhile, the Calgary Flames got goals from Johnny Gaudreau, Kris Versteeg, Mikael Backlund, and Alex Chiasson. Captain Mark Giordano got two assists and so did fellow defenseman T.J. Brodie. Brian Elliot saved all but one of the 18 shots he faced. He’s starting to look much more like the dominant goalie from last season.

John Gibson got the shutout, stopping all 23 shots he saw. Antoine Vermette notched two assists for his sixth multipoint game of the season. Nick Ritchie and Ondrej Kase got the goals for the Anaheim Ducks.

Thursday will feature seven games on the schedule. The must watch game of the night features the Columbus Blue Jackets visiting the Washington Capitals. Columbus has the opportunity to tie the NHL record for longest win streak. Beyond that, the game features two of the best teams in the league.

Another intriguing matchup features the Boston Bruins hosting the Edmonton Oilers. It will feature Connor McDavid and David Pastrnak taking their respective teams into battle. Two of the best goal scorers in the NHL will go at it. Two of the hottest teams go at it when the San Jose Sharks host the Minnesota Wild.

Thursday’s schedule also features the Nashville Predators visiting the Tampa Bay Lightning in a battle of two teams who find themselves out of the postseason if the season ended today. The Carolina Hurricanes visit the St. Louis Blues while the Buffalo Sabres visit the Chicago Blackhawks. Meanwhile, the Los Angeles Kings will host the Red Wings in Detroit’s second game in as many nights.

Colorado Avalanche
share story
those were the latest stories
Want to see more?
View All Stories
Fox Sports™ and © 2021 Fox Media LLC and Fox Sports Interactive Media, LLC. All rights reserved. Use of this website (including any and all parts and components) constitutes your acceptance of these Terms of Use and Updated Privacy Policy. Advertising Choices. Do Not Sell my Personal Info