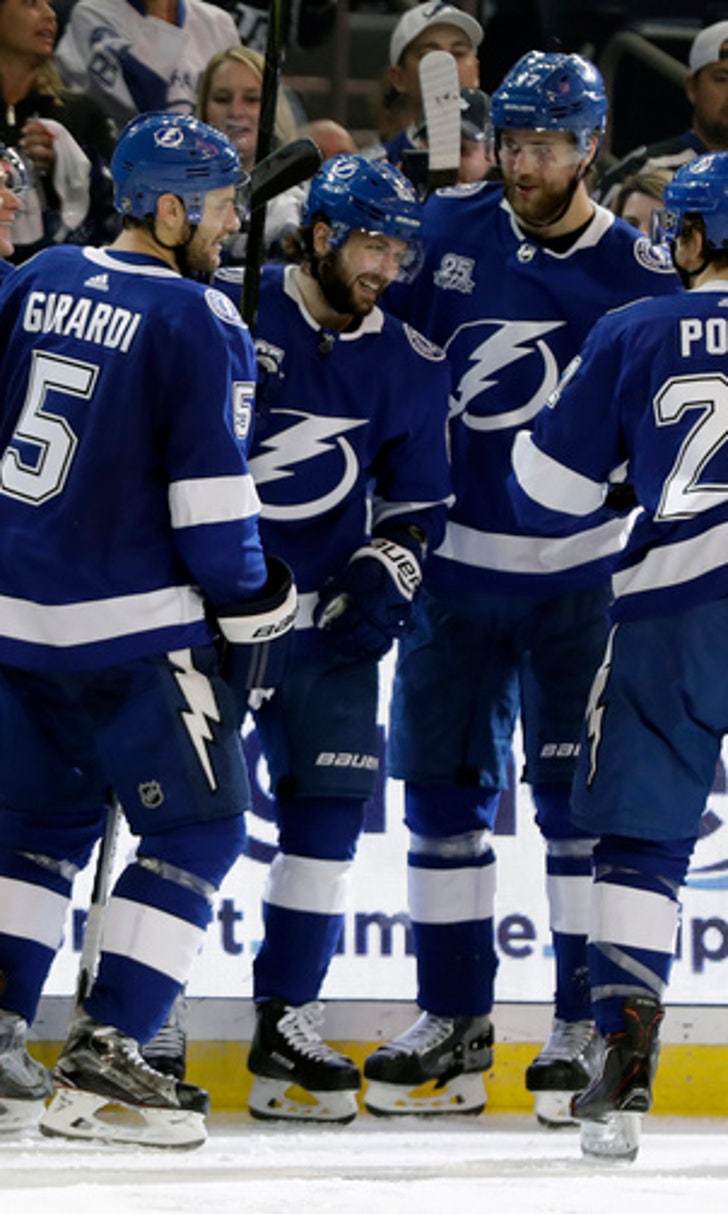 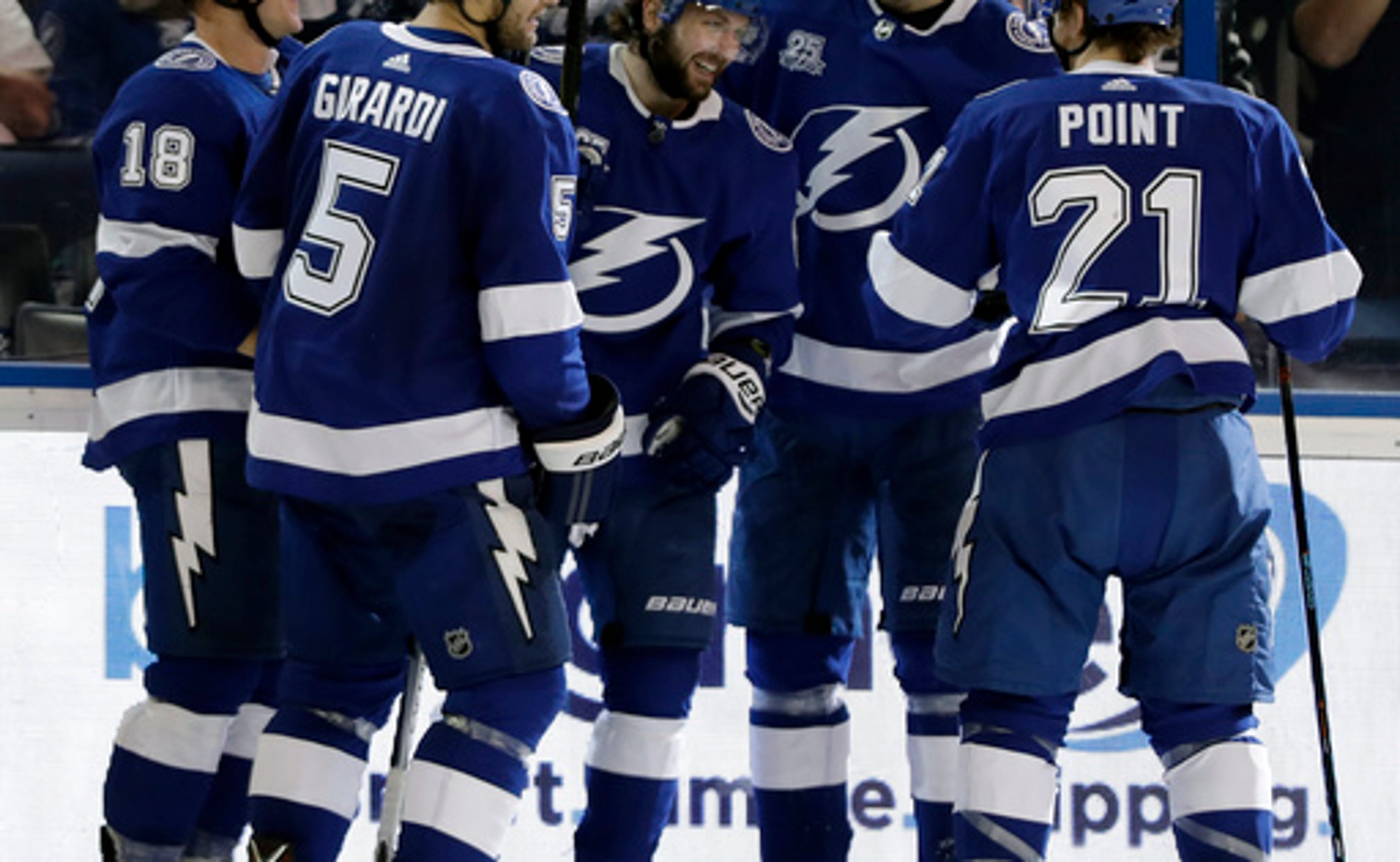 Kucherov became the second player in the NHL to reach 100 points this season, and the Lightning took a two-point lead in the Atlantic Division by beating the Buffalo Sabres 7-5 Friday night.

Kucherov scored in the first period and got his 100th point assisting on Dan Girardi's goal 1:04 into the second that gave Tampa Bay a 4-2 lead.

''It's something special,'' Kucherov said. ''I'll definitely remember it the rest of my life.''

Edmonton's Connor McDavid tops the league with 106 points. According to the NHL, this is the first season since 2009-10 with multiple 100-point players.

Tampa Bay can wrap up the division title and the best record in the East with a win in its season finale Saturday night at Carolina, or a loss by second-place Boston in either of its final two games.

''Is there anything else that needs to be said?'' Lightning coach Jon Cooper said. ''Win a hockey game, win the division.''

The Lightning played their second consecutive game without center Steven Stamkos (lower-body injury), who is expected to be back for the playoffs.

Casey Mittelstadt and Alexander Nylander each got his first NHL goal for the last-place Sabres. The Elias Sports Bureau says it was first time two Buffalo players got their first goals in the same game since May 3, 1995, when Curtis Brown and Wayne Primeau accomplished the feat.

''We made too many mistakes,'' Mittelstadt said.

After Girardi scored, Buffalo got goals from Pominville, Nolan and Okposo, during a power play, to go ahead 5-4 after the second period.

The Lightning rallied on third-period goals 47 seconds apart by Cirelli (6:15) and Point (7:02) in taking a 6-5 advantage. Hedman added an empty-netter.

''We didn't play well in the second and came back in the third, and played the right way,'' Kucherov said.

''I thought, maybe, we got a little passive,'' Eichel said.

Cirelli and Kucherov also had first-period goals for the Lightning, while Mittelstadt, on the power play, and Nylander scored the Buffalo goals.

Sabres: Close out the regular season Saturday night at Florida.

Lightning: Will look to extend their franchise-record breaking road win total to 26 against the Hurricanes.