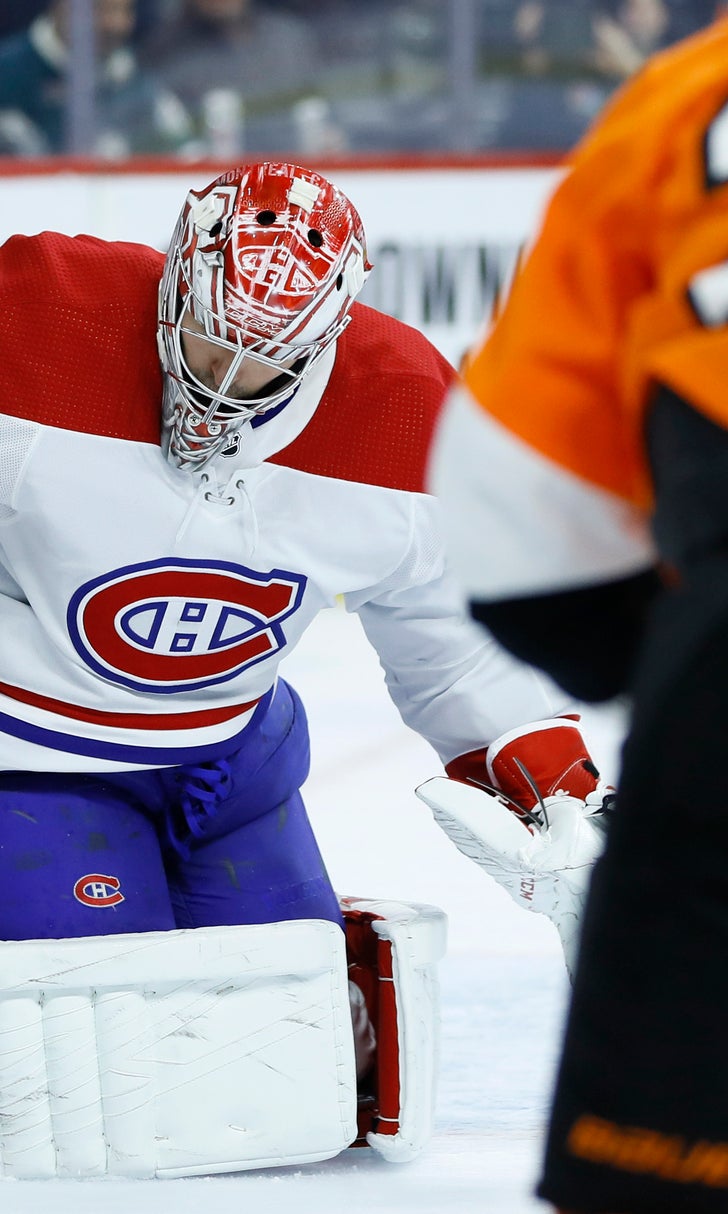 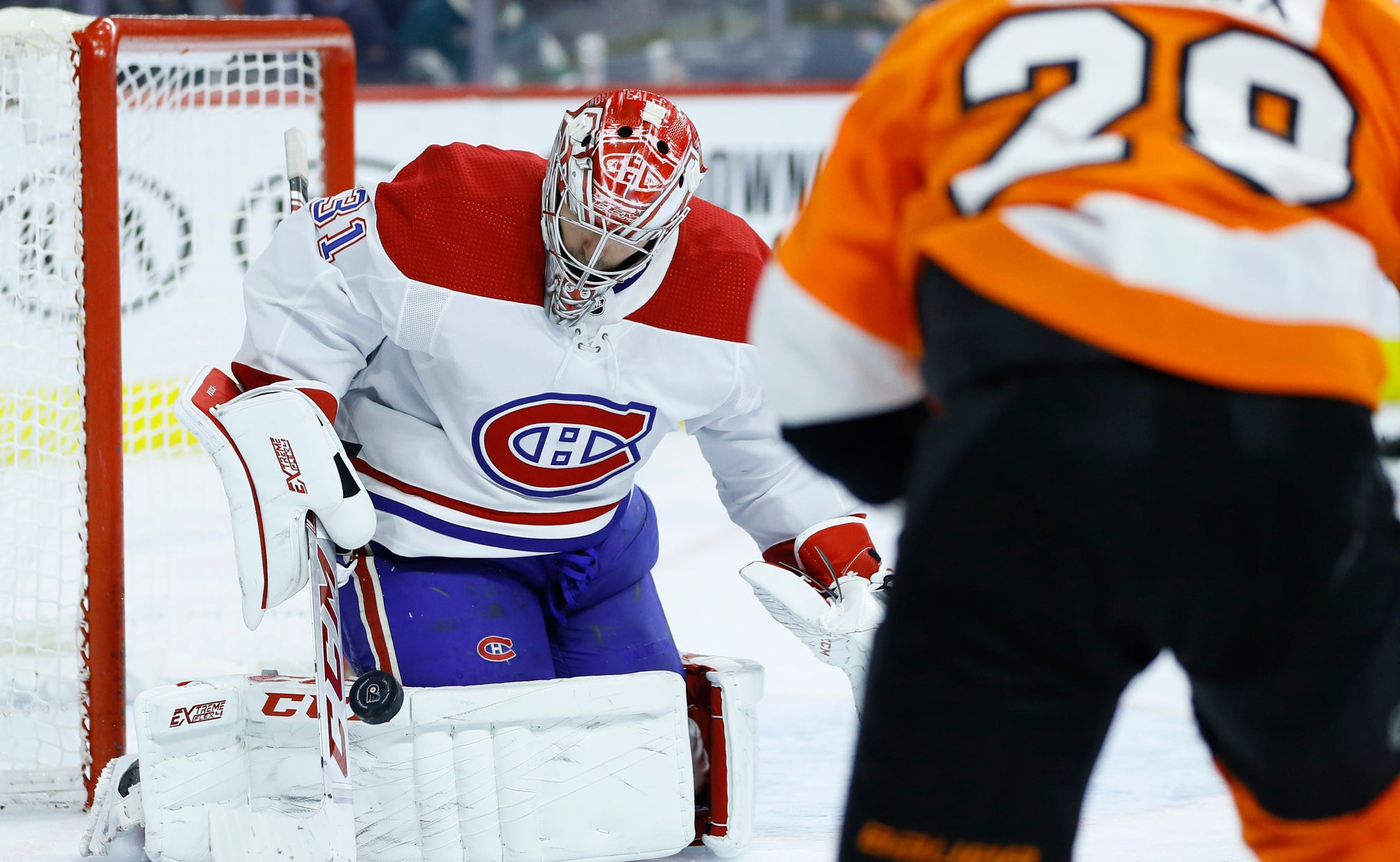 previous story
Koepka tied for 3rd in Abu Dhabi in return from knee injury
next story
Sanó's deal with Twins could be worth $44.25M over 4 years

PHILADELPHIA (AP) — A few quick strikes and a rock-solid performance between the pipes by Carey Price is exactly what the Montreal Canadiens needed to remain within shouting distance in the Eastern Conference playoff race.

Ilya Kovalchuk scored twice while Price recorded 40 saves as the Montreal Canadiens avoided a season series sweep with a 4-1 win over the Philadelphia Flyers on Thursday night.

Coming off a frustrating 4-1 loss to Chicago at home on Wednesday, the Canadiens were able strike fast at the start of the second period to help their veteran netminder.

“We responded really well,” said Kovalchuk, who has three goals and four assists in seven games since signing with Montreal on Jan. 3. “Carey was big tonight. He was our best player.”

Price stopped a two-man short-handed breakaway early in the second period to keep the game tied at 1, just seconds before Kovalchuk took a deflected Shea Weber shot from the point and slammed it into the open left side of the net to break the deadlock.

Just 11 seconds later, Artturi Lehkonen tipped a pass into the slot from Phillip Danault between backup goaltender Alex Lyon’s pads to give Montreal a 3-1 lead. After that, the Flyers never were able to generate high percentage scoring chances in front of Price.

“There’s no doubt that those two goals really helped us settle down,” Montreal coach Claude Julian said. “Our response tonight after a disappointing game was good.”

A series of wins over Washington, Boston and St. Louis — three of the leading teams in the NHL standings — had given the Flyers a playoff spot. However, they played with heavy legs at times on the second game of a back-to-back following Wednesday’s win over the Blues in St. Louis.

“Sometimes after an emotional one, it's tough to get up the next day,” Flyers captain Claude Giroux said. “But it's no excuses. We didn't play our game, we didn't play well, and it's two points that we let go here.”

Price recorded his third straight win, stopping 112 out of 114 shots during that stretch.

“We were not pleased all around about last night,” said Price, who sat out Wednesday night against the Blackhawks. “It is never easy coming on the road in a back — to back, but I thought we did a great job.”

Tomas Tatar scored his 17th goal of the season to tie the game at 1 late in the first period, Kovalchuk added the final score midway through the third period for Montreal, who find themselves six points behind Columbus for the second wild-card spot in the Eastern Conference.

Joel Farabee broke a 17-game scoreless drought with his fourth goal of the season to give the Flyers a brief lead in the first period. Lyon recorded 36 saves in his first NHL action since starting goaltender Carter Hart was injured earlier in the week.

NOTES: The Flyers recalled Farabee earlier on Wednesday to replace Chris Stewart. Philadelphia has been forced to do a number of roster moves and juggling because of the abdominal injury to Hart and a tight salary cap situation. Hart is expected to miss two to three weeks — a timeframe mitigated somewhat due to the All-Star break and the Flyers post-break bye. … The win moved Montreal coach Claude Julian into a tie with Ron Wilson for 13th place on the list for most wins as an NHL head coach with 648. … Kovalchuk’s two goals brought his career total to 27 in 52 games against the Flyers.