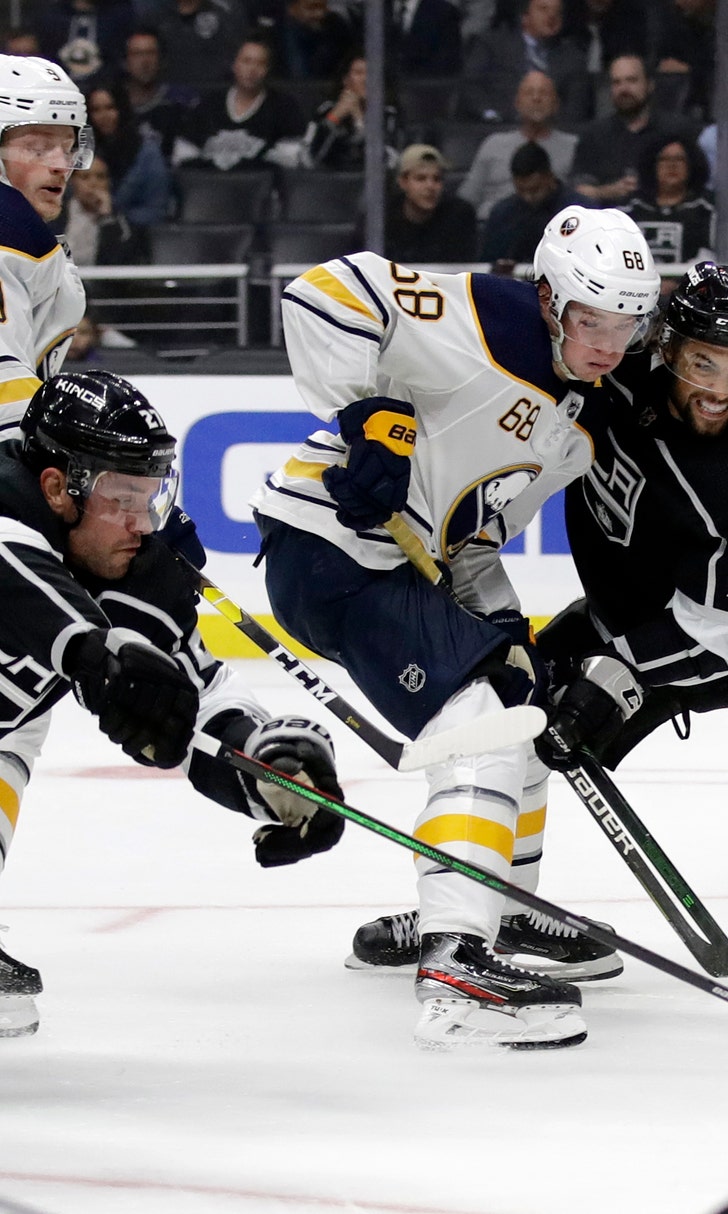 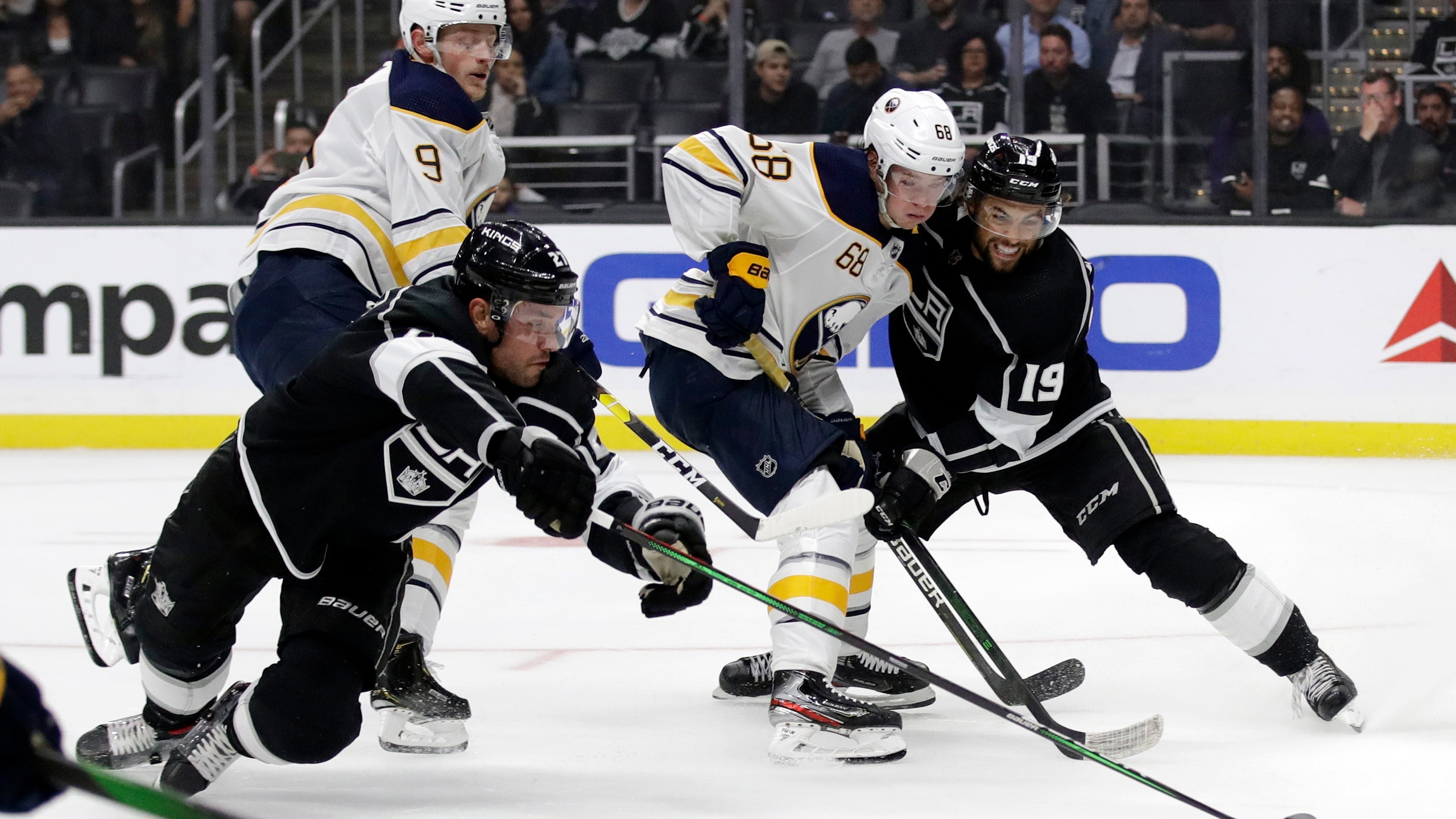 Put the teams together and the result is predictable.

Hutton set a Buffalo record for saves in a shutout with 47 and recorded his second straight shutout in a 3-0 win over the Kings on Thursday night.

"I think the main thing is he's just so calm all the time no matter what's going on," Sabres center Casey Mittelstad said of Hutton. "The game can be chaos, and you look back and he's always calm and relaxed, and he does a great job."

Mittelstadt scored twice and Conor Sheary also scored for the Sabres, who bounced back from their first regulation loss of the season at Anaheim on Wednesday.

Jack Campbell made 21 saves for the Kings, who were shut out in the second straight game and have lost three straight.

The Sabres took a 1-0 lead at 2:36 of the first period on Mittelstadt's first goal of the season, a one-timer in the left circle on a pass from Jimmy Vesey.

Sheary pushed the lead to 2-0 at 5:20 on another one-timer, his coming in the right circle from Mittelstadt. Sheary had missed the previous four games because of an upper-body injury.

"We were pretty due," Mittelstadt said of his line with Vesey and Sheary. "The last few games we had quite a few chances, especially the last couple, even though Shears was out. But played with him enough that it's pretty easy to pick up where we left off. I think we've done a lot of good things, and it was good to see a few go in."

Buffalo made it 3-0 at 2:32 of the second period when Mittelstadt scored on the power play for his first career multi-goal game. He got positioning in front of Kings defenseman Alec Martinez in the crease and put away a pass from Rasmus Ristolainen.

That was plenty of support for Hutton, who stopped 25 shots in a 4-0 win against Dallas on Monday. He improved to 5-0-0 and has not allowed a goal in his past 128:36 of game action.

Hutton's biggest save came when the Kings had a two-man advantage for 1:32 late in the second period and to start the third. He denied a tap-in by Jeff Carter from close range 1:12 into the third period, allowing the Sabres to regain their composure after a frantic second period.

"You can't really let your guard down," said Hutton, who broke Chad Johnson's previous Sabres record of 44 saves in a shut out of Anaheim on Dec. 17, 2015. "You never think you're unbeatable by any means, right. They had a lot of chances and stuff."

Kings coach Todd McLellan was optimistic his team will be able to break a scoreless streak of 135:36 soon enough. The more pressing concern to the first-year coach were the numerous breakdowns that seemed to center around veteran forward Ilya Kovalchuk, who was on the ice for both even-strength goals and committed all three Los Angeles penalties.

McLellan took Kovalchuk to task for missing two slap shots on the power play and was even more frustrated with his defensive play.

NOTES: The Sabres won their third straight game against the Kings, something they had not done since winning three in a row Oct. 23, 2003-Jan. 14, 2006. Buffalo has also won consecutive games in Los Angeles for the first time since March 12, 1994, and March 13, 1996. ... Kings forward Tyler Toffoli played in his 200th consecutive game.

Sabres: Visit the San Jose Sharks on Saturday in the finale of their three-game trip.

Kings: Host the Calgary Flames on Saturday to wrap up their five-game homestand.