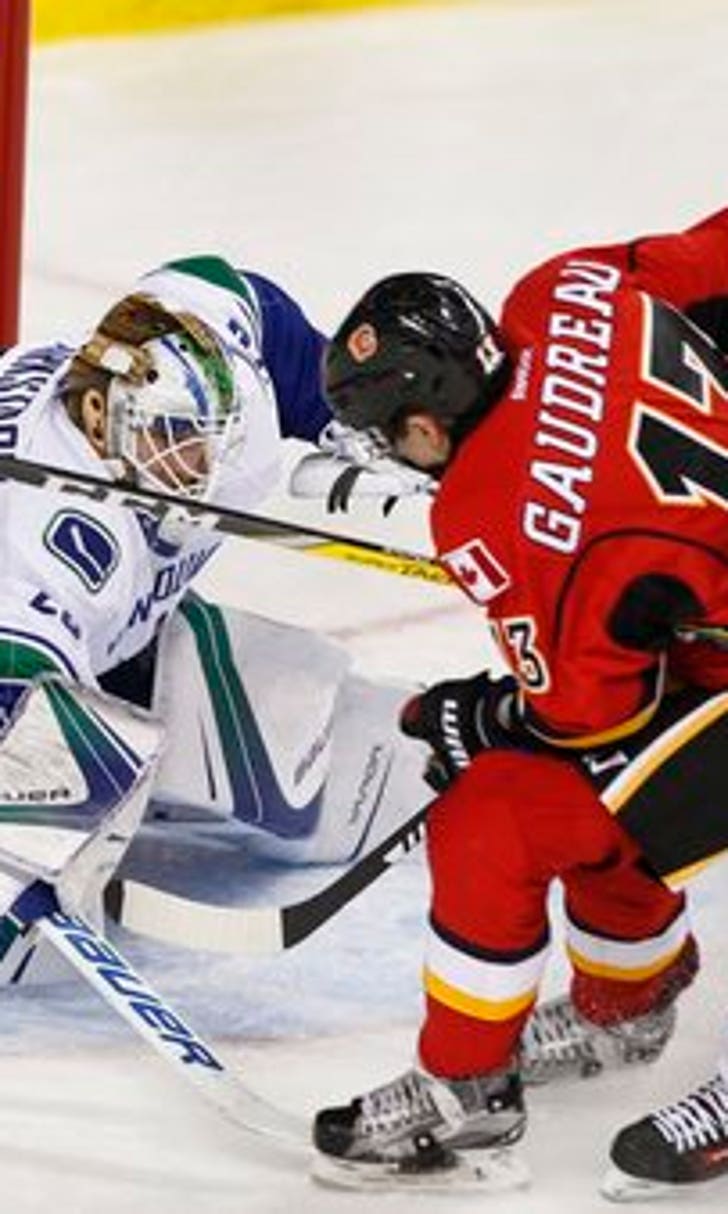 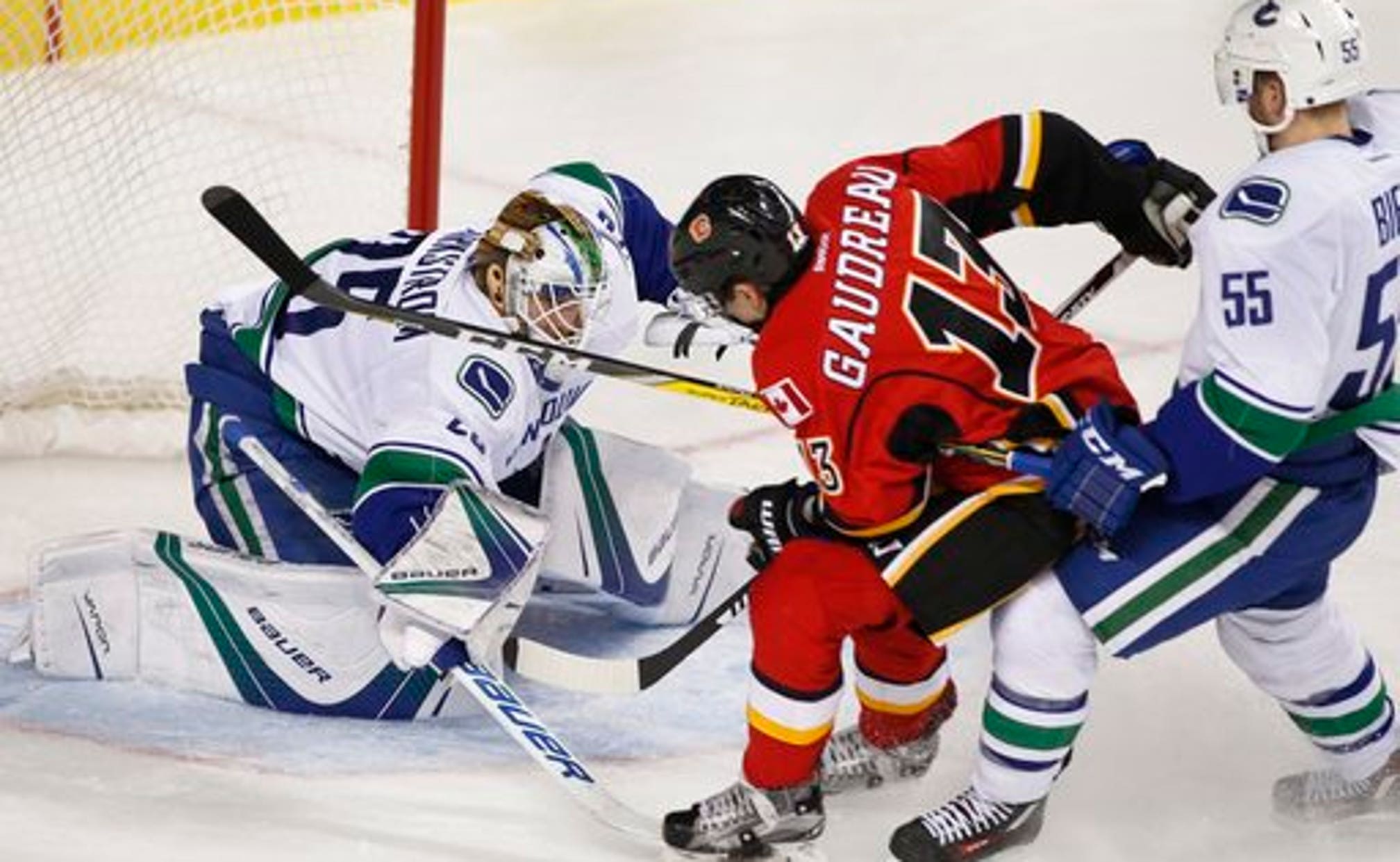 The defenseman scored on the power play and added a short-handed goal less than 10 minutes later in the second period to lead the Flames over the Vancouver Canucks 4-1 on Friday night.

Down 1-0 after 20 minutes despite outshooting Vancouver 16-5, the Flames kept coming and Giordano tied it 2:34 into the second when he was set up in the slot by Mikael Backlund. It was the team's 14th goal with the man advantage in December after Calgary scored only eight times with the extra man in the season's first two months.

''We came in down after the first but it didn't feel like we were down. We were carrying the play,'' said Giordano, the Flames' captain. ''They caught a really fortunate break on their goal. We stuck with it.''

Giordano put the Flames ahead for good at 11:15 when he went to the net and had Michael Frolik's rebound go in off him.

The goals came during a stretch of more than 16 minutes when the Canucks went without a shot on goal. The Flames outshot Vancouver 37-14 overall.

''(Giordano) was fantastic,'' Calgary coach Glen Gulutzan said. ''He had a hard assignment. Him and Dougie (Hamilton) played against the Sedin line and I thought they did a great job.''

Giordano has four goals in his last nine games after scoring just once in the first 27 games. Going back to Nov. 15, when he was paired with Hamilton, Calgary has gone 13-6-1.

''The effort is always there with Gio. I just see with Gio, like I see in all the players, more comfort in what we're trying to do and the system we're playing,'' Gulutzan said.

Backlund and Matthew Tkachuk, into an empty net, also scored to help Calgary (18-16-2) head into the Christmas break 8-3-0 in its last 11 games. Backlund added two assists, as did Hamilton and Frolik.

Nikita Tryamkin scored his first goal of the season for the Canucks (14-18-3), who limped into the holidays 2-5-1 in their last eight games.

''The execution was off. Our battle level was not high enough and as a team we didn't play well enough,'' Vancouver center Henrik Sedin said. ''And our line needs to be a lot better.''

The only goal of the first period came at 11:35 when Tryamkin's shot hit the skate of Flames forward Kris Versteeg and fluttered high in the air, dropping into the net behind an unsuspecting Brian Elliott.

It was the only puck to get past Elliott, who won his second straight after going more than seven weeks without a victory.

''It feels great just to get back in there and play some games,'' said Elliott, who has seen Chad Johnson take over the No. 1 job. ''I've seen a lot and I've been around long enough to know that you keep working hard and things turn your way once in a while. They have the last couple games and I'm going to try to keep it going.''

''We didn't have much,'' Canucks coach Willie Desjardins said. ''We were fortunate to get the first one, (Markstrom) played good for us and that's probably the only positive things we had on the night.''

NOTES: Calgary RW Troy Brouwer left the game after being hit in the hand on a dump-in by Versteeg late in the first period. Brouwer did not return and the team will take a look at X-rays, Gulutzan said. ... Four of Calgary's 2011 draft picks played in the game: Vancouver's Sven Baertschi and Markus Granlund, and the Flames' Tyler Wotherspoon and Johnny Gaudreau. ... Wotherspoon made his season debut after being recalled from the AHL two weeks ago. ... Both of Tryamkin's goals in the NHL have come at the Saddledome.