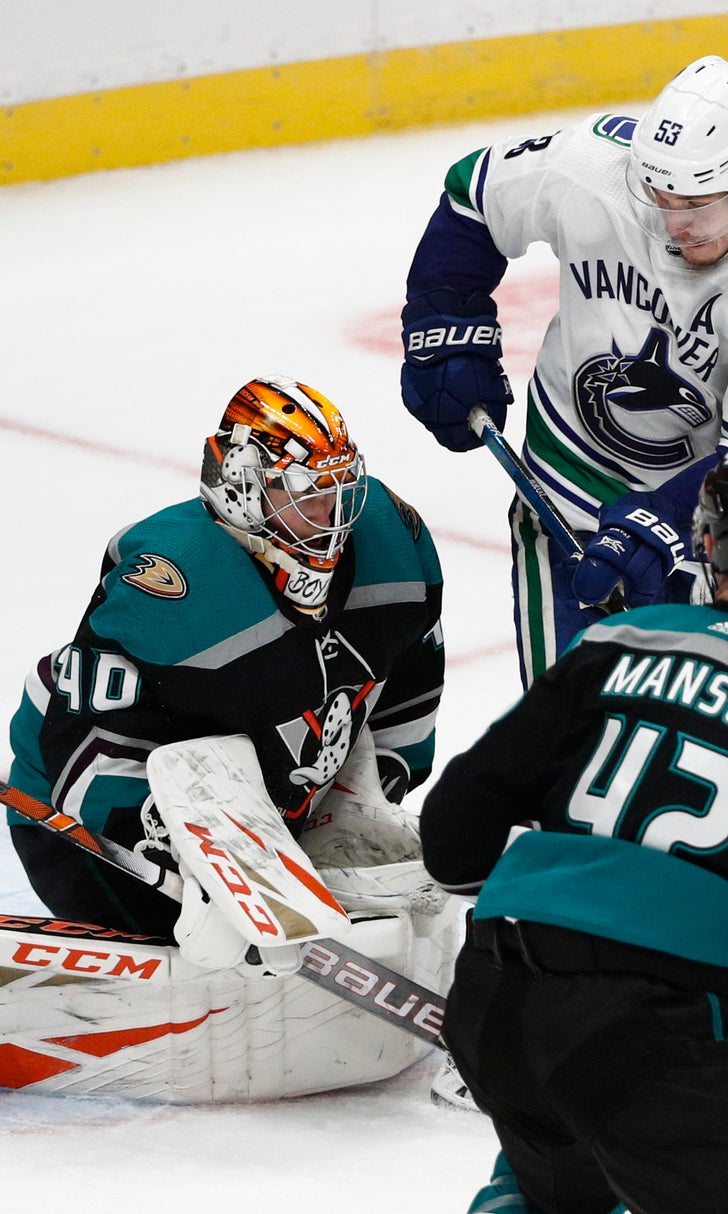 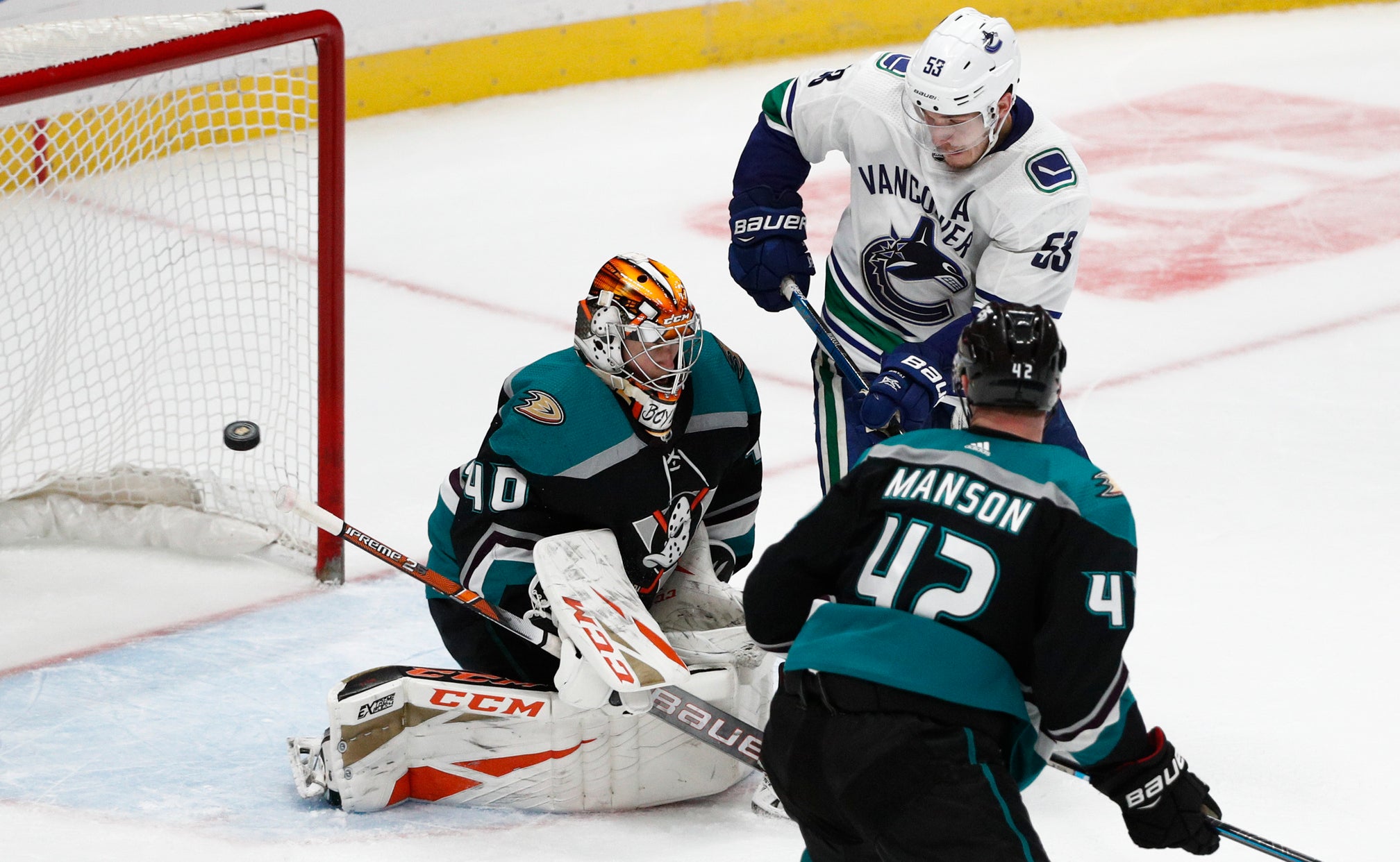 ANAHEIM, Calif. (AP) — A fresh start was exactly what the Anaheim Ducks needed.

Jakob Silfverberg scored to help Anaheim end a seven-game losing streak, a skid which prompted Murray to fire coach Randy Carlyle on Sunday and take over for the rest of the season.

The 64-year-old Murray had never coached professionally at any level but got the response he had been looking for, with Silfverberg scoring 6:30 into the first period to give the Ducks their first lead since getting the opening goal in a 5-1 loss at St. Louis on Jan. 23.

"If you look at it, it wasn't a clean game from us," Silfverberg said. "We can always improve, but at the same time we'll take a win however it looks right now. Hopefully this will get a huge load off our back and we can start building off this."

Anaheim didn't offer much aesthetically, generating one shot during three power-play opportunities and often struggling to cleanly get the puck out of its own zone. But the Ducks did play with a feisty edge throughout the increasingly chippy game, showing the emotion and pushback Murray believed had been lacking as they dropped 19 of their previous 21 games to plummet into last place in the Western Conference.

Veteran forward Ryan Kesler got into a fight with Josh Leivo less than two minutes after Silfverberg scored, and Ducks captain Ryan Getzlaf scrapped with Erik Gudbranson in the second period.

Silfverberg felt the Ducks channeled that passion in the right way to earn their first victory since a road win over New Jersey on Jan. 19.

"Emotion is something we've been kind of missing, but at the same time you got to do it the right way," Silfverberg said. "You can't just go out there and try to look to run guys over cause then you're going to be spending the rest of the game in the penalty box and you're not going to have any fun."

Murray certainly seemed to be making the most of his unexpected time on the bench, offering a sheepish grin when he was shown on camera to start the game. Despite delegating tasks such as line changes to assistants Mark Morrison and Marty Wilford, Murray admitted the game was much faster from his new vantage point after years of watching from up high.

"I always told you it's very easy upstairs, but it was good," Murray said. "I enjoyed being around the guys and, again, tonight everything was positive so it was easier."

It helped that Murray had the benefit of Boyle, a 26-year-old undrafted rookie, joining John Gibson as the second Ducks goalie to record a shutout in his first NHL start.

Boyle made a series of difficult saves and caught a break when Canucks rookie Elias Pettersson hit the crossbar with a powerful slap shot during a power play in the first period.

"If you didn't watch what pucks went in the net tonight, you would've been really happy with our game," Canucks coach Travis Green said.

Jacob Markstrom made 21 saves for Vancouver, which has lost four straight road games.

NOTES: Ducks D Cam Fowler played in his 595th game for Anaheim, passing Ruslan Salei for most appearances by a defenseman in team history. ... Gibson was placed on injured reserve because of back, neck and head injuries.