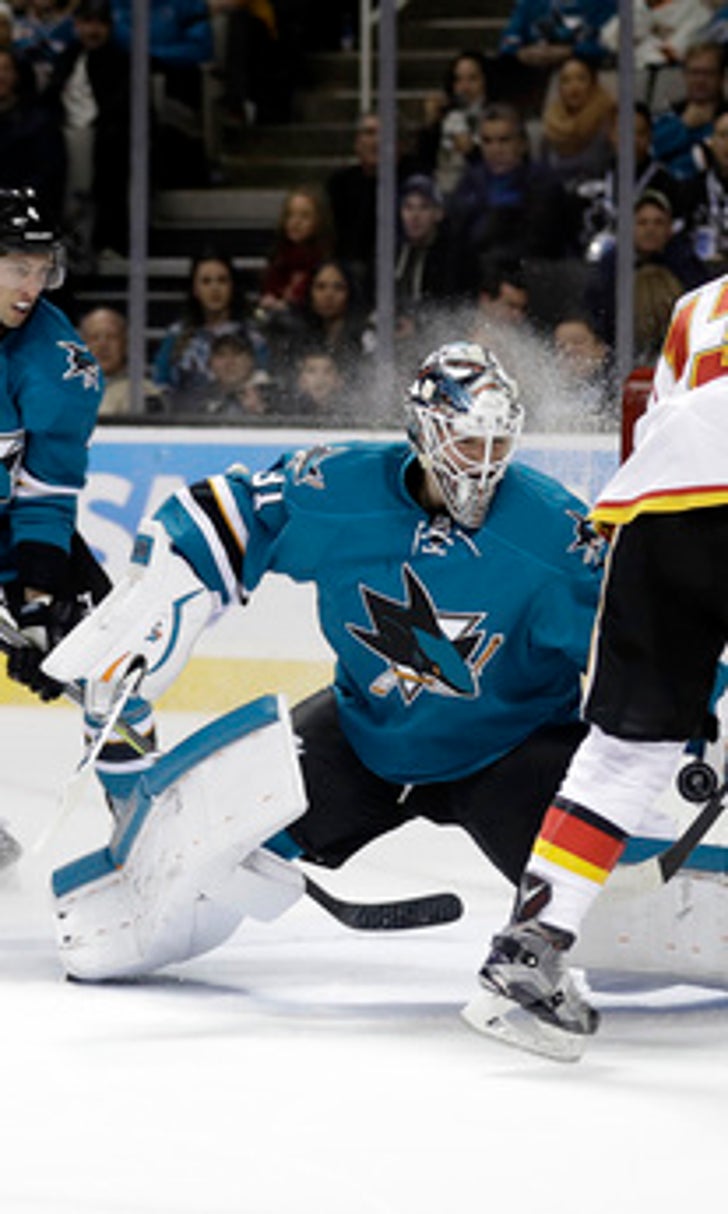 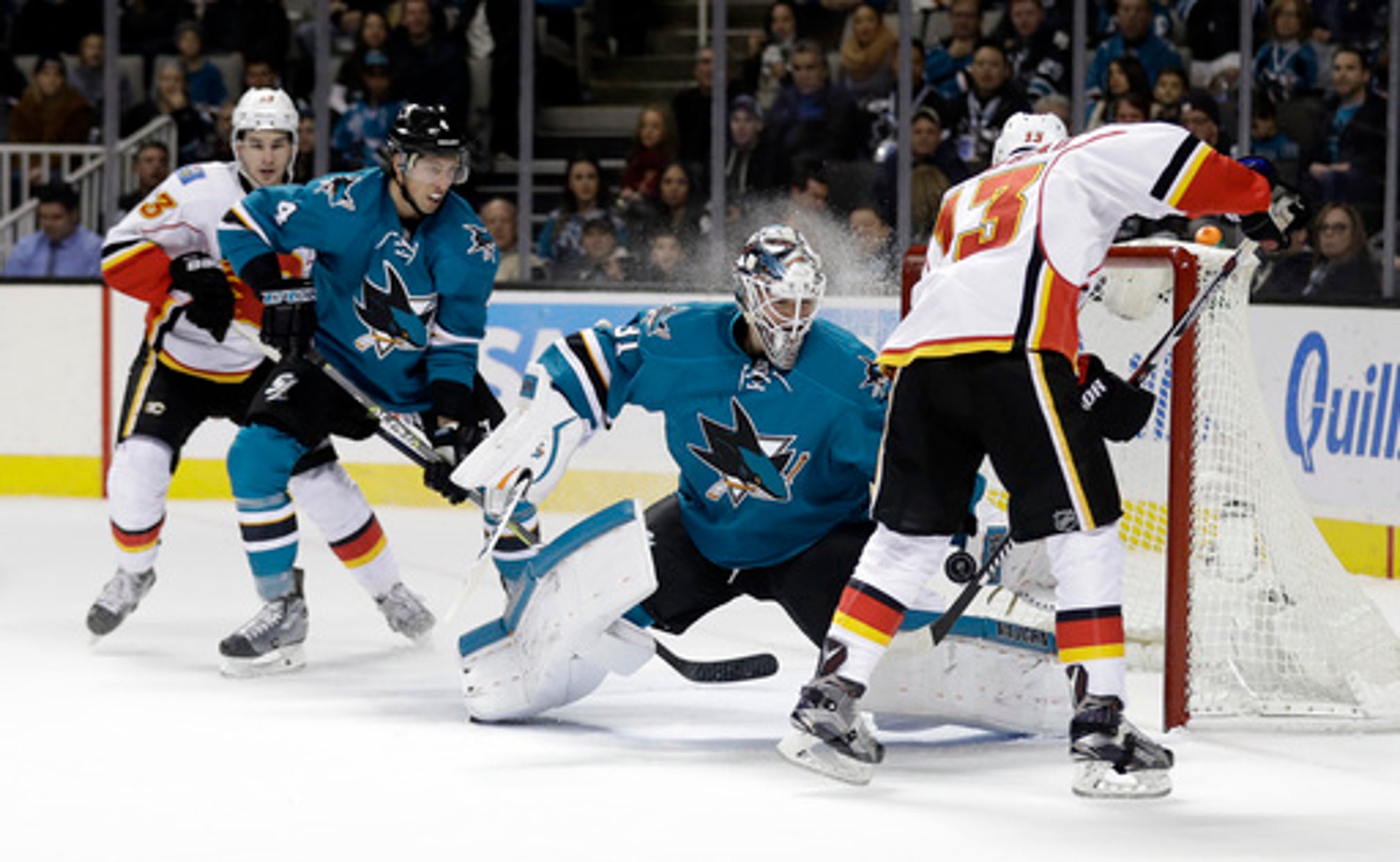 SAN JOSE, Calif. (AP) Joonas Donskoi forgot the feeling of scoring and once he got it back, he wanted to continue it.

''You get the one goal and it kind of gets you going a little bit,'' Donskoi said. ''Everything feels easier. I don't know why but something opens up mentally maybe. I hope I'll get more.''

Patrick Marleau and Paul Martin also scored for the Sharks, who are 7-2 at home since dropping two in a row in early November. Martin Jones stopped 20 of 21 shots for his fourth victory in five starts.

''He's such a good player. It's only a matter of time he gets his opportunity, he works so hard,'' Martin said of Donskoi. ''Sometimes he just has to put it to the net and good things happen. I was happy for him.''

Sam Bennett scored for the Flames, who lost for just the third time in 10 games. Chad Johnson recorded 30 saves in 34 chances.

''It was a tough game all the way around,'' Johnson said. ''We didn't start the way we wanted to and we took some penalties. In the second period, they came at us and they made plays, got deflections. They're tenacious around the net.''

The Sharks muscled up to score four times within an 11-minute span in the second period, which included Donskoi's first career multi-goal contest.

''We kind of broke through in the second period,'' Sharks captain Joe Pavelski said. ''Each line fed off each other.''

Marleau was in front of the net when Marc-Edouad Vlasic's shot bounced off Johnson's pads and to his stick, from where he nailed the easy shot.

Less than four minutes later, Martin took an awkward shot from about 15 feet away that appeared to knuckle and bounce over a couple of sticks and gloves into the net.

Donskoi's first goal was set up when Tommy Wingels kicked the puck away from Johnson, took it behind the net and passed to an open Donskoi.

The second goal came when Donskoi picked off an attempted clearing shot just in front of the net.

Sam Bennett got the Flames on the scoreboard early in the third period after taking a nice pass from Matthew Tkachuk, who has six assists over the last five games.

''Our start wasn't good. They were all over us,'' Bennett said. ''In the second, we came out flat again. They were doing everything we should have been doing. They were getting pucks deep, they were not turning it over and we really didn't do any of that tonight.''

NOTES: Sharks C Joe Thornton became the 37th NHL player to appear in 1,400 games. With Patrick Marleau, whose played in 1,444 games, it becomes the third occurrence of teammates with 1,400 games played each and the first since Mike Modano and Niklas Lindstrom with the Detroit Red Wings in 2010-11. ... Martin recorded points in back-to-back games for the first time this year. ... Sharks' Timo Meier appeared in his first NHL home game. ... The Flames recorded points in each of their previous four road games and six of seven overall. ... Johnson entered the game with a 2-0-1 mark and a 1.64 GAA against the Sharks.

Flames: Host Vancouver on Friday night to start a stretch of four of five at home.