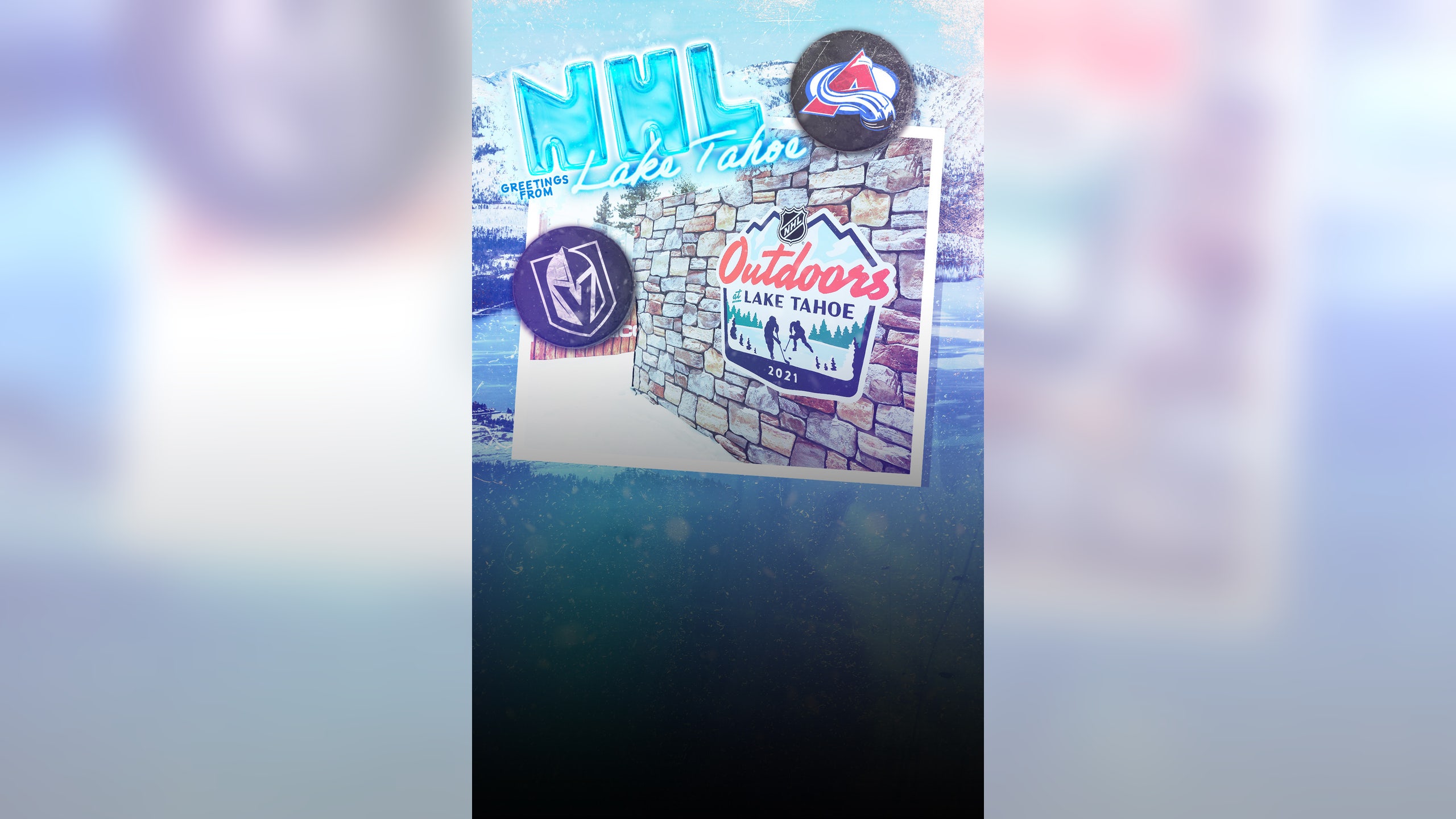 Welcome to hockey with views of the mountains and the water.

The first of two NHL Outdoors games to be played this weekend along the scenic Lake Tahoe shoreline features the Las Vegas Golden Knights taking on the Colorado Avalanche.

This season's outdoor experience is unlike anything hockey fans have ever seen, and with no fans in attendance, the game is being covered from every angle for viewers at home to enjoy.

However, the sun off the lake was more than the NHL bargained for, as melting ice caused Saturday's game to be delayed after the first period and postponed until 9 p.m. PT.

The Knights are playing in their first outdoor contest, while the Avalanche are seasoned veterans in the great outdoors, with Saturday representing their third outdoor game.

Las Vegas and Colorado have seen a lot of each other lately. Saturday marks the third of four straight meetings between the two teams in a nine-day span.

Fans at home are loving the views.

Some fans were on site after all, as spectators got creative about how to watch the game from the pristine water of Lake Tahoe.

The Avalanche took the lead early when Samuel Girard scored his second career outdoor goal in the first period, with assists from Nathan MacKinnon and Mikko Rantanen.

Goaltender Marc-Andre Fleury tried to track the puck, but it didn't quite bounce his way.

Fleury found his footing and made an unreal stop in 5-on-3 late in the first period.

The fans found a way to voice their appreciation.

After the first period, the game was delayed because of melting ice. The league announced that things will resume at 9 p.m. PT Saturday. Sunday's game was also moved from midday to evening.

Prior to the announcement, spectators reacted to mother nature's impact on the action.

Check back Sunday for more top moments from NHL Outdoors!