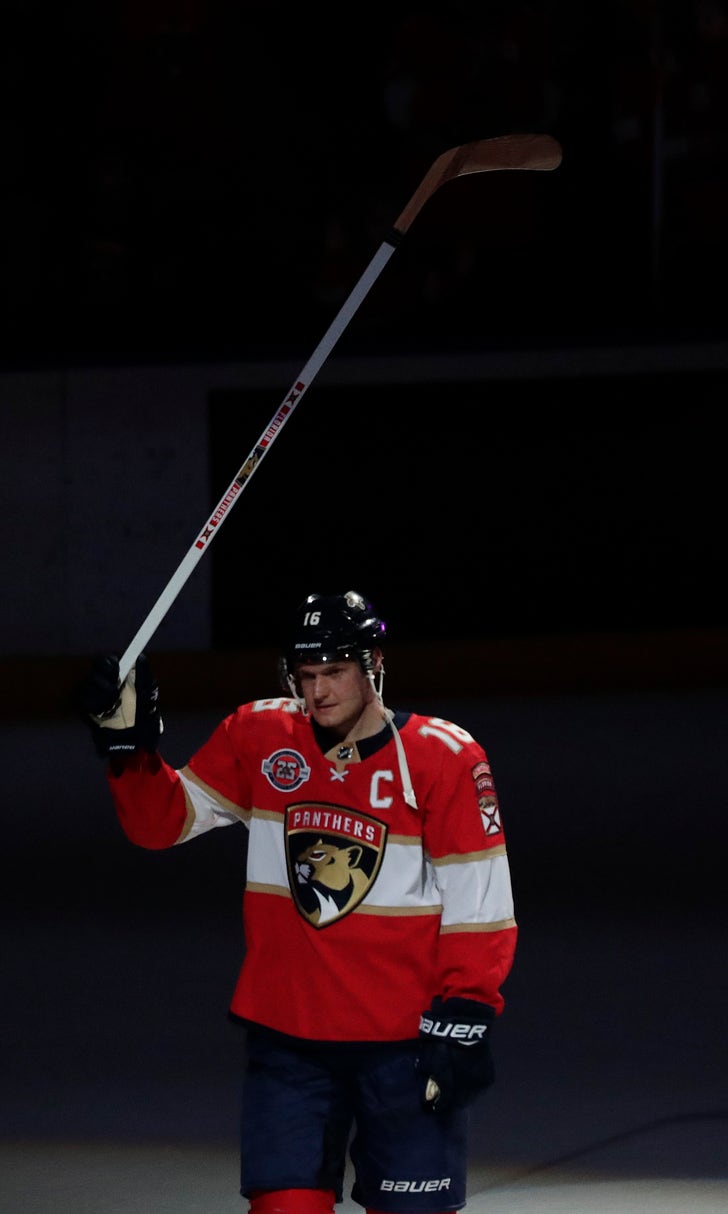 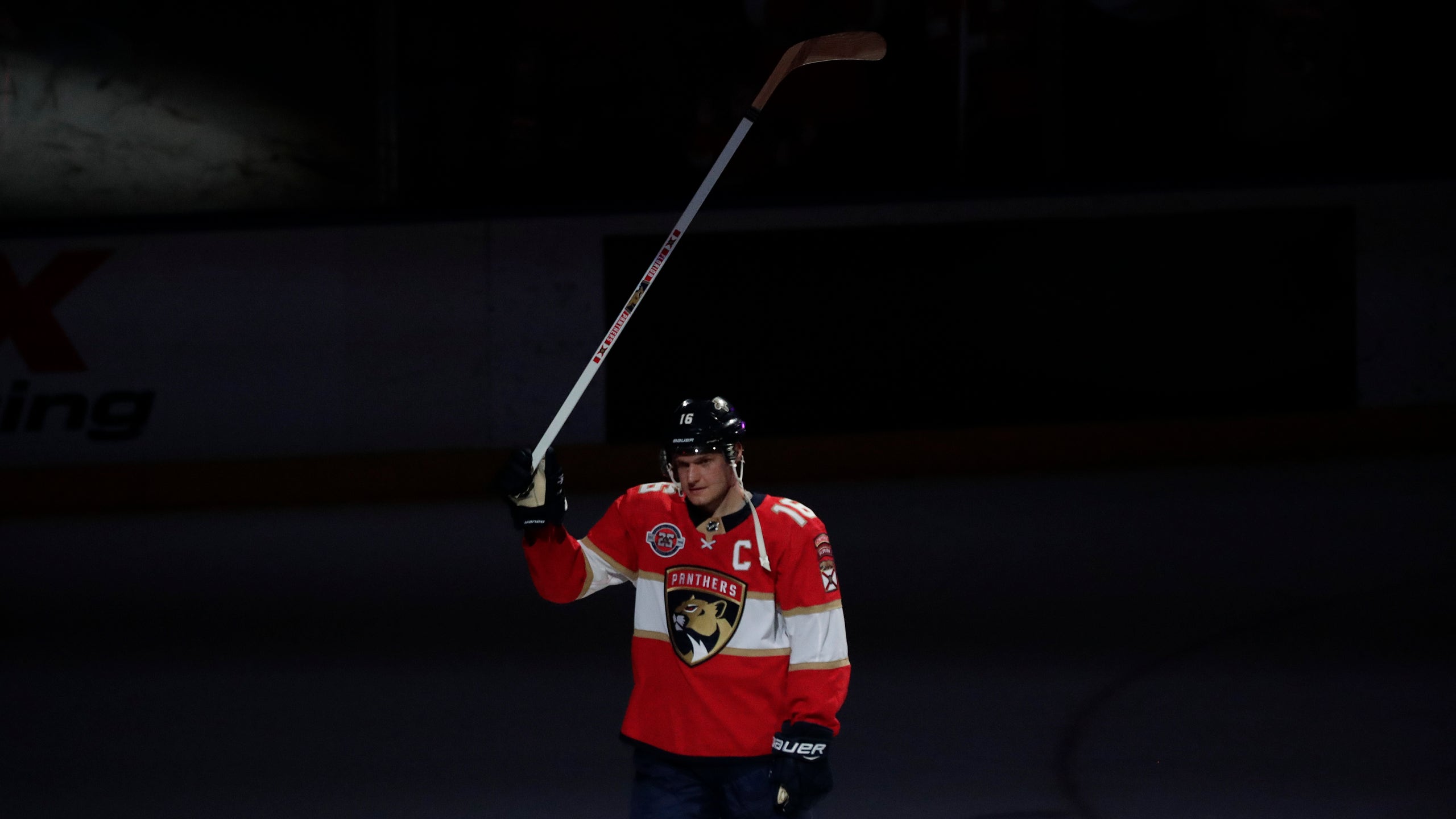 Barkov got his second career hat trick and the Florida Panthers beat the Montreal Canadiens 6-3 on Sunday night.

Barkov's second goal gave the Panthers a 4-3 lead on a spectacular shot with 2:11 left in the second. Barkov skated in on goalie Carey Price, then, with a defenseman on his back, shot from between and behind his legs in front of the crease, flipping the puck high into the net.

"I've seen those (types of goals) in the YouTube and in highlights, and I was just dreaming about maybe one day I can score that kind of goal," Barkov said. "I think I've tried that like 17 times in my career. It worked (for) the first time. I'm happy, but, of course, more importantly we got the two points."

Barkov also had an assist to give him his third four-point game of his career.

"That was the prettiest goal I've seen all season," Panthers coach Bob Boughner said of Barkov's second goal. "That was nuts, and he stopped hard at the end before he did his move. We just looked at it on the bench with disbelief that he could pull that off with that kind of speed."

The Panthers have won eight of their past 12 games, while Montreal lost its fourth straight.

"We're going through a tough stretch right now," Canadiens coach Claude Julien said. "Nothing seems to be easy right now and that's what slumps are all about."

Max Domi scored twice for the Canadiens and Brendan Gallagher also had a goal. Antti Niemi allowed three goals on nine shots before being replaced by Price, who finished with 24 saves.

Barkov swept the puck past Price from in front at 9:13 of the third to stretch the Panthers lead to 5-3 with his third goal of the night. Barkov's first hat trick came on Dec. 15 in a 4-3 win over Toronto

The Panthers had a potential goal by Jonathan Huberdeau overturned at 3:44 of the third when Montreal successfully challenged for offsides.

Domi tied the score 3-all on his second goal. Domi tipped in a pass from Mike Reilly at 5:18 of the second.

"We did a good job of coming back in and even though we weren't on our game completely we managed to make a game out of it," Domi said. "Too little, too late and they capitalized again."

Barkov gave the Panthers a 1-0 lead on his power-play goal 3:59 into the game. He poked a rebound between the pads of Niemi 7 seconds into the power play.

Malgin's shot from the high slot went over the glove of Niemi to make the score 2-0 at 11:28 of the first.

The Canadiens pulled within one when Domi shot from the slot and beat Reimer with just under 7 minutes left in the period.

The Panthers regained a two-goal lead when Vatrano's shot went off a Montreal defenseman's stick and past Niemi with 6:03 left in the first. Niemi was then replaced by Price.

Gallagher pulled the Canadiens to 3-2 when his shot bounced off Reimer and into the net with 3:14 left in the first.