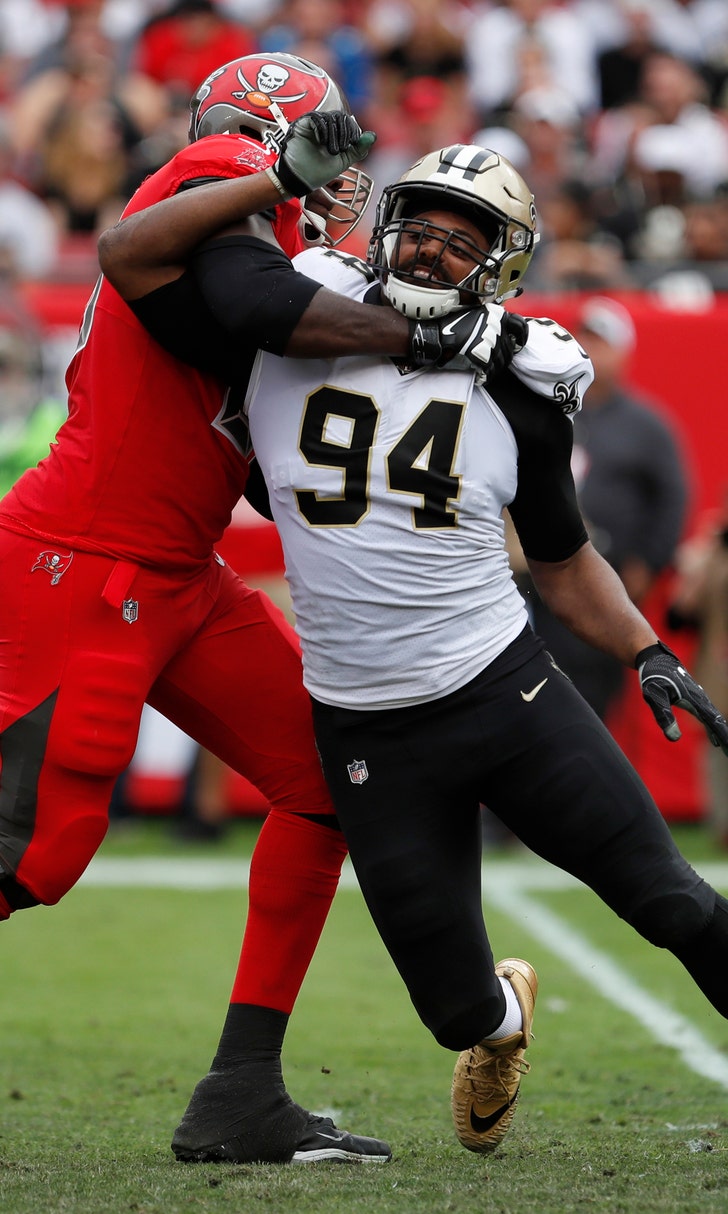 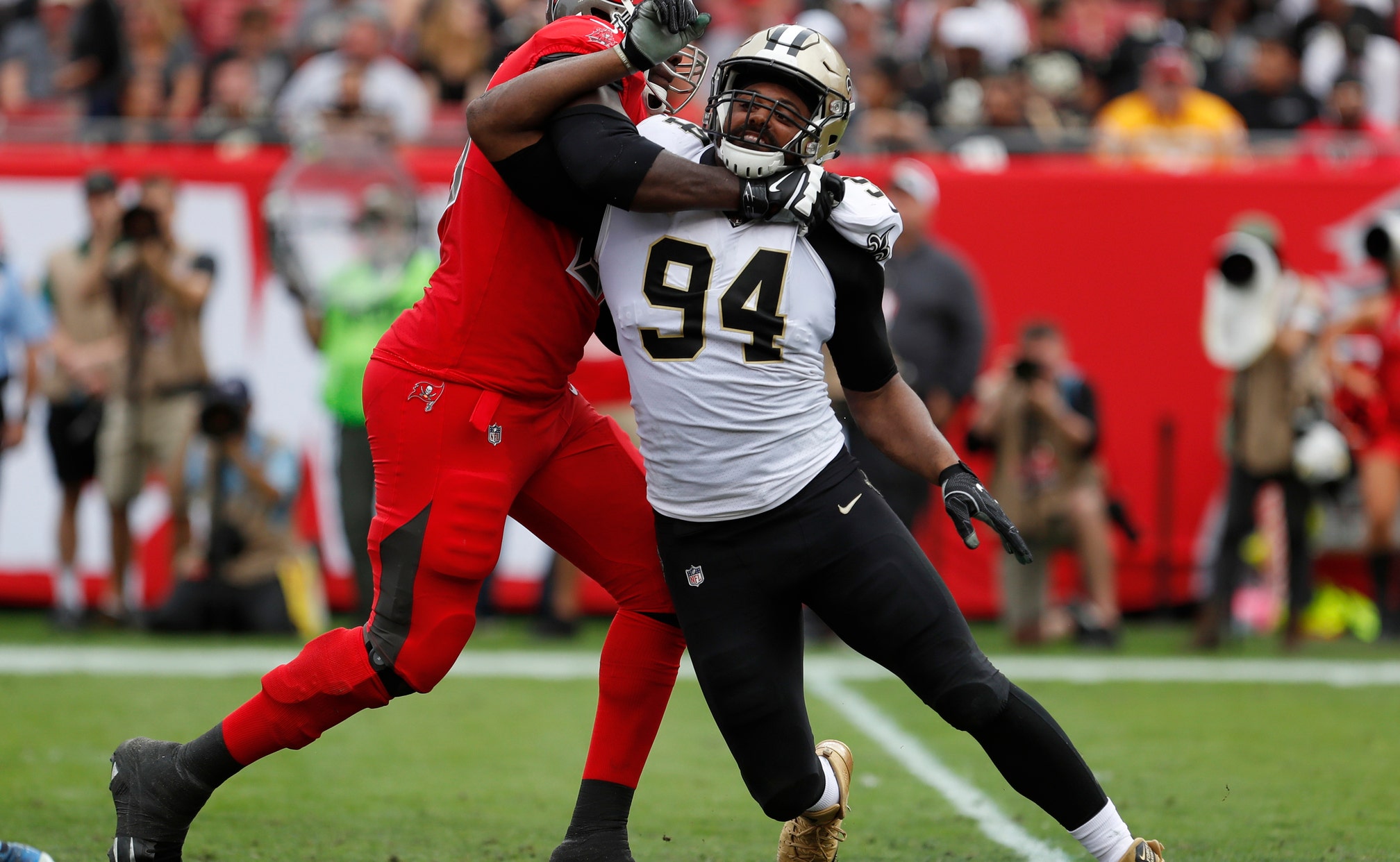 NEW ORLEANS (AP) — While Saints defensive end Cameron Jordan stressed that New Orleans doesn't fear going on the road in the playoffs, he readily acknowledged the advantages of staying in the Superdome.

"That would be huge," said Jordan, referencing what he calls "dome-field advantage."

The Saints did fine on the road this season, going 7-1. They won't finish any better in the Superdome, where they are 5-1 with two regular-season home games left. But New Orleans' offense generally has been better at home, where Drew Brees' pre-snap instructions — and center Max Unger's line calls — are easier for teammates to hear. The Saints have averaged about 38 points at home, but their road scoring average dipped about nine points below that after three straight road games in which they were held to 28 or less in each game and to 12 or fewer points twice.

"It's been almost a month since we've been at the dome, so it'll be nice to be back in there," Brees said. "Obviously we've got a lot going for us right now — a lot at stake."

In reality, the Saints don't have that much riding on Sunday's game — certainly not as much as the Steelers, who could still win the AFC North but haven't clinched a playoff berth yet. New Orleans already has won a second straight NFC South crown and will finish as a top seed even if it splits its next two games. But from the standpoint of offensive production, playoff history and promoting optimal health, the Saints know they'd be best served by beating Pittsburgh.

In franchise history, the Saints are 1-7 in playoff games away from the Superdome. Since coach Sean Payton and Brees arrived in 2006, the Saints have not lost any of their five home playoff games. The one season they won the Super Bowl, they were the NFC's No. 1 seed.

In fact, no Super Bowl participant has won a single road playoff game since the 2012 Baltimore Ravens won at Denver and New England en route to their title-winning tilt with San Francisco in New Orleans.

Meanwhile, key Saints players could get as much as two weeks rest — the regular-season finale and the playoff bye — if New Orleans wins this week.

"Rest is much needed to get our bodies right," Saints cornerback Marshon Lattimore said. "Take a week, or two (off) if we clinch it this week. Hopefully rest the starters for the last game."

The Steelers can't worry about rest — not even after improving their postseason outlook with a victory over New England last week.

Some other prominent story lines surround the Steelers' visit to the Superdome:

Despite a significant slowdown offensively during their past three games, the Saints went 2-1 during that stretch because of strong defensive play.

New Orleans, which struggled defensively early this season, has not allowed any of its past six opponents to score more than 17 points and has held two teams to less than 10.

"The offense was really getting us through the games at the beginning of the season and the roles flipped," Lattimore said. "Nobody pointed fingers. We just got the job done. That's the biggest thing, just playing as a team."

Steelers rookie running back Jaylen Samuels will start his third straight game in place of injured Pro Bowler James Conner, who is hobbled by a sprained left ankle.

Samuels, a fifth-round pick, lit up New England for 172 total yards. Not bad for a player who was asked to work out as a tight end at the NFL combine. The going could get considerably tougher against New Orleans, which leads the league in rush defense (79.1 yards per game).

Brees is the third high-profile quarterback the Steelers have faced in four weeks, joining New England's Tom Brady and Philip Rivers of the Los Angeles Chargers. Roethlisberger, who only knows Brees casually from run-ins at the Pro Bowl, isn't sure Brees has gotten enough credit for his record-setting career.

"He's incredibly athletic ... and a tireless worker," Roethlisberger said. "Not really known for a huge arm, but can pretty much make any throw. I have a lot of respect for that guy."

Jordan, the Saints' sacks leader, sounded incredulous when a media member referred to Roethlisberger as a "future Hall-of-Fame quarterback" during an interview in New Orleans' locker room.

Grimacing and turning his head sharply, Jordan said: "It that true? Really? In this era? You'd put him at like a top three of this era? Top five of this era?"

This season, Roethlisberger's 4,462 yards rank second behind only Kansas City's Patrick Mahomes in the NFL.

Jordan, a first-time All Pro last season, has 12 sacks to go with 17 tackles for losses, a forced fumble and fumble recovery.

Pittsburgh Steelers
share story
those were the latest stories
Want to see more?
View All Stories
Fox Sports™ and © 2020 Fox Media LLC and Fox Sports Interactive Media, LLC. All rights reserved. Use of this website (including any and all parts and components) constitutes your acceptance of these Terms of Use and Updated Privacy Policy. Advertising Choices. Do Not Sell my Personal Info